With an already impeccable resume of production and collaboration credits traversing the likes of Griff, Sigrid, Fred Again, and Ed Sheeran, Tottenham-hailing Sam Tsang – aka Congee – is using tools he honed over the pandemic to craft his own multi-faceted creative universe.

Stepping out from the shadows of the producer’s den alone looks to have been a seamlessly natural progression for Congee. Stay-at-home orders (however suffocating or fruitless they might have felt at the time) forced us all to look more introspectively. Our only entertainment came from the spaces around us, and for many of us in our twenties and thirties, that meant being back at the homes we were raised in. It might not initially seem like an inspiring spot to be in, but the situation he found himself in headed the way for Tsang’s sublime debut EP, KWONG.

Intimately crafted almost entirely by his own hand, indeed from his own home, it merges slick, alt-pop grooves that wrap tenderly around self-reflective, family-oriented musings. Born and bred in London to Chinese-immigrant parents (neither Congee nor his mum can fluently speak one-anothers languages, which is where ‘Be Alright’ takes its inspiration from) and never really knowing what or who to describe as home, KWONG feels like an honest exploration of identity and belonging. At the core of all of this, and indeed of Congee the artist, is something unexpected: food. The ritual of eating with family, the comfort of a home-cooked dish, the cultural significance of it, and the meaningfulness of the time spent as a household preparing it. Congee the musician was born out of an amalgamation of all of these things; even his artist namesake derives from the porridge-like dish of Asia.

That Tsang can take such inspiration from something as seemingly innate as what’s on his plate that day speaks to his creativity. As well as directing his own dad in the music video for Honest, and designing the clothes he’d wear for the appearance (with the help of a few online tutorials), Congee frequently collaborates with like-minded illustrator Calum Heath for bespoke, representative, East-Asian inspired imagery that brings his music and his story even more to life. The fruit of it all is an artist who, only at his inception as a standalone musician, is as enchanting and exciting as a seasoned pro.

Congee’s new single Forever and his debut EP KWONG are out now. 1883 Magazine caught up with him ahead of its release below.

Could you introduce yourself to us and tell us a bit about how Sam Tsang became ‘Congee’?

Hi! My name is Sam Tsang and I’ve started a project under the name ‘Congee’. I started playing guitar when I was around 14. I would go on ultimate-guitar.com and try to learn songs from the top 100. I later discovered logic and was hooked. Before the pandemic I spent most of my time producing and writing songs with artists then during lockdown I found myself itching to make something that I could call my own so then I started ‘Congee’.

Your debut is an excellent introduction to you as an artist. Can you talk a bit about how you made the pivot from producing with artists like Griff and The 1975 to releasing your own stuff?

Thank you! Lockdown was the culprit. I’ve always had a part of me that wanted to make my own songs but I was never confident enough to try. During the lock down I wasn’t working with artists that much because all of the sessions were done on zoom, which wasn’t really for me. I found myself making lots of ideas and then I’d think to myself ‘Why don’t I try and write a song over these ideas’. Next thing I know I’m making an EP. 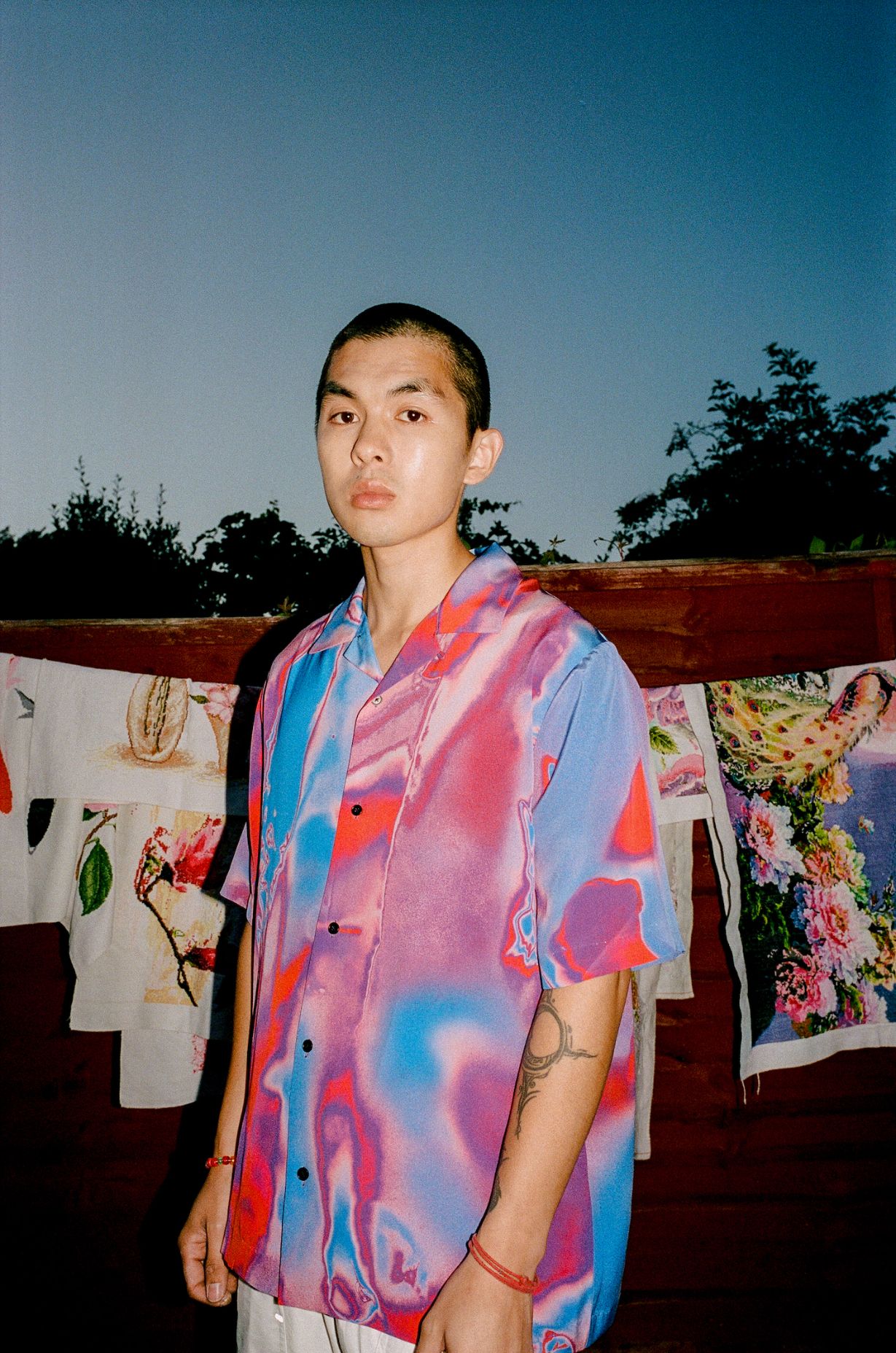 Everything on the record feels really personal. It feels like you really used it to explore and seek to better understand yourself and your identity. Could you talk a bit about the record and what making it has meant to you?

Growing up there were very few Chinese families in the area. I always felt different from my friends and their families. At the time all I wanted to do was to fit in. It’s only been recently that I’ve embraced my upbringing, culture and identity. ‘KWONG’ provided me with a space to talk and reflect on these things. It’s been a very healing process for me.

And the title, ‘KWONG’ – what is the meaning behind it?

I love the illustrations you and Calum Heath worked on for the Congee ‘world’, and the fact you’ve been hands-on in directing and even making outfits. You refer to ‘Congee’s World’ sometimes, I wondered in what other ways you might like to grow and experiment with the ‘Congee World’ creatively as you progress as an artist?

First of all, big shout out to Calum. When I started producing he would say to me ‘you need to start your own project’ I was always like ‘there’s no way’. When I eventually decided to start ‘Congee’ I called Calum up and said ‘It’s time’. He’s made the visual world of ‘Congee’ come alive. This wouldn’t have been possible without all his work and talent!

I would love to carry on getting involved with all areas of the creative. More music, More clothes, more videos! I just like creating things. 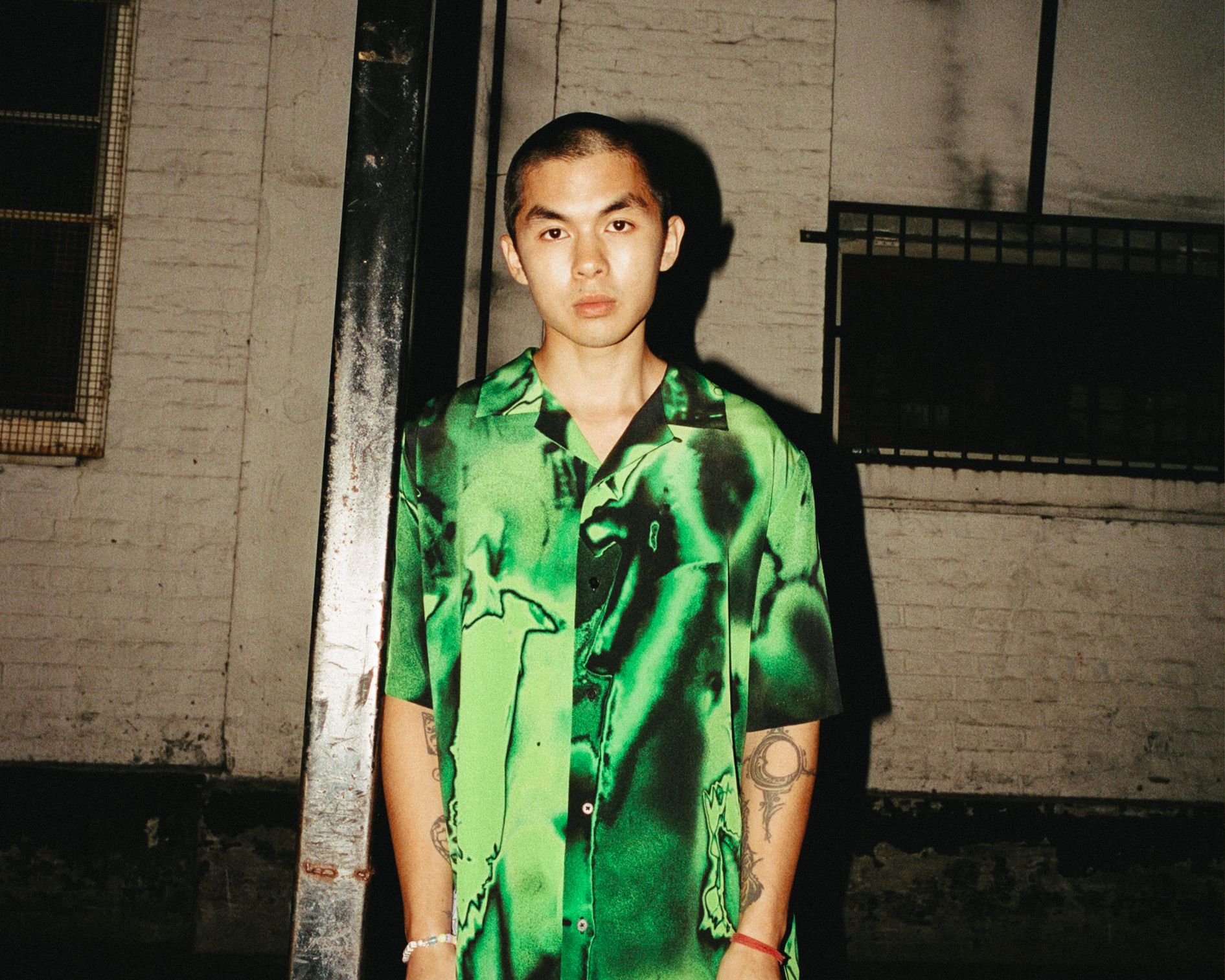 You talk about language barriers with your mum in Be Alright, and later how food and mealtimes have always been used in your home to transcend those barriers. So what does a typical meal with the family look like?

For me the best thing about meal time in Chinese culture is the sharing of food. Mum will always cook up a few different dishes like chicken, fish, soup, veggies, tofu. Everyone will have a bowl of rice and you’d get to try a bit of everything.

Growing up born in Britain to immigrant parents, did you find it difficult to keep in touch with and maintain a sense of belonging to different cultures and identities?

Sadly growing up I didn’t really care about that stuff. I just didn’t want to stand out and seem different to everyone. Such a shame. I feel like now I’m playing catch up. All I want to do is learn more about different cultures including my own.

That’s always been a tricky question for me. I’d consider London my home but really anywhere where your people are at.

Are there any other traditions or customs or even just hobbies you use to connect a lot with your parents/family, specifically your mum, that really overcome the need for speaking the same language?

We used to play a bit of table tennis together in the kitchen which is shown in the honest music video.

Outside of family and friends, what or who inspires you the most creatively?

I love to go climbing. When I’m not making music I’m usually climbing. I find I get a lot of ideas scrambling up a wall. 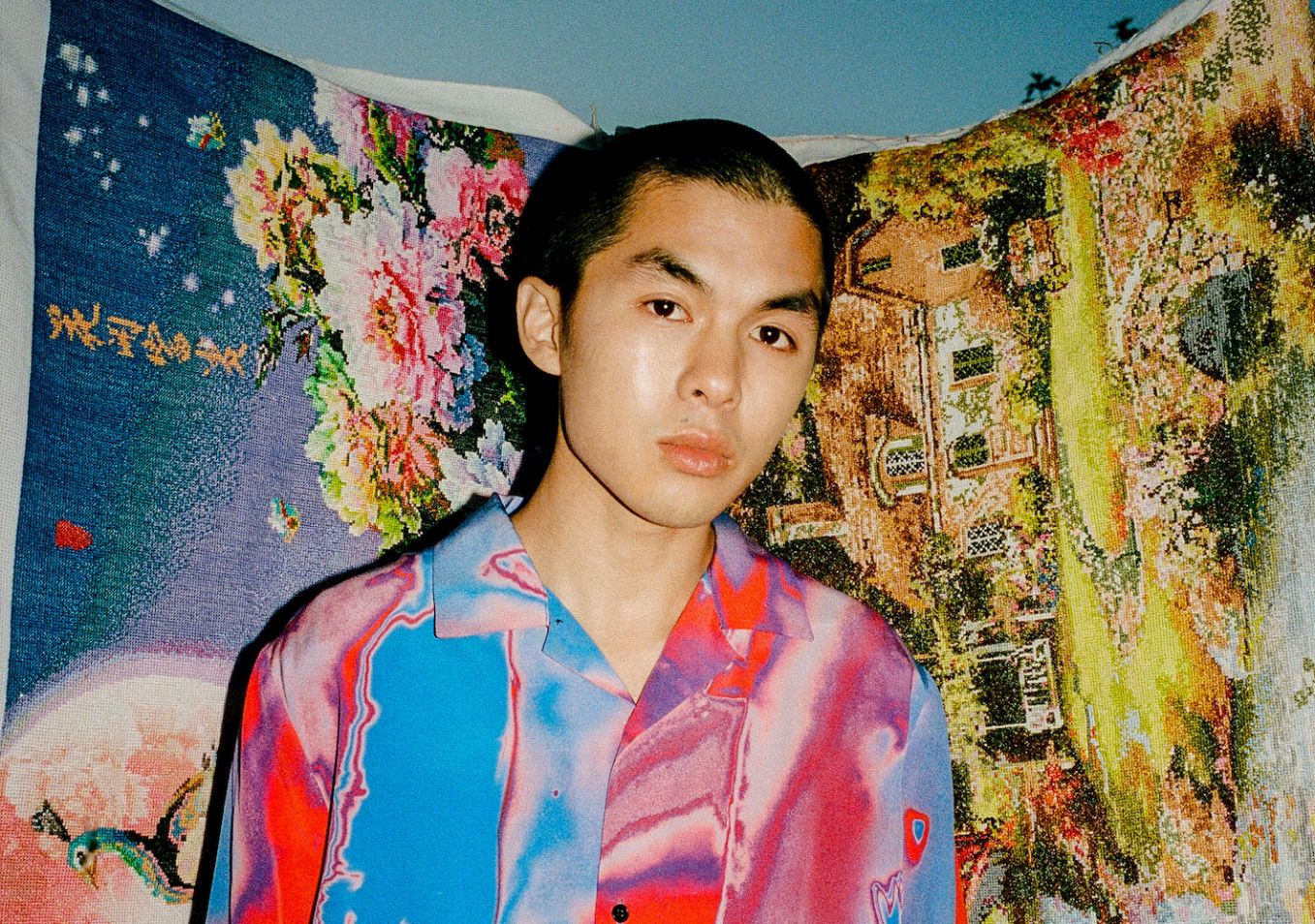 I love that your dad was the main actor in the video for Honest. That must have been a good bonding experience, too. Will the fam continue to make appearances in future vids? And would you like to keep self-producing music videos even post-pandemic?

Thanks! We’ll have to see! Yeah I’d love to make another music video.

It’s just a simple video following your dad’s routine, but it’s really serene to watch someone else just go about their day isn’t it? How about you – what has your typical routine looked like while making this record?

I would wake up around 8. Go for a walk for about an hour. Get home and eat. Start making music till about 7 then go for a climb.

Kwong is out now.