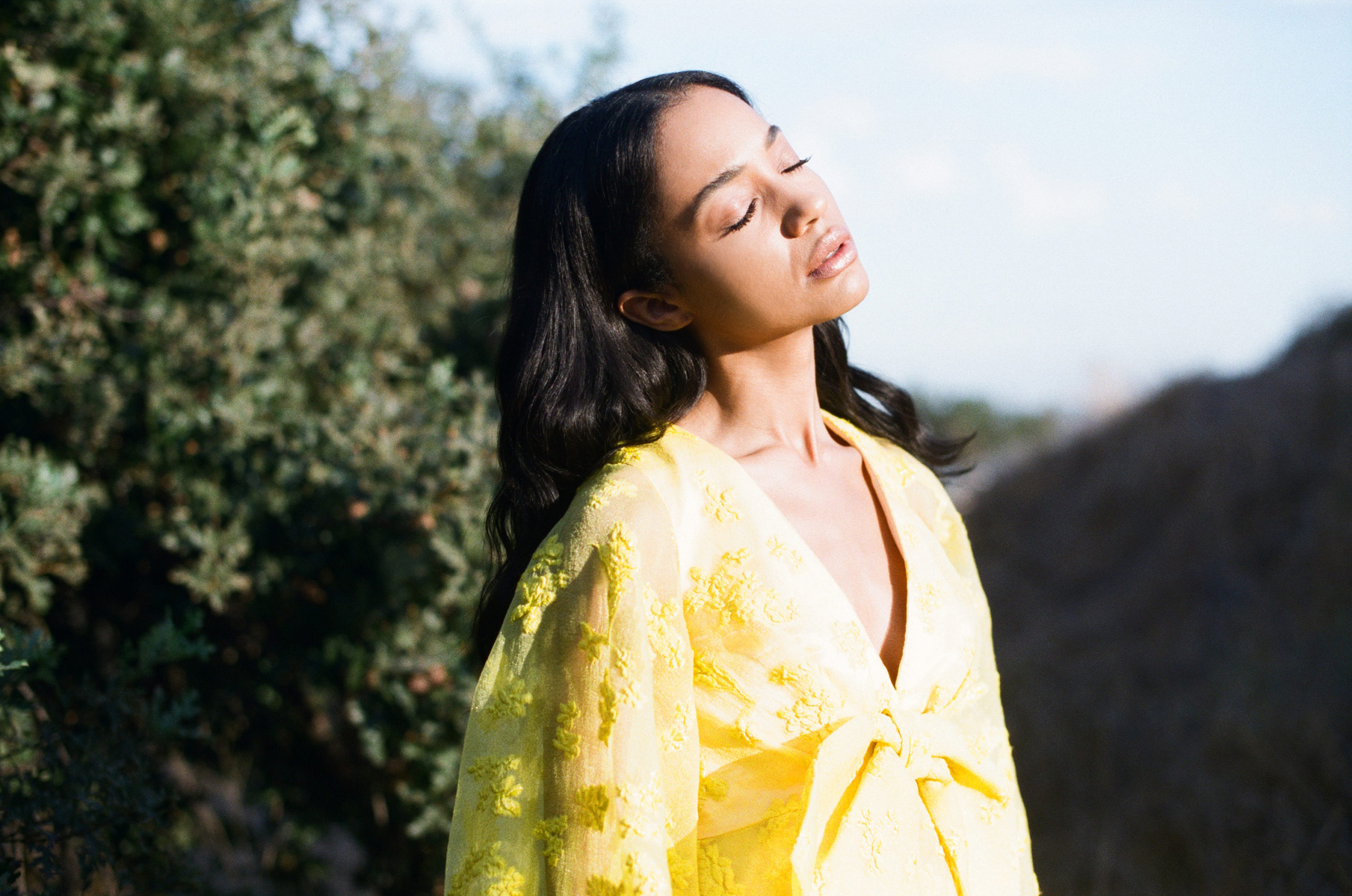 She’s a writer, she’s a scholar, newly-wed and all-around superstar. In amongst her busy schedule, honeymoon planning, and self-care routines, Erinn Westbrook sat down with us to answer questions we’ve all been dying to ask.

She discusses her return playing Magnolia for season two of Insatiable, what she and her new hubby do in their spare time, what it was like writing for the Harvard Crimson during her undergrad. Take a peek into the interesting mind that is Erinn Westbrook. You’ll wish you were this interesting.

First of all, congratulations on your recent wedding. What was it like planning a wedding while also shooting/working? What was the biggest struggle?

Thank you so much! I was filming in Atlanta, my husband was working in New York and we were planning a wedding in St. Louis [with vendors from all over the country!], so there were a lot of moving parts to deal with. We got most of the major stuff done before production started up, but there were still so many decisions to make. Luckily, I didn’t have to work every single day and so I spent time off catching up on wedding to-dos. We had great planners who kept us organized and on track. I honestly could not have imagined the process without them. I am a super visual person, so the biggest challenge was definitely figuring out times when we could get home to see everything and make headway in person. Despite the juggling act, everything turned out well. I am proud of my work as Magnolia this season and our wedding weekend was the most magical. On your Instagram you hinted at a minimoon, are there any plans for a real honeymoon in the future?

Good eye! Believe it or not, I went from one show [Insatiable] to the next [The Resident], so I had to go back to filming shortly after our wedding. My husband and I were determined to sneak away for at least a few days though, and we made the most of it. We went back to one of our favorite places on the Big Island of Hawaii, which was just easy and relaxing. Plus, we have so many memories there, so it was special. We will head to French Polynesia for a longer honeymoon next year.

What was your favorite part of shooting Insatiable season 2?

My favorite part of shooting Season 2 was reuniting with my girl, Magnolia Barnard. For me, Season 1, was all about piecing her and her world together. There was a lot to learn and figure out. When we started filming Season 2, Magnolia was no longer an enigma to me. I felt like I really knew her, and it was cool to head into the second season with a clearer perspective. I have to say, I really enjoyed Magnolia’s arc and journey of self-discovery this season. She experienced a lot of growth. She was more open and vulnerable, and she touched on a couple of things [i.e. her identity and her sense of otherness] that resonated with so many of our viewers. I loved continuing her story. Are there talks of a third season? Anything you can tell us?

I haven’t heard anything official. Our fans have been great, though. They’ve come up with incredible [and hilarious] fan fiction and they pitch story ideas on the regular. I appreciate how passionate they are.

You also wrote for the Harvard Crimson and are writing again. What are you writing about?

Yes, I loved my Crimson days! I am always working on something. I journal a ton and I’m constantly jotting down interesting quotes, memories, goals — the typical musings. I just wrote an Op-Ed for the Washington Post’s ‘The Lily’ about my thoughts on diversity in Hollywood. I reflect on the progress that has been made in the industry, while also noting a couple of the challenges that still exist and my hopes for the future. I definitely plan to release more pieces and projects, so stay tuned.

Out of all the characters you have played, [Glee, Awkward, Insatiable] who would you say you are most like? Who was the most interesting or different character you played?

My characters on Glee, Awkward and Insatiable, while different, all share the common trait of ambitiousness. Bree is the caption of the Cheerios; Gabby is a Stanford-bound tennis star and Magnolia is the ‘one to beat’ in the pageant world. They are all driven and really give things their all, and it shows. I am highly motivated, and I work hard so I can relate to all three of them, in that regard. I would hope that I am most like Gabby Richards on Awkward, though. She never let her ambition or competitive spirit get in the way of her heart. I don’t remember her ever being manipulative or mean to anyone.

In terms of the most interesting character I’ve played…well, the character I’m playing now on The Resident [Adaku] is very different from the roles I have taken on in the past. She is a breast cancer survivor and is currently in the midst of a high-risk pregnancy. I’ve lived all of these huge, really intense, life-changing, ‘adult’ moments with her. Adaku is headstrong and fearless, while also remaining fully composed. She is extremely spiritual and serves as a calming force in the life of her best friend [Dr. Mina Okafor]. Thankfully, I have no personal experience with the challenges Adaku encounters, but I am working hard to tell the story authentically for those who do. Would you ever get back into modelling? How do you feel this shaped your career? [Along with work on MTV].

Modeling, broadcast journalism and acting are all different forms of art within the sphere of entertainment. I feel like they all lend themselves to one another, so my professional trajectory felt really natural. While modeling, I had to focus on body position and angles. I learned about lighting and how to physically get the most out of different shots. I also had to learn how to take direction and shift between actions and attitudes.

On MTV, I was literally hired to be myself in front of a camera. However, in the pop culture broadcast journalism world, especially on a network like MTV, you do have to amplify your personality a bit. I did feel like I was performing, in a way.

Both sets of experiences helped me get comfortable in front of the camera and so, by the time I got to auditioning and acting for television and film, I felt confident and prepared. Outside of work what else do you like to do? What’s a typical day in Erinn Westbrook’s life?

Top of the list is always catching up with my people. I see my family and friends as often as I can. I just found out I have a day off next week that I wasn’t expecting, so I am heading to Chicago to squeeze my baby nephew for 24 hours. I recently planned a quick trip to visit friends and see some theater in London. On weekends, Andrew and I love a good day trip!

Apart from spontaneous adventures and writing, I enjoy all things wellness and self-care. You might find me hiking, attending a cool workout class with a friend or heading to Shape House for a good sweat. When I am working for weeks at a time, I try to get massages and facials often to keep me feeling and looking like the best version of myself.

In the midst of the craziness — travel, work and auditions — I have to remind myself how important it is to slow down and check out from time to time. I love turning off my phone and picking up a good book. I finally got my hands-on André Aciman’s ‘Find Me’ [I have been waiting for this!] and am looking forward to a cozy day at home to read it.

Insatiable Season 2 is now streaming on Netflix!
Season 3 of The Resident is currently airing every Tuesday on FOX!
Erinn Westbrook FOX Insatiable netflix The Resident
previous post next post