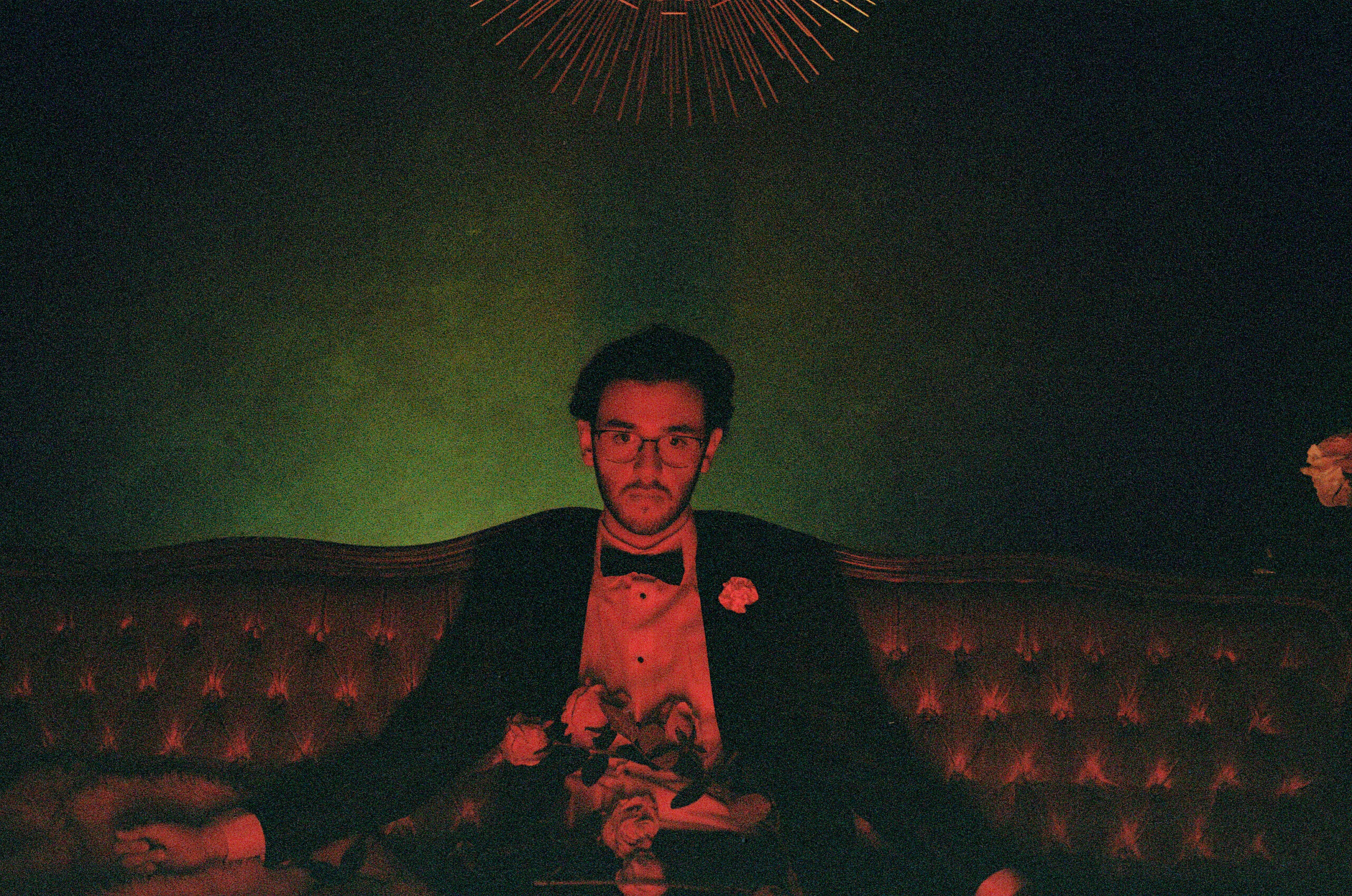 Following the release of his Grammy Press Play feature, 1883 catches up with Toronto singer-songwriter Chris Grey about his new track Seamless.

You released your debut single back in 2018. How have you grown as an artist since then?

I definitely put a lot more thought and time into my lyrics now and will revisit songs and rewrite them sometimes. Also, a big difference is that my songs are way more authentic and true to me now. At the time I honestly didn’t have many things to write about and so I would create stories and turn them into songs. Now my songs are very based on my life and how I’m feeling when I write them. I’ve also started incorporating more live instruments in my music. Seamless for example has live violin, guitar and drums.

Can you tell us a bit about your latest single “Seamless” and the inspiration behind it?

My girlfriend and I had recently crossed the line between being friends and co-writers to dating. We were joking about being seamless together and also how seamlessly we had moved from working together to being a couple. She started joking around singing ‘with you it’s just seamless’ and we both looked at each other and realized that would be a cool song. We got out of bed and instantly started bouncing off rhymes and writing the song.

Was there something that you learned about yourself while writing “Seamless”?

I used to make my songs completely by myself but lately I have really leaned into co-writing and working with more musicians on my songs. I worked with Allegra Jordyn to co-write the song and I brought on Oscar Rangel, a guitarist in the Canadian metal scene. We worked on the guitar solo together and it really took the song to a whole other level. I also worked with a drummer on adding some live drum elements and trusted his instincts to bring a groove to the drum track. This was the first song that I brought in a violist for and I was really excited about that because it is the first thing you hear at the beginning of the song. I think I learned that balance between knowing what I want from the musicians and also giving them some free rein and trusting their instincts.

“Seamless” is the fourth release of this year from you — can we expect an upcoming EP? What will be the thread that connects all of the songs together?

Yes! Seamless is part of my upcoming EP coming out early 2022. The EP has a thread and kind of a story connecting the songs. Seamless is track 2 so it’s pretty early on in the story.

This week you’ll be featured as a Grammy “Press Play” artist. Can you tell us a bit about the series? What was it like to film? What does it mean to you, as an artist, to be included in such a prestigious selection of talent?

The Press Play series was started in 2018 and features a different artist each week. I was shocked when my publicist called to tell me they wanted to feature me! The performance was super fun to film, we rented a big warehouse and lit it up with lights and haze. It was a pretty late shoot so we were a little tired at first but once we started the performance I think the adrenaline kicked in for everyone. I was buzzing on the drive home. It was a really validating moment to be included with some other incredible artists and to be recognized in that way by The Recording Academy.

I think on the writing side it’s always come naturally to me but for a long time I would never release anything because I didn’t want people I knew to hear it. I actually kept it a secret that I made music all throughout high school and only told a few people. Now it doesn’t really phase me and I’ll release even the most personal songs.

Your visuals are always quite unique in regards to telling a cinematic story, are visuals something you think about when you’re writing or do you figure it out after?

It varies song to song but sometimes I’ll have a visual in mind while I’m writing and that actually inspires the production or lyrics. Other times it’ll come to me after when I’m planning a video. I’ll still usually have a rough idea for the vibe of the visuals when I write the song though. My music will have a very distinct colour when I’m working on it and I try to make sure the visuals incorporate that.

I sometimes joke that I do all the over-thinking so my listeners don’t have to. When I write songs, there is a part of me that is processing my thoughts and feelings and I love when I hear that one of my songs really resonated with someone. It is so powerful to hear lyrics that explain how you’re feeling in a way that you couldn’t describe until you heard the song. One time a fan messaged me to tell me that he played one of my songs on repeat all night long and it got him through a rough night and made him feel less alone. I hope that people take from my music that they are not crazy and they are not the only ones thinking and feeling the way they do.

9. Are there any artists or producers that really inspire you? and is there anyone you would love to produce for/collaborate with?

On the producer side, I am super inspired by Illangelo and OZGO. I think they both have very emotion driven production and really craft something unique for each artist. My favourite production from OZGO is probably Madame X by Allie X, I think that song is a masterpiece on the production side and just as a song. For Illangelo I love basically every song he produced for The Weeknd but especially what he did on House of Balloons. I would love to produce/collaborate with The Weeknd, that’s probably my all time goal. I actually came close to it one time because there were a few beats of mine he really liked but they never ended up on an album.

Lastly, if there was a song you wish you wrote yourself, what would it be and why?

I’d probably say Angel by The Weeknd. It’s such a beautiful and powerful song especially live with a whole arena singing it. I can’t listen to that song without singing along to it at the top of my lungs.