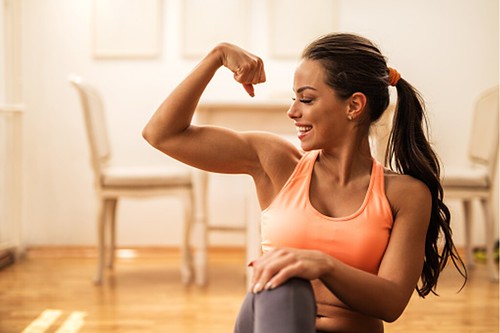 For many men, muscular women and sexy fbb are the ideal women, and for some men, there is no limit to their attraction. Although people like to think of muscle as a “masculine” quality, the distinction between men and women is often arbitrary. The terms “man” and “woman” are not synonymous. Both of these characteristics combine to make humans distinct and intricate.

Muscular women and FBBs have a certain allure to many men. This fits under a specific category of fetish, which is referred to as sthenolagnia. Sthenolagnia is defined as arousal by muscular or physical displays of strength. Most men attracted to sexy fbb and muscular women have this fetish.

Some men find sexy FBBs attractive for other reasons besides this fetish. In addition to the beauty, the fact that they are skilled and flawless at what they do is the most crucial factor are several reasons why some men are attracted to sexy bbs and muscular women. Power is appealing, which is one factor. Because our culture considers men the only ones capable of strength, men are reluctant to express it out loud. It can be advantageous for women as well. The female bodybuilder elegantly blends strength and beauty. These women’s distinctiveness is an extra appealing factor.

This attraction also appeals to specific aesthetic preferences. Some guys favour tall, slim, or in this case, muscular women. A physique that has been physically developed to the fullest extent might be incredibly alluring.

The fact that women have muscles is as natural as breathing; for many men, this is the most attractive feature of the female body. Men adore a body that can support a strong personality. They are especially attracted to strong, capable sexy bbs and muscular women.

Although power is widely regarded as a desirable quality, this can be scary or unattractive to some guys but not others. Hence, Bodybuilding should not be viewed negatively by women. Power demonstration was long regarded as being entirely male. Hence it was not considered feminine. Not anymore. Given the growth of professional women’s athletes and female bodybuilders, women do not lose their femininity in becoming a bodybuilder.

There is some appeal to the notion of a woman achieving such power. Watching female track athletes or female swimmers sprint as quickly as they can is a beautiful elegance. Not just strength but also speed, agility, and endurance are displayed.

In addition to the power dynamic, they perform magnificently. Women typically don’t have much strength, to begin with. Thus, it is amazing to see women display strength. They increase their strength significantly through nutrition and rigorous workout routines. This requires a tremendous level of focus and commitment.

Muscular women and sexy FBBs are physically superior to many men and women of average strength. They are a distinctive breed of women. How often do you encounter a woman who could pull you off the ground or beat you at arm wrestling? Very unusual indeed. Given that women are often smaller than men witnessing women with such physical strength is all the more amazing.

Female athletes consistently question cultural norms. The idea of male identity as a provider and protector has been linked to strength. The idea of becoming a woman was considered weak. Thankfully, the ladies who decided to push themselves to the limit physically are challenging this. This quality is advantageous. It demonstrates a woman’s independence from having others tell her what she can and cannot accomplish. It might be very alluring to have that degree of independence and individuality. What other people think doesn’t bother her. She does what she enjoys.

Men like these women for a variety of reasons, including their beauty. Aspects of the lower body that are highlighted by sports exercises are visible. Legs and the back get gorgeously shaped. A big posterior has evolved into a desirable feature. Additionally, attractive legs. These are the attractive features that are typically emphasised.

Muscular women and sexy bbs have helped to create a new ideal of beauty. A beautiful appearance is created by having broad shoulders, a full chest, muscular legs, and buttocks. In some ways, it feels like you are viewing a live statue; it is a piece of art. The development of the upper body does not take away from a woman’s femininity. It improves it in part by giving the appearance of an elegant woman.