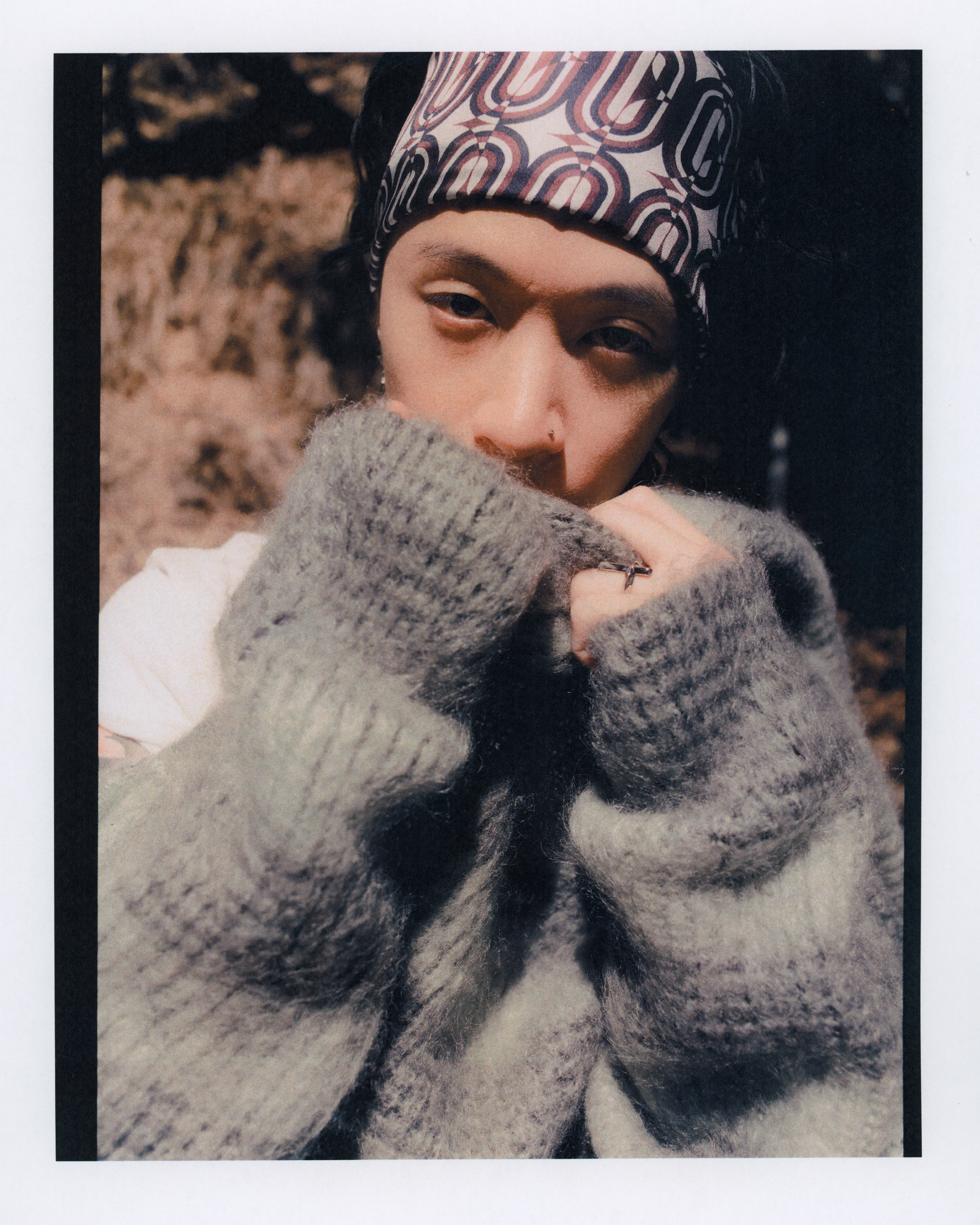 If you’re like me, over the last couple of years or so you’ve searched ‘chill study music’ more than you’d like to admit.

Whether you’re actually studying or in just need of the kind of brain balm these lofi beats provide, likely in the course of your searches you’ve stumbled across the name Keshi. If sad-boi melodic rhythms had a patron saint, in 2022 it would probably be him.

Houston-born Keshi emerged onto the scene back in 2017 as a semi-anonymous musician online, before fast-becoming a viral sensation on the music platform SoundCloud. He was balancing a double life of sorts, working as a registered nurse under birth name Casey Luong by day and amassing enormous internet success, making and uploading his own music by night. Now, 5 years later, he’s just released his debut album Gabriel, and is currently in the midst of an almost entirely sold-out US and European tour. His gigs are packed to the rafters with people of all ages singing his songs back to him, sometimes louder than even he can, like the words are cathartically exorcising a kind of demon within them. It’s clear his music, which spans from intimate acoustic whispers to cacophonous vocal layering and instrumentation, has more than struck a chord with people wanting to feel seen after a destabilizing few years.

1883 Magazine meets up with Keshi backstage in London, just before he’s about to perform his third of three dates in the city, to talk about his new album Gabriel, touring, first-album nerves, and the moment he took the plunge to finally pursue music full-time.

We’re meeting at around 1pm here in London, and right now the queue for your show later tonight is almost around the block. How does that feel?

So, each day we’ve been playing, we’ve been arriving a little bit later. Because, you know, we have three nights here. We don’t have to, like, take so much care and setting up the gear anymore. And each time we arrived, the line is longer and longer and longer. So yeah, it’s just kind of crazy. It’s validating, but doesn’t make me feel great, especially with how cold it is outside for everyone. I just want people to be healthy and safe.

Don’t worry! I saw lots of blankets and big coats.

Yeah, I saw that too! I guess it’s just a testament to how excited people are. 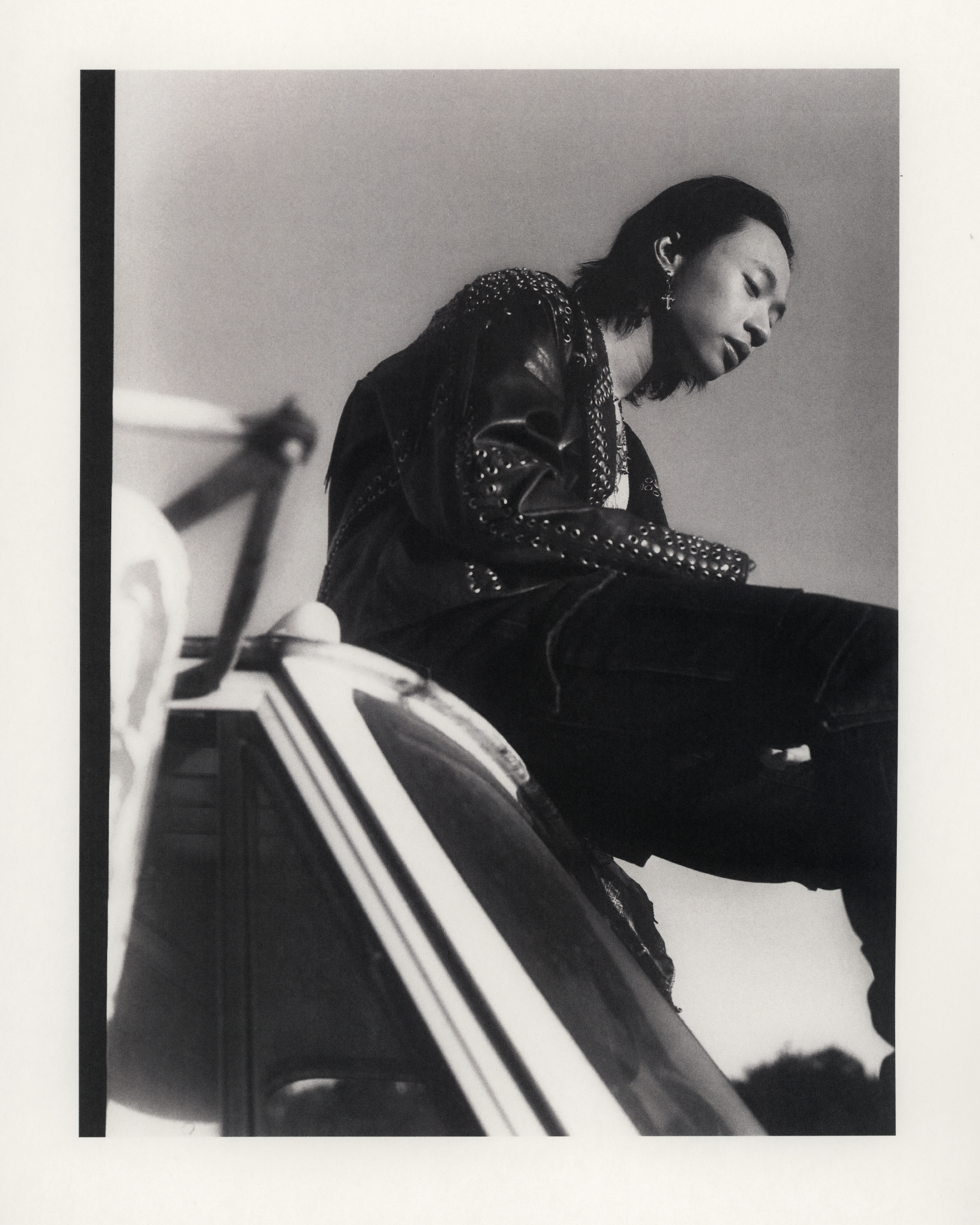 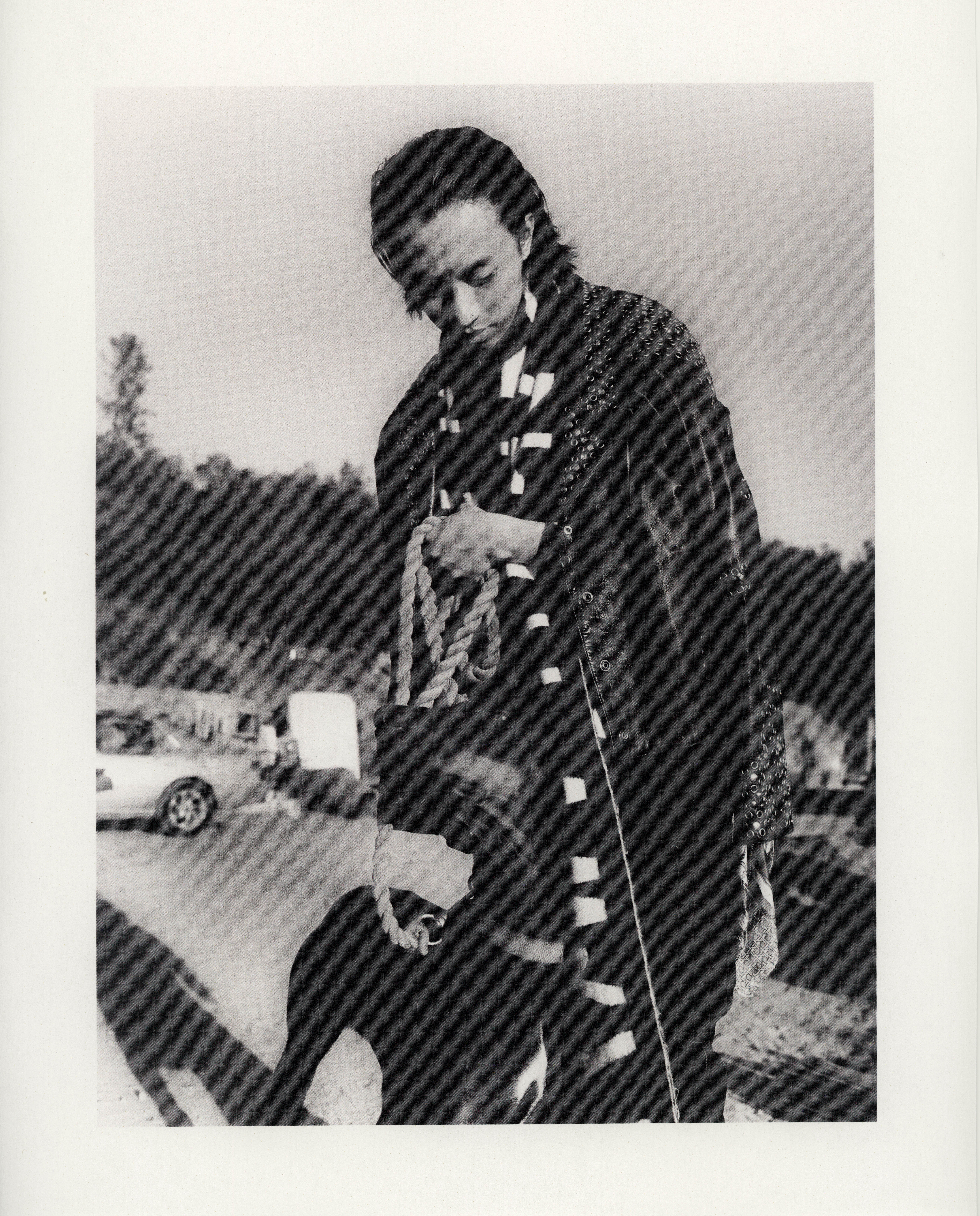 Is that something that’s been a noticeable change for you as we come off the back of a long period of time of no concerts and your popularity has continued to snowball?

I feel like I did an opening tour not too long ago [for LANY], last fall, and it is hard to compare an opening to a headline, but an opening teaches you a lot of things. Objectively, like, what works with an audience that doesn’t automatically love you, right? And then you can take that to your own show, and really excite your fans with whatever you learned.

Is that hard, playing to people who you know aren’y necessarily there to see you?

Definitely. Yeah, it’s humbling, for sure. I learned a lot of things, like that having a band is absolutely essential for me now. Not just the camaraderie aspect, but also just sonically it just sounds so much better with a full live band. I had a show Nashville, Tennessee and they’re huge on live music over there. There’s a strip of clubs and bars, and there is a band playing at every single one, including all the second floor. So they’re like competing for volume, and there are people lined up outside, looking up to the second floor. When I went to go play there, and I had a track show, they were not really learning.

You just released your first full length album – Gabriel – ahead of this tour. How was the process of recording compared to any other music you’ve put out?

The process was definitely different. I had someone to collaborate with this time, which I’m very weird and precious about.

Do you feel protective?

Especially when it comes to the writing. I mean, Ely, who is the executive producer, he and I work in the same sort of software when it comes to producing music, so when I want a turn in the chair, I would, and we would take turns in that regard. But when it came to the writing, I took it all back to Houston. Like I would be in LA and then I would go back to finish the writing myself because I didn’t want to waste any time. You’re just kind of slamming your head against the notebook and I don’t want to do that in front of anyone else. So yeah, that was different first of all. And the next sort of thing was trying to make a project that was cohesive, which you kind of just have to do without thinking about it. It will reveal itself to you. I’m not going to be as anxious or worried anymore moving forward, because I now know that, in due time, it’ll show itself. 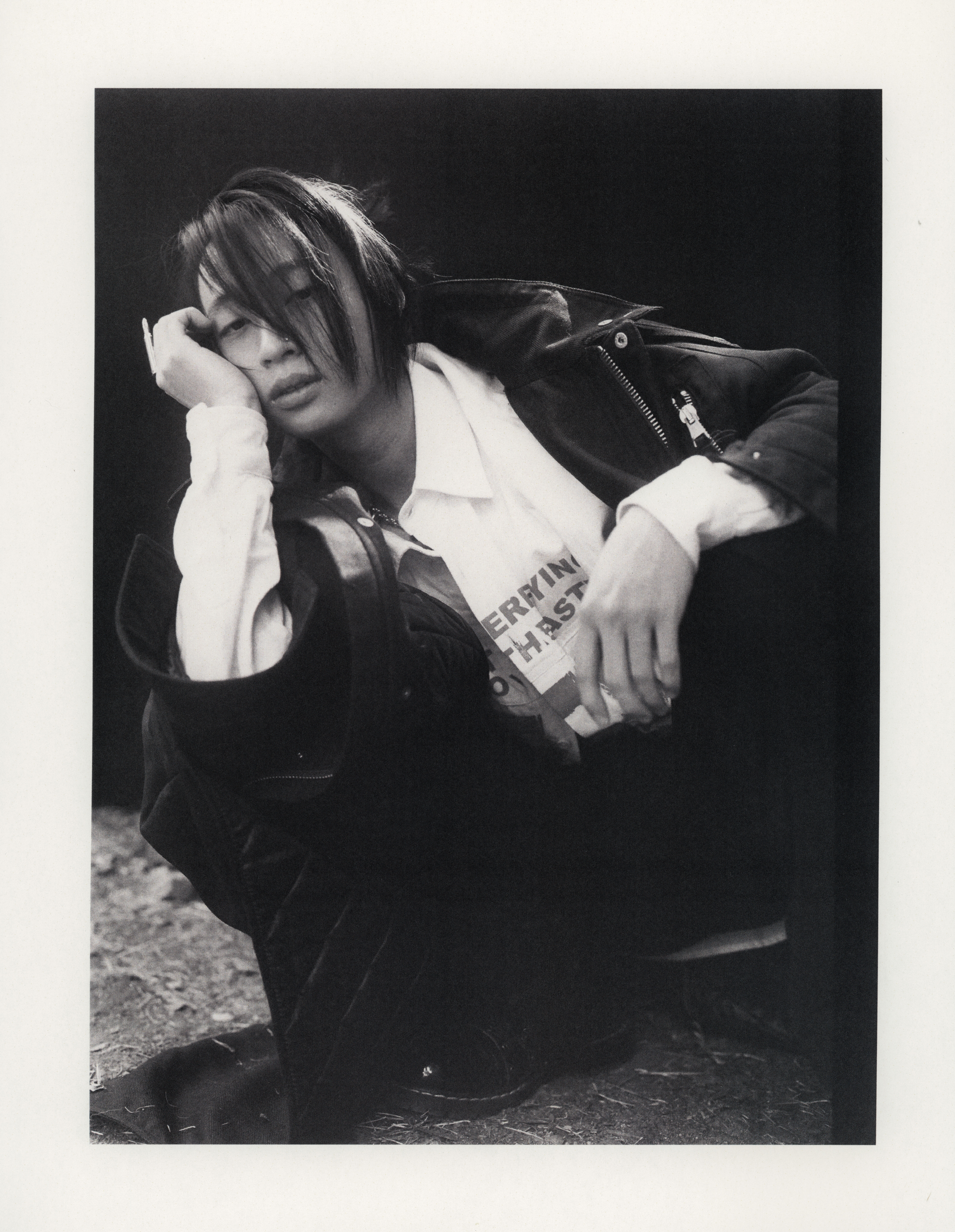 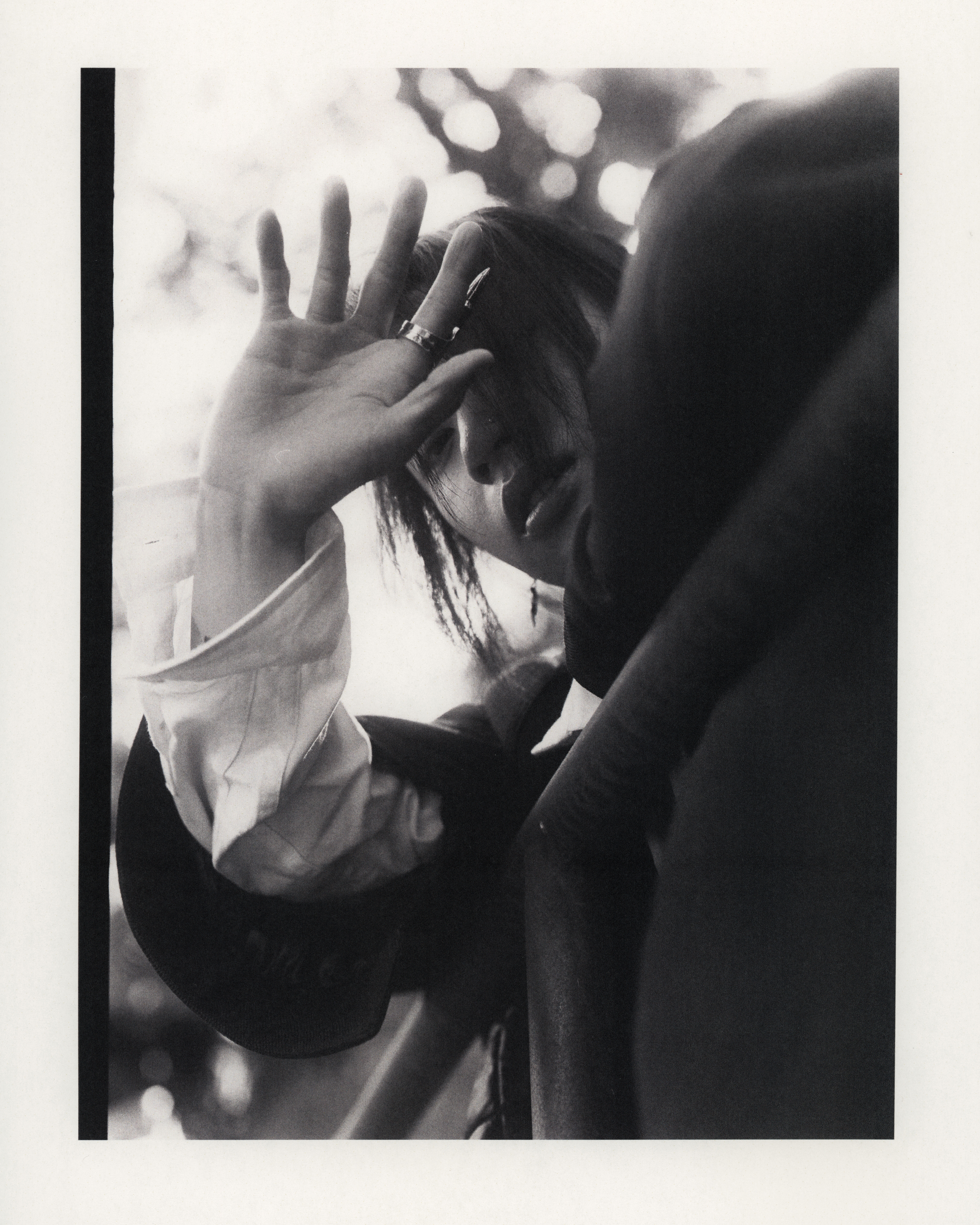 Was there a gruelling process of picking what would be in the album or did it come naturally?

So I’m kind of a writer that takes a long time to make music so there’s not really that many songs leftover. It’s kind of like the ones that get written will be put out.I don’t like to commit too much energy to writing a song unless I know that it will be worth listening to, because writing itself is so taxing. Mentally you’re, like I said, slamming your head against a notebook and it’s very frustrating. But there’s nothing more invigorating than laying down the vocals. Once you finish writing a verse or something and then stepping away from the mic, just hitting play and listening to it on loop over and over again? It’s so invigorating,

The album feels very personal. Is it weird for you to make something so personal and then put it out into a world to be interpreted by other people?

It is an interesting sort of exchange, for sure. I mean, it’s not anything that is foreign to me because I’ve written songs before, that may not have been as personal, but they’ve been misinterpreted. But everyone has their own way of digesting art. I think at the end of the day, the music that I make is for me, and Gabriel especially is a record that I’ve made for me.

Is it weird hearing people singing your lyrics back to you?

A little bit, but I have been sitting on the songs for like a year now. I’ve been kind of waiting and wanting it for a long time.

During the more intimate songs in your set, do you ever feel vulnerable at all?

No, I think it’s fine. It reminds me of when I was making music as Casey Luong, doing coffee shop gigs and stuff where it’s just me and the guitar. There’s nothing to hide behind, you’re there and they’re listening to you, but also those songs happen to be some of the fans’ most special moments. I have a tendency to think that acoustic sets sometimes don’t do songs justice, but there are certain songs where an acoustic version of it does do it justice and that is where it shines. I think it just kind of silences everybody’s heads in the room. All eyes are just on the song at that point and I think it really is a special moment for the fans. 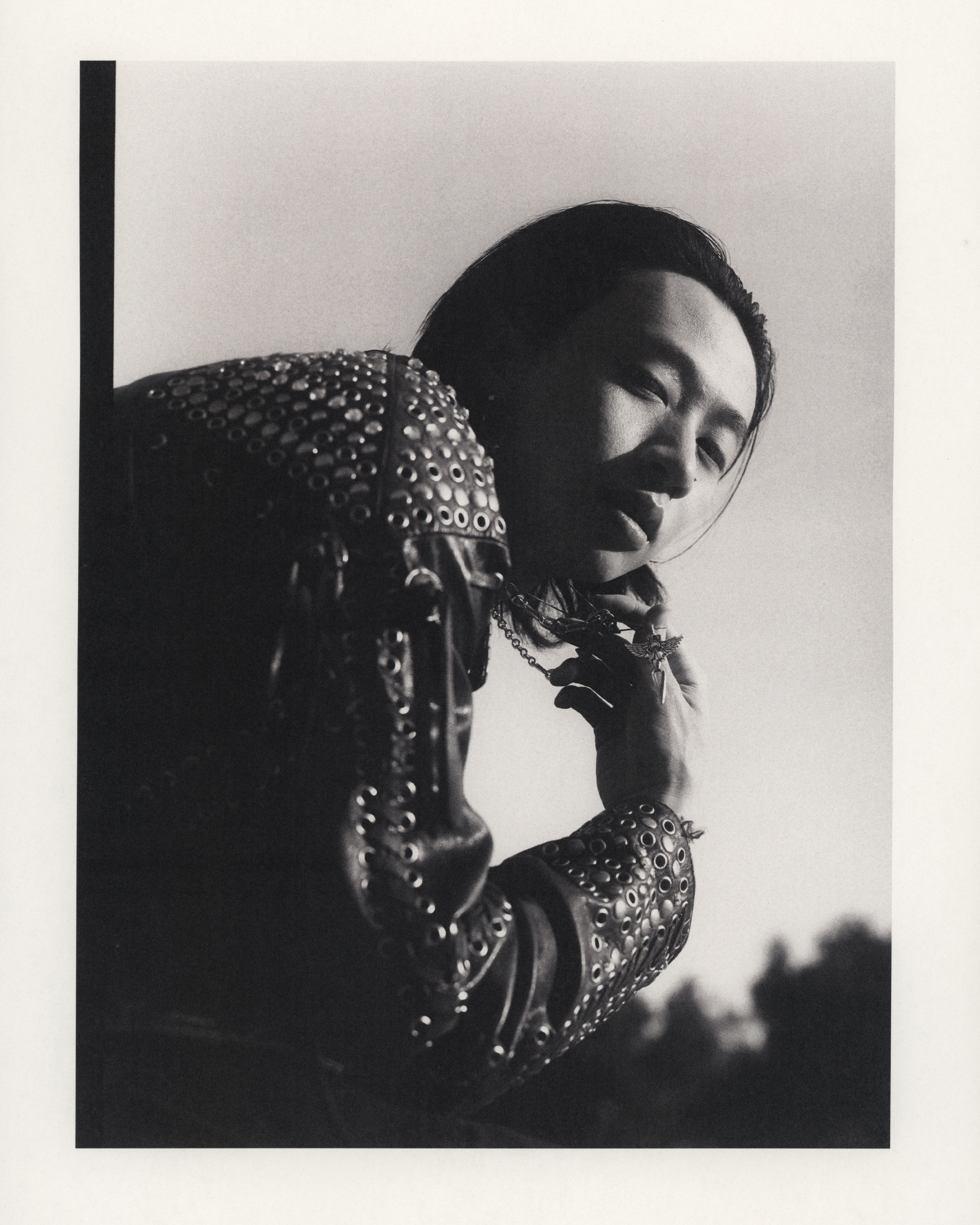 Do you remember the moment like the moment when you decided to do music full time?

I do remember the exact moment. I had a terrible, terrible day at work [as a registered nurse] and I had an outburst at a coworker which was so unlike me. But I had been building everything up inside. My manager called me to her office and was like “hey we got to talk about this, this is not you”, and I didn’t know how to explain it. Nobody knew that I was doing music on the side and I was taking flights to New York all the time, so I broke down and cried in my manager’s office and I didn’t know what to say. It was the strangest experience, you know. People talk about it, when you cry and you can’t stop and you don’t know why. That’s exactly what happened.

It was so funny, because that was the moment that I realized I had to go. I didn’t have a record deal on the table either, but I was just like “I can’t do this, I have to jump now”. I made up with my coworker and everything, and the next day I gave my manager my resignation letter. I remember that coworker came up to me and she was like “hey, look, nursing is hard but don’t don’t stop being a nurse just because of what happened” and I was like, “no, no, that’s not even it. So I have the secret identity…”. She was like “what are you gonna do?” and I was like “I think I want to do music.” They knew that I was having some gigs here and there, but I don’t think anyone kind of understood the hype that was bubbling. If you were on it, like on SoundCloud or on YouTube, you could feel this really genuine fan base starting to build.

Was there a moment of fear at all?

So like I said, I didn’t have a record deal, right? So I just kind of left and miraculously, a week later, I got flown out to New York and signed my record deal. It was just a coincidence.

Was there anything else you wanted to talk about that we haven’t had a chance to mention yet?

I’m just really stoked to tour. I mean, touring is interesting, because it is very exhausting. So after finishing my last opening tour, I remember coming home to my house, and I was sitting on the couch, and I was watching back the last show, which was San Francisco, and I was watching myself on stage. I felt really, sort of, heartbroken because I thought “oh man, I’m not gonna be able to do this for a while”. I missed the camaraderie, i missed hearing the in ear monitors. We have [monitors] that we use to hear on stage and I can hear my manager through it if he’s talking to us. So he would always count down, like ten, nine, and all the way to five, and then he would say “alright, have a good show boys, I’ll see you on the other side”, and then the lights would dim. I was really craving that again, and now I’m on tour and I remember what it’s like to be in a green room just slumped over being exhausted from travelling and stuff. And an EU like international tour is a different beast in general because like, jet lag on top of it? But, you know, we take it in stride as part of the territory, and I love to do it.

Gabriel is out now.