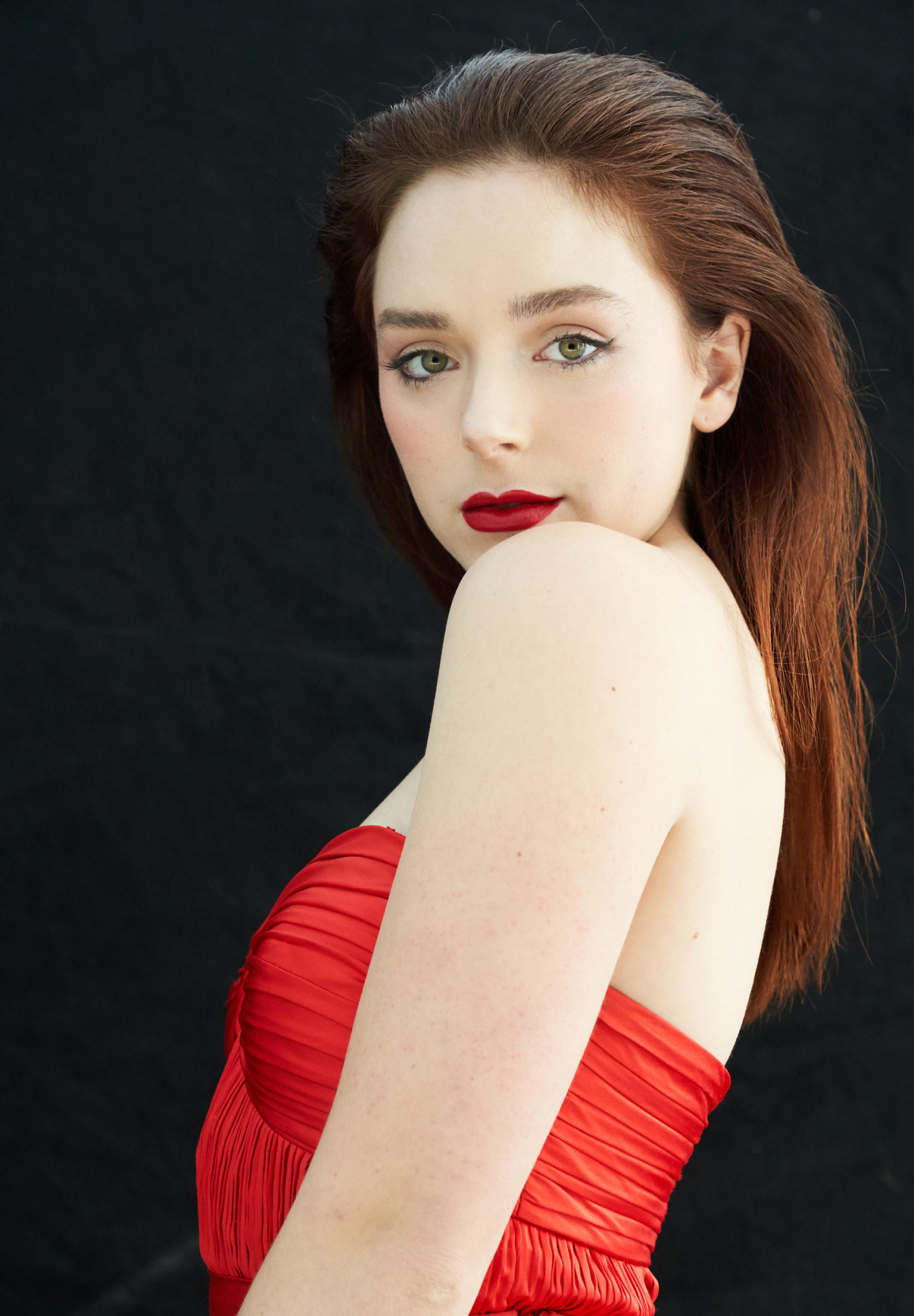 When you hear the words femme fatale it’s easy to associate this with seduction, but Madison Davenport, along with the writers of Reprisal, is turning this on its head.

With calculative mind games and good old smarts, Davenport’s character is ripping up the rules. Davenport is enjoying a career which has spanned well over a decade; it’s not just a job, it’s who she is and it runs through her veins and starring in a show which quite possibly could be the revenge show of the year is unsurprising with her talent and dedication to her craft.

Strong influences from home and roles which push her to her limits have ensured Davenport is going nowhere and we caught up with her to discuss family, revenge and the connotations that come with being female.

What was your proudest moment of 2019 and what are your New Year resolutions?

There are so many moments… I think my proudest moment was that I got to do what I love; I got to be different characters and do everything I love about acting. Each character I’ve played is different and special to me. As for a New Year resolution, I’m not really big on resolutions because I feel like it is too easy to forget about them as the year goes on. I do have a life goal to keep doing what I love and to keep focusing on the things that are truly important like health, wellness, and overall mental health.

Your latest project is Hulu’s Reprisal… what is it about? What attracted you to the show?

Reprisal is a femme-fatale revenge drama that truly is the story of vengeance and redemption. It is all about a woman named Doris [portrayed by Abigail Spencer] who was ‘murdered’ by her brother & his gang but, low and behold they didn’t kill her and now she is back for revenge.

Meredith, my character, drew me to the show because she is so unexpected and whatever you think she should do or say, she definitely doesn’t do or say it. The character pushed me so far outside of my comfort zone to be this confident, sexy, sensual woman but also very strong; those are all things I love seeing in female characters. I’m so proud being part of a show that loves representing strong and sometimes weak female characters because that’s how real life is; you have to have that mixture. Your character Meredith is naturally curious and there’s an element of her wanting to see outside the walls of her beginnings… how does this go down with the characters in the show?

Has she stayed so far because of controlling characters, a need for protection, or something else?

I like to look at it as all of the above. Meredith wants that fatherly love from Burt [portrayed by Rory Cochrane] but has stayed in that world because of loyalty and fear; it’s really scary leaving behind everything you know for the unknown. There is a saying ‘better the devil you know than the devil you don’t’ that I really think applies to Meredith.

Meredith seems to be quite calculative, for example, in her ability to create illusion through dance and selling the illegal drug scratch; how does she manage to get what she wants?

Meredith is a chameleon; she changes based on the situation. She isn’t constantly leading with her sexuality, but it’s more of a self-defence mechanism. She uses many different elements of herself to see underneath someone’s façade; she’s very good at seeing what gets under people’s skin and using that to her advantage.

How does the show move beyond the sexuality of female?

All humans, not just women, are complex creations; nobody is just completely good or completely bad. I don’t feel like there are ever moments where Doris uses sexuality to get what she wants; instead, she uses calculative mind games and her smarts. It really shows strength in the female characters. One of my favourite scenes to film was the ‘Ghoul’ shoot-out scene. I helped design the costume because I knew Meredith would be covered in blood; while the costume might be sexy, the focus of the scene is the brutality and shows that you can fight your way out even in a cute halter top. There is a lot of juxtaposition throughout the show, i.e. family and betrayal. How do these themes resonate with viewers and how are they explored at a hyperbolic/fantasy level?

Family is an interesting concept because it’s people who should love you unconditionally, but they also have the greatest power to destroy you which is definitely explored in the show between Doris and her brother and Meredith and her father. The entire show is very hyper-reality. Doris feels justified seeking revenge on her brother; Burt feels justified in why he tried to murder Doris.

Online, the word ‘beautiful’ seems to come up a lot — can you explain why this might be or how the characters have been able to produce ‘beautiful revenge’… if there is such a thing?

While I was binge-watching the show, I definitely had that phrase in my head, especially after hearing Josh Corbin, our creator, say that over and over again on set. Revenge can be a beautiful thing for the person that’s doing it, but for everybody else around it is terror.

If you could take one of the characters with you into battle, who would it be and why?

Definitely, Molly [portrayed by Bethany Anne Lind] because she is the wild card. She looks super innocent, and then will suddenly pull out a random object and massacre everybody in the room.

Your career started when you were very young… how have you navigated your way through Hollywood and growing up?

My mom. I’m so fortunate to have a mother who is so supportive; if I woke up tomorrow and decided I didn’t want to act anymore; she would be right there ready for the next thing. Acting never once felt like a job, more like a fun extra-curricular. I was in regular school up until high school when I really decided to kick my career into high gear. My advice would be to make sure you have someone on your team that loves you, and only wants what’s best for you; that helps you stay away from the craziness of Hollywood.

Has there ever been a time you’ve found it difficult to cope with Hollywood alongside all of the wonders that come with being a teenager and an adult?

No, because I was mainly away from any parties or places where I may have seen anything unsavoury. Hollywood was never a negative place for me while growing up, I got to go to my school dances and prom and really have a (somewhat) normal high school experience. I would say all those experiences helped me in my acting career. It is so important to have your own adventures that you can bring to a character. Have you ever wanted to do anything else besides acting?

Yes, like many kids I wanted to be a unicorn when I grew up… which I guess I could still do with my acting career. But I really wanted to be a child psychologist; I love little kids. I really care about children and I want to make sure they have an outlet to talk about their problems. I also wanted to be a lawyer after watching Legally Blonde.

You also spent a summer studying at LAMDA in London… did you like London and how does it compare to where you live?

There is no comparison to London. I love how dedicated they are to theatre there; if I ever went back into theatre, I would definitely go back to the West End. I live in the suburbs here, so it really doesn’t compare. I feel like London is LA’s really cool grandfather that is super into Shakespeare.

What’s next for you? You’re continuously working or learning — do you ever want a break?

You really don’t need a break when you’re doing something you love. There are always lulls in between auditions, which is what I consider the work; getting on set is the fun part. I recently had a trip to Maui, so I am all set on break time and Piña Coladas. I do have a movie coming up that I am currently training for; I can’t talk about much but there is a lot of swim training going on.

Reprisal is streaming now on Hulu! 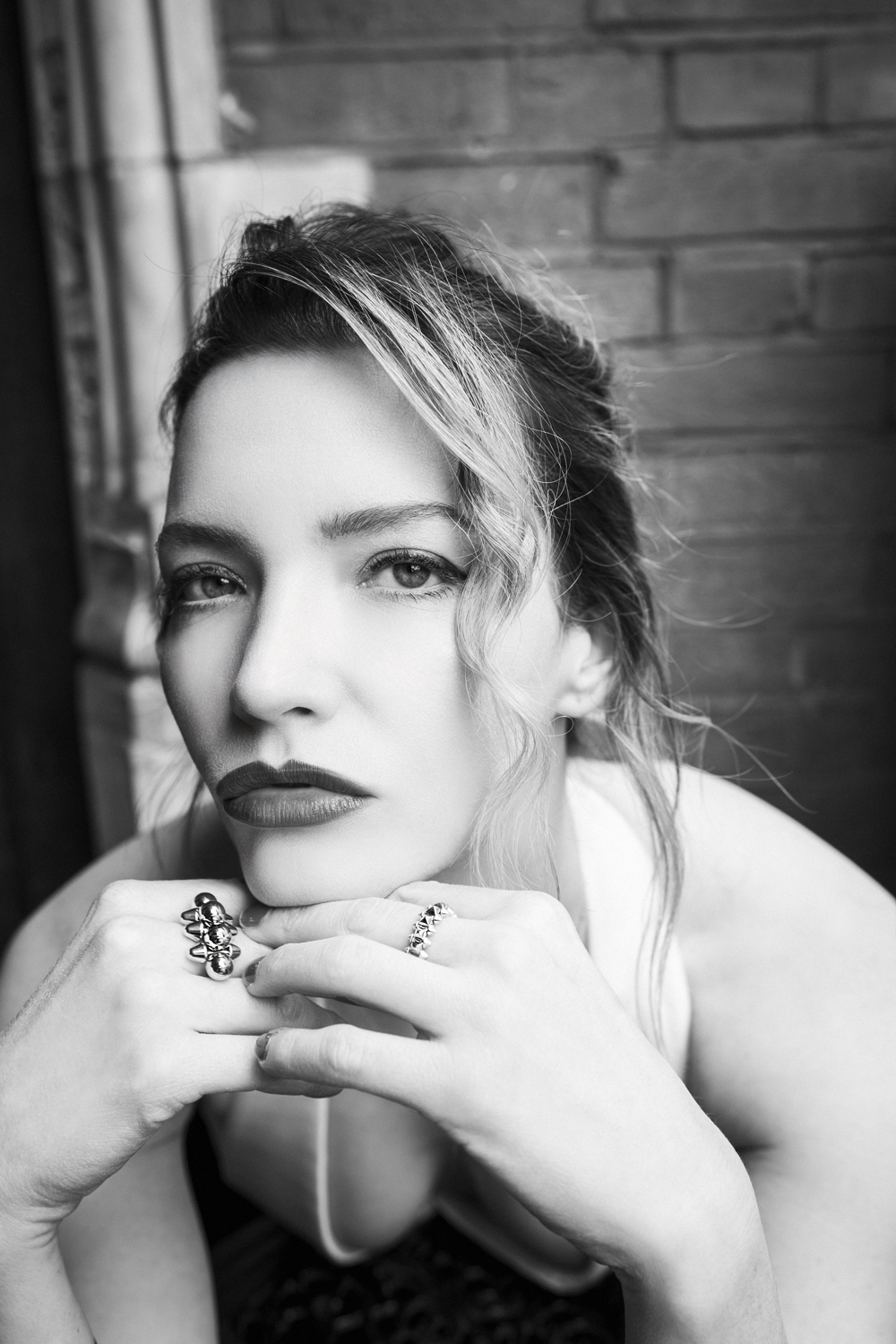 Soft spoken and charmingly straight to the point, Talulah Riley just might be the prototype of the ideal conversationalist. It's 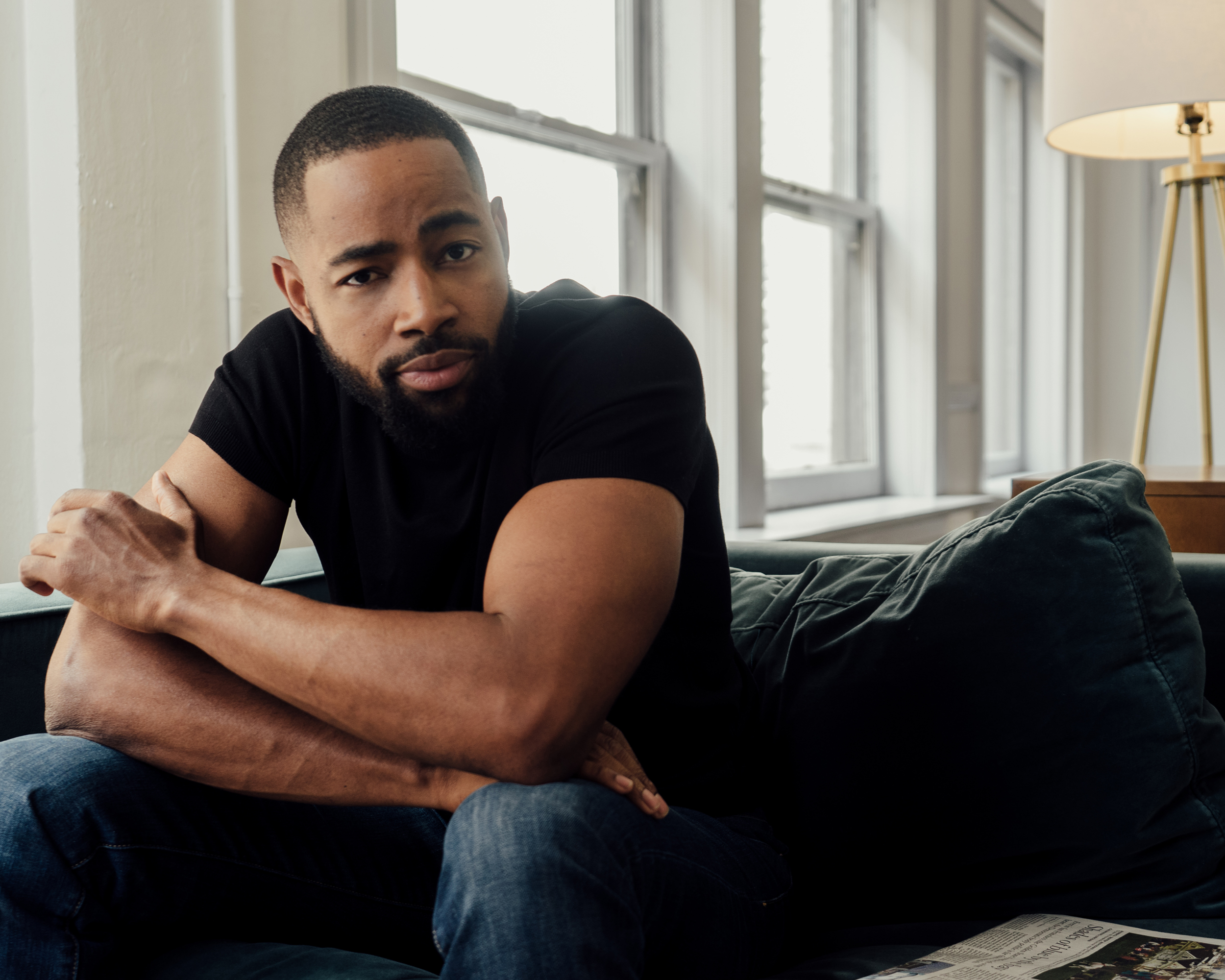 Before he graces the silver screen in Top Gun: Maverick, Jay Ellis is set to dazzle on-and-off screen in the 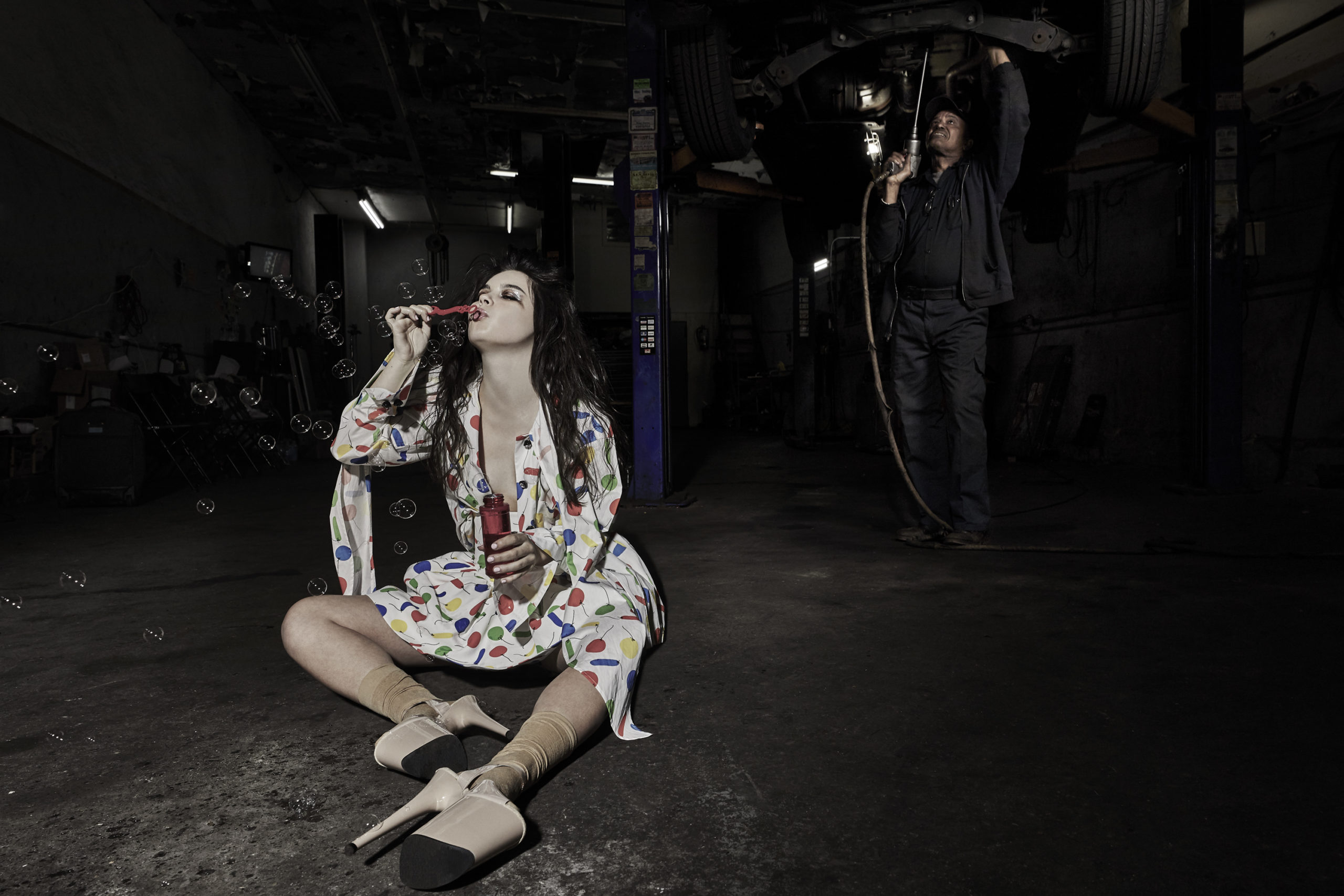 ‘Only 19 but my mind is older’. That’s the Instagram bio of Landry Bender, the actress making a major name