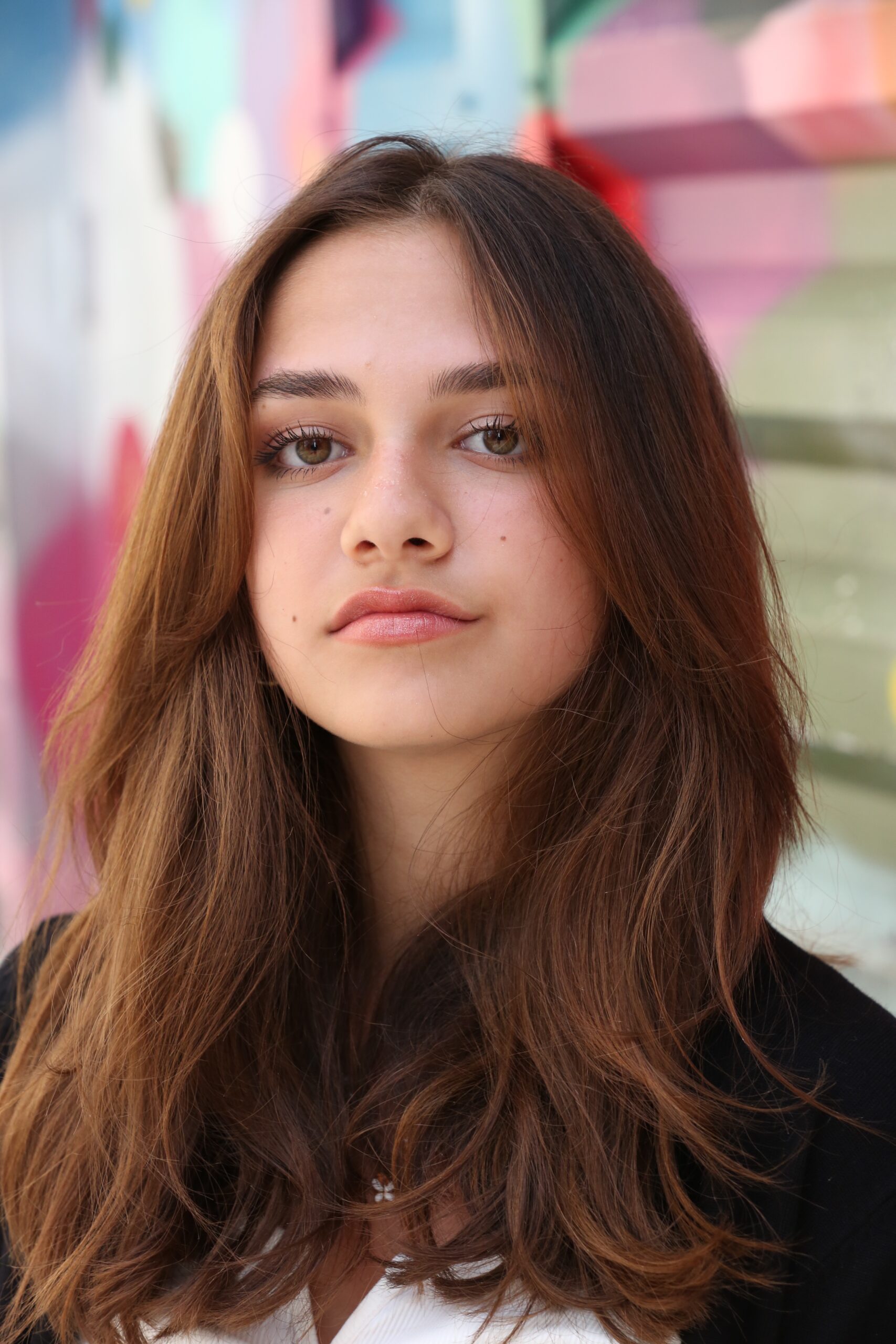 Rising actress Mattea Conforti brings a childlike innocence to Janice in The Sopranos prequel The Many Saints of Newark.

At just 15 years old, rising actress Mattea Conforti can say she’s been working for half of her life. After getting a chance to portray the iconic character of Matilda on Broadway despite having no prior acting experience, it seems as if Conforti was destined to follow a career in the arts — whether that’s in dance, music, or acting. Her next role is a big departure from playing Matilda & Princess Anna from Frozen on Broadway as she joins the ensemble cast as a young Janice in the highly anticipated “The Sopranos” prequel “The Many Saints of Newark.”

1883 Magazine chats with Mattea Conforti about her acting beginnings, why it was important to her to bring a “childlike innocence” to Janice, and more.

You’ve now basically been acting for more than half your life! I know you started your professional career as “Matilda” in the musical when you were 9. I know you were a dancer before but was acting something you were interested in when you were even younger?

Not really, surprisingly enough. When I was younger, I always liked to perform and I loved being on-stage so I went into competitive dancing. I never thought about becoming a singer or becoming an actress. Dance was my priority at the time and then I just naturally came into acting.

When you auditioned for “Matilda,” was that something you just decided to do out of the blue?

The agency I was with was looking for dance opportunities and roles for me because I was pretty focused on dance only. They suggested I attend an open call for Matilda, thinking that I would find a spot in the ensemble cast. I was never thinking about singing or acting as the lead in that audition! Six months later they called me back and asked me to audition for the role of Matilda and everything else started from there.

Did you take any acting classes in order to prepare for that or did it just come naturally?

No! I didn’t really realize the seriousness of the audition until right before I had to do it! I thought I never thought I could go anywhere with this. I’ve taken one or two acting lessons since but I’ve been focusing a lot on my singing lessons.

You mention that it took them 6 months to call you back for “Matilda,” which is a pretty long time to wait to hear back! What was it like to finally get that callback?

Funny you ask because a few months after that audition, I got tickets for Christmas to go see the play. Me, being my petty self, walked out of the show and thought “I could’ve done better!” You’re starring in “The Many Saints of Newark” based on “The Sopranos.” I think you were one when the series ended in 2006! Obviously, you are still way too young to have watched the original, so I’d love to hear how you learned about the show!

At the time of filming, I was 12 so I definitely couldn’t watch it! My family are all big fans of The Sopranos so they just told me everything I needed to know about the family and my character Janice.

Can you tell me a bit about your character Janice, who is Tony’s sister?

When people think of Janice, they think of the crazy & intense person they know from the show. For the younger version, I wanted to portray her in a way that keeps that childhood innocence to her but still a little bit more on the crazy side. She’s only 12 and for her to not understand what’s going on with her family, she’s constantly learning as the years go on. Obviously, as the years go by there’s a reason why she gets a bit crazy!

Are there any scenes in particular that you filmed that stand out to you as a big memory from filming?

There was a scene where I had to hold a live baby and, as a 12-year-old, that’s a huge responsibility! No one told me I had to hold the baby until they set up the shot and put them in my arms. I had to carry them up a steep flight of stairs up into the house and I remember everything that could possibly go wrong, went wrong. My mic pack fell off of me, I almost tripped over it and I had the baby squirming, screaming, and crying in my arms!

You’ve worked with some really incredible actors in the past, like Jake Gyllenhaal to name one! What have you learned from working with them that you’ll take with you to your next projects?

Lastly, I heard you’re a fan of Star Wars and I wanted to ask if you could go back in time and play any character, who would it be?

That’s a hard question! I would say a villain. I think Emperor Palpatine would be fun.

The Many Saints of Newark is out now. Follow Mattea Conforti at @matteaconforti.