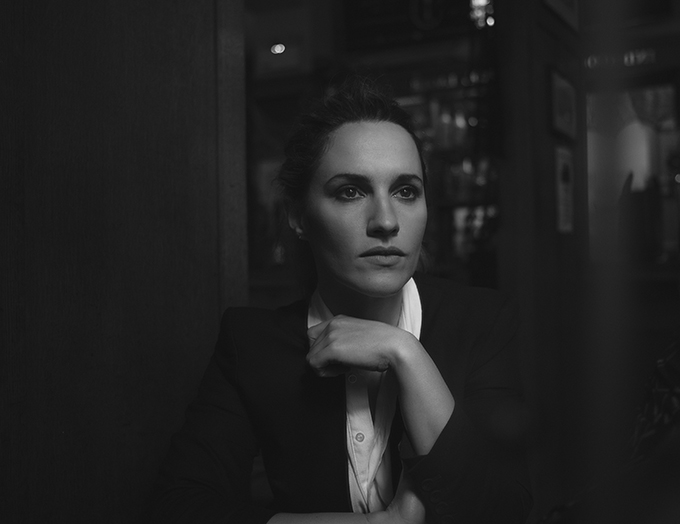 Ruth Bradley is a formidable actress and there is no stopping her talents. Currently, she has the leading role in Channel 4’s Humans, the channel’s most successful drama for 20 years; has won best actress at the Irish Film and Television awards, not once but twice and her latest role in Philip K. Dick’s Electric Dreams, sees her depict the complexity of what it means to be human.

Not one to shy away from challenging roles, Bradley is asserting herself within Sci-fi but don’t think this is the only role she can play. Alongside some of the best know names in the industry, Rosalind Pike and Jamie Dornan, to name a couple, Bradley shows just how versatile her skills are accepting a range of roles from Crime to Drama.

So how did you get into acting?

Well, I always knew I wanted to do it for as long as I remember. When I was a kid, I just knew I wanted to be an actress. I hadn’t actually realised my mother had been one, when we were small she didn’t work. She took a break to raise us, so then when I was eight and she was back at work, I was like- why are you being one, that’s what I want to do! I was so surprised because I had no idea she’d been one!

Must have been in the genes or vocational!

Do you think you got your talent from your mum?

I don’t really know because I never went to drama school, I started out as a kid. When I was of the age people were coming out of drama school at 21, 22, I was a bit concerned I hadn’t been. But really, I don’t know, everybody’s path is so different. Lots of actors go to drama school and lots don’t so I’m not sure how much of it is taught or instinct, but I do think is a vocational job anyway because it can be so difficult at times.  You want to do nothing else really. It’s weird, it’s in me, it’s all I’ve ever wanted to do; there hasn’t been a question of doing anything else.

You’ve been acting since you were young then, how have you learnt your craft?

There are certain directors that you work with that teach you so much. There are a couple that have given me a note that will stay with me for life. Good directors are like good coaches.  You never forget.

Was it easier to be an actor as a teenager or an adult?

Really interesting question, I’ve never thought of this! There is less work, less parts which is frustrating for me when I was a teenager and first moved to London I was 18 and looked much younger, I looked about 13, 14. I also had a mature energy so work wise; it took me a while to settle in and find my niche and then also for my looks and maturity to catch upwith whatever energy I have.

Definitely been better for me now in the last 8 years you know, in my early twenties or teens it was much more difficult to find where I fit. I was never an ingénue or typical beautiful girl next door and those were all of the roles when I was younger, luckily that changed!

You’ve not just won once but twice at the Irish Television and Film Awards, how did this feel?

Oh! I suppose like any accolade they are really lovely and a nice piece of encouragement. Particularly with awards like those who have been voted by your peers its really nice and for encouragement to be recognised for your work. Essentially even to be nominated is huge, to be recognised at all for what you do and then there are the performances that go under and no one seems to notice so I guess the most exciting part is doing the job and the rest is nice!

What are you focusing on at the minute?

Yes so at the minute I’m shooting the third season of Humansand there was a show, Human Is, on Sunday night which I am promoting at the moment which is the Electric Dreams and I did a film which will be out next year which is called Three Seconds.

Talking about Human is…

I play a character called Yaro, she is the right hand women and works for the state alongside Essie Davis’ character Vera. Yeah, she’s pretty strong and ambiguous. I think every character in this episode has grey areas like they aren’t black or white. It’s an interesting one.

I heard a rumour your character was supposed to be a male, how did this change happen?

I don’t really know but in the script the stage directions all referred to ‘him’ or ‘he’. So it was apparent he was originally written as a man. In conversations with the director and producer they must have thought it could be either because when I went and met them they were meeting both men and women. It just made me think there are so many parts that could be played by women because there’s nothing about that character that needs to be male or female, it’s just a person like a human being. I think if that was the case, what a wonderful world it would be for humans in general.

What was it about this role, what made you accept?

I really liked how you weren’t sure of the motivations or what she wanted or was doing. You weren’t sure whether she was trustworthy, it was never clear. There was so much in the playing of it; you could play between the lines to make it clearer. It wasn’t explicitly clear. I also really liked Francesca Gregory, the director, I’ve worked with before and I really like working with her so that was a draw too!

I was interested by its idea of defining us as humans, what do you think defines us as humans?

Putting them together, they work together, any relationship you’re in, whether its loving family, friend, significant others, there is an element of fear…

Definitely! I think sometimes fear can stop you from taking charge of doing things you love and want to do and this can be crippling… so I guess rising above it and feeling or doing it anyway! Keeping in check of it and not letting it rule you.

What’s been your career highlight?

A film I did years ago which I found fascinating called In Her Skin, which is an Australian film. I found that particularly challenging physically and emotional so that was a career highlight. Also Humans has been a career highlight because of the reaction from fans. So overwhelming to have people respond like that!

You’ve answered my next question! Your toughest role…

It was based on a true story, it was a murder that happened in 1999 and it was really harrowing story, but like all these stories, they need to be told so that they hopefully don’t happen again. There is an element of such a responsibility to the people, being respectfully and getting it right.

Going back to Humans then, what is your favourite part of working on the show?

Constant challenge of the role, and marrying the physical and emotional challenge. Not pushing anything and letting it happen because you can’t put any human attributes onto it. You can’t fidget or move your face to express emotion; you just have to feel it. There’s always a multitude of things to think of before you shoot. Constantly challenging and evolving. The crew are amazing, like a well-oiled machine so it a joy to go to work.

Is there anything you can tell us about the upcoming series?

No, we are not allowed to tell you anything but we can say that it’s going to be a good one!

What interests you outside of acting then?

I guess yoga, I like to hang out with friends, go to the theatre and cinema. This time of the year, I like to take walks in the park, it’s gorgeous out there now!

If you could have any superpower, what would it be?

I think it would be, probably a boring one, I would orb. Do you remember that show Charmed? It was so good! Me and my sister are always saying, because I have lived here since I was a teenager and she doesn’t, wouldn’t it be good to just orb for the evening? Like not bother with airports or travelling! I could just pop to Dublin for a couple of hours or the States to see friends! It would be so handy in London, sometime if there’s a party the other side you don’t want to go but you could orb, it would be so handy!

‘Electric Dreams: Human Is’ is available now on All 4 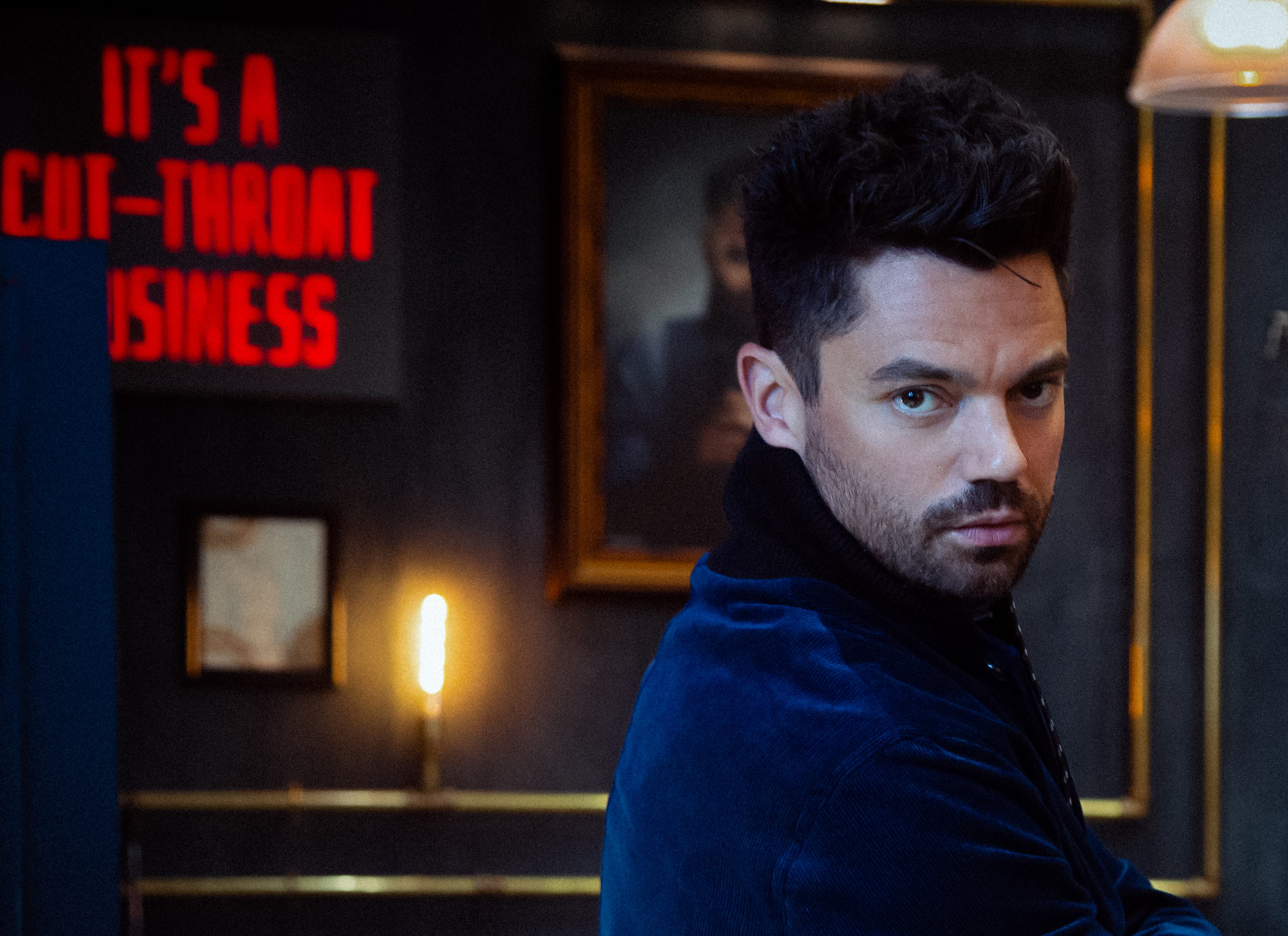 It has been nearly two decades since Dominic Cooper emerged on the scene, dazzling our London stages and conquering our screens in every genre from period drama to comedy to supernatural and now, as the title role in AMC’s Preacher. 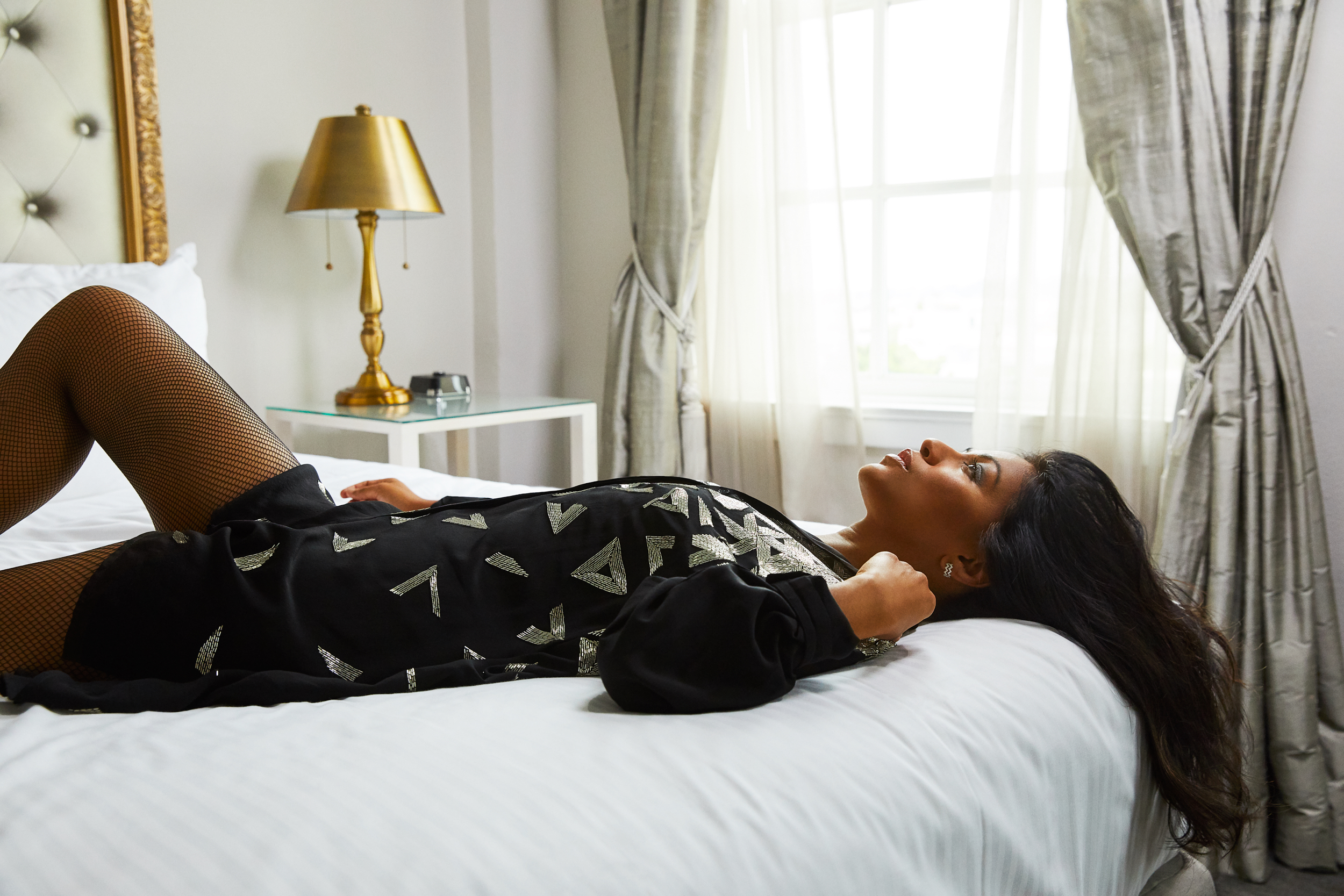 Fear the Walking Dead’s Karen David is just like the rest of us. Well sort of, anyway. While most notably cherished for her multifaceted and ever so envious repertoire including actress, singer, songwriter, as well as ardent philanthropist, David also