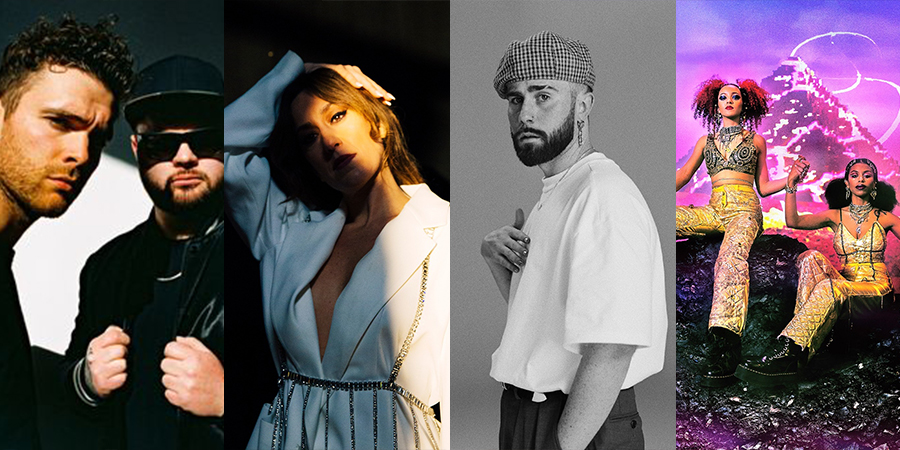 It’s time for a new 1883 playlist and it’s our first of the year. This week we’re featuring the divine comeback single from alt R&B artist, Lyves. How Would It Feel is the London-based singer’s first track in two years and it boasts soulful vocals and sleek production. Moving on, Cornwall’s Bailey Tomkinson is a singer-songwriter that pens lush folk-pop tunes. Her latest single entitled Can’t Lose makes for the perfect soundtrack whilst we move into sunnier days. Fun fact: Rex Orange County features on sax on Tomkinson’s single, go check it out. Rising Irish songwriter Robert Grace has just unveiled his new EP XXVI which is out today. The TikTok star’s new EP is a pop rollercoaster and its new single, Need You Back, is an emotive and upbeat tune. My Brother is the new single from artist Sam Tompkins. It’s an exhilarating slice of pop goodness with strong vocals and electronic textures. After being named Justin Bieber’s “favourite new artist”, Tompkins is on his way for another unstoppable year. Make sure you check out his new body of work, Who Do You Pray To?, which is out now.

Elsewhere, the renowned Californian four-piece Warpaint have released the hypnotic and glorious single, Champion. It’s taken from the group’s new LP Radiate Like This which drops early May. Alt-rock duo Nova Twins have shared another teaser from their hotly anticipated sophomore record Supernova. This teaser comes in the form of the blistering and effortlessly cool track, Cleopatra. 1883 Magazine recently caught up with Amy & Georgia from the band to discuss the forthcoming new album, check it out by clicking here. Brighton rock & roll legends Royal Blood have surprisingly shared new music. Coming hot on the heels of their studio third album,Typhoons, the pair’s new song Honeybrains will be sure to go down a treat when they embark on a UK tour over the next month.

Listen to all this and more via our playlist below.