The New York Fashion Week Calendar For 2022 Is Out 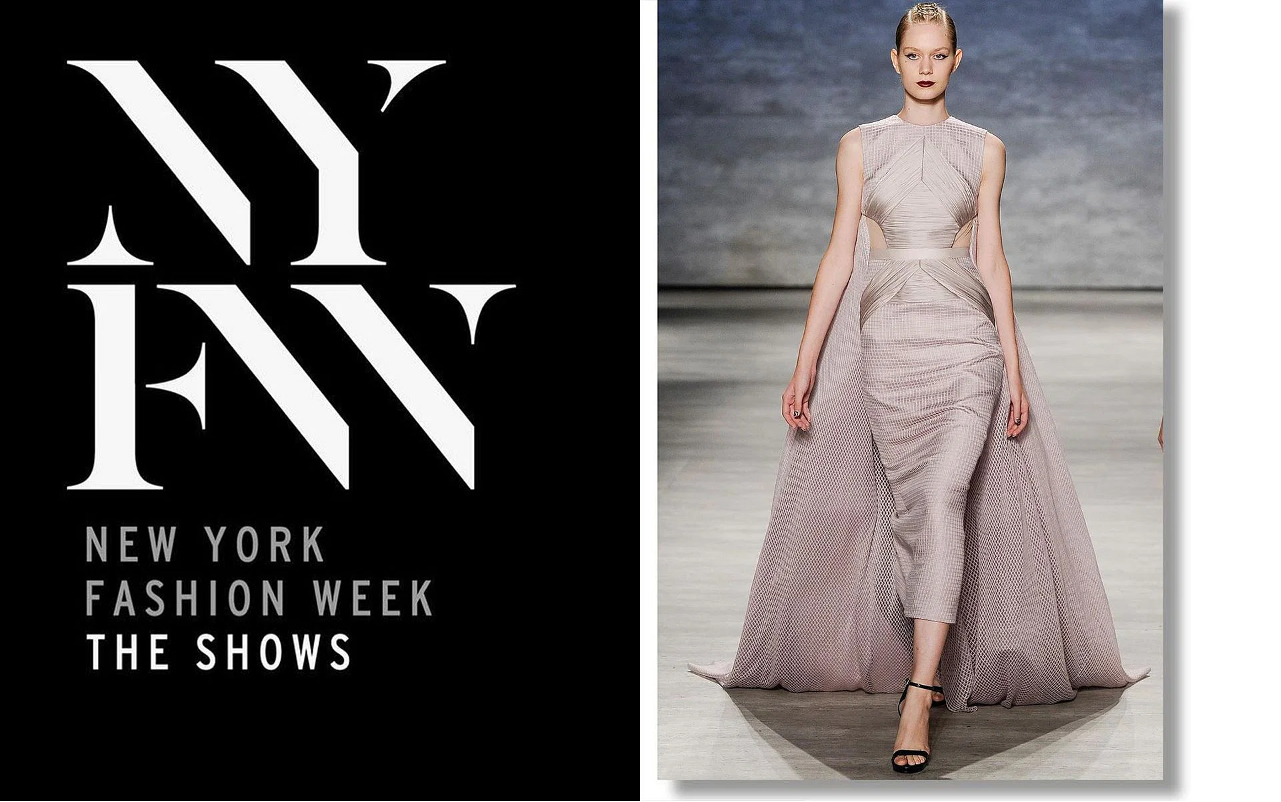 In collaboration with IMG’s NYFW: The Shows, the Council of Fashion Designers of America has released the official New York Fashion Week preliminary schedule.

NYFW will run from September 9 to September 14. Even though NYFW shows will take place all over New York City, Spring Studios will still serve as the event’s main hub.

“One of the strengths of NYFW is the city itself and the way it keeps driving our talents. We will continue to see designers show in unique venues and neighborhoods across New York with a base of shows happening at Spring Studios,” Steven Kolb, chief executive officer of the CDFA, pointed out.

“September demonstrates continued momentum for the CFDA and the important reach that NYFW provides brands. This season includes a noteworthy international roster, returning designers, first-time shows, and our CFDA/Vogue Fashion Fund finalists while reflecting the most diversity in NYFW history.”

Following a hiatus, Tommy Hilfiger, Area, and Puma will be making their returns to New York Fashion Week. 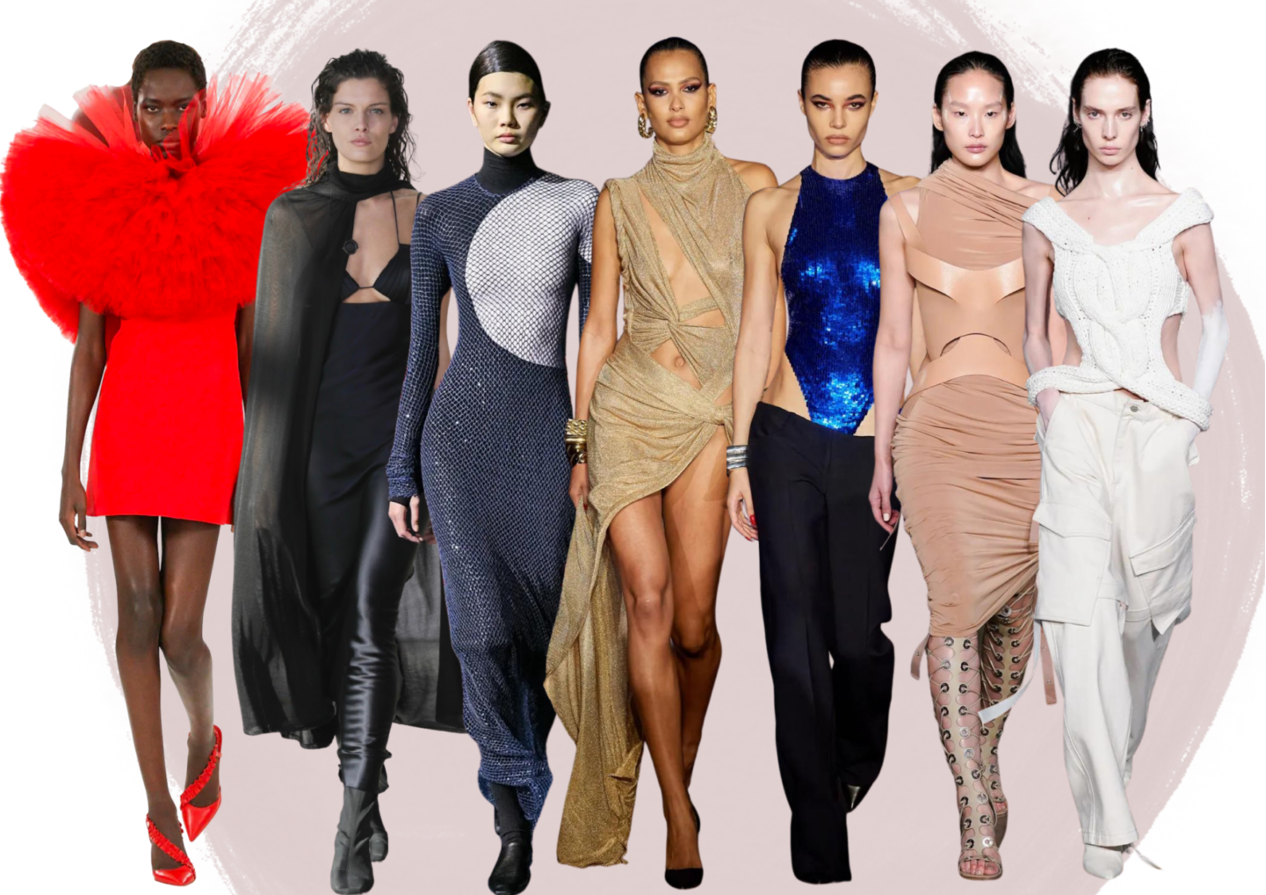 A simultaneous metaverse activation and a screening of Hilfiger are scheduled for Saturday, September 11 at 7 p.m. at the Skyline Drive-In in Brooklyn, as previously reported. Puma will host “Futrograde,” a runway show combining fashion, music, and sports, on Sept. 13 at 9 p.m. on the 13th and at 5 p.m. on the 12th.

AnOnly Child, Ashlyn, Foo and Foo, LoveShackFancy, Midnight Studios, and One/Of by Patricia Moto and Tia Adeola are among the newcomers to the schedule’s in-person activations.

“This year marks the 60th anniversary of the CFDA, and as the organizer of the official NYFW schedule, we are incredibly proud to release a lineup that reflects our founding principle: to promote American fashion on a global scale,” Kolb noted. “We celebrate the collective excellence, diversity, and resilience of our industry and look forward to a strong American collections season alongside our esteemed international guests.”

New York State Health Guidelines will be followed for the live performances. In order to assist American fashion brands in their collection releases throughout the year, the CFDA will use Runway 360 as its centralized digital hub and business tool to present the shows and presentations.

Amirok, Atelier Cillian, A.Potts, Nobis, Teddy Vonranson, and Terry Singh will be featured at New York Men’s Day on September 9 from 10:30 a.m. to noon, and Fried Rice, Holo Market, Nicholas Raefski, Nobis, So. TY, and Todd Patrick will be featured from 4:30 to 6 p.m. (Nobis is showing at both sessions). The performances will take place on the west side of Manhattan at Location 05 and Daylight Studios, close to Hudson Yards.

New York Fashion Week is also an event known to bring out some of the biggest names in sports. 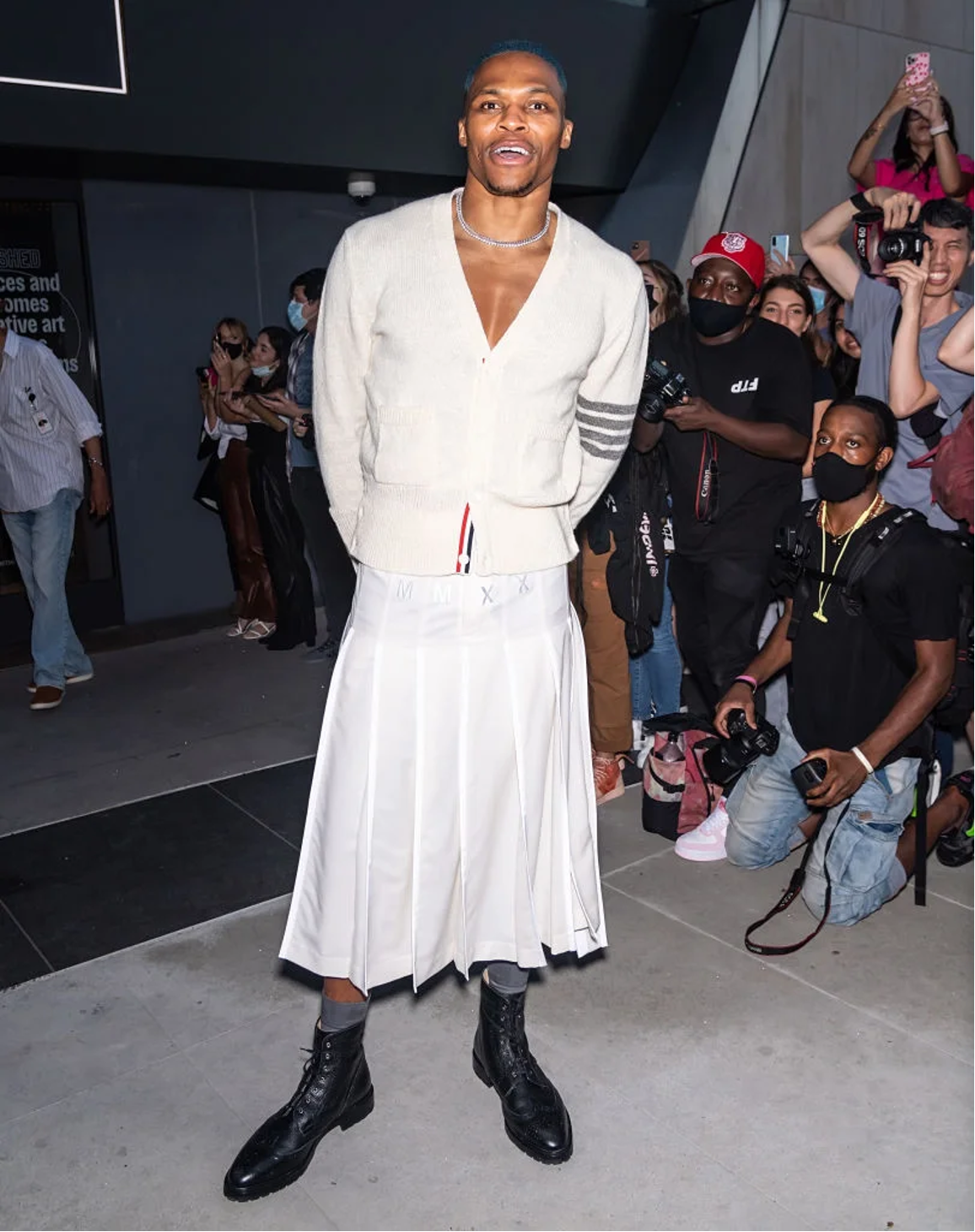 Los Angeles Lakers star Russell Westbrook shocked fans when he wore a Tom Ford skirt at the Thom Browne show last year. And, should he show up this year, you can bet he will make another statement. Of course, there is plenty else to bet on where NY is concerned, with avenues such as Caesar’s New York sportsbook offering odds on various sporting outcomes.

“When he’s on the court, that’s one facet of him at his best,” fashion authority Edward Barsamian said of the point guard. “But in his off-duty life, he brings that same level of energy and that same drive and determination to educate himself about the fashion industry. To learn about the designers and the craft, to study it. So when he puts something on his body, he makes that conscious decision, because he knows that it is what suits him. It’s reflective of his sensibilities and what he does professionally. He’s trying to show everybody, you can wear what you want, just find the best that suits you.”

Then, for the Met Gala, Russ wore Ralph Lauren, going for a more formal look with a midnight blue tuxedo and adding stars to his hair with a star-shaped or star-dyeing technique. Barsamian believed that he had taken the Met Gala’s theme of American independence and represented it in a contemporary, tasteful manner. 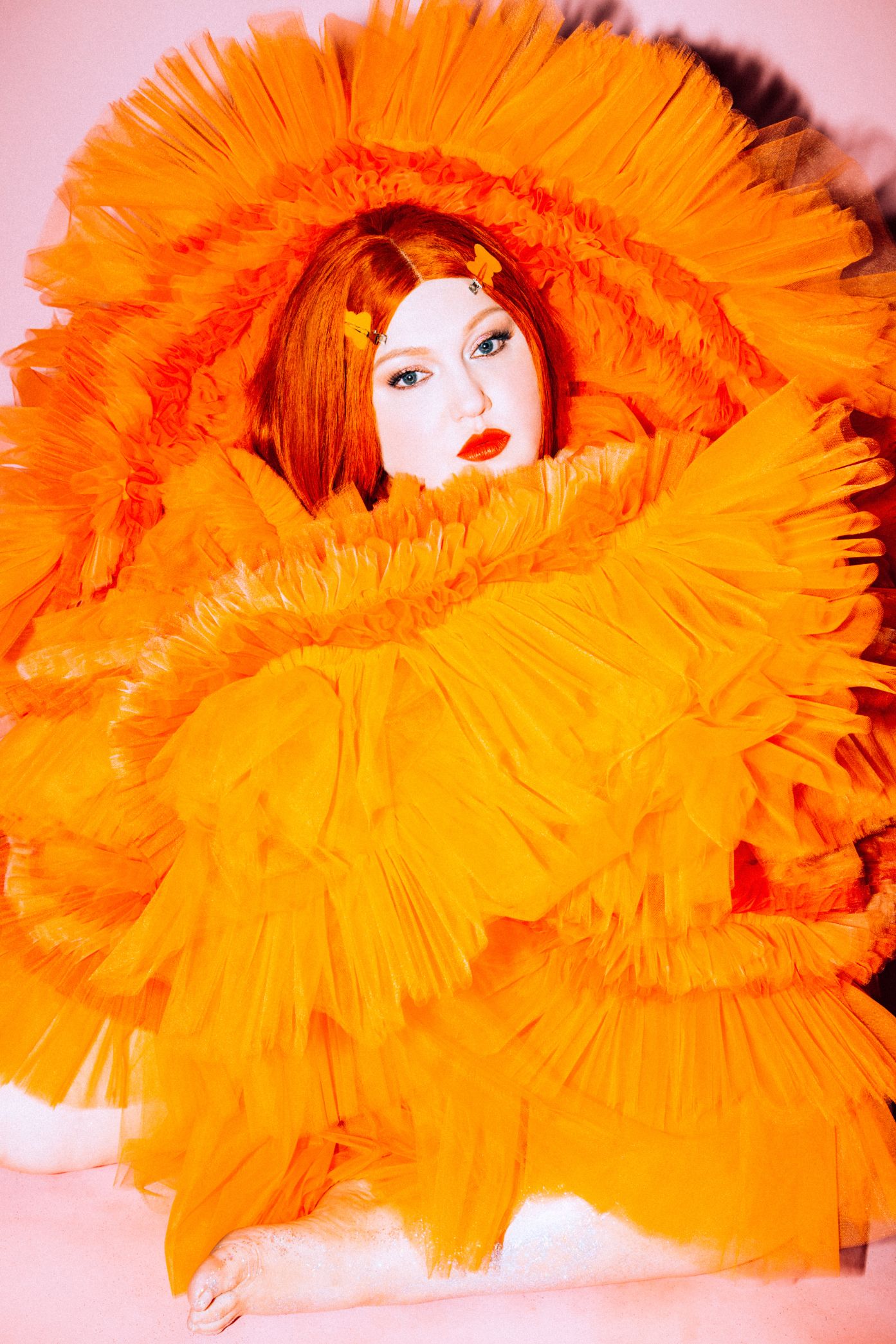 Beth Ditto is a cultural force. The Arkansas-born singer-songwriter and actress started her career as the frontwoman of three-piece band Gossip in 1999, their 2006 turbo-charged gay rights anthem Standing in the Way of Control With the return of TIFF, the streets of Toronto once again became a runway for Hollywood’s most dazzling stars. After a two-year hiatus, the city of Toronto welcomed back a collection of A-listers as the 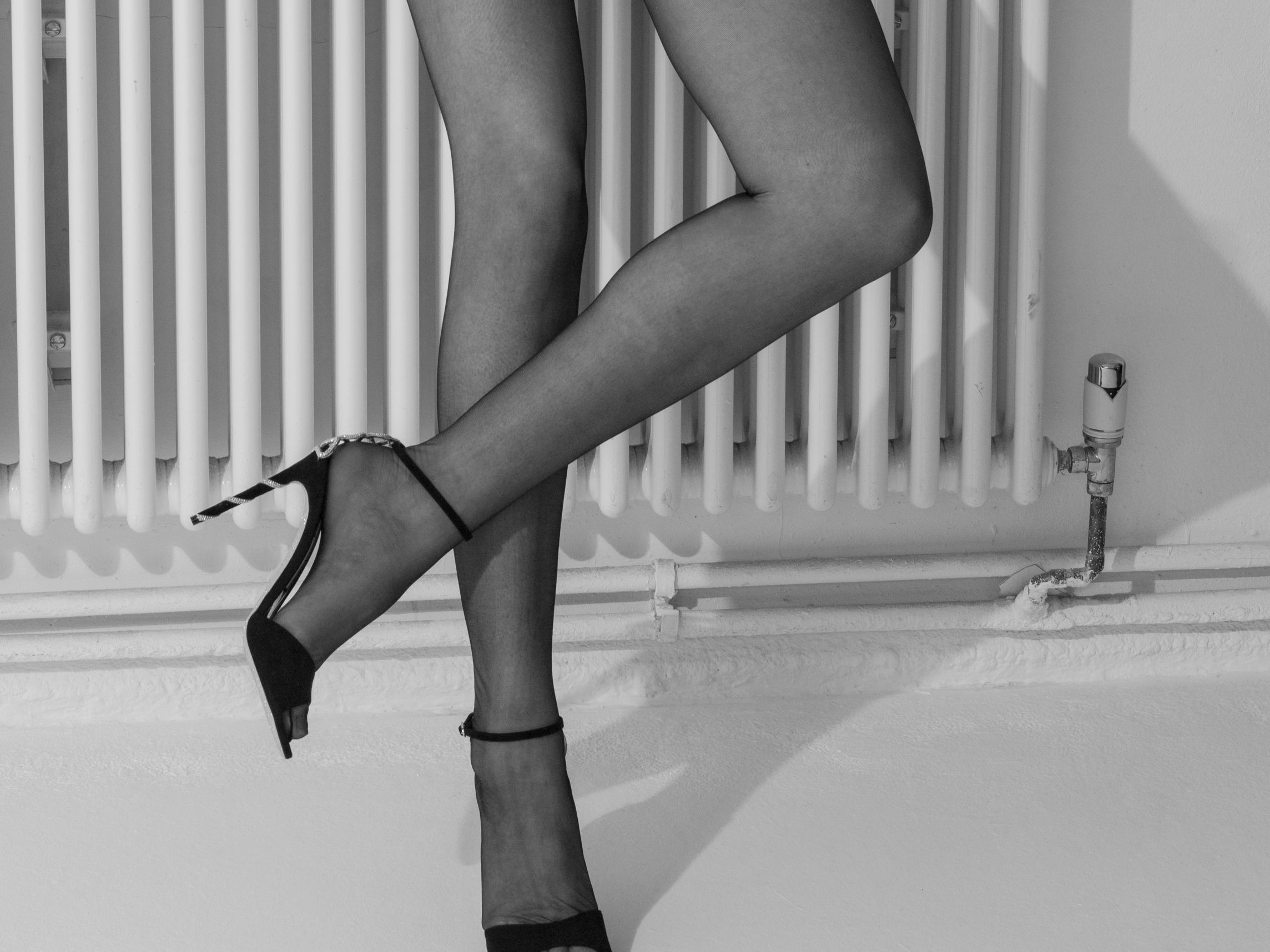