Tricks to Win At Blackjack 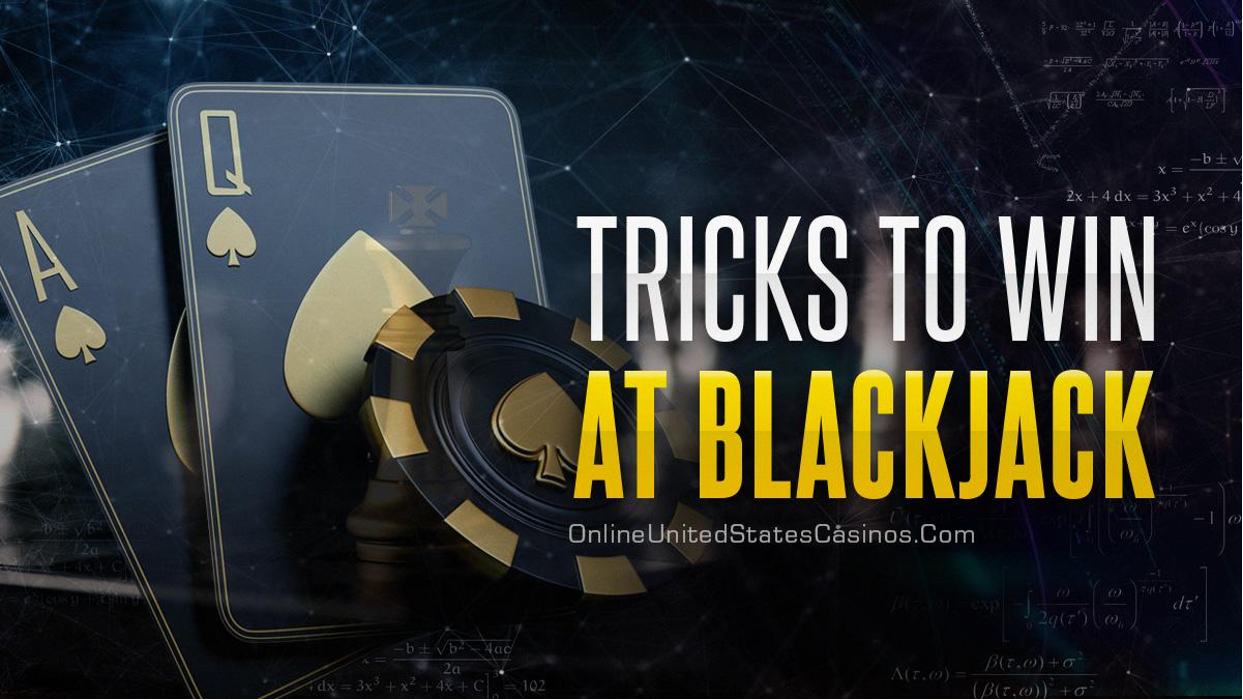 Most gamblers love blackjack. You will rarely see slot mavens spend time at baccarat and roulette tables, but you’d be hard pressed to find a reel-spinning enthusiast that does not wish to play a few hands of twenty-one action now and again.

Its appeal predominantly lies in two factors. The first element is that this game has simple rules that anyone can grasp quickly, which have remained identical everywhere. The second is that, by default, it has a house edge of only 2%, which can get further brought down to sub-0.5% levels if a player opts to follow a defined strategy for blackjack games of any kind.

Nowadays, twenty-one entertainment is available at virtually every casino with a license to offer Class III gaming and on regulated online sites. The latter usually delivers live dealer blackjack and this gambling classic in its software form, powered by RNG algorithms. Regardless of how one chooses to play this game, the blackjack tips present below should be valid and boost anyone’s winning chances.

A blackjack strategy is nothing more than a chart informing players what to do in specific scenarios. It is a table that lists different hands a gambler may get dealt and what to do when he holds every card combo possible. The instructions provided include hitting and standing, doubling down, splitting and not splitting pairs, surrendering if that is an option, and more. For example, if a player has an eleven card total, and the dealer’s up card is a ten, then a basic strategy chart will advise a gambler to double down on his hand. It is never a good idea to play live blackjack online frequently and not have memorized a chart outlining the best moves in each probable situation.

2. Avoid Side-Bets at All Cost

Side-bets also get called sucker ones in twenty-one gambling. That is so because their house edge is dramatically higher than the one in the base gameplay. The insurance wager ranks as the most standard blackjack side bet out there. But, it has a house advantage of 5.8% at single-deck tables and one of 7.39% at six-deck ones. These percentages also apply for live blackjack online real money play.

3. Play at Tables Where the Dealers Stand on Soft 17s

Soft hands are those with an ace, which can count as a one or an eleven. Hence, a soft seventeen is a card total where an ace counts as an eleven, and the other cards make up the number six in the dealer’s hand. Some gaming venues and the best live blackjack online USA sites impose that a dealer must stand on soft 17s, which improves a gambler’s winning odds. Thus, always seek out such games, online and offline. That is one of the best blackjack tips anyone can provide to casino newcomers.

4. Split Pairs of Eights and Aces

Splitting in blackjack gets permitted when a player’s first two cards boast the same value. The move allows a gambler to divide these into two separate hands. The idea in splitting eights and aces is that a player cannot bust despite whatever card comes down the pipe. So, they have a terrific opportunity of forging two decent hands. While splitting eight may seem irrational to some, analysis proves that doing this will result in such hands losing less often over the long haul than any other move.

5. Double Down on Hands with Hard Eleven

Doubling down means increasing the original wager by 100%. The reason to do this when someone has a complicated eleven is that a gambler can’t bust in this scenario. To elaborate, if a face card lands next, a total of twenty-one forms, and if the gambler gets an ace, he has a card total of twelve. Therefore, getting a hard eleven is an event where a player who plays a face card will get drawn next, and he is betting big on this happening.

Some people advertise the use of betting patterns on every casino game around. These are negative progressive systems that demand players increase their bet size after a loss. The problem with these systems is that an unlucky streak can lead anyone into a massive financial hole.

7. Pass on Tables with Continuous Shufflers

Deck penetration is a term that tells players how many cards a dealer cuts off relative to those he has dealt out. Most live dealer blackjack for real money tables have a deck penetration of 50%. Yet, those with continuous shufflers have a penetration of around 20%. So, they make card counting impossible.

The most valuable blackjack strategy one can know is that a player should only bet what they can afford to lose.

This article was written in collaboration with online gambling experts.