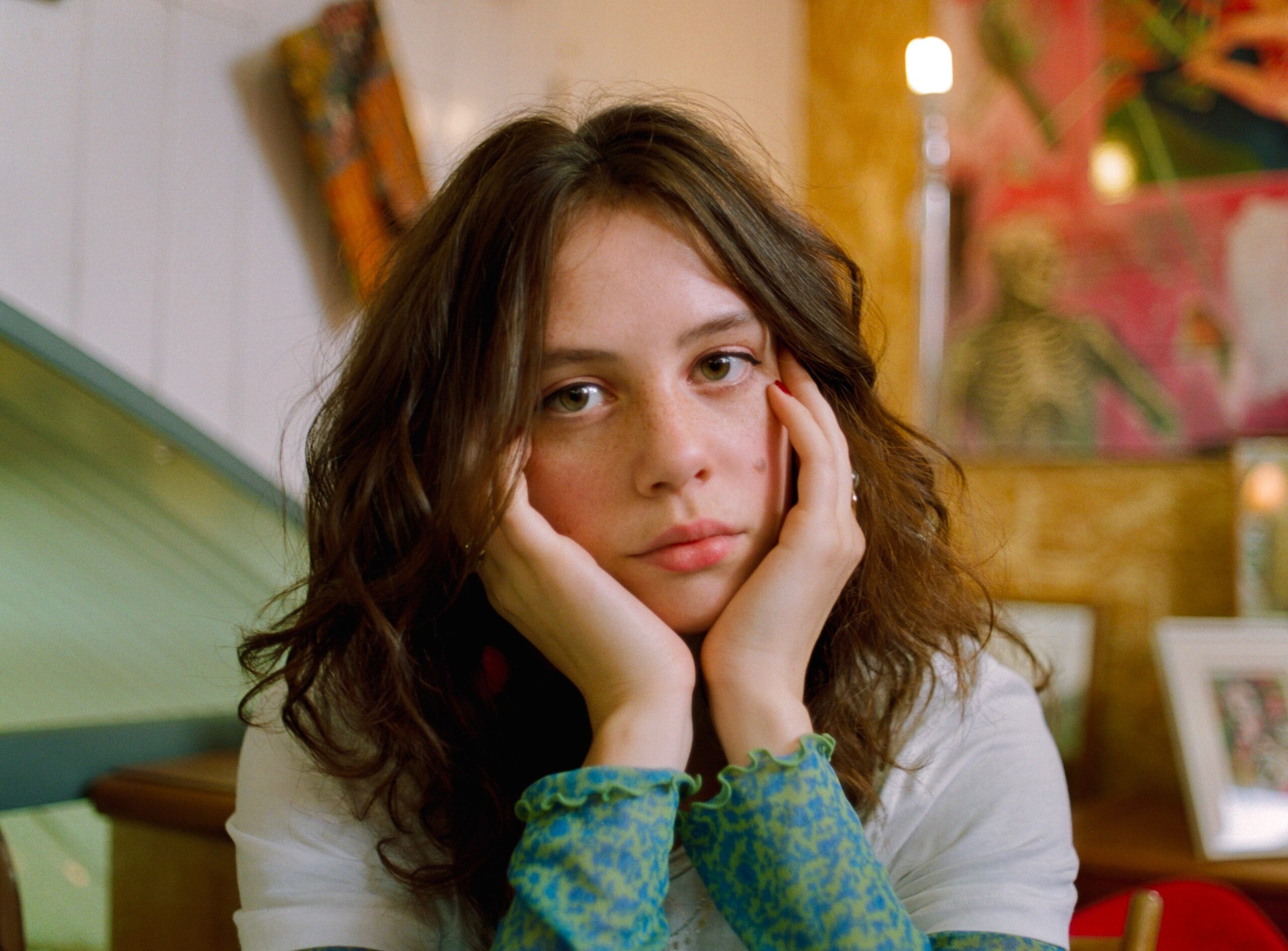 Matilda Mann pens an exclusive track-by-track for her new EP Sonder for 1883 Magazine.

There’s a reason why listeners of Matilda Mann are utterly captivated the minute her songs begin playing. The Arista Records singer-songwriter has an unyielding, uncompromising force that flickers throughout her poetic, emotive tracks that are always crafted in a way that allows listeners to go on a journey with Mann as she invites them into her mind & memories through her music. Her latest release — the 6-track EP titled “Sonder” — is one that exemplifies what Mann is known for, while also showcasing her maturity and growth as an artist after crafting the EP around the theme of reflection.

Ahead of her headline gig on October 6th at Lafayette, Matilda Mann broke down her EP track-by-track and gave 1883 more insight into the background, development, and inspiration behind each song.

I wrote this one with Jonah Summerfield and Oscar Sheller. It was such a funny session and I’m surprised we actually got anything done ahaha. After writing it I had to leave, so quickly recorded in the melody and some harmonies snippets, and came back the next day and they had stayed there till 1am and had completely produced the whole thing and I instantly fell in love. We all love The Office (both versions !) but I just adore the US one, mainly because of the journey you go on with the relationship between Jim and Pam. As watchers, you can so clearly see they were made for each other, and I think they both knew it too. I loved the concept of the song coming from both their subconscious thoughts, like wondering how long they’d have to wait for them to finally realise they were with the wrong person and if they’d ever actually get to be together.

I wrote the chorus on my bed at home, in early November. It was a pretty miserable day, and it was during the time in the pandemic where I felt quite low, and for a while nobody could really see the light at the end of the tunnel. I think about a month later, I had a session with Steph Marziano and she helped me find the right kinda idea for the verses. Even though it was originally a sad song, we wanted to make it romantic and movie like. An “end of the world” kinda slow dancing song. A song you could dance to with your partner, knowing that everything was okay cause they were there.

We wrote ‘Bloom’ at Jonah Summerfield’s home studio with Max Wolfgang. I had just turned 21, and weirdly enough, suddenly felt the youngest I had ever felt… I realised how much time I had to grow, and I wanted to do it on my own. Jonah’s guitar was broken, so it only had 4 strings on it (but I love stuff like that, cause I usually just land my fingers on the fret and see if they play something nice, so it made find chords really easy). I was feeling optimistic, so we wanted to make it a summer tune to dance around to. After we wrote it, we had lunch and I became so sleepy, after that I sang all the lyrics with my eyes closed ahahah (but it sounded rubbish, so I downed too much coffee and I think that’s what gave the song all its energy.)

My Point Of You

My friend had just gotten out of a bad breakup. It had been a complicated relationship, in which she had started to lose the things that made her, her. After a while she started to get it all back, and it was so nice to see her finally happy again. I think you can only reflect and look back at what really made up low, after you come out at the other side, and have the right perspective. People can give you their opinion, but only you will really know what you can’t let back into your life again. Steph Marziano and I wrote this one really quickly. I think I just had the concept really clear in my mind and I knew exactly what I wanted to say in the song that would make her feel better. Jonah and I agreed that because the lyrics were so particular, we wanted them to stand out, so we kept the production super simple.

February is the worst month ever. (I can say that cause I’m born in February). I feel like it brings out the worst in people, by making us all live in a bad mood for a month. Sometimes you get to a point in the year, where it makes you start properly thinking about things you were avoiding. I guess I thought, might as well get all the bad things out the way this month. So February came, and called it enough. Låpsley and I wrote this with Jonah at his house, around April time. We really wanted it to have a big impactful ending. Kinda showing that this is the worst part, it’ll be ok after this month, after this song.

I take a lot of concepts from my friends heartbreaks… I know, I’m a terrible person. BUT, I try and make them a song, that’ll hopefully make them feel better. And out of all the hurt, they get to have their own song they can’t dance to ahah. For this one, my friend had met this guy, and when they first started talking, he would go on and ON about how much of a “feminist” he was. It was absolute bullshit, because after a few weeks he broke up with her because “she was too independent” and he felt like she didn’t need him (which she didn’t). I feel like it’s so much easier to say you’re one something, rather than actually believe it and go through with it. You don’t have to go on about being a feminist, just say the right thing when one of your “mates” is being sexist, or you see a woman being harassed on the streets. It’s the same for any cause. Don’t try and convince everyone you’re a good person, just go and be one.

Sonder is out now.