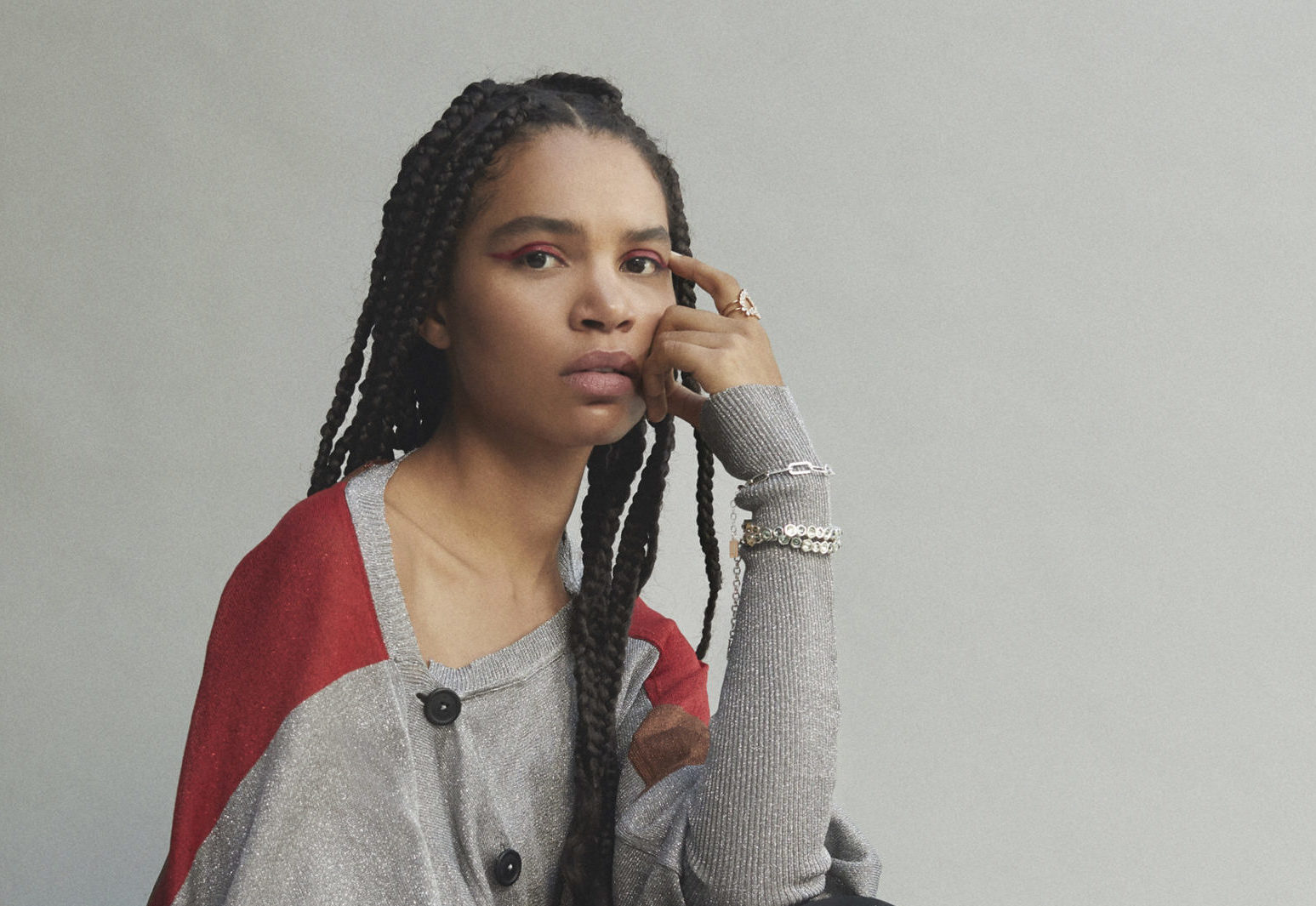 Actress Nesta Cooper has been enchanting viewers with her deeply emotional performances since 2016 when she was cast as Carly in Travelers. Currently, one of the stars of See, streaming on Apple TV+, Nesta is developing a body of work that is reflective of the immense talent she possesses.

Born in Canada, Nesta has been engrossed in the world of television since she was young. Tuning into television shows such as Hannah Montana and One Tree Hill inspired Nesta to pursue her dreams—with a little encouragement from her sisters Elisha and Sarah, and their mother who enjoyed letting the girls dress up as Inuyasha [Japanese Manga series] characters and perform around the house. It was this penchant for performance that would ultimately drive Nesta’s career as she began receiving acting jobs straight out of high school. With leading roles in television series and movies, Nesta has managed to build a strong foundation for her career in a short span of time. From playing Dani Barnes in #REALITYHIGH to her captivating performance in Travelers, Nesta has been steadily proving herself to be one of the strongest actors of her generation. Now with the addition of her role as Haniwa on Apple TV+’s new show See, Nesta is emerging even further into the field of contenders.

1883 spoke with Nesta Cooper about her rewarding experience filming See with blind and visually impaired actors, what projects lay on the horizon, and the adorable dogs that she shares with her partner, Peter Van Auker.

In See, your character Haniwa and her twin brother Kofun are the only two in society who have the ability to see. Haniwa seems empowered by this ability and wants to use her vision to expand her mind and explore the world, but Kofu is not as invested in this mindset of achieving independence. Do you think this desire to engage with the world around her in a more in-depth way could ultimately prove to be problematic for Haniwa?

One thing that I think Haniwa has yet to learn is consequence. Even though she has this power of sight, and afterwards the even more important power of knowledge, she hasn’t earned the power of experience. Kofun, who takes after Mahgra, has a more in-depth perspective of that. He notices the people around him, and he respects them for raising him, feeding him and teaching him. Haniwa is so focused on the world outside of Alkenny, that it’s hard for her to think of anything else. That’s one of her flaws, but that focus and drive are also the reasons she could possibly change the world. That’s what is special about her, you get to grow up with the twins and see how each moment affects them and helps them grow. The beginning of season one is their origin story. You mentioned that you worked with blind and low-vision actors on See—take us through the process of working with these talented actors and what you learned from them while filming the show. Do you feel like these lessons influenced the way you played Haniwa versus how you intended to play the character before arriving on set?

Absolutely! We were humbled every day in learning about the blind community and what they are capable of. We have actors from all over the world doing this project, we also have actors of every color and ability as well. It was also important for us to experience each person as an individual. I didn’t want to clump every actor who happened to be blind or low vision into one box. For example, Marilee Talkington who plays Souter Bax is an extremely skilled actress, who carries a complex emotionality with her everywhere she goes, on and off-screen. Bree [Klauser] who played Matal is like this amazing, bouncing ball of happy energy who has an amazing voice and before even stepping onto the set of See, had made music videos with her band and performed live multiple times. There are people who are blind who have peaked Mount Everest, there are blind hockey teams…Joe Strechay, our blindness consultant, scouted every single location before we got there to make sure it would all track. This was a major lesson for me. I think naturally we want to tell other people what they can and cannot do, but it’s just not fair, or true. Take us through what it’s like to prepare for such an immersive show like See. Do you start to feel more connected to your character once you’re in costume or do you feel like you established a connection with Haniwa when you first received the script?

I definitely identified with her immediately. Her longing to make a difference in the world, her frankness. I also appreciated the air of teenage angst she has because I think that’s so real [laughs]! I prepped her in different ways, but I think the number one thing was deciding how she moved through this strange world we built, how she felt about the customs, the religions, etc. Especially after reading those books and knowing about evolution, and science and politics from today, and then having to hide that you know all these things. That was the hard part, finding the line between resentment and reverence for your family and tribe. The premise of See largely revolves around the importance of family loyalty. Baba Voss, played by Jason Momoa, is the father of Haniwa and Kofu and thus works to protect the twins once it is known that the Witchfinders believe the gift of sight to be a sin instead of a blessing. How important do you think it is for this sense of family loyalty to be the driving force of the show?

It’s really important. It’s about protecting your own, and I believe that so much, that a parent would do anything for their children. I witnessed it firsthand with my mum and her mum. But also deep down I think all these main characters know how important the twins could be, whether they show it or not. The show also picks up in a time that is cutthroat and about survival. So, you feel the weight of that as well.

You’re starring in the new film Bliss, slated for release in 2020 by Amazon Studios. The movie is described as a Sci-Fi project—are there added challenges when you’re acting in a piece that doesn’t take place in a normal timeline or setting?

I find grounded Sci-Fi, like Bliss, to be a never-ending playground of possibility. You’re working in the realm of reality, but there are certain elements that elevate it or make it more exciting. Bliss is a movie like that, it’s simulation theory but it’s really about a man, Owen Wilson, fighting to keep his grip on reality. It’s a total mindfuck, and those types of movies are always really exciting to be a part of. In such a short span of time, you’ve completed numerous film and television projects where you were either the star of the movie or you played one of the main roles on the show. What do you think helped you the most in terms of achieving this level of success early on?

I think I got very lucky mostly. The right roles just came at the right time for me. I also have an unusually strong sense of purpose when it comes to acting…I never saw failure as an option, so maybe that’s what drives me. One thing I can say for sure is that I had absolutely no life until about three years ago. I wouldn’t go out with friends, I just stayed home and worked and worked. I think it helped me become a better actor quickly, all the classes and practice, but I can’t say it’s the reason I’m now successful. I feel so much more confident, and full, having balance now, which allows me to do better work. You and your partner Peter have adopted two dogs, both of whom feature very prominently on your Instagram feed, which is lovely because I’m such a dog person. Does Juneau, and now Olive, accompany you when you’re on film sets, or do you and Peter trade off who’s taking care of them when one of you is working?

Thank you for asking about my dogs!!!!! When I first adopted Juneau, he came to Vancouver with me and came to set and everything. As he got older though he started to get more and more anxious in the city. Vancouver is so small and there are lots of people in the downtown area, so eventually, I started leaving him in California with Pete, where he could run around in the backyard and chill out all day. He’s much happier here in LA. As for Ollie, she’s much smaller and confident, so I’ll definitely try to have her on set with me. Having a dog with me while I’m away for work is literally heaven-sent. It makes you feel less isolated. They’re also the best adventure partners! So far, you’ve worked with some amazing actors and actresses like Jason Momoa, Helen Hunt, and Danny Glover. If you could pick your dream co-star (not including those you’ve already worked with), who would you choose and why?

If I could work with anyone right now it would be one of the Canadian Ryans (Reynolds or Gosling). They are both so skilled in their own ways and always pick cool projects. 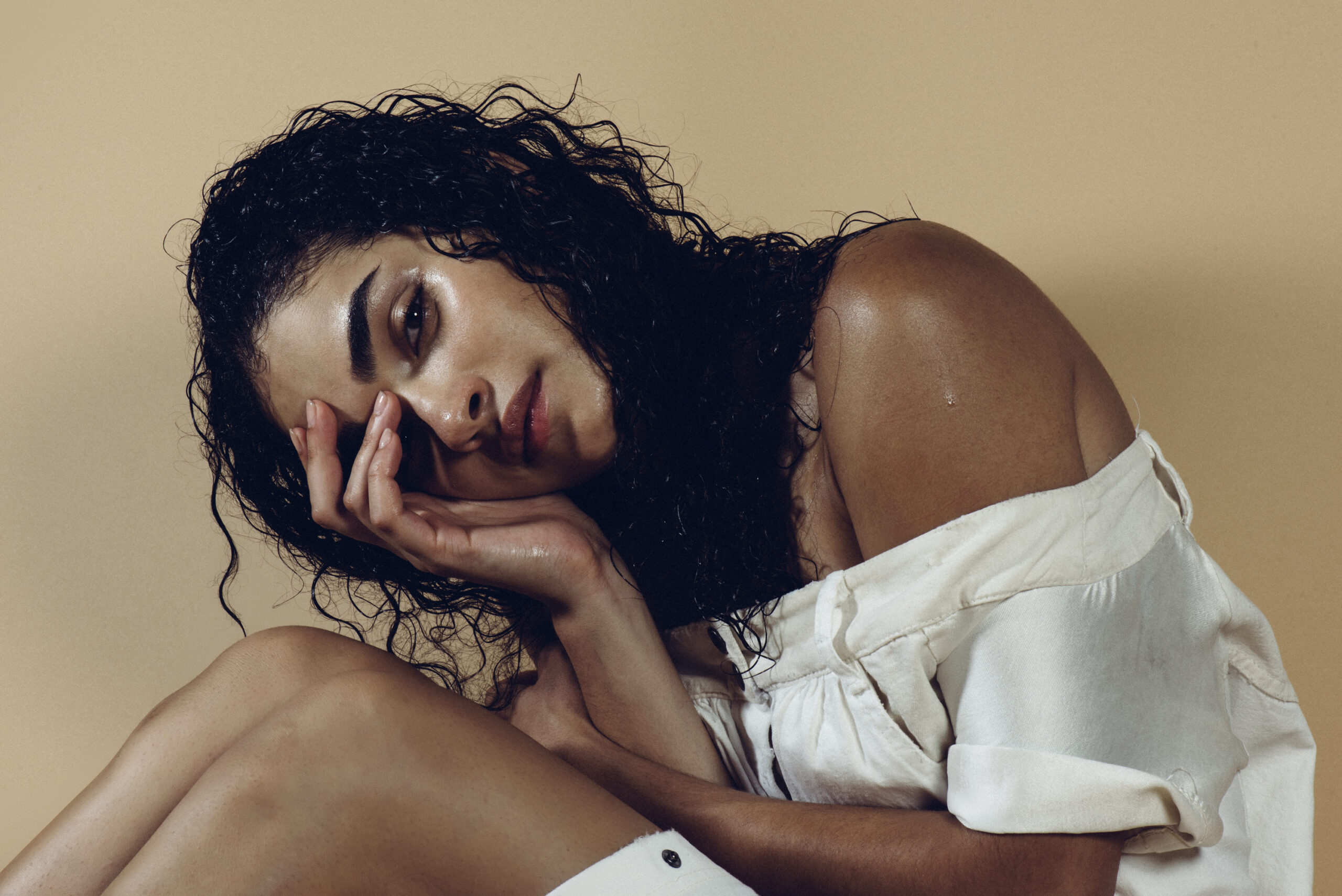 The tender-hearted series Little Voice on Apple TV+ takes a precariously close look into the life of Brittany O’Grady’s character Bess King, a 20-something shy musician making her way in New York City. The show itself

In what should come as a promising sign to potential viewers, Jim Sturgess’s latest series Home Before Dark was greenlit for a second season before it even premiered. Inspired by the true story of teenage