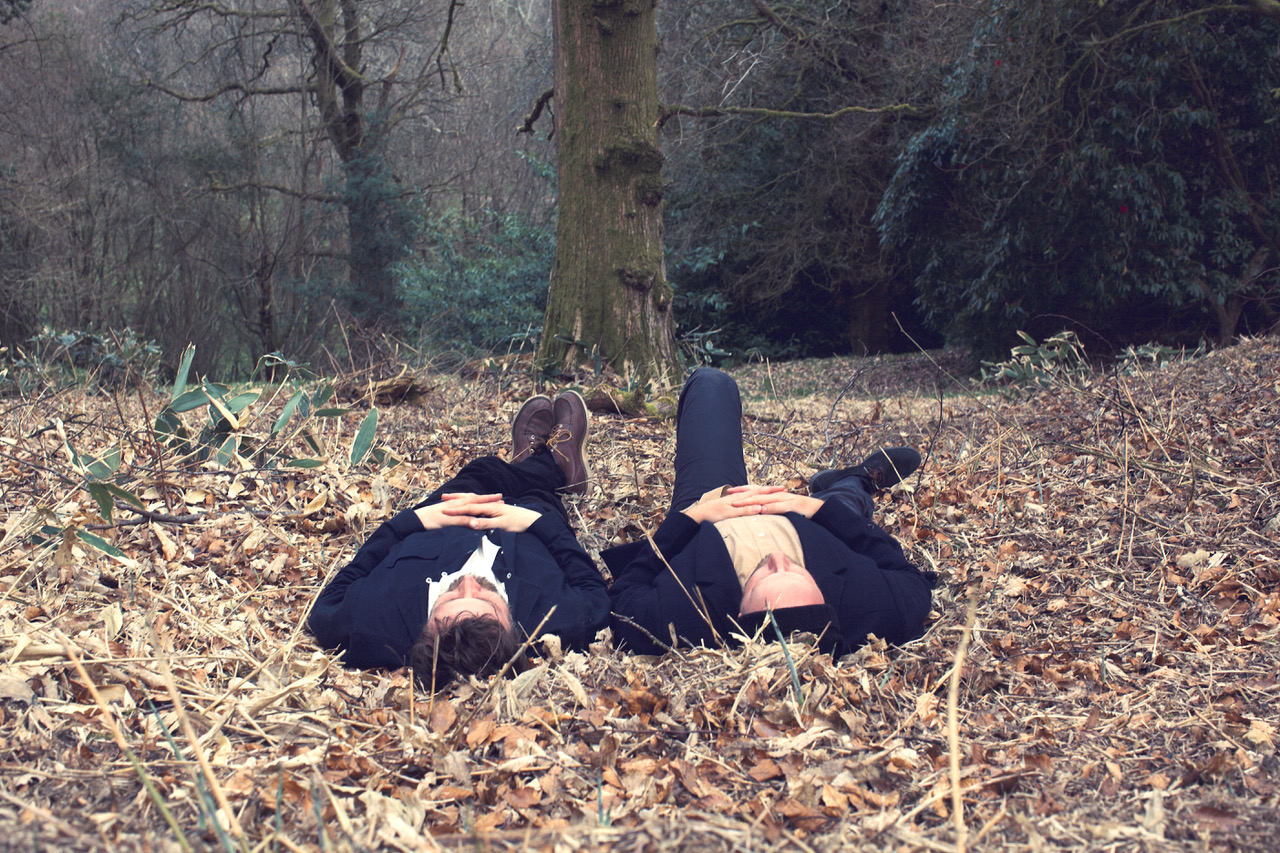 With lyrics that blend the introspective & imaginative parts of our brain, REUNIØN are reminding us what it means to be positive with their new single Caves. Born out of the idea of “emerging from something, somewhere” and inspired by the need to get back into the world, Caves embodies everything the band is known for: a unique sonic palette with thought-provoking lyrics.

1883 chats with the duo about Caves, working with animator Sonoko Obuchi, upcoming music, and more.

You’ve written for huge artists before but you both decided to create REUNIØN as a way for you both to share your own stories and find your sound. Was it always important to you to show who you are as a duo? Was it something you were always planning on doing?

I don’t think any of this is particularly pre ordained or planned to be honest. We both work as songwriter/producers in the music industry anyway but obviously that is a very different experience to creating one’s own music. Since the moment we started working on REUNIØN together we’ve found it very liberating and easy to be working on material that has no ‘artist’ attached to it, in our usual understanding of that at least.

What are the differences when you’re writing something for you both compared to when you’re working with people like James Bay and Two Door Cinema Club? In situations where you are working with collaborators, how do you then find a balance between other people’s opinions and listening to your own?

It’s very different. When working with another artist the focus is obviously on creating something that works for whoever that artist is, whereas we have a lot more freedom when we’re doing REUNIØN stuff. We’re just following our own instincts which is very quick and direct so things can happen a lot more quickly. I think the truth is that most artist’s initially find their sound by doing whatever it is that they do instinctively, and our jobs as producers or writers are to come along and try and understand that identity and bring something along to the table, so it’s quite a complex process to plug into. This is very different, we’re just making music and seeing what happens essentially!

Describe what it was like to write and record Caves.

The song came about from a concept that Jon had. It was a very clear vision with regards to the end message/meaning and the song just grew around that during a week in we spent together in the studio.

Caves has a very uplifting, positive message behind it much like a lot of your singles. The release of it marks your 7 previously released singles — how have you both grown as artists and collaborators in between writing and releasing these songs?

I think our sound is definitely developing as we work on the project more together. Again not through any pre ordained plan but just as a natural organic thing. We have a bunch more recorded material which we will be releasing throughout this year so look out for more!

The song brings a beautiful new animated visual by Japanese animator Sonoko Obuchi. What was it like working with her on the creative side?

Sonoko is fantastic. She worked with us on a previous video (way out west) which was more of a collaboration with regards to the visuals as I (Eliot) helped out with technical aspect of putting that one together, whereas this is entirely Sonoko’s work. We just said, Sonoko do your thing, and she went for it. She has an incredible way of soaking up the emotion in a song and turning it into her own story with real heart through her incredible artwork. And she’s insanely fast…we drove her a bit mad with changes but she turned stuff around really quickly, so we’re very indebted to her for it.

It depicts someone experiencing a turbulent moment in their life — what do you hope people take away from this visual and Caves?

Caves has a positive message at it’s heart. It basically says, it’s gonna be ok we’re going to get through this together. If even one person can take that message on and make a positive change in their life through listening to the song or seeing the video that would be an amazing thing.

Do you typically write with visuals in mind already or is it something that you figure out later?

Generally something we figure out later except very specific circumstances. In the case of Caves the visual element is entirely the brainchild of Sonoko

What can we expect next from REUNIØN?

Lots more music in the pipeline. Watch this space. We’re just lining up the next one

A holiday somewhere tropical or an arena tour… neither look particularly likely to be honest but one can only hope!