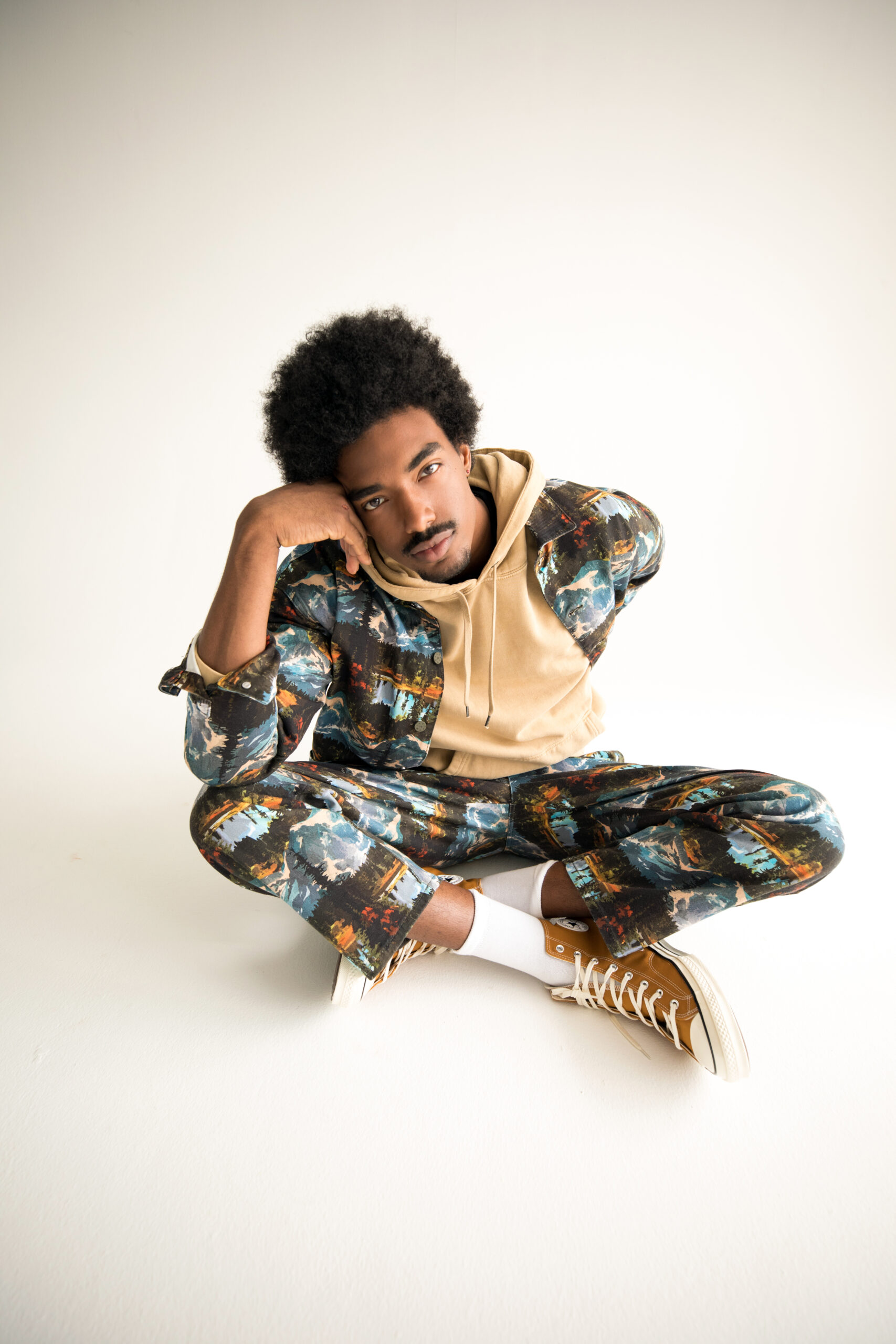 Tai Verdes takes listeners on a creative musical journey with his new album TV – a chronological reimagining of the last four years of his life as if they were unfolding on a feel-good television show – and he provides 1883 with an exclusive track-by-track explanation behind this inspirational endeavor.

Known for his irresistible viral hit Stuck in the Middle that took TikTok by storm, Tai Verdes is an energetic musician who seeks to explore the truth within the breadth of his work. Each track on TV tells a different part of his story—from his experience as a college dropout, to his experimentation with drugs, to the unyielding learning curve that comes with first loves and failed relationships—no topic is taboo for this LA-based singer-songwriter.

Verdes’ new album is unique in its approach to storytelling. “It’s my life within the theme of a television show series really. Ultimately, it’s about

being and feeling yourself,” says Verdes. And this is the primary message he wants to get across to his fans: you can do and be anything you want, and if you need some motivation to achieve those goals, grab a pair of headphones and blast TV until you have the confidence to go after your dreams.

To celebrate the release of his new album TV, Tai Verdes took 1883 Magazine through each track to provide insight into the creative process behind this compelling work of artistry.

“The Album TV is a diary of the last 4 years of my life. If you listen to the album from top to bottom you’ll hear me learn about fucking up love, fucking up life, and learn to not give a fucking fuck and be happy”

I dropped out of school after a year and a half and this track shows how uncomfortable I was around the college school system.  Everyone was around me having a good time while I was wasting money on an education I knew I would never use.

After I dropped out of college I felt alone.  that’s what I tried to convey with this track solamente.  I was in the airport with 5 bags and I didn’t know what I was going to do when I got home.

When I got out to Downtown LA, I started experimenting with some mind changing substances.  Not hard ones though.  I try to convey how hard it is to communicate to your family that your new hobbies might not be the most PG.

4. we would have some cute kids.

You have to be on drugs to say this to someone out loud.  But there’s some people when you see them take you into a fantasy land of fake relationships. That’s what my ex did to me and It caught me off guard.

5. Stuck in the Middle

Once I started dating, I made the fucked up mistake of not deciding what I wanted before I ended that relationship.  Being in limbo with another person is kinda fun until it’s not. Then it gets super fucking unfun real fast.

After falling in love for the first time, I felt new emotions that were raw and real that I’ve never felt before.  Some of them were crazy awesome experience and others scarred me in ways that I’ll remember for a long time.  I sing about that on this song

7. Something To Cry About

Toxic relationships can be fun.  I didn’t know that until I was in one of them.  I would think the ups and downs of the bond were normal but in reality we both just had to work on ourselves a lil more before anything could turn into real love.  In this song I fall in love with that toxic shit.

i just fucking sing about my relationship problems.

Fucking up a relationship changes how you view relationships.  I definitely didn’t want to start something new.  I wanted to chill. Vibe. Be alone. You know all that good shit. Gotta work on yourself before you love anyone properly.

Losing a toxic relationship is bad and it’s great.   It’s bad because you lose all of that time and love that you invested into a person that was once your best friend.  It’s good because you get to work on yourself and become your own best friend.

Finding happiness is hard.  That’s all I want. Happiness.  In my job, in my love life, and in every other part of life I can think of.  It hurts a lot to grow.  Growing pains are real.  But who doesn’t want to be a lil damn taller.

This track is for my mom and all she did for me.  She’s the fucking best.

We are all going to die. You have no time left. Everyone is tricking you. You don’t have until you get older to do what you want.  DO IT NOW. THIS IS IT. THIS IS THE SIGN MOTHERFUCKER. YOU GOT THIS.