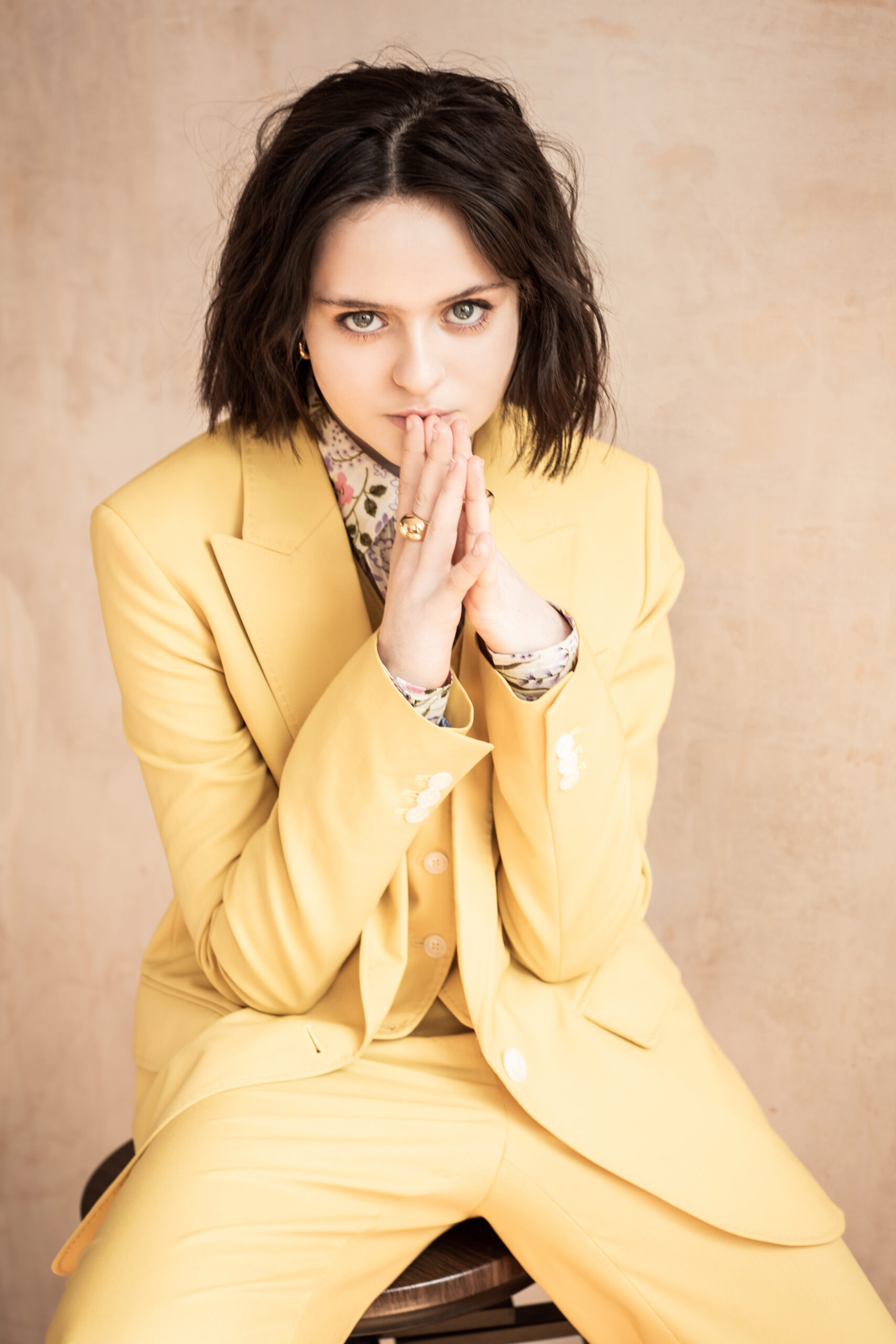 It was a serendipitous circumstance that brought Viola Prettejohn to the world of acting and now the British actress is staking her claim in the industry in her role as Myrtle in the HBO series, The Nevers.

Starring alongside Laura Donnelly, Olivia Williams and James Norton in Joss Whedon’s latest cinematic brainchild, Prettejohn demonstrates her tenacity as an actress. Communicating in a multitude of languages, with varying degrees of knowledge about some of them, her ability to make the viewer empathise regardless is an unexpected gem in the series.

Available to watch from May 17, The Nevers follows a group of men and women living and breathing in a hybrid Victorian London that blends steampunk and sci-fi elements whilst embedding themes of female empowerment, sexuality and identity.

Only the third credit to her name, her portrayal of Myrtle gives viewers a taste of what we can expect from her in the years that her career will span. Tell me about your journey into acting, when did it click that this was something you wanted to do?

I did a lot of drama at school and I was always in every school play, but actually doing it as a job came completely randomly. It was a massive fluke, my drama teacher was approached for this open audition for the remake of Dumbo and they were going around the country asking drama teachers to put forward a few of their pupils and she put me up.

We didn’t expect much but I did quite well in the process and it was suggested to her that I find myself an agent. It all kind of kicked off from there and it was all accidental, it was a few months after that that I was then sent the script for my first audition which was for Counterpart (2017-2019) which ended up being my first ever job.

I don’t know what I would have done if that had never happened but going on set really was what made me realise that it was what I wanted to do. I’d always loved acting I just didn’t know that it would be what I would end up doing because so often you’re told it’s not the most viable career option.

You star as Myrtle in the HBO series The Nevers which features a whole host of famous and accomplished British, Irish and American faces. How did you feel when you found out you were cast?

Well I was a bit freaked out! I was quite intimidated because it’s one of my first ever jobs, I think it’s my third job ever so I’m still very inexperienced, and I was thinking I’m not good enough, this is terrifying. It was all intimidating but everyone was so lovely once I got to meet them all.

Interestingly, a couple of years before starting The Nevers, Laura [Donnelly] came into my school to give a talk and a Q&A about what it’s like being an actor and as part of my drama GCSE I went to see her performance in The Ferryman which I then had to write an essay about afterwards. So it was kind of crazy that I ended up working with her, when I went into the production offices [of The Nevers], and they had the photos of the cast members up, I saw her and was like ‘I know her!’. Then I walked into the table read and Olivia Williams was there and I played the younger version of her in Counterpart! What was it about The Nevers that made you want to be part of the series?

I think what excited me the most about it was the crazy victorian/ sci-fi element. I thought that was so exciting and my mind spun out of control when I was thinking about the production but also Myrtle, it’s not often that this kind of character comes by.

I’ve never had to audition in anything other than English so when I given the script for Myrtle it was originally just random sounds, no words or anything, and it was open to interpretation. So I was immediately interested and curious as to what they would do with the character. Once I got the part that was definitely the most exciting thing; to play around with these languages and see what they had in store. They didn’t tell us much before we were cast about the show or the characters so we were all finding things out as we were going along and that was what I found most exciting.

We see your character at the beginning of the series and it’s through her that we’re introduced to this hybrid world of sci-fi, steampunk Victorian London. What was it like filming that first episode?

I was so excited that these scenes were going to open the show, I thought it was an amazing opportunity. As the audience is discovering this world so is Myrtle and I thought that was so great because she’s flung into this crazy world and so is the audience. It was great to portray that feeling of complete bewilderment and wonder at this world that she’s being introduced to. Your character communicates in a multitude of languages from Russian to Japanese and this can alternate mid-sentence. What was it like learning all these languages and switching between them? How much did you learn for the role?

It was a long long long process with my dialect coach and essential guide through it all. Coming into the show, I had studied Mandarin for 5 years, Italian for two and I did ancient Greek and continue to learn Latin as well as having a bit of a footing in French. It’s a bit all over the place so I knew a few things but we really were determined to get as many different languages in there as possible, including some that people might not have encountered – we had some Medieval dialects from Europe and some Haitian creole.

We were given all the scripts in English and we would translate and source people that we knew in other countries and ask them to read parts out in other languages so I had recordings to listen to so I could get the pronunciation correct. It had to feel right, the rhythm had to work in each sentence and fall off the tongue. That was probably the hardest; that switch from different languages because they are placed so differently in your throat and in your mouth. Some languages are right at the front, on the tip of your tongue, and then there are others that are very throaty. To make that seem seamless and effortless was difficult because Myrtle isn’t choosing which language comes out so it is natural for her, it’s effortless.

We tried to keep it as faithful as possible to the structure of the languages that we were given but most of the time the people who translated for us would write them out as well so we had the word order and we could then supplement it and almost make it correct. I think sometimes we’re a bit off but we tried our best to keep it relatively grammatically correct and make sense!

I’m obviously not fluent in 80 languages but it’s great because I now know some random stuff. Say it’s 1896 and you’re in London, what ability would you like to have?

I’m very nosey so telepathy would be great! it takes the liars out of the equation so you don’t have to deal with that.

But before the show, when I was at school and they made you do those awful bonding exercises and you have to say what you wish your superpower would be, I would always say omnilingualism. Which sounds like ‘oh she’s just saying that because that’s what her character is in the show…..’ But no, you can actually talk to anyone in the world and you can communicate with everyone and I think that’s so great. One of the things I want to do in the future is travel, of course when we’re allowed to, but I think it just makes things so much easier and you could make so many friends – but obviously for Myrtle it’s not the most useful way for it to manifest!

What’s been a highlight of your career so far?

Oh damn! My career has been very short so far!

I think whenever you step onto these sets, and especially since this show is set in the Victorian era it’s so different to nowadays, it boggles your mind that people want you to be a part of it. I think that hit me the most when we were filming the stuff in episode one in that tiny little car, driving through the streets of Chatham… the set decorators had decorated the street fronts and there were hundreds and hundreds of extras and it was just incredible. You don’t think that you’re going to experience something like that but there you are in a Victorian world for those three minutes of the scene so I think that was a moment where I stopped and couldn’t believe that someone was paying me to do this.

You’re a very private person, you don’t have public social media channels, what motivated this decision?

I don’t really know, I’ve always been quite a private person. I like people and I like to take a little while to get to know people so it’s not natural for me and now I’ve begun my career I don’t think it would feel natural for me to decide to put my whole life out there. I don’t always think it’s wise either, I need some boundaries between my personal life and what I do professionally. I like to share a few dumb things I find on a street but yeah I think I’ll maintain a fairly private, public life. It’s a bit of an oxymoron but it makes sense. Say you could click your fingers and fast-forward in the style of 13 Going on 30. Where would you like to be and what do you hope your future self would be like?’

I would love to be in an apartment on the Seine having my breakfast on my balcony overlooking the river with my croissants and my strawberries and maybe champagne and coffee, and just being as effortlessly cool as Audrey Hepburn, if only! I try and take things a week at a time so I don’t know but hopefully still acting, maybe directing and producing as well that would be fabulous.

What’s next on your horizon?

I am not at liberty to say right now, obviously there are lots of conversations going on but Covid has made things tricky, as with everything, but hopefully we’ll be shooting the second part of season 1 of The Nevers soon!

The Nevers will be available on Sky Atlantic and NOW from 17th May. 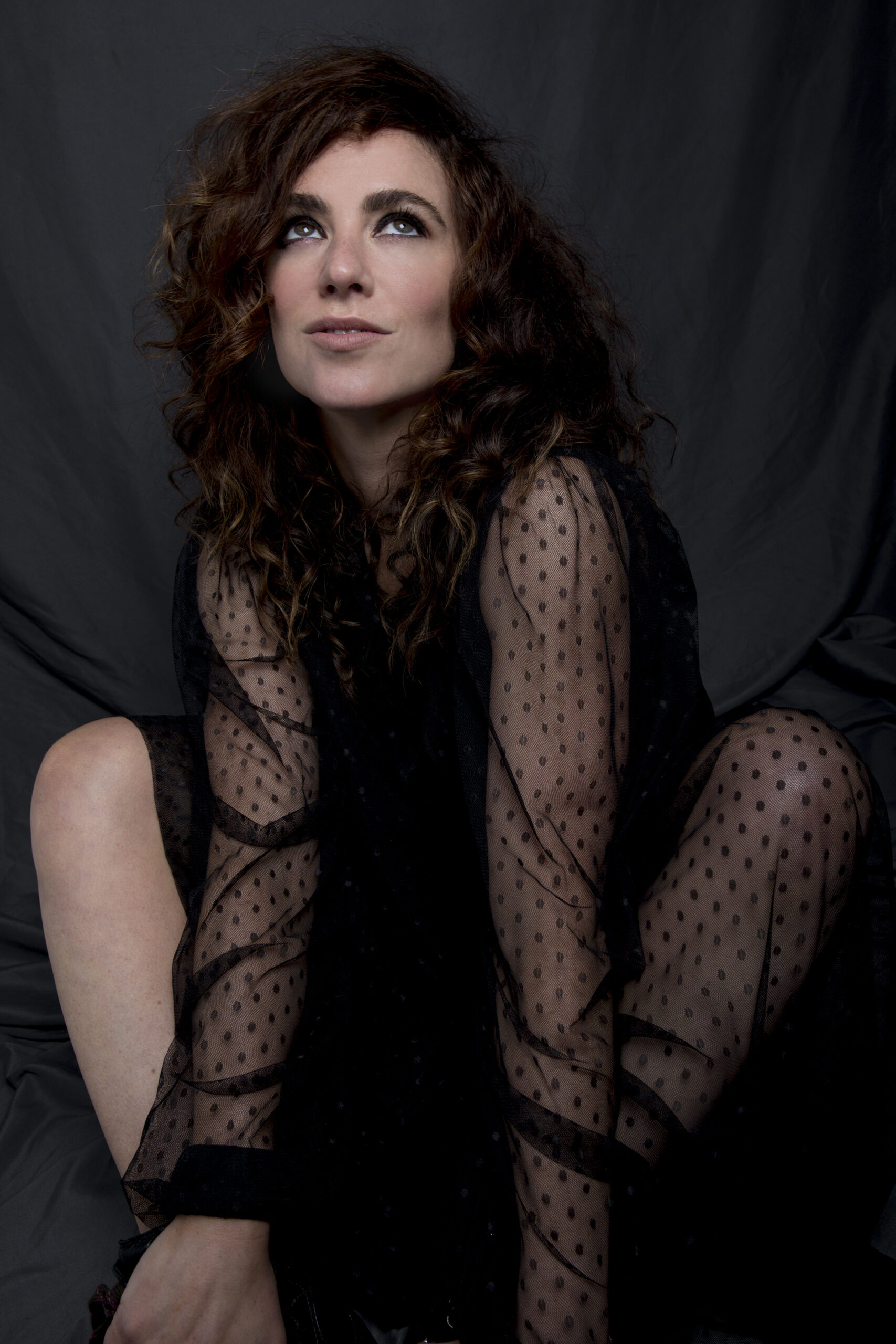 Scottish actress Amy Manson’s process draws from her love for researching, her passion for sports and a toolbox of skills