A trip to Central Europe can be your best holiday, yet – that is, if you have all of it thoroughly planned out and know exactly which cities to visit! Therefore, having an itinerary is a must, and if you are struggling with planning, we are here to steer you in the right direction. So, get ready to be introduced to the top gems of Central Europe, with plenty of options to navigate through the rest!

Munich is one of the most beautiful cities in Europe, full of important historical sites, impressive palaces and castles, an active nightlife, and plenty of things to do!

First of all, you should know that the city has a thoroughly developed railway system, so from here, you can get to anywhere you want! For example, you can easily reach the Czech Republic with the train from Munich to Prague or jump on one to reach the capital city of Hungary. That being said, comfortable traveling is not all the city is known for!

While there, make sure to visit Alte Pinakothek, one of the oldest art galleries in the world. The staggering Neo-Renaissance establishment is home to many art pieces and collections. So while the rest of the world travels to Italy to see the art, you can find it in the heart of Germany!

Spend some time discovering the beauty of Munich Residenz and Neues Rathaus, two very significant yet different establishments of great importance to the citizens. However, if you want to spend your afternoon shopping, relaxing, and chatting up locals, we suggest Marienplatz, the main square and center of Munich!

Also, try out their pride and joy – the real authentic German beer is a must when you visit! 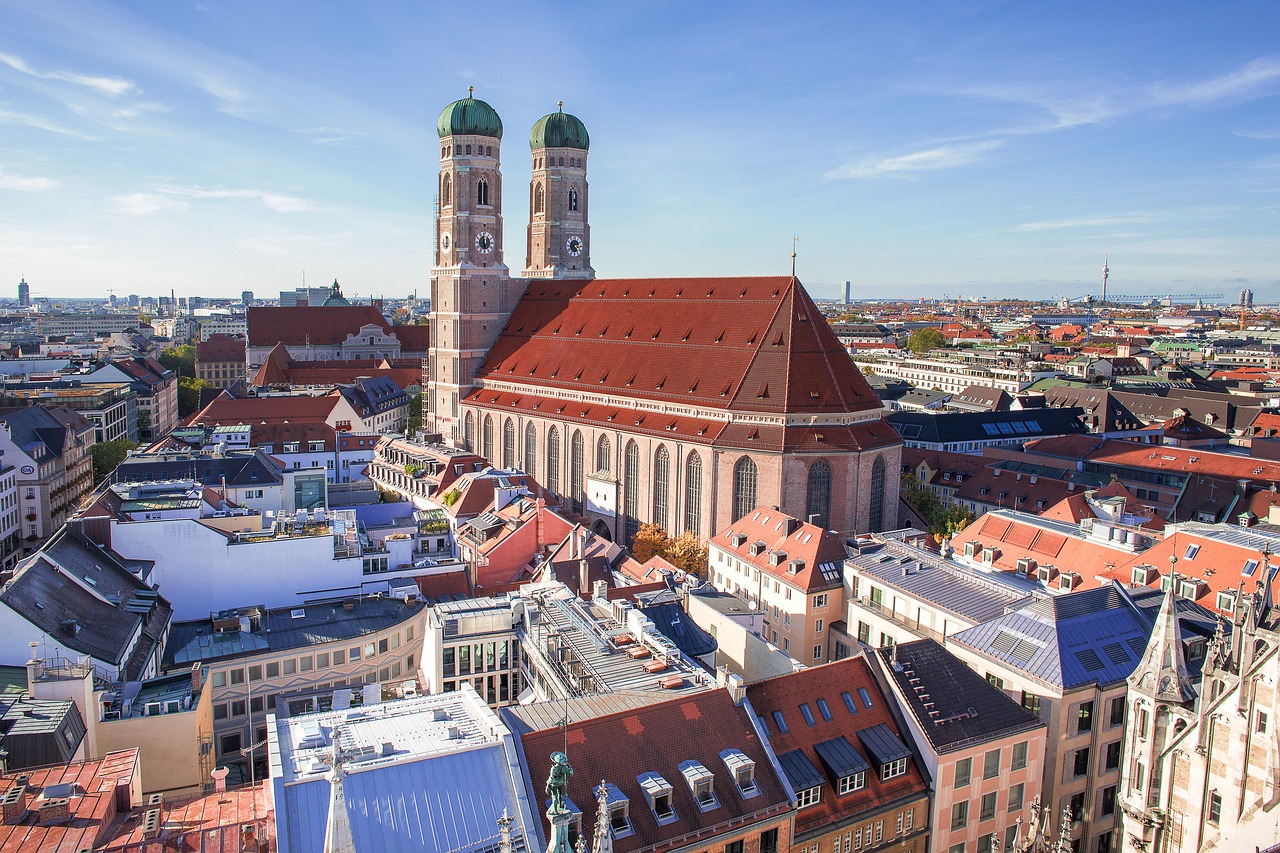 With a quick Munich to Salzburg train, get ready to explore the artsy and beautiful region of Austria. Salzburg is mainly known for being the birthplace of the genius composer Mozart and has plenty of fun attractions dedicated to him!

You absolutely must explore Salzburg’s Old Town, a delicate and lovely pedestrian area so well-preserved that it has been recognized as UNESCO World Heritage Site. The central part of the city is crawling with boutiques, art galleries, craft workshops, and secret narrow streets.

Undoubtedly, one of the top attractions in the city is the famous Fortress Hohensalzburg, a stunning landmark of incredible history, architecture, and surroundings. If you wish to deepen your exploration, we suggest guided tours.

St. Peter’s Abbey and St. Peter’s Church are also two of the most important establishments here in Salzburg, though they hold more of a religious significance rather than stylistically. That being said, its Romanesque architecture is begging to be explored, so do not miss out! 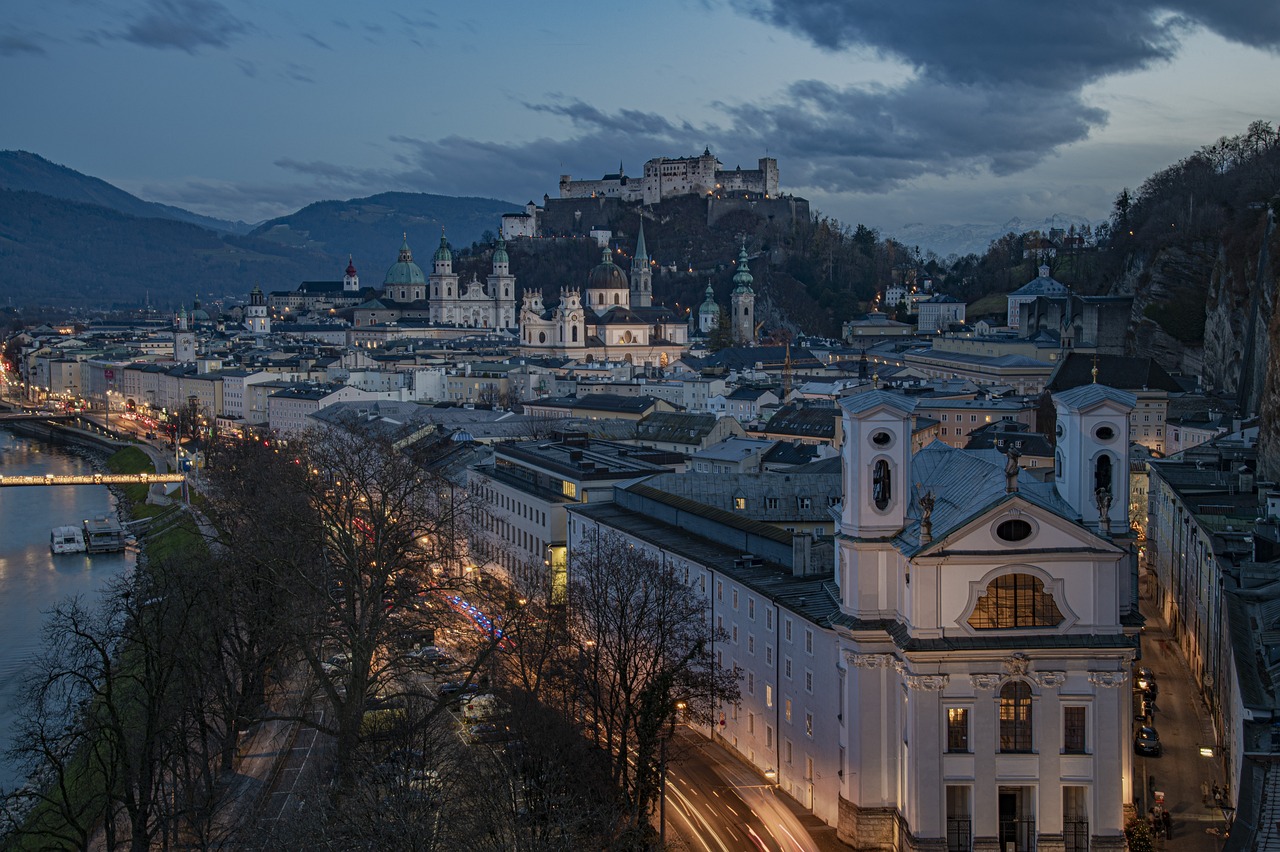 While you are still in the country, take the Salzburg to Vienna train, and get ready to deepen your knowledge of all things Austrian.

The culture and elegance this city carries are otherworldly. With the most impressive architectural pieces and interesting art, Vienna can certainly take the title of the most graceful and refined city in Central Europe.

The scenic palaces are the base of what makes Austria so interesting. First, visit the Baroque masterpiece that is the Schonbrunn Palace, a UNESCO World Heritage Site and a place loved and adored by Austrians for its historical development. Did you know that here you can tour the chambers of none other than the Empress Mother Theresa?

Speaking of palaces, make time to explore Hofburg – perhaps the most historically significant place in the city. The seat of the royal Habsburg family for more than six centuries, Hofburg displays a strong sense of artistic genius that is very distinctively Austria. You can recognize the variety of Gothic, Renaissance, Baroque, and Rococo movements.

You should also try to visit the Vienna State Opera House, the place of absolute magic, excellence, and life. Built in the French Early Renaissance style, it stands out in the cityscape, and the interior is just as impressive. Even if you are unable to catch a show, explore it in the daytime!

After Austria, get ready to see the cultural and historical center of the Czech Republic, which you can easily reach by purchasing any train tickets from Vienna to Prague. Or, for that matter, if you want to switch up a bit, you can also go straight from Germany by the Berlin to Prague train!

Prague is famous for its grim feel and darkish aesthetic, and that is precisely what makes it different from all the other Central European countries; and a great holiday destination! First and foremost, you should explore the Old Town. Despite the dramatic historical changes the Czech Republic had to overcome, Old Town Square has remained basically perfectly untouched since the 10th century, making it one of the best-preserved parts of Europe. Apart from the stunning authentic terrain, get ready to see shows and street performers, not to mention the vibrant life of Prague citizens.

Take a stroll across the famous Charles Bridge, a signature mark that has been in action since the 14th century. Enjoy the impressive statues along the way, and thousands of love locks adorning the rails.

The bridge leads directly to Prague Castle, the traditional seat of the city’s rulers and an astonishing part of the cityscape. The castle incorporates St. Vitus Cathedral, Basilica of St. George, and Golden Lane. 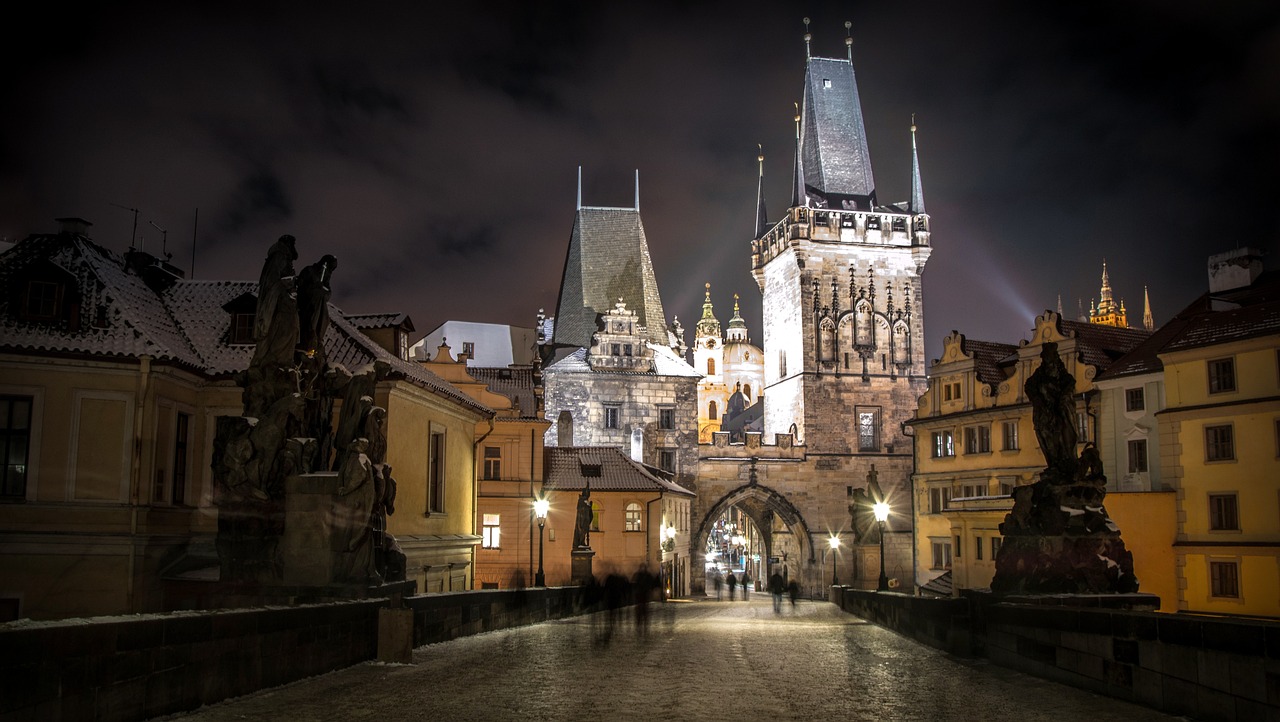 You can reach Hungary easily from Prague, but even if you skip or switch places, you can also jump on the Vienna to Budapest train and enjoy the magnificent scenery that the city delivers.

Budapest is extremely famous for its unique city arrangement, with several stunning bridges, the Danube River, and wonderful establishments of great historical and political significance.

First of all, you should know that some parts of the city look most wondrous at night, so we recommend taking a long walk when the sun sets. The Parliament and the Buda Castle create one-of-a-kind scenery when illuminated by the lights among the darkness.

Speaking of the Parliament, it makes for the perfect tourist sight, what with it being the largest building in Budapest and its impeccable Gothic Revival style. Tours are available for several different areas of the building, so you might get to see a lot of what is happening inside and maybe even learn about how the country is run!

Another must-do in Budapest is the Gellert Baths. Many people make it a priority in their Hungary itinerary, as it is so popular and invigorating! Here you can enjoy the lavish SPA, the Finnish sauna, a clear swimming pool, and a number of other sauna and pool options! 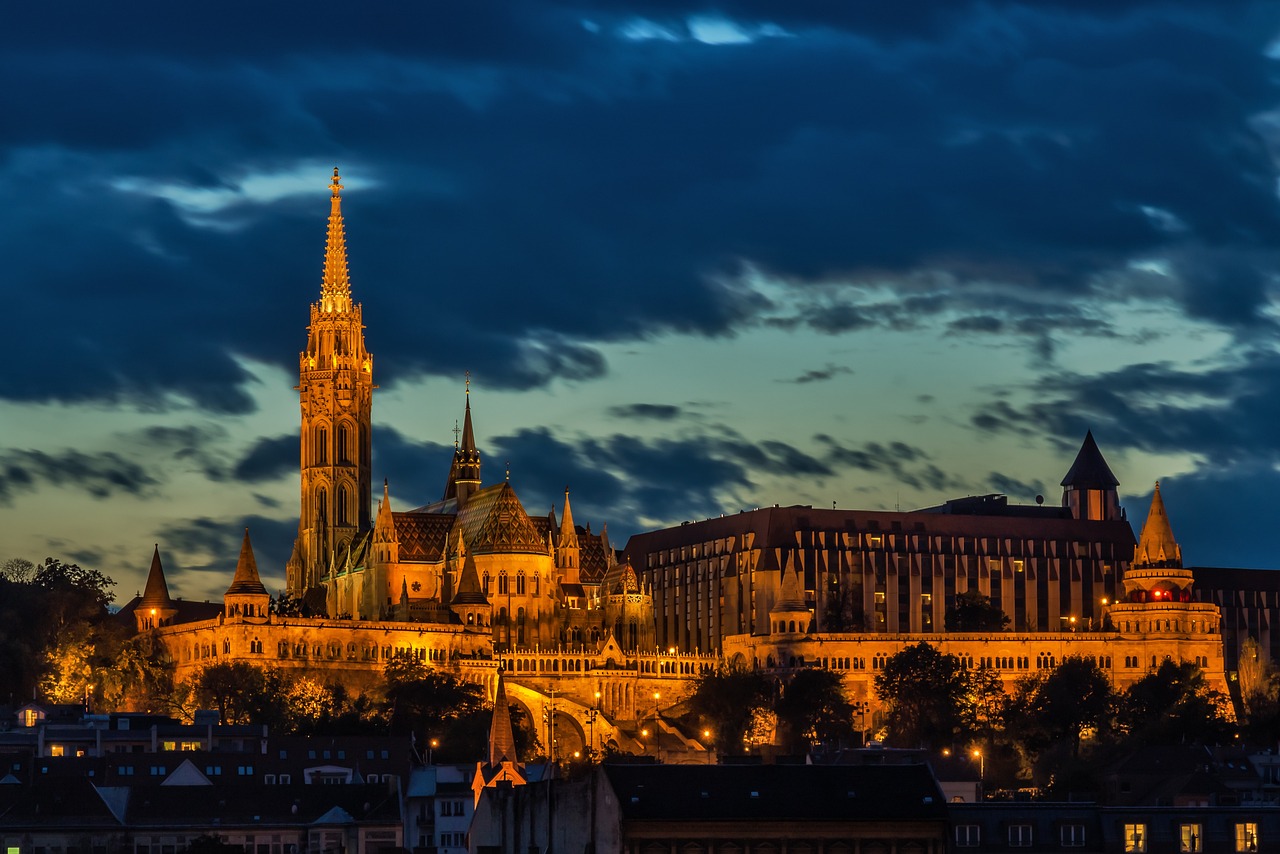 While Bratislava is one of the least popular cities in Central Europe, people are missing out on quite a lot. Not only is it full of great buildings and vibrant streets, but Bratislava is also famous for top-quality beer, charming neighborhoods, and districts built around the Danube River.

Your first site should be Bratislava Castle. Formerly the seat of rulers, now it is a signature mark of the city and also home to the Museum of History. While on the outside, the castle does not look lavish and royal at all, it is worth coming inside and listening to the guided tours, explaining its origins and history.

For the best panoramic views, you should see the Old Town Hall. For a low entrance fee, you can get up top and see Bratislava from the best point of view, helping you understand once again just how of a city it really is. Old Town Hall is also a place of Bratislava City Museum!

Other than that, just make sure you have the time to explore the streets, and quaint districts, get a little lost, find your way back, and try out their authentic cuisine! Once you let go of the planning, Bratislava is extremely fun!

Your trip itinerary is coming to an end, but do not worry – our last suggestion is definitely still banging! Probably, even more impressive than the capital city of Poland, Krakow is the actual center of everything academic, economic, cultural, and artistic in the country.

Situated on the Vistula River, Krakow dates back to the 7th century, and since the Stone Age, it has grown into the second most important city in Poland. Cited as one of the most beautiful regions in Europe, it certainly has the stuff to show for it.

See Stare Miasto, which is the Old Town and the oldest part of Krakow. Filled with churches, atmospheric squares, sophs, and museums, Stare Miasto is evidence of everything that we say is important in the city. Here, you can find Polish culture, history, art, and entertainment!

For great, masterful objects, visit the Wawel Castle and St. Mary’s Basilica. Both of great significance, yet utterly different in their origins, the establishments will help you know the city in-depth and will allow you insight into Krakow’s ancient history. 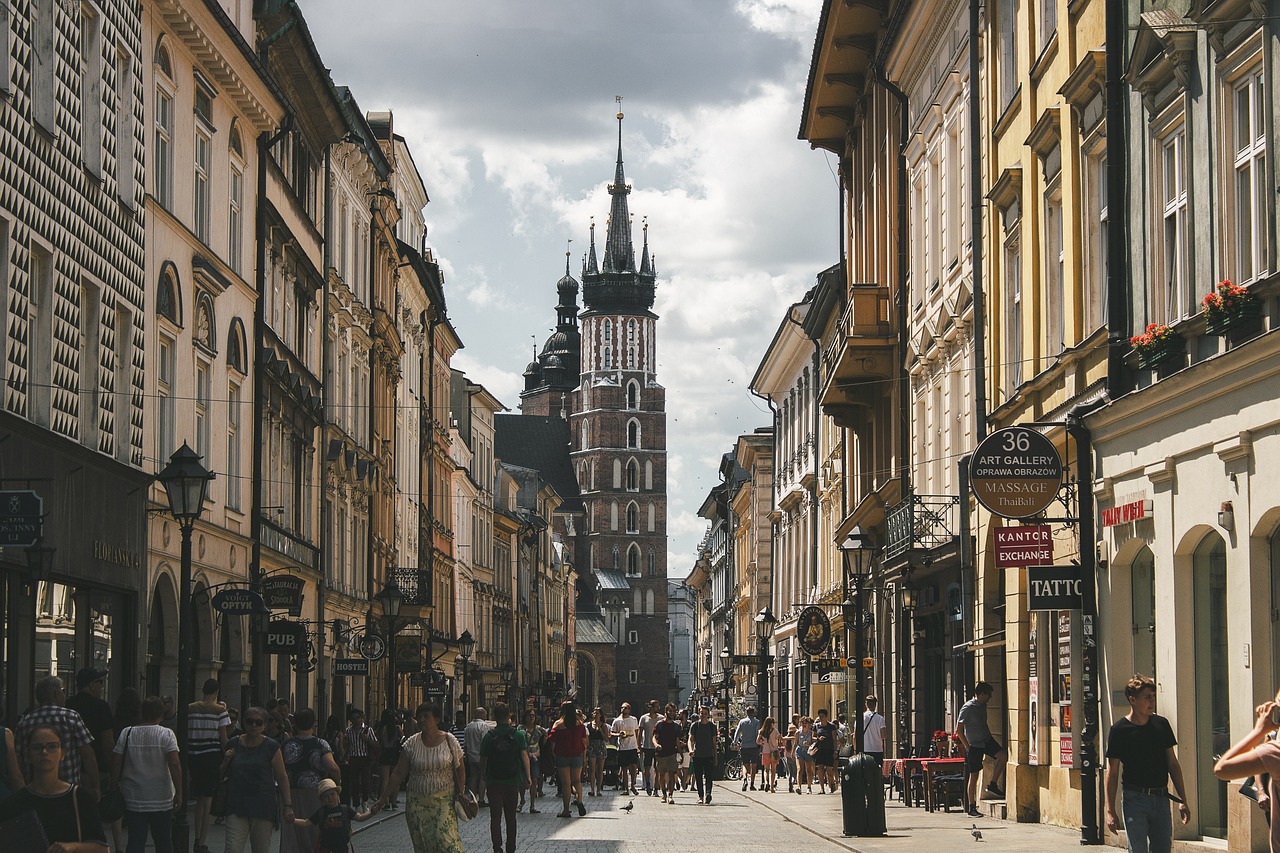 We hope to have helped you with your plans and choices! Make sure to plan a thorough itinerary, yet not so thorough that you cannot allow yourself to be free and explore spontaneously. Now, you go do that, and have fun on your Eurotrip! 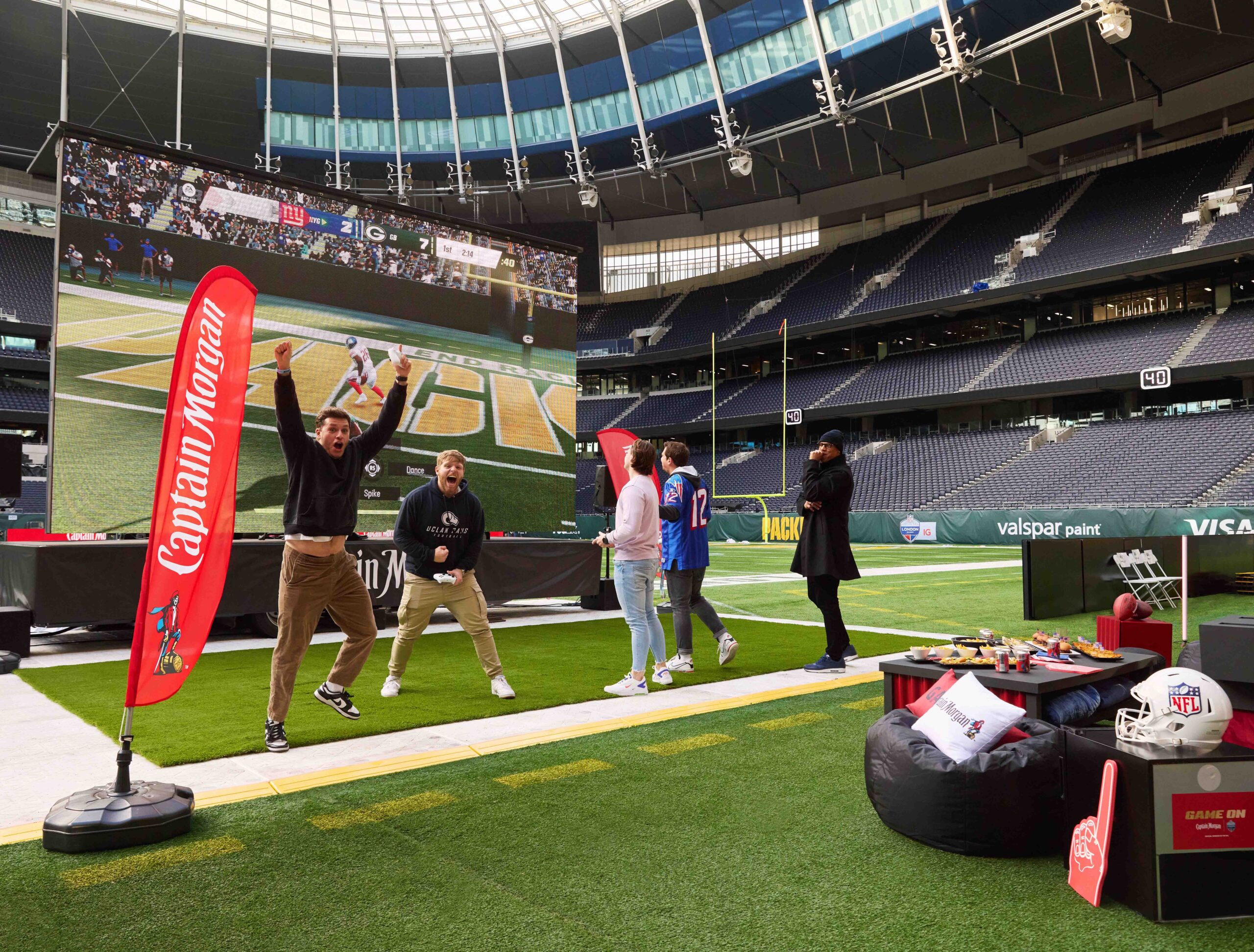