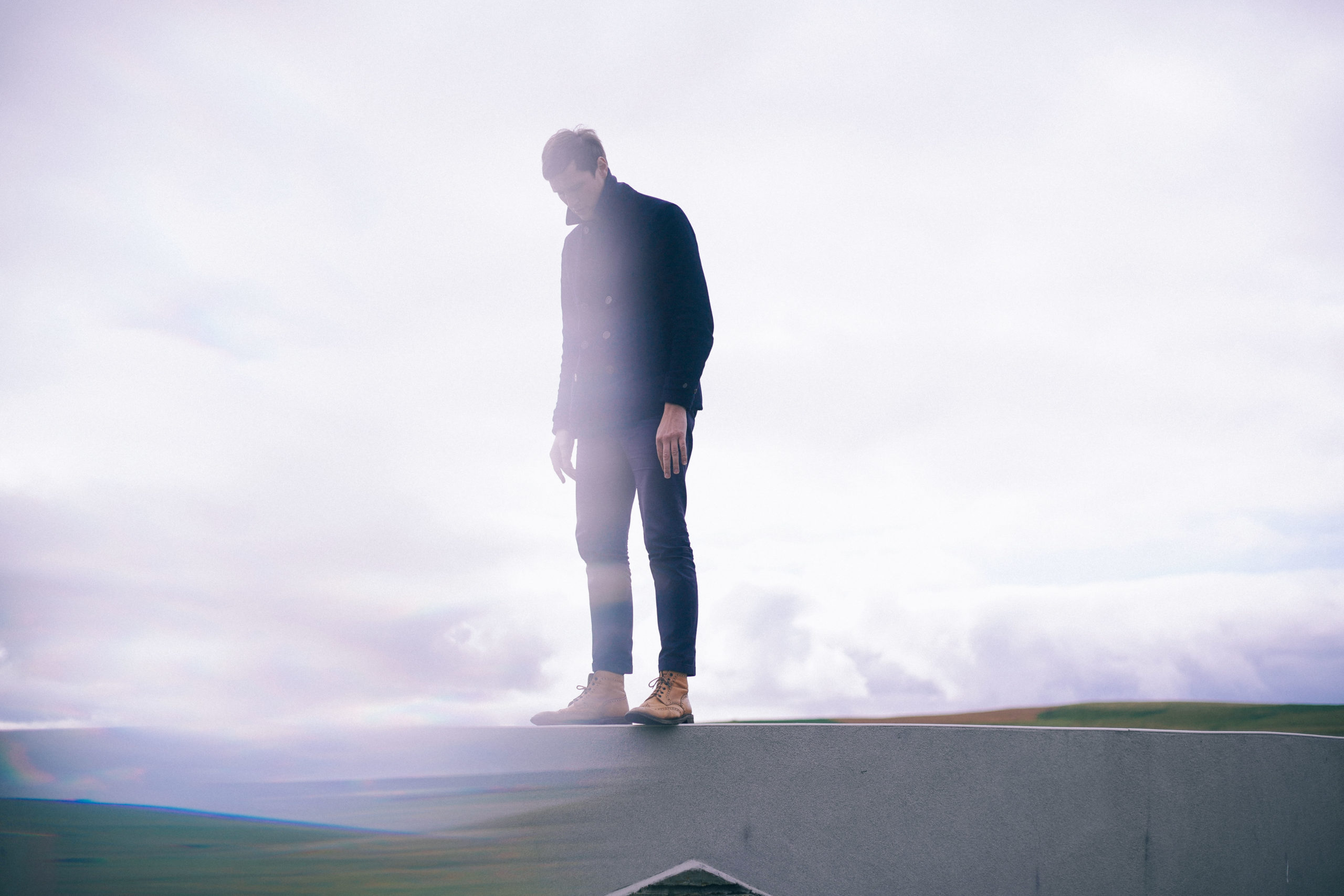 Having grown up surrounded by the natural beauty and luscious landscapes of Scotland’s Orkney Islands, multi-instrumentalist and composer Erland Cooper has completed his homage to nature with his latest album, Hether Blether.

Hether Blether marks the final instalment of a triptych of albums that explore the islands’ birdlife, ocean and land. Cooper speaks to us regarding the myths and wonderment weaved throughout the albums as well as the ways in which he has transported the magic of Orkney to the Brutalist landscapes of London.

Now that the trilogy is complete, do you feel that you have managed to capture everything that Orkney means to you? Or is there still so much more to uncover?

It’s a good question… I think that it doesn’t feel complete yet and I’ll tell you why. Even though I finished it at Christmas, I think that something is done when it goes out into the world and people can listen to it in their own environment. I think when people do that, that’s when it feels finished because it is out of your hands completely. Even though it’s done, it’s mastered, it’s manufactured. Funnily enough, I ordered a record, and this is how I know mine is done, I ordered this record months ago and it arrived today. This is George Mackay Brown, it’s a really obscure record, I don’t know if you recall?

Was he a poet?

He’s the poet who lived in Stromness where I grew up and the record is his words, along with Margaret Tait’s [Scottish medical doctor, filmmaker and poet], that helped shape the album — my trilogy. I kind of feel like it’s done because he’s landed like a bird; he was lost in the air for months. It’s a really obscure record of him reading his poetry, so I’m looking forward to listening to it.

With the second part of your question in terms of if I think there’s more; I think I ask myself what I was trying to do. I was only really ever trying to capture the essence of it; the essence of escapism, the essence of transporting to somewhere real or for someone who has never been. And because it is only ever an essence, it leaves the door open to explore, if you want, the finer details and the magic of the every day as Margaret Tait would put it. Or, it just wraps it as a circle as it very much feels full circle to me; I don’t know if it does to you? Like a circle, you can pick it up at any point. I almost feel like the themes are explored in a different way. I would like it to somehow stand alone without me if that makes sense? The reason my voice is now on some of the tracks was to help tell the story. I didn’t actually plan on it being my voice; I was encouraged when I played it to people. I was thinking of the people whose voices I wanted.

Were you channelling them in a way?

Yeah, after a couple of whiskies in. You do a demo vocal and then leave it, thinking you’ll replace that later. Someone said to me that a good idea should always stand alone without its creator, and I kind of want to see what happens when I step away completely from it to see if it still stands upon the mantelpiece as a triptych. At the moment, it feels finished; it feels like a full circle and George has landed. I will certainly do an ambient companion.

With ‘Peedie Breeks’, you explore your childhood surroundings. Often when we revisit our childhood, we learn so much more about our adult selves. Did you have that experience?

Yeah, I did. I think we’re all right now getting a clearer sense of place, re-evaluating the spaces we all live in and the people we all live with. I think there’s a strong sense of community right now and that was one of the big narratives of that work — particularly through this record. I was trying to capture the sense of a small community. And it’s funny that the small community spirit seems to be in many pockets of the city, Clap for Carers is just one example.

The track evokes childhood memories to me and also different memories which are good and bad. It draws you back to places, very much like what we’re all doing now… Just reassessing perhaps? Taking the joy and the peedie [small] details. I think the records have helped me do that, but funnily enough, I think we’re all doing that right now. That project was helping me do that. I think people are noticing the magic of the every day, little details such as taking in the joy of pouring yourself a coffee rather than just rushing around. I do think there has been a lot of self-reflection, whether or not it has been intended.

I think that’s a positive as people are valuing outside spaces more. I don’t buy too much into this hope that somehow the environment is saved with animals and birds looking at us differently. Noise pollution has been reduced so sound can carry further. The roads today are busy, and it’s very quickly going back to how it was. I hope people will look at things differently now that they’ve taken time to value it.

So, who wears short trousers?

Young kids (and myself).

In Orkney, it’s very literal. ‘Peedie Breeks’ is ‘small trousers’, which means children. I was called ‘Peedie Breek’ by a couple of older folks and I call children ‘Peedie Breeks’. The theme of ‘Peedie Breeks’ was just to value the coastline a bit more, in particular, for the generations to come. For them, what will that look like? For me, I can still go and see a Puffin, but wouldn’t it be devastating if Puffins were isolated to what was essentially a national park, like a zoo? Where people say, ‘I’m going to see some nature today!’

The album title itself is named after a mythical island in Orkney Mythology… What’s the story behind that?

Well, Hether Blether is quite a sad story, but I think it is a myth designed to deal with grief in a small community. In a nutshell, there is a family that lives on an island called Rousay and they lose their young daughter, just a youngster. She just vanishes one day. And decades pass and her brothers are now men and her father is old. They are all out fishing one day when they get lost in a sea haar [mist], but they see this island in front of them. From their boat, they see white sand and on the beach a woman with long hair and a couple of kids waving them over, calling to them ‘Come out of the storm!’ They follow and she says, ‘Welcome to Hether Blether, you must be shattered so come and have some food, fill your boots.’ They have a wonderful meal and the two boys are filling their face, but the father is completely blank — just doesn’t say a word. At the very end of dinner, he stands up and says to the woman, ‘You are my daughter, you went missing twenty years ago.’ And she says, ‘Dad?’

So, they’re reunited in this magical moment and they try to persuade her to come back to see her Mum. [But] she says, ‘I can’t, I have a family and my husband will be back soon. I can’t leave Hether Blether but if you take this staff, you can always return, you can always come back.’

So, they’ve settled on that and agreed that they’ll bring her mother so off they go. As they’re pushing themselves off from the jetty, one of the brothers drops the staff into the sea. They never see Hether Blether again, they never return again as they didn’t have it. To me, it’s a very sad myth but it’s also a beautiful one. How an adult deals with loss is by telling stories perhaps? Maybe the lost child is okay, and they’re on that island of Hether Blether? This record was really about going into the earth and feeling the landscape. But also unearthing and shining a light on some of these more interesting stories.

As well as the album, you’ve also collaborated with hundreds of BBC Radio 6 Music listeners where they sent you audio clippings of their surroundings which you then composed into a score. What inspired you to do so?

I like an experiment, and I wanted to do it with Chris [Hawkins], who has a dawn breakfast show… Also, BBC 6 has been very supportive to me so it felt like a nice way to be supporting them back. It’s nice to have some distraction where people can be involved; I had hundreds of submissions of recordings. I wanted to create our dawn chorus for this strange time where people can be a part of it, but I didn’t expect so many people to send stuff! I think everybody expected me to write an ambient mash-up but instead I scored it, even including the voice of Florence Nightingale.

The recording of her voice gave me chills!

It was recorded in 1890! Also having this baby at the end, this young child who has a spinal injury just gargling at the end was so beautiful to me. That we can involve all these different parts and everyone coming together. It’s one-part remembrance and one-part celebration of the stuff that the good people are doing.

Was the piece broadcasted as part of Mental Health Awareness Week?

It was, yeah. It is a difficult subject to navigate, particularly for those in the creative industry. That wasn’t my intention to celebrate; my intentions are always just to involve good people. Good people doing good things always create something great.

I completely agree. I don’t believe that some people are creative, whereas some aren’t. Everybody has creativity inside of them.

There is no difference between one human and another, in terms of creativity. How they chose to do it, how they chose to share it is a different thing. That’s what was lovely about this; people were getting creative with what they were sending in. An MRI scanner, or birdsong. I get sent a lot of birdsong every day! That’s where the idea came from, people just kept sending me birdsong!

You’ve also collaborated with photographer Alex Kozobolis where you both took over the Barbican’s Instagram account to project film shots of Orkney onto the building’s structure.

You get a sense that I really enjoy multi-art projects. They really come to life when you have different types of art forms coming together and scoring moving pictures on architecture. It’s a joy to me. You have gorgeous Brutalist architecture, yet an ability to transport you visually to Orkney. I loved creeping around; it’s been great! Taking Alex’s work to a different level. I was due to play there this summer, so it feels quite nice to feel like we’re taking over the Barbican.