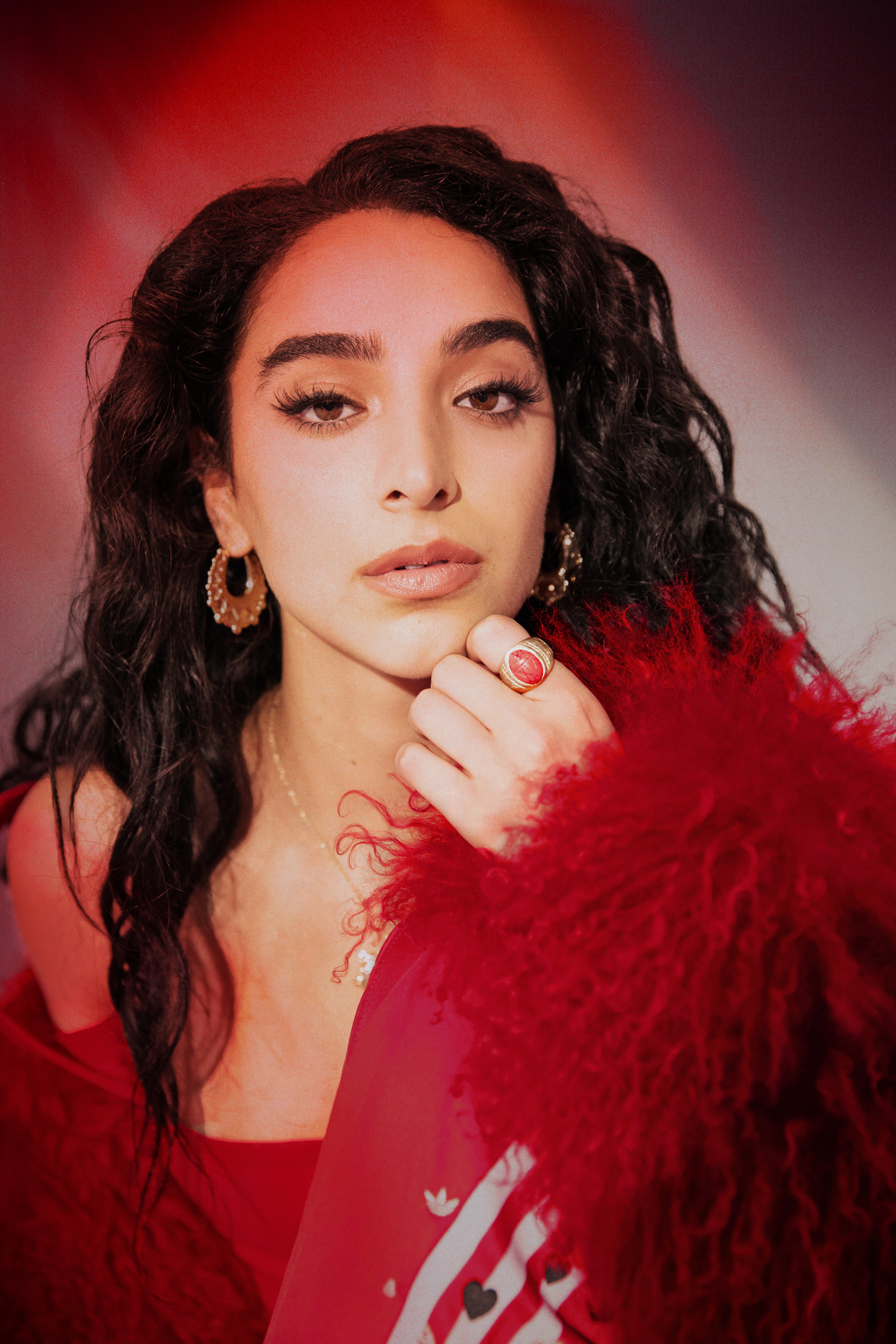 2020 has been quite a year for everybody. How the year has been is very different depending on who you ask. For some it’s been the hardest time of their lives, whereas for others it’s been a necessity in terms of slowing down, resetting and pausing the madness that is life.

For R&B singer Kara Marni it has been a year of realisation that whatever life throws at her she can take it, adapt and push through it. For someone who has been building her career over the last few years with the release of two EPs under her belt. There seemed to be quite the expectation of what 2020 would be. However, with the rest of the world that was thrown into a spin such was the case with Kara, who rather than allowing these times to drag her down, decided to channel it into being more free and open with her music which led to her learning how to produce, record, and create music by herself, continuing to push herself creatively and do what she loves to do.

The result of this is an upcoming project that she has worked since lockdown in March and we have a glimpse of the first offering with the single Close out today.

We spoke about creating during lockdown, empowering herself, the lessons she has learned from 2020, how she managed to get through, and of course the music. First of all, congratulations, you have the single Close which is out today, how does it feel to have new music out?

I feel with this lockdown it has actually been good for me in terms of knowing what I want to say, how I want to say it, and what I want this next project to really represent. I think Close, which I actually wrote at the start of lockdown, is a song that is very personal to me and was one of those songs that dictated how the rest of my project would pan out. I’ve been writing a lot during lockdown, I’ve learnt how to vocal produce; and I’ve recorded a lot of the songs myself at home. So, it’s been really good in the sense that I’ve been able to learn new skills and adapt and so I’m just really excited to bring out new music and I’ve got lots of stuff in the works right now

And what can you tell us about the song, what is it about? What was the inspiration?

The song is about liking someone but deep down knowing they are no good for you. It’s wanting what you can’t have and it very much describes the situation that I was in at the time. I thought it was something that people could very much relate to, especially with lockdown.

Compared with your last release, Close is a very different vibe. And so how does this song represent what is to come and the general vibe of the project?

Close is a bit different to Young Heart, I would say Young Heart has a bit of a pop tinge to it, whereas I feel like Close is just straight R&B and my new project is a mix of both.  I don’t think they are a million miles away from each other. There has always been that side of me that wants to experiment and play around with more pop and R&B sounds, I think that is something that I have been able to do. I’ve got tracks on the project that are pure R&B as well as some that have sounds that are new for me. It very much depends on what I am talking about in terms of what sounds I am leaning towards, but as a whole, the project I would say is R&B with sprinklings of pop. Having created this project under lockdown, what were some of the differences creatively compared to your last EP No Logic?

It was a totally different experience because obviously, I had to be a lot more self-sufficient. With No Logic I had people helping me in the studio recording etc. and this time around I was working from home solely on my own and it has meant that I had a lot more to do, which I really enjoyed. Also, I have felt like there has been a lot less pressure. Normally when I’m recording, I’m going by my schedule, and you know the times where I’m going into the studio and its whether or not I’m feeling inspired that day, I’m always feeling like I have to make something because I feel compelled to. Whereas this time, what has been beautiful about lockdown is that I’ve had all this time to think about what I want to actually say, and I haven’t necessarily been writing every day per se, but the songs I have been writing have been so much better than before. So, I feel like it’s been a lot more thought out and based more on what I’m feeling. Every song I have wanted to write has been born out of feeling the need to say something and express myself.

Having created most of this project by yourself and everything that comes with that, what has that been like and how has it affected the process when it comes to making music?

I definitely feel a lot more like a boss. There is a powerlessness I felt in the studio when you’re at the mercy of other people. I didn’t know what I was doing looking at the computers, and I always hated the fact that it was a case of if other people weren’t around then I wouldn’t know what to do. If I had an idea I couldn’t get it out or execute it how I wanted to without relying on someone else to help me. And now I feel like I’m very much in a position that other people can leave me and I can confidently say that I can do this, it’s very empowering. I feel I was already particular with how everything went in terms of vocal production and how I wanted things to sound and all those elements. But now I feel a lot more equipped to do stuff myself, and I actually do prefer it because now I can do it the way I like it.

With the release of the single and the upcoming project at large which will follow. What were your feelings towards putting this out with everything that has happened this year and why did you feel this was something you wanted to do?

It’s definitely a question that as a creative you may be asking yourself, is this something people want right now? Especially because there is so much going on in the world, which seems so much bigger and more important, that it does sometimes feel like it might not be the time. I don’t want to distract from what is happening and the important conversations that are being had. But at the same time when I reflect, music has been such an important factor for me in getting through these times, listening, writing, everything. And so now more than ever people want to heal and want distractions, they want things that will bring them joy. As the year comes to a close what overall has 2020 taught you about yourself, your creative journey, your artistry?

I’ve learned that whatever life throws at me I can adapt, I can make the best of it, I’m resilient and that is one of the most important things. I was worried at first, as to how I was going to get anything done, and progress once we went into lockdown, because so much of what I do involves other people. So, I’m proud that I’ve managed to make it work and I’ve adapted, I’ve learned new skills and come to realisation that whatever life brings us we can make the best out of the situation and there are ways that we can still progress.  One other thing is I wasn’t as grateful as I should’ve been before. Having the freedoms I had, being able to live my life the way I wanted and when we come out of this I am going to be a lot more appreciative of the opportunities I have, the sense of freedom, getting to travel and do the things that I do.

And on a final note what have been some things you have done outside of your music in terms of self-care and just keeping yourself going?

So, I’ve enjoyed cooking, I’ve been cooking a lot I like making Shepherd’s Pie, curries trying out different soups. At the beginning of lockdown I was growing a lot of my own fruit and veg, tomatoes, being one with nature and just having the time to indulge in that. And of course, there has been a lot of Netflix, I watched Power, The Crown, Sex Education – I’ve been through all of Netflix now. I need the third season of You I went through that one in one day so now I’m waiting for the next thing, but with everything I’m working on it’s come at a good time and I’m just ready.

Kara’s single ‘Close’ is out now, follow her via @karamarni 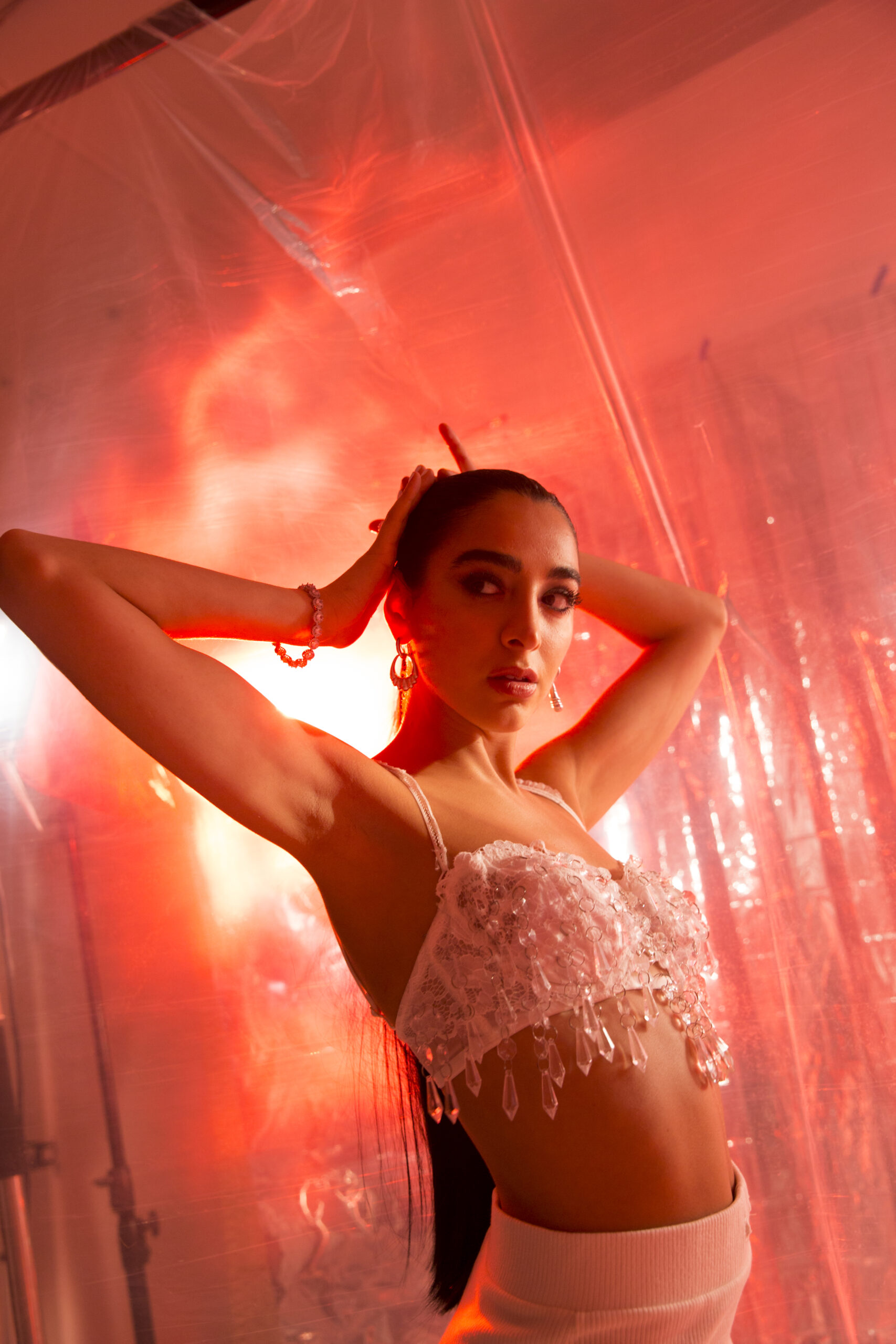 1883 Magazine speaks with singer-songwriter Kara Marni about her new EP State of Mine.