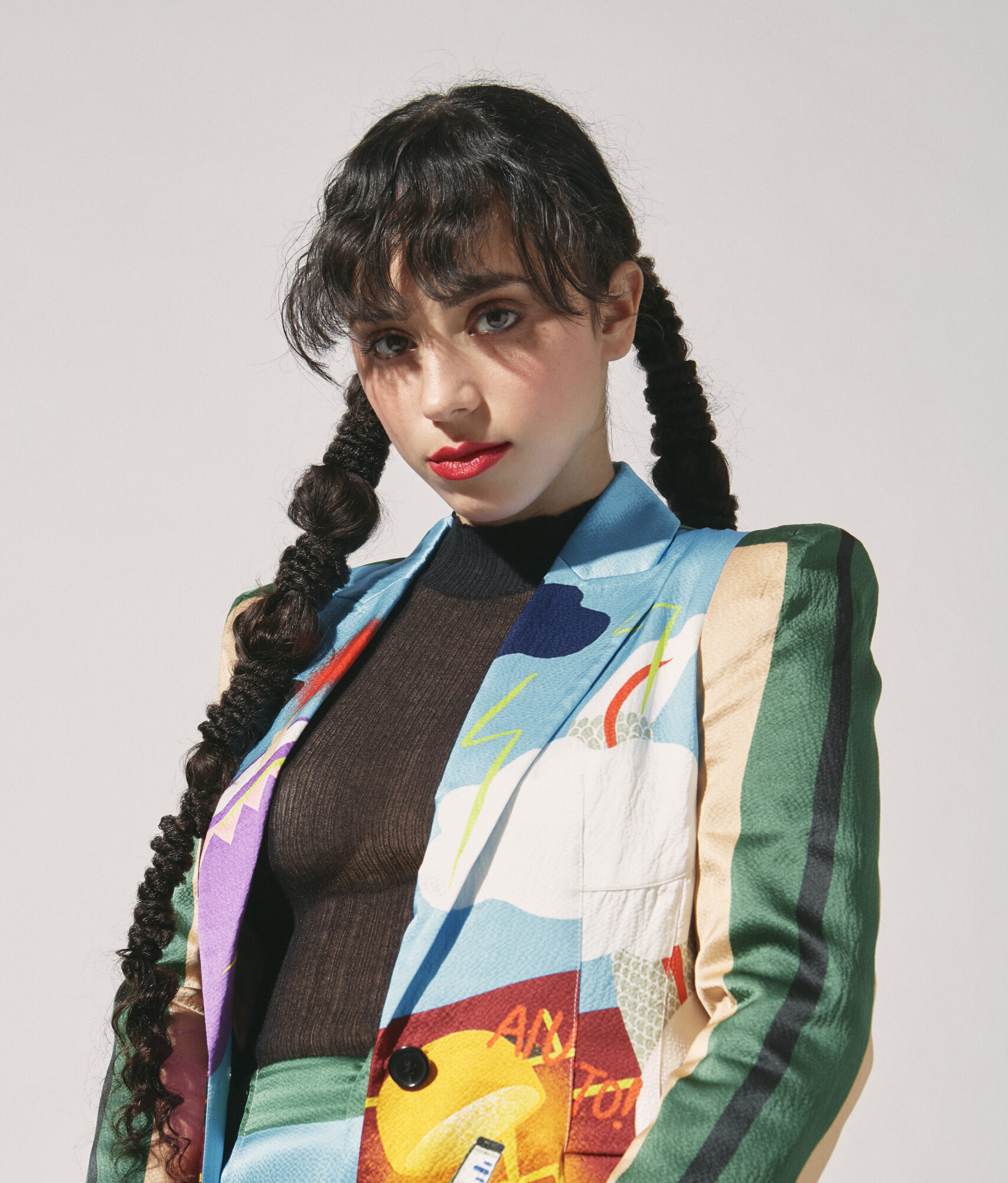 In the terrifying new Netflix trilogy Fear Street, rising actress Kiana shines as the lead across three films (and shares some qualities with her character).

Equal parts tenacious and thoughtful, Kiana Madeira understands the significance & power that words and thoughts have. The rising actress is not one to shy away from sensitive, vulnerable topics — whether it be discussing racial inequality in the film industry or penning an essay about body neutrality and learning to embrace everything about who she is. It’s this mindset that helps Kiana approach every character; knowing it is her thoughts & passions that are detrimental to portraying a character, not what she looks like.

This mentality brings her to her newest role in Netflix’s highly anticipated horror film trilogy Fear Street based on the iconic series by much-loved author R.L. Stine. Kiana plays Deena, a passionate & determined high school student who strives to keep the ones she loves safe & sound. Although this is the rising actress’ first prominent leading role and being at the helm of a trilogy is daunting, she embraces the pressure with ease.

I read that seeing Grease as a child is what got you thinking about acting as a career and you’ve been working ever since you were 10. When you look back at your career, how would you describe the way you’ve grown and changed since then both as an actress and as a human?

What a great question. I’ve definitely come into myself more in regards to feeling comfortable in my skin and my body as a human in the society that we live in. On top of that is this pressure to look a certain way and to portray yourself a certain way, and I think I adopted that when I was in my teenage years even though it wasn’t coming from anyone directly. You hear things about the industry that eventually become ingrained in you so I think being a young person growing up, I did adopt a little bit of that. Now, being 28, I can say I’ve come a long way to embracing feeling comfortable in my body. I’ve also learned that my skill is my craft; being an artist is being an actor and it isn’t important to focus on what I look like or my size. My greatest assets are my emotions and my experiences and what I can bring to the table or to the character. That has been such a beautiful breakthrough for me.

I read your essay that you wrote for Backstage back last fall and what you wrote about battling your own inner demons and embracing loving yourself and your body was really touching. Was writing that essay a therapeutic experience for you?

Writing is one of my favourite forms of expression besides acting. I feel when I actually sit down and get to write out my thoughts and my feelings and my experiences, it flows so naturally and helps me get everything out. Writing that essay in particular was very therapeutic and cathartic for me. I’m so happy that you read it and you related to it, that means a lot to me.

It really did! What you discussed in it touched me a lot and made me remind myself it’s not about what you look like. It’s a message that can be felt at any age.

Yeah, I was speaking from the heart because I think it can touch anyone, in any industry or walk of life. It helps to get my thoughts out. Your next project is Netflix’s “Fear Street” — can you tell me a bit about it and your character Deena?

The Fear Street trilogy is three different movies that span several years. The first is in 1994, the second in 1978, and the last in 1666. They all occur in a town called Shadyside and focuses around this universe with all three films being cohesive and showing you what happens when the storylines and characters intertwine. You see this group of friends from Shadyside setting out on this mission to discover the origins of the curse of a town and essentially try to break the curse. You’ll recognize Shadyside from the books and some of the characters’ names, but the films are different because the stories actually come together which in the books they don’t really do.

You’re leading the cast in all three films and the films are during different decades — one in the 90s, the 70s, and the 1660s. What was it like jumping through those years?

It was really cool. I was born in ‘92 so being a teen in 1994 was a bit unfamiliar, but I spoke with my parents because they were in their early 20s around that time. I drew a lot of inspiration from them, as well as watching films from that period. For the 1600s, we didn’t have much evidence of how people sounded or what they were like because it wasn’t documented on video, so we worked with our dialect coach to come up with a dialogue dialect that we thought would be accurate at that time. But, again, everything was kind of based on our imagination and we were able to be really creative in that sense. It was a cool experience. I don’t know if we’ll ever be able to be a part of a project like this ever again! I definitely think it’s one of a kind.

When you have the pressure of being a lead, especially in three different films, there’s obviously a certain amount of pressure. How do you handle or curb that?

It was my first time being the lead role in something. I tend to put pressure on myself, but I think that’s because I care so much about the character and about the project. What was great was that my character is also really intense, really passionate, and cares a lot as well. It’s why I love acting; I was able to channel what I was feeling and experiencing. Being an actor in this position and channelling that through my character and just bringing all of that intensity and determination to my character. It’s a good type of pressure. Earlier this year you spoke on the under-inclusion of Black voices in the film & tv industry. There’s been so much change in the industry but obviously not enough. As you lean further and further into this industry, do you see stories like this and get discouraged or is it a place where you feel like you can help make things change?

I do feel like I’m in a place where I can help make a change. Being a creative person, as an actor and as someone who has aspirations to write, direct, and produce as well, I’m grateful I’m actually in this industry and can help shape stories. I definitely have a long way to go, but I’m happy to be in a position where I can start making my own work as well.

We’re both Toronto girls — what are your favourite things to do in the city?

Wow! That’s so cool, I love that. My favourite restaurant is Fresh. Have you been?

I love Fresh, their buddha bowl is my favourite.

It’s so good! I haven’t been able to find anything to save quite the same in New York but they do have a location in LA, which I was very happy about. I love Snakes and Lattes & Snakes and Lagers, the little board game cafes. I’m pretty competitive so that’s like a perfect spot for me to hang out.

Lastly, if you could manifest one thing for yourself this year… what would it be?

If I could manifest one thing for myself this year it would be to just remain grounded in everything that I’m experiencing. Things are moving at a bit of a fast pace and I tend to get a little anxious if I don’t get a grasp on everything that I’m dealing with. I would love to feel grounded, maintain my practice of prayer, meditation and yoga, and really just use all of my five senses. I want to be at peace with everything I’m going through right now and everything that has yet to come.