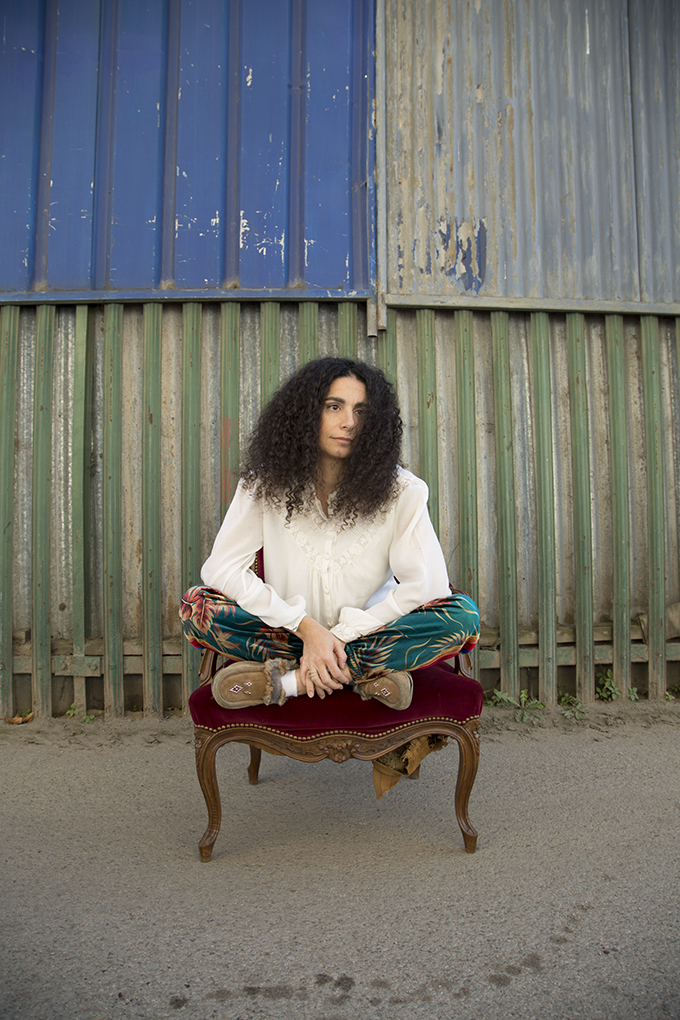 Sophie Baudry aka Million Miles has had a truly inspiring journey behind her already. Born and raised in France, the singer went on to study at the highly acclaimed Berklee College of Music in Boston after having secured a scholarship.

After her studies, the songstress stayed in New York for a while until she decided to move all the way back to Europe and ultimately found a more permanent home in London. However, being passionate about discovering new places and new cultures, Baudry took the leap to move to Nashville out of the blue. In the unofficial capital of music she delved deeper into the craft of songwriting and deepened her musical talent even more. Just recently she has released a brand new single ‘Just Dumb Luck’ ahead of her new, positivity-filled EP ‘Good Luck, Honey’. We had a chat with her and talked about the single, the pain in songwriting, and her favourite destinations.

How did you get into music in the first place?

From a young age, I was surrounded by music. My Dad is a musician so I always was around it from the day I was born. I loved when he played music, so it was always around. I thought about doing other things but it was just always in me.

What other things were you thinking of doing then?

I love painting, I love drawing, all kinds of things. Programming as well, because I was into computers from a very young age. I could have explored other things because I am absolutely curious. Life is long!

Technically, you can combine these passions with music anyway because somehow it all comes together in the end.

So what has your artist name Million Miles got to do with your passion for music? What is the inspiration behind it?

I wanted to have an artist name which is gender neutral. I just didn’t want to be categorized as a singer-songwriter which I guess I am. But I didn’t want it to be too obvious and also wanted to reflect on my journey as I have been travelling quite far, and also the journey of life, the ups and downs and the distance we travel not only physically but also mentally. Life is a journey and there are lots of things to go and I guess that is what that name is about.

I fully agree. Speaking of travelling, you have lived in so many places already. That’s impressive!

Is it? Today people travel a lot and go from place to place. But yeah, I have lived in many places. Maybe it’s impressive. I was always driven by music and what I was doing at the time. I guess I did travel a lot, yeah.

Oh, all of South America. All of Asia. Basically the Eastern and Southern continents, because I have mostly been travelling around Europe and the States. I’ve been a bit in Asia but I don’t know it too well, there is still so much I want to see.

What has been your favourite destination so far then?

As far as cities, it is probably Nashville. I spent a lot of time in Nashville and I feel like it’s a very nice place for me. I can be creative with other people because everyone is a musician there, for me that is really cool. It depends really, if I want to live in a country, work in a country or just chill. But for doing nothing and just eat, Thailand was a great destination. But to live, Nashville is very much a place where I feel at home. It’s one of my favourite places but there is so much more in the world. I’m sure there are many more places I will love.

Which city or country in which you have lived has shaped you the most musically?

Definitely The States. I’m a lot into old soul music, blues and jazz. It’s in the people’s heart there, it is really part of the culture so I feel really connected over there. In Boston for example it has definitely shaped my ear.

Definitely. Initially it is Country music there, but there are many influences now. There are so many musicians, so many great musicians. It’s a very bubbly city with a lot to do. But at the same time it’s very chill, people are just really nice over there.

Throughout your musical journey you’ve worked as a recording engineer, as songwriter and so many other things. Which part do you prefer the most?

Why is it sometimes not as enjoyable as the other things?

You know, sometimes when you want to write it doesn’t come together easily. In the end it is satisfying but the process can be painful. Sometimes it is easy but not always.

But knowing that you have written the songs solo must make the music even more meaningful.

Of course, the idea is to write something honest and real. Sometimes it’s just harder and takes longer. I love to collaborate as well so it’s great when other songwriters connect. And also, it is like therapy to me sometimes. It can be very painful.

I noticed that your lyrics for your new single and EP portray positivity.

I’m trying! This particular EP is more in the direction of being positive, containing wishful thinking and seeing things more positively. Just thinking that things are going to get better. It contrasts a lot to the previous EP which was a little more sad, you know.

How did your mental mindset change from the previous EP to the new one?

I think it’s about choosing it. I’m writing songs all the time and my mood changes all the time. It’s also because we are approaching winter and these songs are bringing sunshine into my life. It was time to get the songs together and keep it in a box for some sunshine during winter, just so you can have some warmth and sunshine.

We definitely need that!

So that’s the mindset for this EP. The previous one was a lot about breakups and more difficult situations which are hard to get over. But this one is just sunshine.

So what events inspired your latest single ’Just Dumb Luck’?

This release is a state of mind, when you are in a situation which feels quite stable and you are with somebody with whom you feel good and balanced. It is just about being lucky and meeting the right person at the right time. I could write a song of being in the wrong place at the wrong time. It depends! But it’s just appreciating the luck, because in life a lot of luck happens and this is a song about that.

Love that. You’ve also got a few shows lined up, right?

Yes, I’ve got one in London in a few weeks and I’ll be in New York soon too. I also got a few shows on radio stations in the States then. It is all very exciting!

For more info head to www.millionmilesmusic.com