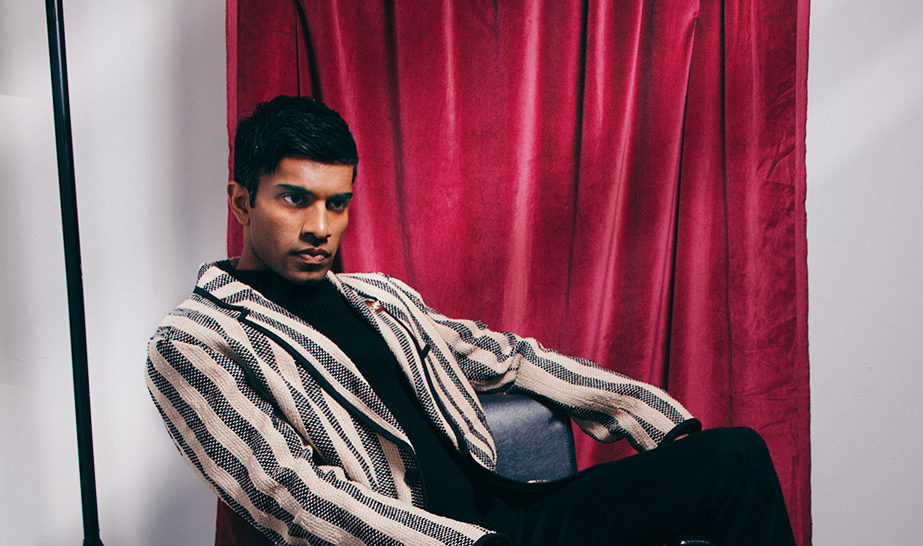 When I first heard Mindy Kaling was remaking Four Weddings and a Funeral into a TV show, the 14-year-old version of me who watched the film repeatedly was screaming with joy. I was excited because Kaling, a fellow rom-com lover, would do the show justice.

More importantly, I was thrilled at the diverse casting announcement and the idea of seeing London with all of its diversity in a romantic comedy. Nikesh Patel, one of the two leads in the show, was also excited to see the real London he’s lived in for so many years. Patel plays Kash, a banker that secretly wants to be an actor, who has a meet-cute with Nathalie Emmanuel’s character, Maya, when she arrives in London for (you guessed it) a wedding. The television show mimics the same tone the original film had but breathes a new life into the genre; a cast of characters that look like they could be your friends exploring the same trials and tribulations you likely experience today. Most importantly, it shows London in its truest and most real form: it’s diverse, full of heart and love, and gives you the feeling that you can grasp a new path if you choose to embrace it.

We had a chat with Nikesh about becoming an actor, why he feels like his character Kash is his kindred spirit, what it feels like to be part of a rom-com legacy, and why Mindy Kaling was the best person for the job. Tell us a bit about Four Weddings and a Funeral.

It’s a 10-episodes series inspired by the classic film. It takes the premise of the original film as a jumping-off point and follows a group of characters across those five pivotal events. It’s a new story with new characters and it really investigates a lot of questions that millennial audiences will be grappling with, like what it’s like to hit your 30s, question where you’re finding your fulfilment whether it’s in your life or your choice with a partner. I feel like it’s really exciting to take what makes the film so beloved, which was the fact that he was able to dance between comedy and drama and tell a story that will speak to a new audience.

You’re the lead male character, too!

Yeah! I play Kash Khan, a Londoner. When we meet him, he has a successful career as a banker and has what is on paper a very happy relationship with an American girl who he is engaged to be married to. Where we find him in the first episode is that he’s starting to question some of the decisions that he has made and starting to ask whether he’s really living his life on his own terms or whether he’s been making decisions to please other people and not really coming to terms with what he wants for himself. Kash, as you said, is a banker who dreams of being an actor. Did you have any other careers in mind like Kash or have you always wanted to pursue acting?

Weirdly enough Kash’s journey is quite similar to mine. I remember being at school and not really knowing what I wanted to do with my life. At the wise old age of 16 when you’re suddenly put in the position to figure out what you want to do with the rest of your life, I kind of thought I probably could be suited to a career in investment banking mainly because I didn’t really know what I wanted to do or what my passion was. I sort of had a moment and it became very clear when I started studying what you need to go into that world of banking, I realized it didn’t speak to me at all. Unlike Kash, when I found acting, it became something that I knew I wanted to pursue but I didn’t have to do it in a way that felt like a secret. I feel like Kash is someone who is trying to convince himself and say this is the path I should commit myself to and slightly living in denial of what he is really passionate about. There was quite a lot of parallels between both of us; in terms of getting the acting bug, I was quite late to the game as well.

What would you say are some of the major similarities and differences between the TV show and the film?

In some ways there are; it’s a comedy and the characters do make poor decisions that have real-world consequences, so the drama is there as well. There are lots of lovely nods and nudges to what happens in the film, other films by Richard Curtis, and other classic rom-coms. What was really enjoyable about doing it besides being part of that legacy, but also I think our show sometimes surprises audiences in a way where you think you know where it’s going and it ends up in a completely different way. I think some obvious differences is the make-up of the show reflects the world as it is today. The film is a beloved classic, but I look at it as a period piece; it looks at a certain group of people and ours is a bit more open, it’s a bit more of a mix of American and British, and it shows London in a way that is really recognizable to me as someone who has lived here. I’m excited about telling a version of the story that exists in its own right and that you don’t have to be a fan of the film to enjoy it. Hopefully, every person who sees it will feel represented! The quest to find fulfilment and happiness in your life is a universal feeling and telling that story with the cast we have I think makes a statement for inclusivity at a time where there are a lot of questions in the world about what makes us different and why we don’t belong together. In not a heavy-handed way, the show is doing the opposite; there’s more that binds us than what separates us and it’s really thrilling to be a part of. Yeah, as a rom-com lover I wanted to ask you about the classic rom-coms because they haven’t been particularly representative of the real world. How does it feel to be part of such a diverse cast and to be an Indian man playing the lead actor of a major series?

Yeah, it’s big. I’ve been working and based in the UK for a few years, but it’s not lost on me that it took an American reimagining this beloved British film to tell a story where someone like me could be one of the leads. I think it’s exciting that we’re going in that direction and it speaks a lot to Mindy Kaling and her vision for what she wanted. There is no tokenistic casting in this, and the diversity isn’t heavy-handed. A lot of the time I feel like diversity when you come at it as an actor, parts can feel quite tokenistic because it feels like they are thinly assembled collection of clichés or talking points. As an actor, you know that those kind of roles are harder to bring to life, whereas these feel like three-dimensional human beings. As a South-Asian man playing a Pakistani, that’s a part of who Kash is but it’s not the defining thing about him which makes it feel real. I don’t wake myself up every day and remind myself I have to be that way because it’s part of who I am. A Pakistani man going on this journey feels very real. It captures what it’s like to move between different circles; it shows how you can talk a certain way to your friends, your colleagues, your family, and I think that there’s something about the specificity that will actually feel very universal for anyone. As an example, having doting, overbearing parents who want the best for you is a very millennial thing. Yes, it’s specifically Pakistani in some ways, but I hope while the audience is watching they’re not relating to Kash just because he’s a Pakistani man, they’re relating to him because they are going through the same kind of mishaps and making the same blunders. It’s a well-known fact Mindy Kaling is a rom-com connoisseur. What was it like working with someone who is so passionate about the material like she is?

We couldn’t have been in safer hands in terms of who is running the show. She’s such a joy to work with because she wears multiple hats and she wears them so well. She’s a brilliant performer in her own right, she’s a producer, and she has a very clear vision. She wanted to tell the story in a way that kind of showed the world as it is now with a diverse cast. She’s very collaborative. One of the challenges but also the joy of doing a show like this is not an hour and a half comedy, it has drama and comedy. We all, collaboratively as an ensemble, were looking to make sure that when the gag landed, it made people laugh but it also came from a place of truth and even in these larger-than-life circumstances you believed the consequences. Having Mindy at the helm was really great. I think because she knows the genre so well, she’s able to riff on it like no one else. Besides Four Weddings and a Funeral, what would be your favorite romantic comedy?

Oh, there’s a few! I grew up with those classic teen rom-coms, so like 10 Things I Hate About You and Save the Last Dance. More recently, I really enjoyed Yesterday and films like Crazy, Stupid, Love, I really love. It’s interesting because doing the show made me feel like there is an appetite for it, particularly on TV. It’s a genre that hasn’t been in fashion for a little while. It feels like now is a good time to move people and make them laugh. Finding love and finding happiness is one of the most human joys of all, so it’s really exciting to be part of a show that gives the rom-com its moment in the sun again. I think it will appeal to lots of people who, maybe up until now, are similar to myself and never really called themselves a fan of the rom-com genre but there is definitely something for everyone in this show. The humour is very on point and it’s very culturally relevant. Mindy’s much cooler than I am so the references in the script really feel like they speak to a modern audience. She’ll pull a lot of people in!

Four Weddings and a Funeral is airing Wednesdays, from 31st July, on Hulu!