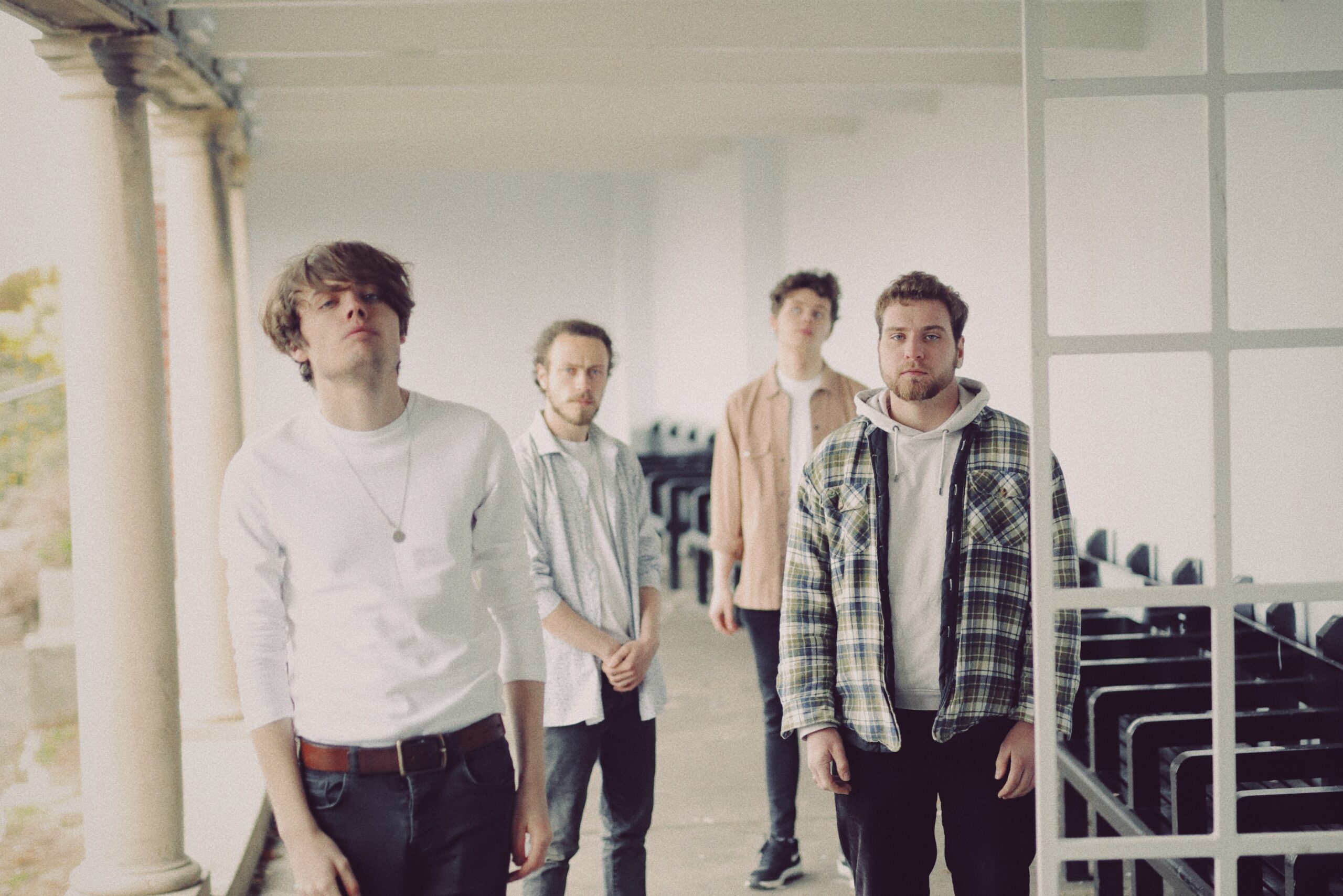 The Trusted unveil their latest single Rebel Song, stirring up emotions relating to the crazy times around us and reflecting on social injustice, while celebrating the act of defiance. Acting as a voice for the youth of today, the four-piece band have a timeless Brit-rock and a post-punk edge which makes them stand out from the rest. It’s gritty, it’s relatable and it’s totally addictive.

Their latest single Rebel Song closely follows the success from their previous single Criminals, another track which touched on very real human emotions, including loss, heartbreak, guilt and self-absorption. Consisting of two brothers and two pals, the band got together at school in their hometown of Southend-on-Sea. Over the past year, the foursome have rocketed, quickly becoming more than just an after school band practice. With multiple tours across Italy and gigging in prestigious venues across the UK, The Trusted leave a taste of raw, alive energy wherever they go. Known for their electric live sets, we are patiently awaiting the announcement of any live dates!

Today we catch up with the guys following the release of their new single Rebel Song.

Let’s start off by saying congrats on your new single Rebel Song! How does it feel to have your tune out, tell me about the response so far?

Oh thank you so much. Yeah the response has been great. Everyone we’ve played it to, really gets it haha. We always get nervous when we release a new song because it’s like releasing a piece of your soul. We put everything we possibly have into our songs so it’s always a big deal when we put something out. At the same time we love it.

So you all met at secondary school in your home town Southend-on-Sea, how does it make you feel to look back at your roots and see where you are now?

It feels really weird. Technically, Dale and I met before secondary school. We actually met through a mutual friend when we were about eight years old. Obviously Finn and I are brothers so we’ve known each other a little while longer. When you put it all in perspective, it’s really weird to think that we now work and make music together. It feels like a journey. I think that’s the way, being in a band should feel.

What’s it like working together? You all seem close and have known each other for years, so who wears the pants or is it equal give and take?

We know each other inside out. We know how to piss each other off and we know how to make each other laugh. It makes the whole creative process a lot easier because we know how everything ticks. We’ve always made sure that The Trusted is a democracy. Everything is split four ways. We write songs together and we make decisions together. Obviously, being the lead singer, sometimes the ego comes out and my head starts to inflate but I’m quickly put back in my place.

How has your sound as a band changed over the years? Your last single Criminals had a timeless vibe to it, very Bitter Sweet Symphony style. The new single Rebel Song follows suit in the ageless feel. Talk to me about your musical influences as a group?

That’s a really interesting comparison. When it comes to our sound we don’t really talk about style or genre, we just make music that makes us feel good. The timeless thing might come from the fact that we don’t think too much when writing. When we start out, we might have a sound in mind, but the song always takes a life of its own. Criminals was really different when it started out but when we entered the studio, it evolved really quickly. Rebel Song was kind of the same, at the start of the recording process, we just threw things at the wall to see what would stick. It’s a really organic/natural process. In terms of influence we are into everything from indie rock to hip-hop to experimental music and everything in between. Musically, it’s really hard to stay still with all this music at your fingertips. The push and pull of all our different influences really keeps things sounding fresh for us.

You shared with us that Rebel Song wasn’t “an outright political track. It kind of leans more on the emotional/psychological side of rebelling”. Can you explain a bit more about the meaning of this track and what were some of the biggest things that affected you during the time of writing?

We wrote this song in the middle of July of last year. Lockdown was making us all feel very tired and isolated. All the political tension was leading to social unrest over the world and you could really feel how this was affecting people emotionally. Rebelling is an emotional response and you could really feel that last year. It was everywhere, so it was hard not to write about it.

Rebel Song was hugely inspired by the ongoing issues across the globe. How do you feel about 2021, do you think there is hope for this year?

A lot of the issues that took centre stage last year are complex. I don’t think they will be resolved any time soon but I’m hoping we can take a few steps closer to resolving them. I think the easing of the lockdown is gonna really help. The returns of freedom is going to improve mental health and I think this will give us a sense of clarity. 2021 is not going to be easy but I think there is some hope.

You have performed at prestigious venues across the UK, as well as two successful tours of Northern Italy, where you now have a huge following. What are your hopes for touring again?

It feels like a lifetime since we last got on stage, so at the moment, the whole idea of just getting on stage and playing music in front of people feels good enough. We’ve got a whole bunch of new songs including Rebel Song that we’ve never played live before so we can’t wait to get back out there and see what these songs sounds like on stage

Following on from the last question… where is your dream gig venue?

I think the Roxy in LA…. It just looks so cool.

You guys thrive off your unique fusion of post-punk energy and storytelling, explain why storytelling is so important to you?

Again, it all comes down to how stories affect us emotionally. I think our life is built on stories. Stories make us feel alive. Along with music, I’m a massive film nerd and I think that stems from my love of storytelling. When I listen or watch a piece of art I wanna feel something important.

Seeing as you are a talented bunch of lads, what do you admire most about each other as people and as musicians?

I love it when we challenge each other. We are actually four very different people and our tastes do often differ. I love it when Dale or Finn or Dave disagree with me or approach an idea in a way that I wouldn’t. The fact there are four minds working together rather than one is really cool. I also admire their resilience and the fact that they haven’t given up, even when things have been really shit. We’ve stuck together and I think that’s really great. Oh, and I love the fact that they don’t take themselves too seriously. I think that’s really important

Why does The Trusted work so well together? What do you think is at the core of your relationship?

It’s just mutual respect and love for each other. The Trusted is really dependent on its individual members. Everyone is key and I think that’s really important. You see a lot of bands kind of playing off that whole rock ‘n’ roll attitude. We’ve never done that, in fact we’ve always tried to use our ‘uncoolness’ as a kind of secret weapon. We’ve never tried to be cool, we just wanna write good songs.

After a crazy 2020, your music is bringing us hope for 2021. You are known for covering themes of human emotion and their perceptions of the world. What is it that attracts you to this so much?

I think music can really be used to represent emotions in a way that no other medium can. Emotions and music go hand-in-hand. Lyrically this has always been a good jumping off point for me. Also I’m quite an emotional person ha ha!

And lastly, what’s 2021 looking like for you lads? New music, any collaborations?

We are currently working on an EP that is really taking our sound into new places. We’ve been playing with rhythms and textures that we’ve never played before. Exciting stuff!

Rebel Song is out now, follow The Trusted via @thetrusted_