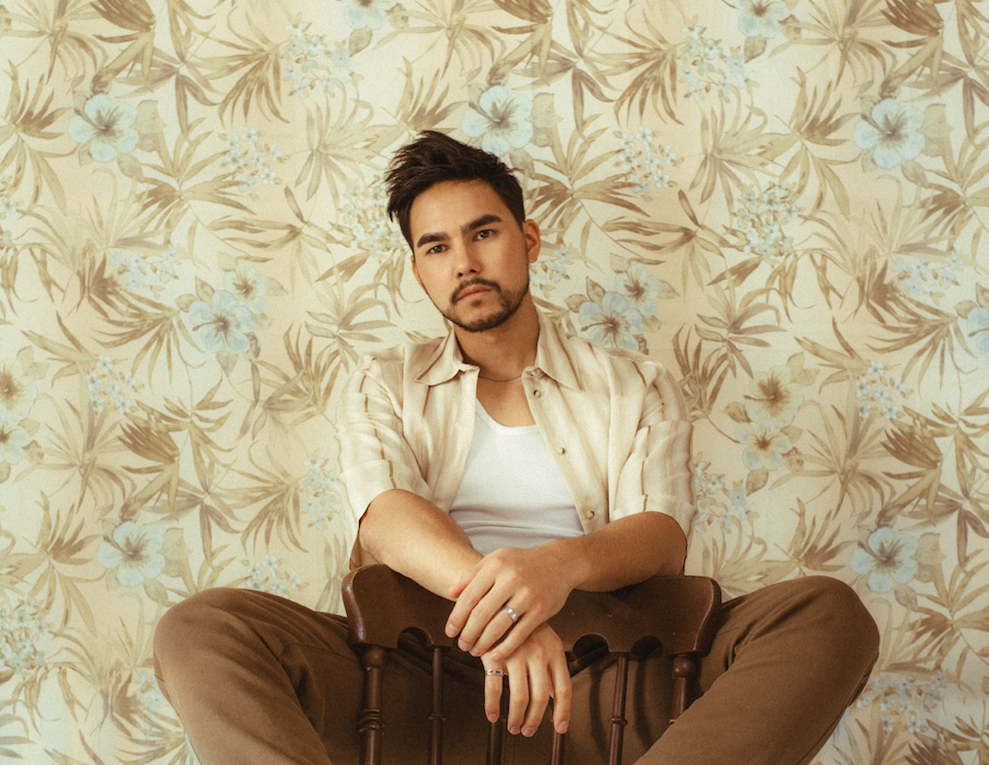 With a new album on the horizon, Canadian pop royalty Tyler Shaw has been hard at work, channeling his downtime throughout the global pandemic into his craft.

His latest release ‘When You’re Home’ is a beautiful tale of love and longing, and a stunning introduction to his forthcoming record.  1883 caught up with the all-round nice guys over Zoom, and discussed being mates with Biebs, his love for London and his beloved Manchester United.

You started your career back in 2012 when winning a national singing contest on a music network. How difficult do you think it would have been to break into the industry without that opportunity?

I think it’s safe to say that it would have been a very different outcome. The industry, in general, is really all about who you know. I’ve learned so much along the way, especially from mistakes I’ve made. The singing contest offered national exposure on television and was voted on by fans from coast to coast, so there was a built-in fan base once I had won. The contest led to a singles deal with Sony Music Canada and then snowballed into a full record deal. I had a lot of guiding forces in the early days and now I’m more confident than ever in the team I’ve built around me. That’s such a key component to a successful artist is the team you surround yourself with. I may have continued pursuing a career in soccer if I hadn’t put myself out there and committed myself to music and entering this singing contest.

What advice would you give to young aspiring musicians who use shows like The Voice and The X Factor to fast-track them into a recording career? Do you feel that shows like that are helpful or detrimental to an artist’s longevity in music?

I would imagine these types of shows are much more intense and popularised around the world. If I could offer any advice to aspiring artists, it would be to put in the time and practice to be the best artist you can be. Early in your career, a lot of people will tell you who you are, what to wear, who to be because they assume you don’t entirely understand who you are. If you have a strong sense of self and identity, that will help you navigate through the madness. That’s not to say you can’t take advice or make compromises, but you don’t want to be a puppet for what people think you are or should be. I wouldn’t say these types of shows and contests are detrimental, but instead an opportunity to launch yourself into a career – if you’re ready for it. It’s not a golden ticket to direct or immediate success. I like to imagine that I’m the same person on and off the stage, but maybe my family and friends would say otherwise. In a live show I really try to be larger than life and personify my lyrics and music. When I’m getting in the zone or a focused mental state before a show, I’m essentially transforming myself for my performance. There’s such adrenaline and energy that I feed off of in that setting. At home, I’m a husband, a father, and a friend. I love to play soccer, to cook and to drink a nice glass of scotch served neat.

We adore your beautiful new single ‘When You’re Home’, which was written in London. How has the city shaped you as an artist, and how does it hold such a special place in your heart?

The UK in general has a really special place in my heart and my growth as an artist. It was about 4 years ago when my manager and I went to the UK to write for my sophomore album. I was always drawn to the music and culture, or what I thought I knew about it. It almost feels like a second home to me. I grew up in Vancouver, British Columbia. We experienced similar weather so maybe that’s the draw for me. The irony of British weather being a draw for me! There’s just such a rich culture and history. London is romantic and electric, and really inspires me. I wrote most of my new album and last album in the UK. There are some really incredible songwriters in London. I could sit in Hyde Park for hours at a time, just watching people and soaking it all in. Watching people in a different place and space is exciting for me, when it comes to sparking ideas and bringing concepts into writing sessions.

We know you’re working on a new album too, what can you tell us about the new record?

Almost finished the album. Just putting the final touches on it until someone from my label says “STOP”. I’m a bit of a perfectionist, so it would be easy for me to sit on this forever. I am beyond excited to finally share new music. My last album Intuition came out in late 2018 and changed my life. I toured lots and travelled all over promoting that album. I drew from those experiences and poured myself entirely into this album. The day after my Canadian tour last year, I flew to LA and started writing immediately. I had so much to say and share. For my fans, this is probably the most authentic and honest music I’ve ever written. For people learning about me for the first time, I’m a really vulnerable artist, I really pour my heart and soul into my music. I’m a songwriter first, a producer, a musician so I really contribute to my albums fully. If you’re a fan of Shawn Mendes, James Arthur or JC Stewart, I would say those are my contemporaries. There’s something for everyone on this new album. Whether you want a slow, romantic ballad or something more up-tempo and vibey to get pumped up on the weekend, I’ve got you covered!

You’re an artist that loves to give back to his community, so following on from the amazing ArtistsCAN project and your collaborative track ‘Lean On Me’, are there any more plans for you to jump back in the studio with Michael Bublé or Justin Bieber anytime soon?

For me, yes! For Bieber or Bublé…that is yet to be seen. Fingers crossed! I’m a big fan of both artists. I’d love to collaborate with both again in a more direct capacity. I was so grateful for them lending their voices to ArtistsCAN last year. Really a dream come true! I feel like Bublé and I would write something really beautiful together and I’d love to bring David Foster into the mix. I had the pleasure of meeting David Foster, his longtime collaborator/producer, and he was so kind.

Outside of music, what takes up your spare time?

Music really does consume a big chunk of my time, whether it’s working on my own or writing and producing music for other artists. I love it very much. Outside of music though, I love travel and photography. Those are two of my passions. Pre-COVID I would travel somewhere new each year. It’s important for me to visit new places, learn about culture and relax my mind. I enjoy capturing moments through my photography. It’s another creative outlet for me. I think you can look forward to seeing more of my photography integrated into future artwork and creative releases. I’m also a massive soccer fan. Have played my entire life and played in university! GO MAN-UTD!

We’ve all had a little more time to indulge in television over the past year. What shows or boxsets have you been glued too during lockdown?

The Office is a classic go-to for me, always. FRIENDS is always great for a good laugh too. I’ve been glued to the news more specifically during lockdown. Keeping up to date on the latest developments of COVID but also watching the peaceful protests.

As an artist unable to travel due to the pandemic, how have you been keeping your fans entertained throughout this strange time?

Usually I would have been out touring and promoting my records so if there was any positive aspect to the pandemic, it allowed me to step back for a moment and reflect. I got to reconnect with some old friends and my family, virtually. Found some time to play video games, which I rarely get to do. Tackled some home renovations, tried some new recipes and have done my best to stick to a fitness routine. It was and still is important for me to stay physically and mentally active.

You must have such an appetite to travel and get back on the road to look your fans in the eyes after so long. What plans do you have lined up for touring the new album and getting back on stage once things are safe to do so?

My team has a lot of exciting plans, obviously dependent on how COVID pans out in the months ahead. When it’s safe to do so, I’m really looking forward to travelling and sharing my music beyond the borders of my native Canada. During the pandemic I’ve been able to connect with new fans from all around the world and I’d love to go explore new places and introduce my music there. There is so much promise ahead and I’m hopeful for the new experiences that lay ahead. I’ve been brainstorming the new set, the production, the wardrobe. When the time is right, we’re going to put on one hell of a show. I know people are craving live music, as am I.

Tyler’s latest release ‘When You’re Home’  is out now, check out the video below. Follow via @tylershawmusic 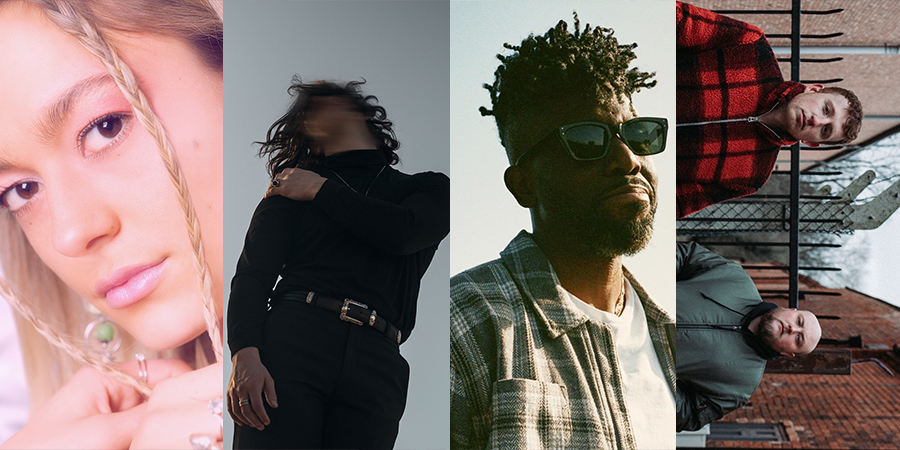 The 1883 Off The Rails Playlist

The latest in new music from HILTON, Lia Pappas-Kemps, Surfaces and more on this week's 1883 Playlist. Big week for new music: ahead of the release of his debut album Joel Culpepper drops "Black Boy," a reflective and inspiring track influenced