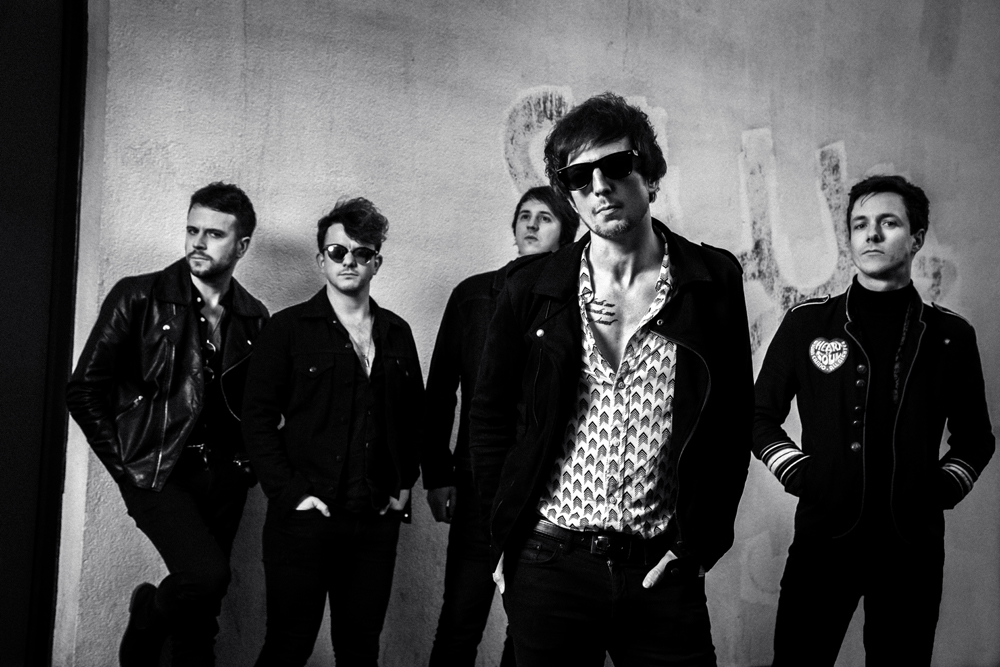 As a result of having their soaring indie anthems played through the speakers of football stadiums across the country and through their own raw passion, Apollo Junction are rapidly acquiring a dedicated fan base from all corners of the globe.

Following an energetic set at Camden Rocks Fest – for which fans had flown in from France, Belgium and Germany – we took to the streets of Camden with the Leeds based band to discuss their inspirations, close friendship and why you should never wave a Leeds United Football Club scarf in Nottingham. First things first, how did you all originally meet and come together as a band?

Jamie: We have known each other for years, we’ve all been in separate bands and we just amalgamated to build this ship we’re sailing now. It’s all the best looking and most talented members of the previous bands (and Sam!) into what we are now.

Matt: Everything here is built on friendship.

Jamie: We couldn’t spend the amount of time that we do spend together if we weren’t close.

Matt: People pick that up when they watch us live, they see it. They always say ‘you’re such great mates, we can tell.’

Jamie: For a band it’s magical – well it has to be because otherwise people can see straight through it if it’s phoney. 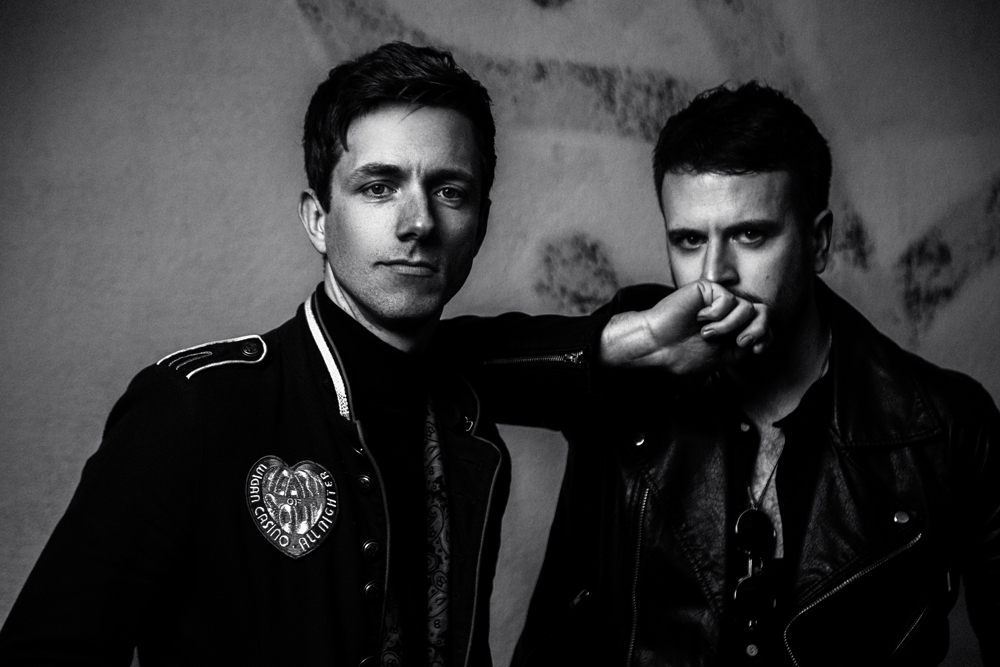 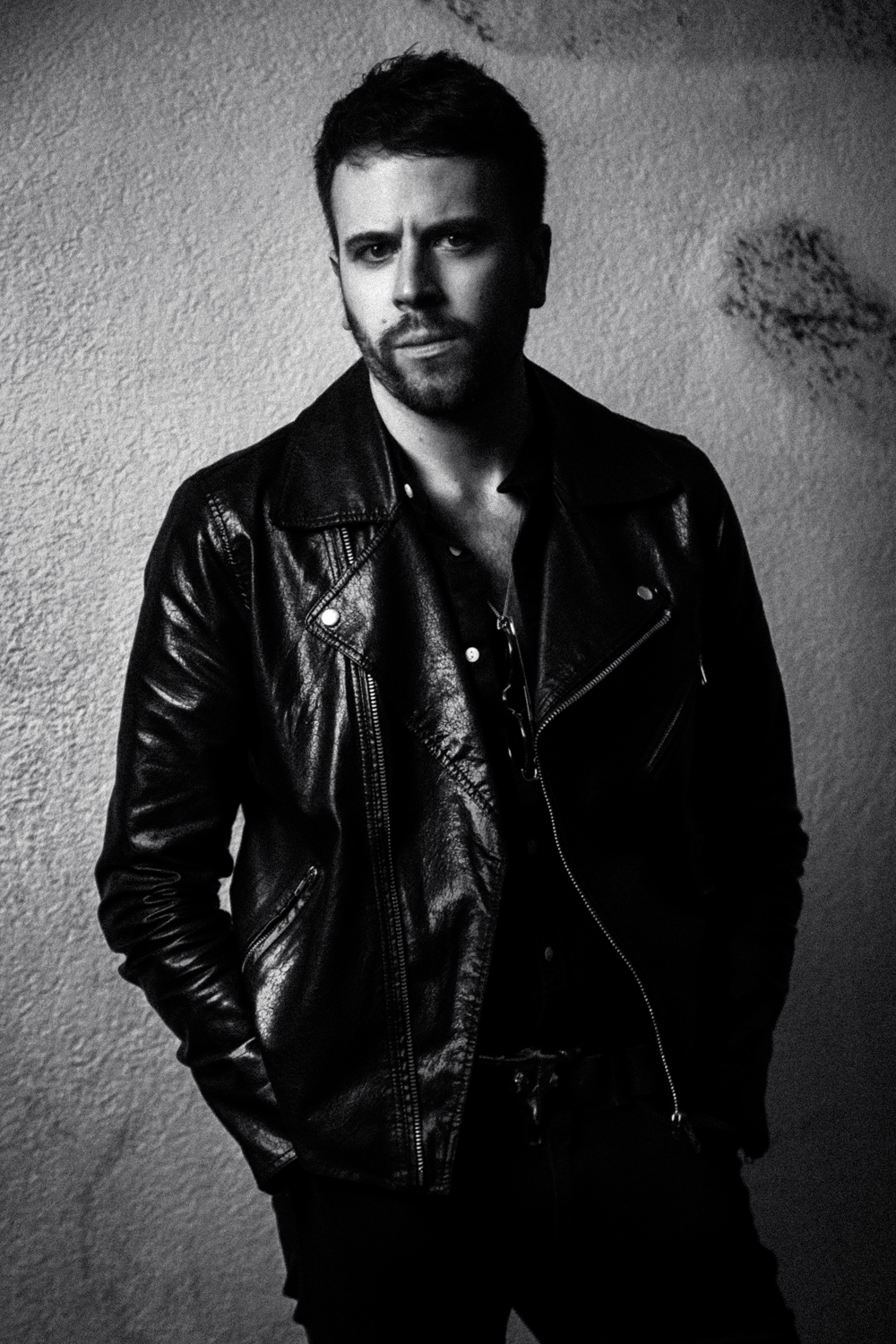 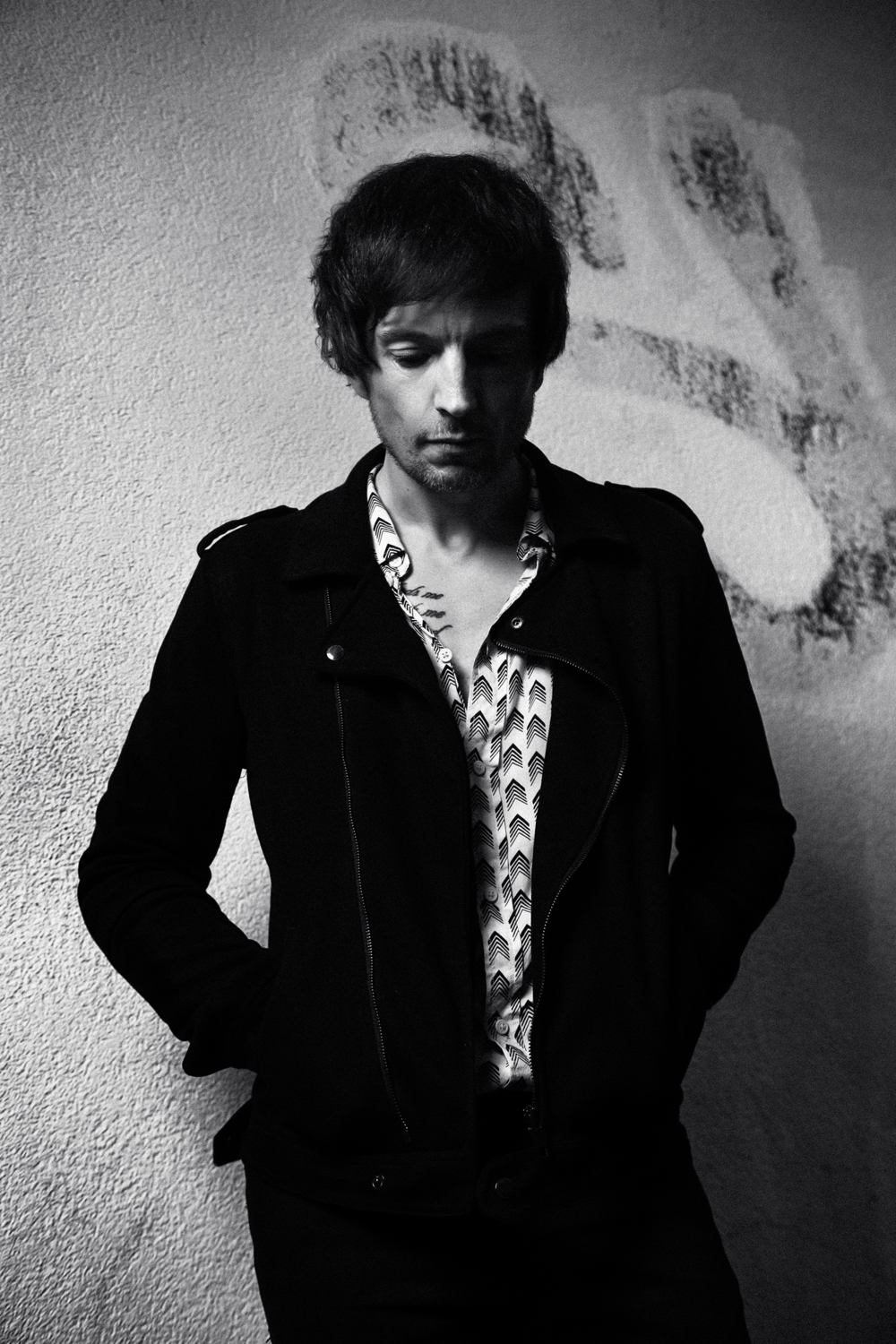 You’re also very involved with Leeds United Football Club, has that opened up the door to new experiences?

Ben: Locally it has, even globally in fact. We’ve had fans of the club over in America who now know us, it engages with them. It’s great, well for me because I’m probably the biggest football fan in the band. Jamie might try to say he is though. You see the club and the band come together so both of those things I’ll look back on when I’m an old guy and go ‘oh wow, that was cool!’

Jamie:  Our fashion choices have been mocked by the Leeds united back four but apart from that it’s brilliant!

Ben: Music comes first though, we’re not going to be waving Leeds scarves in Nottingham.

Are they the rivals?

Ben: No, but it is a mistake I’ve made in the past. Although I did catch the pint that was thrown at me. Last year you were on the road quite a bit going from festival to festival. How difficult was that to fit around full time jobs?

Matt: Well, we just make it work. Music is our job, it’s our priority so everything else we do is arbitrary to that. It’s like The Smiths song ‘I was looking for a job and then I found a job, heaven knows I’m miserable now.’ Music is the only thing that makes us happy; it is our full time job, our full time passion, it’s all we think about, all we live and breath. That’s it.

That was an amazing speech!

Matt: That was my Churchill moment.

Your debut album is ready to go out into the world, what can we expect from it?

Johnnie: We’re all proud of the songs, each one.

Jamie: We’ve stayed up all night, we’ve got up first thing in the morning, we have given our souls to these songs.

Matt: The debut album just shows the soul of the band. You all seem like you’re perfectionists. Did the album require a lot of tweaking?

Jamie:I suppose that is being a perfectionist…

Matt: Scratch that, yeah we are perfectionists.

Jamie: Can we just keep going until we get the perfect answer please?

Do you all hold each other up to a high standard then?

Ben: Yeah and that’s where the friendship comes in.

Matt: At the end of the day if someone is going to tell me that I was playing the guitar badly – not that I ever do – but if somebody does have to do that then you want to hear it from your mate not from a fan.

Your songs are all very uplifting with an optimistic outlook, what inspires you?

Jamie: We believe in people, we’re on a journey and life is just incredible. Our songs reflect that, there’s nothing more beautiful than a bunch of people coming to a gig and dancing so every song we do is for that purpose. We want people to have a good time because life is a bit shit sometimes and music is an escapism. Music is everything, let’s be honest. We know that, we’re a part of that and we’re happy with that. Who writes the songs?

Matt: We all do. It doesn’t matter if Ben wrote it all, we all split it because that’s what mates do.

This interview is like a wholesome Disney movie, all friendship and love! What has been the best bits to reflect back on so far?

Jamie: When I was a kid I would sit and listen to a Steve Lamacq show with bands like Oasis on there, it’s how I got into music. When he started playing us and saying nice things, it was ‘he likes us!’ That still makes me go ‘Steve Lamacq! Steve Lamacq!’

Matt: Mine is getting a message from Gareth Bale, the Real Madrid footballer who was the most expensive player in the world at the time. Somebody played him one of our songs and suddenly he recorded a video to say how great it was and I was like ‘ what!?’.

Sam: For me it was most probably the live session we did for Janice Long, it was the first time we had played live on the radio and it was all acoustic.

Johnny: For me it was the Isle of Wight festival, we were invited back again, and then again! Three years in a row!

Ben: I’ve got so many, I think maybe the first time Graham Norton played us was sensational. To go from five lads just writing songs in the bedroom to that instantly was crazy.

Jamie: The best moments are coming, we know they are. It’s blowing us away, every day is amazing.

For the latest on Apollo Junction visit www.apollojunction.com 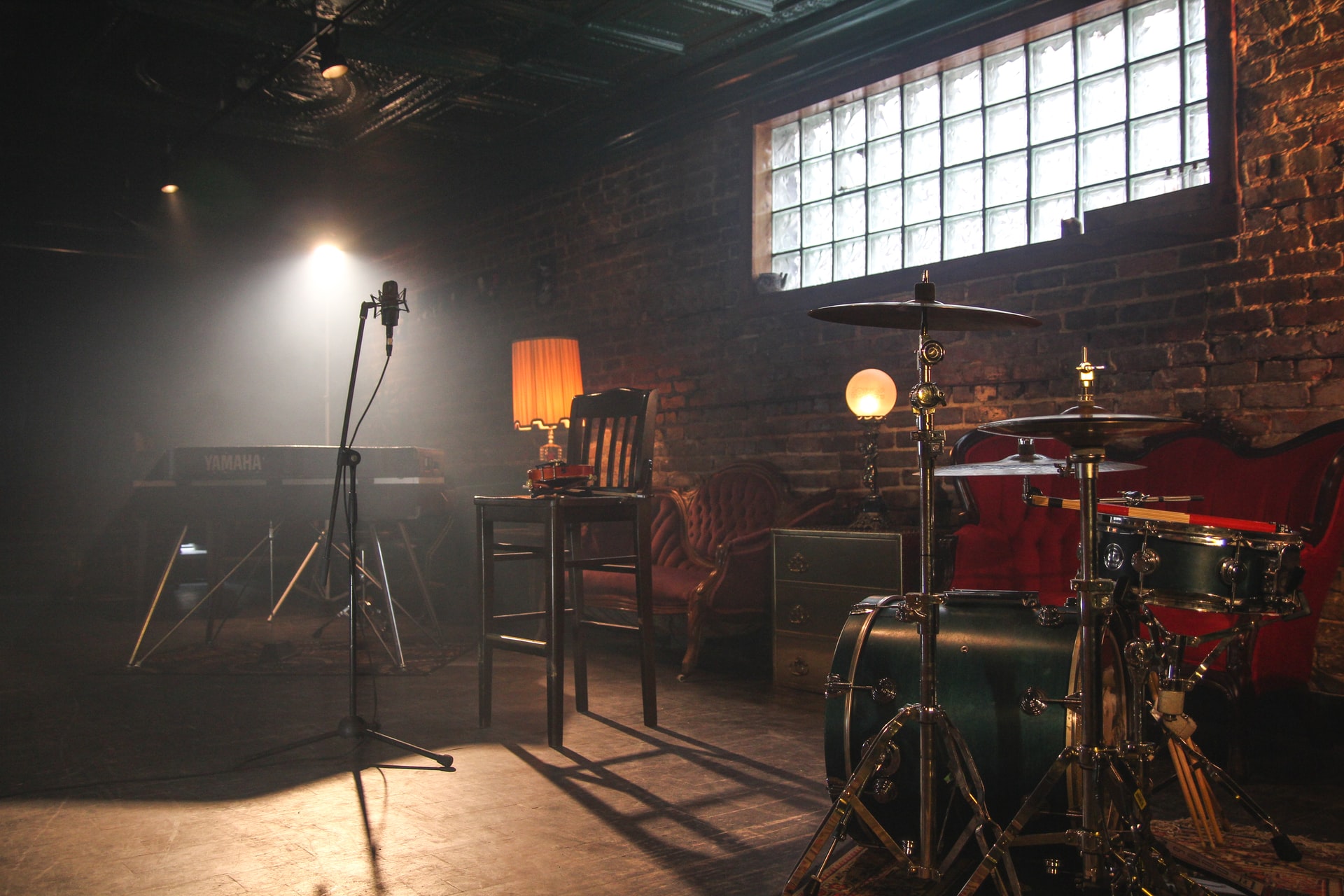 Music in Lockdown: The New Normal for DIY Artists

Across the globe, self-employed bands and musicians suddenly found themselves rapidly adapting their strategies in order to overcome the new obstacles which had been placed before them due to the lockdown. 1883 spoke to a few UK based artists to explore