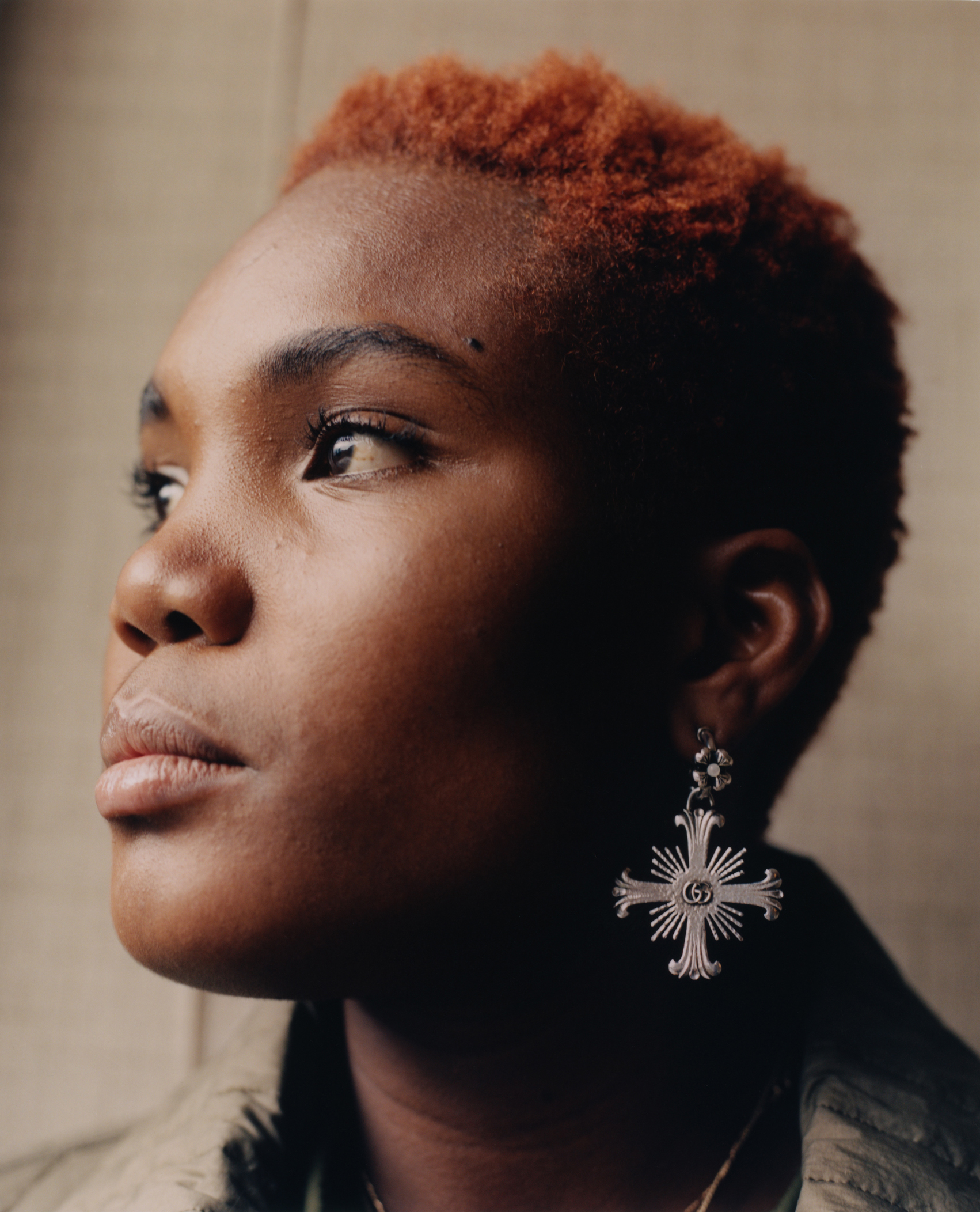 Carrying an air of maturity far beyond her years and a sense of intentionality etched into every word she utters, it’s hard to believe that Arlo Parks is just 20 years old.

The recipient of this year’s AIM Independent Music Award for One to Watch, the West London native is rapidly cementing her position as the voice of generation Z. While Parks sits comfortably within the indie space, her sound is a seamless amalgamation of multiple genres including pop and soul pulling inspiration from the likes of Minnie Riperton and Otis Reading.

Propelled into the spotlight with the release of the single Cola in November 2018, the singer has since gone on to support several notable names on tour including Jordan Rakei as well as recently becoming a mental health ambassador for the charity CALM (Campaign Against Living Miserably). The charity remains one close to the singer’s heart as she continues to champion causes that make mental health services more accessible for the wider society.

1883 spoke with Arlo parks about her love of food and the role it plays in creative process, recording during quarantine and her new album Collapsed in Sunbeams.

While I know your love of words stems from the literary arts, which came first for you the singing or the poetry?

Poetry came first. Well actually, I was writing short stories from when I was about 7 or 8. I was always singing around the house and in choir and things like that, but it was poetry first. That love of words…I must have been born with it or something because for as long as I can remember I just gravitated towards writing and telling stories.

So how did the transition from poet to songwriter happen?

I picked up the acoustic guitar when I was like 13 or 14 and I taught myself how to use garage band from YouTube videos. It started off with me putting spoken word over the beats that I would make and doing stuff that was more in that hip hop world. It was inspired a lot by the album telephone by no name. Then I started experimenting with singing little bits. It was quite organic.

Naturally, the sort of sounds you were making would lend themselves to rap music, so how did you land in the pop/indie world from that space?

I honestly can’t remember the exact moment it happened, but I think it’s down to the music I was listening to. I was listening to a lot of The Streets, Men I Trust, Heat Miser and Clairo. I think just because my tastes were broad in that way, I didn’t think twice about bridging the gap and just having a go. I didn’t think it through too much – one day I just decided to give it a go.

You describe your music as emotional music but which emotion do you find the hardest to articulate from a songwriting perspective?

Hmm…that’s a really good question. I think for me expressing joy. When I’m feeling really happy, I don’t have the urge to write as much as I do when I’m feeling down. For me, joy feels quite simple but it’s a feeling that I can’t quite put into words and it’s something that I’m working towards because I always find myself struggling to encapsulate joy. It’s such a simple good feeling but to make that sound poetic is actually quite hard. I suppose the difficulty is expressing that without sounding cheesy?

While I’m sure you love all your songs, it appears that Cola seems to have a special place in your heart – why is that?

Just because it’s the first one I ever put out and I remember how excited I was when I wrote that song. We just did it in the afternoon, whilst cooking pasta on a summer’s day. It was like magic. It just reminds me of where the journey began. I remember writing those words down in my little notebook and being filled with hope and wanting to make music my job one day. I remember those feelings and attach them to that song and how things have grown.

Okay, you mentioned pasta, so I have to ask this question now. There seems to be this underlying connection between food and your creative process.

What is your go-to meal before a writing session?

I have really weird eating habits. I’ll probably just eat loads of dried mango. I’ll have a big meal after a session which is usually Mexican food like fajitas or something like that. But before a writing session I mainly just run off coffee and dried fruit.

Would you say that there was a particular style of cuisine that was responsible for fuelling this upcoming album?

Yes. It’s so funny that you asked that because I literally made the same thing every day for two weeks (laughs), I’m obsessed with this pasta! It’s pasta with halloumi and chorizo olives and weirdly with rocket on it. I don’t know why I did that, but it was PENG and we had it every single day. That and Casillero Del Diablo red wine from Tesco.

Let’s talk about Super Sad Generation. For me, it captured the thoughts shared by a lot of young people today. What was the initial motivation to write the song and how has it made you feel to see the response to it?

For me it, as you say, I was just writing about my friends. I wanted to create something that my friends could relate to and talking about their lives and their anxieties and their worries just being a teenager growing up in the world. It was written in the same 24 hours as Cola so that day I was just writing from a place of instinct. I think was just thinking about the parties that I’d been to and the people around me and what they were experiencing. It was quite an organic observation. It’s amazing having these kids telling me that the song makes them feel understood or that they see their own stories in what I’m talking about. It is so warming. Music is such an amazing tool for connecting with people. When you hear a song that describes your reality in a way that you’ve never heard before or in a way that you don’t have the words to, I think that’s really special.

Who would you say that you make music for?

I think I make music for the kid I used to be. I make music that I wish I had was growing up. At the same time, people of all different ages and walks of life seem to be connecting to my music so I like the fact that it doesn’t have a specific target. Honestly, I write mostly for myself mist of the stuff that comes out is because `I am trying to process something that’s happened to me. It very much just like a personal processing tool at the same time.

Staying on the subject of creating what you wish you had, what advice would you give to someone who, like yourself at one stage, has these huge aspirations to make it and be successful but is perhaps not seeing anyone who looks like or represents them?

I feel like if you can’t see it then be it. If you can’t see it that doesn’t necessarily mean that it’s impossible or out of your reach. I didn’t really see many queer Black women making music that operated in that sphere. But I think it’s important to trust your tastes and if there’s something that you want to do, just go for it.

I presume there’s been a lot of recording during this lockdown period, which inevitably means new music. Any thoughts to share on what we can expect?

Yeah. I wrote and recorded most of my album during lockdown. The album is coming out on the 29th of January which is super exciting. So that’s probably the big highlight of next year for me. I am just going to be dropping singles every once in a while, leading up to that. I felt blessed that I was inspired during lockdown. I was writing all the time and I know it was like that for everybody. Theres a lot of new stuff coming.

I’d be interested to know whether being in lockdown has impacted your writing process at all?

Hmm…I guess what happened is that I’ve had to spend a lot more time looking to past for inspiration. Ideas of nostalgia or thinking about experiences that made me who I am today because obviously we were all inside and there wasn’t anything happening in the moment, so I decided to make the album more like a time capsule. Looking to the past was something that I hadn’t done as much or specifically in that way. But in terms of how I write things down, that’s pretty much remained the same.

The title of the album is Collapsed in Sunbeams. I want to get into the inspiration behind that because what struck me about it was clear juxtaposition between the two words.

I got it from a book called On Beauty by Zadie Smith – one of my favourite artists. As you said, I wanted it to feel bittersweet. I wanted it to be interpreted as either being overcome by negative feelings or being overwhelmed by joy and surrendering to that emotion. And also, I love the idea of the sun being like a healing force like no matter where you are, if you feel the sun on your skin you start to feel a little bit better and I like that idea. But yeah… It’s that contrast I’m glad that you picked up on it.

Finally, what is the one thing you hope people take away from the album?

I think the fact that being vulnerable and being sensitive is okay. I think a lot of people grapple with the idea of showing their emotions and being open. I hope [the album] is something that encourages people to talk to their friends and reach out if they need help and check in on each other.

Collapsed in Sunbeams is out now 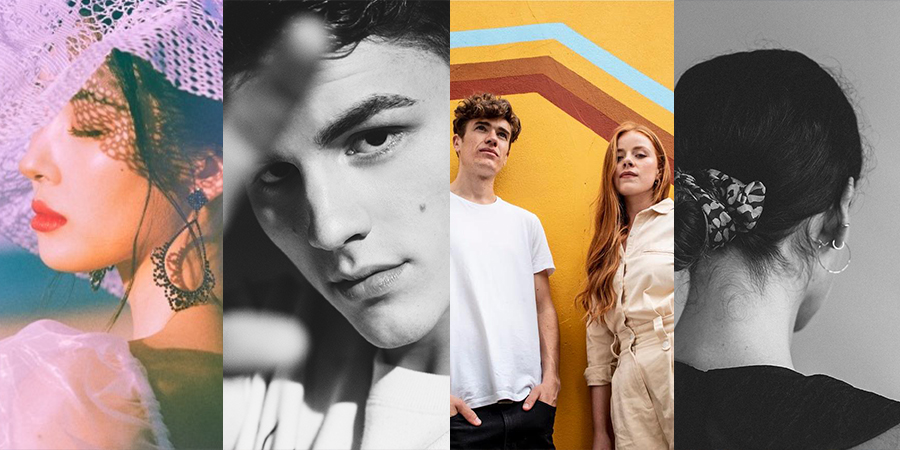 This week's 1883 playlist is for those who are bonafide powerhouses, from Chloe Castro to Arlo Parks to Rina Sawayama. A powerhouse is defined as a person of great energy, strength, or power, and these artists