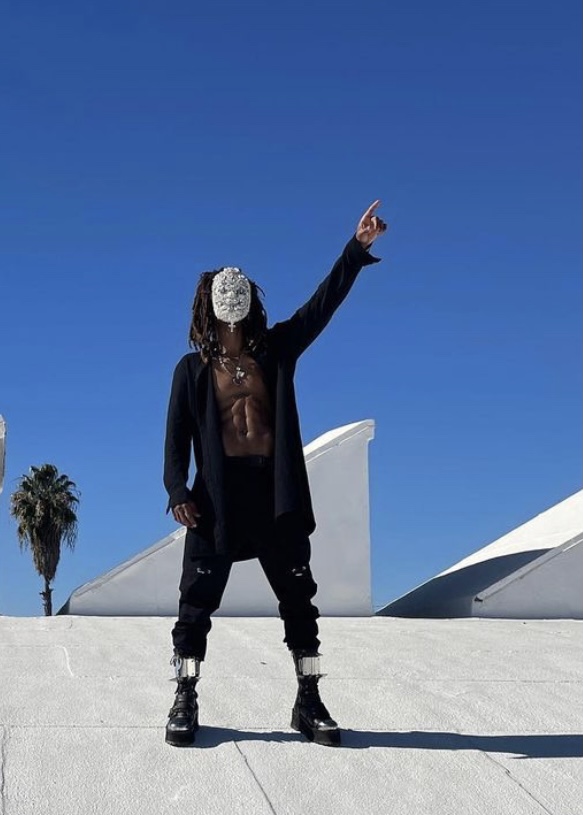 What began as a series of notes penned by actor, writer, director, and musician Ty Hodges as a way to make what was going on in his head more tangible ended up turning into “PALMTREES AND POWERLINES”, a stunning 5-track debut EP released under the moniker BRITISH BROOKLYN. Blending elements of alternative hip-hop, grunge, and punk, “PALMTREES AND POWERLINES” is a masterclass in creative expression and a collection of work that navigates themes of identity, masculinity/femininity, mental health, and more, all weaved through Hodges’ own journey as an artist and a human. The EP is the first creative release of 2021 for Hodges and will be the soundscape for his upcoming feature film “Venus as a Boy”, which Hodges wrote himself, starred in, and directed.

When asked about the inspiration behind the cinematic EP BRITISH BROOKLYN stated, “PALMTREES AND POWERLINES” Is the culmination of a creative process and the resolution of the ongoing internal conflict an artist has with who they are and who the world expects them to be. The end result is a realization and expression of truth, and the freedom to be authentically themselves. I love that music is our universal language and I love the freedom of expression in art. That is what BRITISH BROOKLYN is to me. I’m excited to make more music and art without limitations.”