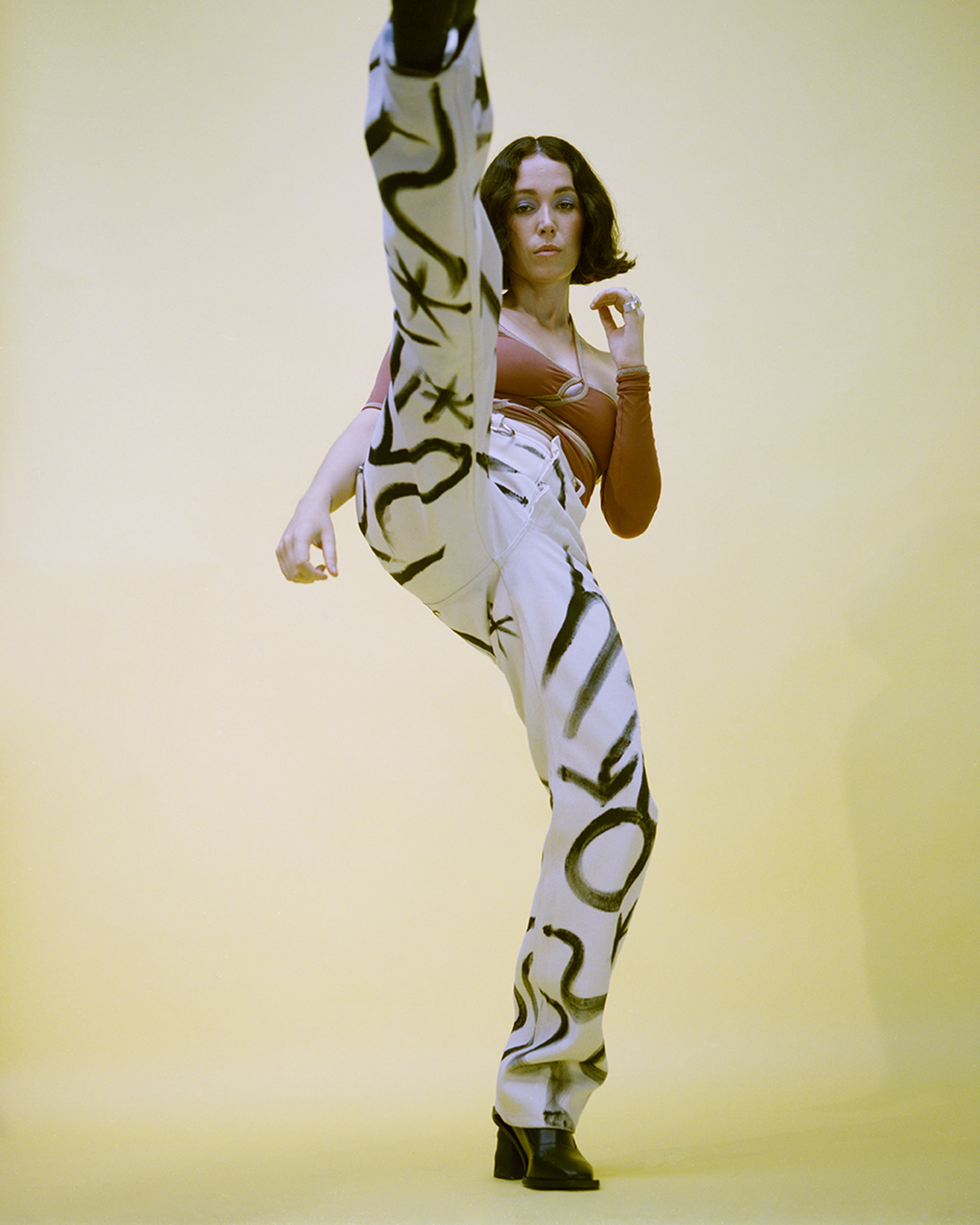 Kelly Lee Owens is a dance producer working on her terms.

Building her name through transgressive techno, Owens translates feelings not only through lyric and tone but rather constructing a sound with building blocks of finely chiselled sonic choices. The result is crisp, perfected layers, fastidiously placed to produce addictive and intricate melodies with soul-biting vocals and rib-shaking bass.

Following an extended period in ‘places of solitude and grief’, the Welsh native returned to produce her second studio album, Inner Song. Exploring new challenges, perspectives and stories of solitude and growth, the record landed last month with timing as impeccable and meticulous as her sound. We caught up to find out more.

So, your new album Inner Song is out! What can you tell us about it?
I guess this album is a reflection on a super personal, difficult time, over two or three years. It’s about leaning into those cracks, places of solitude and grief, and transmuting that through sound into something that I feel is beautiful and joyous. [It is] something that is unafraid to go into depths, and I think that can help other people be in those places too.

How did your process differ for this album?
I guess in terms of production and writing; the ideas are allowed to be more fully formed, honoured in the flow rather than my obsessive nature of making everything so-called ‘perfect’. It sounds cheesy but it’s just true — you have to be really present in the moment to honour what wants to be created.
Sonically, I’m obsessed with bass frequencies so I’m always having to push myself to find those shinier, more sparkly moments; making things a little bit brighter just because that’s where I’m at energetically, literally a brighter place. The other thing is that the vocals can sit on top in this production and that was a choice. Kieran [Four Tet] gave me a nudge not to hide behind heaps of reverb and space echoes. [laughs] You have a track in Welsh on this album with John Cale, ‘Corner Of My Sky’. Tell us about that.
Yeah. It was an honour obviously to connect with someone who has such a legendary status. That includes, of course, Velvet Underground but his own stuff is phenomenal. We connected with our press agent, and he asked me to do vocals for him. After I’d written ‘Mushroom’ [now, ‘Corner Of My Sky’], I just heard a voice all over the track and I wanted to tell a story of Wales. It’s an honour and a joy that he would go there himself because I know he has a difficult relationship with Wales. I did find out that it had been 20 years or something since he had sung in Welsh on a record.

You used to work as a nurse, right?

An auxiliary nurse, yeah, in a cancer hospital.

Has that influenced your music at all?
I think it’s influenced me in my whole life, you know, most 18/19-year-olds aren’t working in cancer hospitals. Being around death as something that’s going to happen to all of us, of course, has genuinely inspired me to live; it’s cheesy, but it’s a cliché for a reason. The patients were the ones that inspired me to actually be bold, try to create my dreams and not be afraid. Also, sonically, a lot of people spoke about the first record in terms of healing and I’m interested in the relationship between sound and healing, so it’s no coincidence that that word came up a lot.

You’ve also worked on fashion projects too, including music for the Dior runway show and Tom Ford’s ad campaign.

So, they were with tracks that I already had. I’d love it to be from scratch and that is something that I am still working towards. And same with films. I’m looking at writing for screen at the moment, and I actually have time to do that now. In terms of visuals, you released your incredibly moving video to ‘On’ a few months back. What’s the story behind that?

Yeah, it’s in Norway, kind of during that lockdown/quarantine time, [by] Kasper [Häggström] [who] did ‘Throwing Lines’. He won a video music award for that. With this one, it’s a tale of two halves and the first one is — as I said before — the leaning into the cracks, being honest about where I was emotionally. Loss and grief come in many forms, not just in romantic relationships, so that’s what we wanted to represent. It’s too simplistic to call it a break-up song but also if it is, there can be many kinds of break-ups. We kept it open-ended and at the very end, he looks into the camera and gives that question mark as to whether he should go back, and I think that’s always the best if it leaves you asking questions.

This album really wants to be played live and danced to. What has it been like producing dance tracks when the clubs are shut down? Did it change the experience of producing at all?
Yeah, I mean, I noticed in some DJ sets that I was doing at the beginning of the year that we’re kind of coming back to that… almost like the 90s thing of euphoria. I think that’s needed because there are so many hard-hitting realities; it’s about this positive escapism. It’s interesting now because I think this is where the album is connecting with people because we’re more open to things emotionally because we’ve all had to kind of sit with ourselves. People are also less afraid to go into those places.

Yeah. What about your lockdown? How did everything change for you?

Well, the funny thing is, because I’ve done a lot of inner work — hence the album title Inner Song, I knew how to be with myself. That’s why I think it’s so important for us to deal with our emotions and line up rituals every day that help us keep some sense of rhythm. And then I have to be honest, not putting pressure on yourself and bowing down to this capitalistic bullshit that in order to be valid, you have to create something. The first three or four weeks, I did nothing and that’s what was needed for me. And this is why it took 35 days to write the music because I was ready.

Any other projects we should know about — or anything you’ve got your eye on?

I’d like to do a lot more topline writing and performing for other people, and as I say, the film stuff is the other thing. I’m going to be getting some remixes done of my music and then I have a track that, I don’t know if it’ll come out this year or not, but I want to collaborate with a British female rapper; the song lends itself to that. So yeah, just delving into new worlds and connecting with people in a different way, I think.