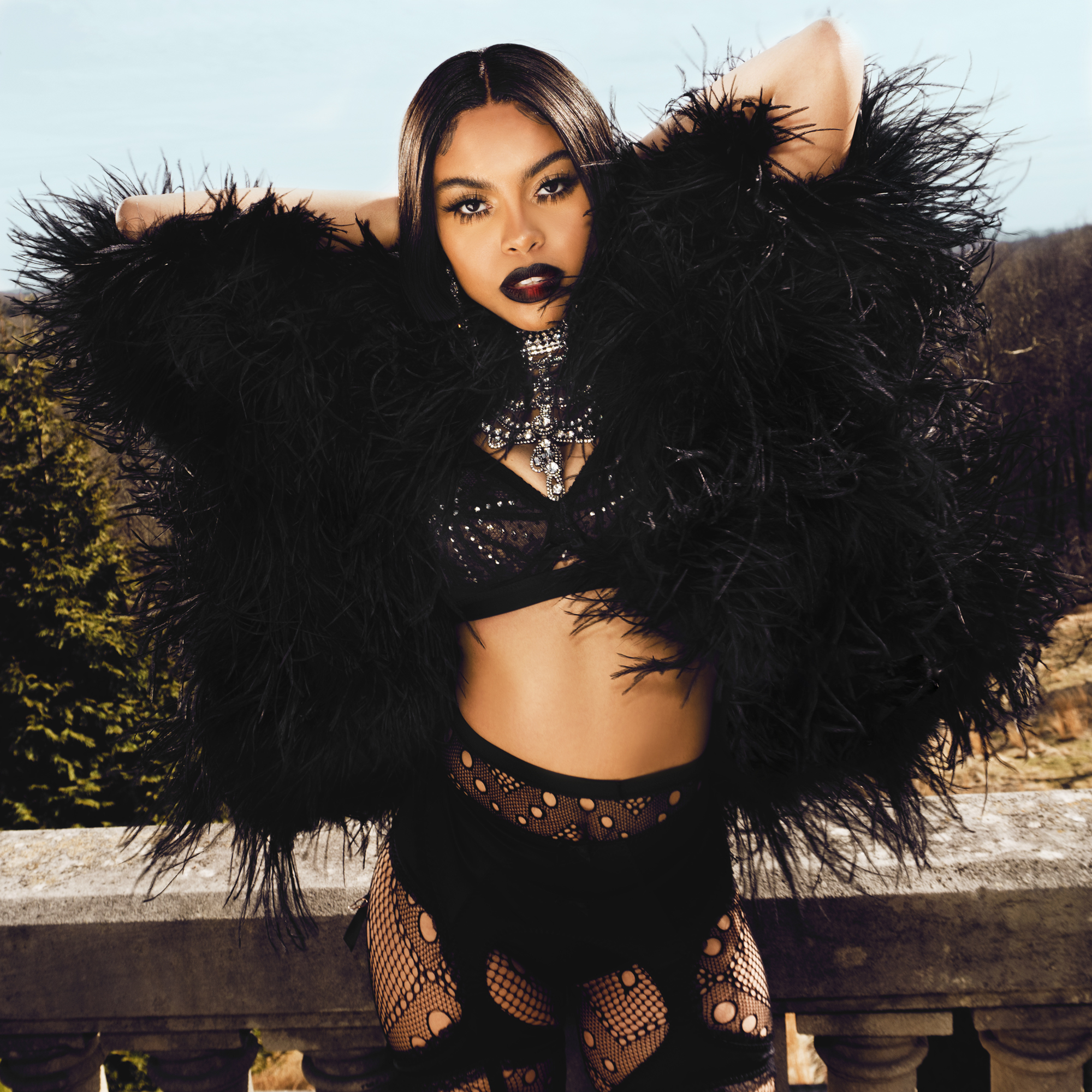 ‘Fashion Bitch’ is full of strong lyrics, mantras reminding females to take care of one another, flexing money and designer clothes.

Mid interview, a pause to count just how many tattoos she has, not for accuracy, but mere curiosity because she forgot. This is Leaf. Brooklyn-based rapper, who, even while isolating and quarantining, is releasing a music video for ‘Fashion Bitch’.

Not only is she a rapper, but she is also a feminist and model and has a lot of insight to share on how she’s become a voice for women all over the world. But the way Leaf speaks, she is wise beyond her years. The state of music is changing, and she’s embracing that by keeping creative and seeing how to shoot videos from her home. Plus, she has her music video for latest single ‘Fashion Bitch’ which premieres today!

For starters, what’s the story behind your stage name ‘Leaf’?

Is there a story about it from your parents? Or just something they thought was cool?

Literally, it was just something my parents wanted. I ask my mom all the time if there’s a story, but there’s not. She’s never really told me anything. It’s just who I identify with, I love my name! My name is actually Mikala but when I went to high school there was another girl in my grade with the same name and I wanted to differentiate myself from that.

In a way, I’m kind of still writing about the same things. I always just wrote about my life and it’s sort of transformed over the years. I started writing in third grade about whatever experiences happened in third grade and then it goes to what you’re experiencing now. This goes for all writers, but I think the number one part of writing is that you have to find it within you. ‘Fashion Bitch’ premieres April 10th and you have so many pre-saves for it! What can we expect from it? And what was the most difficult part of shooting the music video?

Lots of work has gone into this. Lots of work. I’m excited for everyone to see the work. I’ve been posting some stuff on my Instagram, but I want them to see it in action.

I had so much fun shooting this, but the most difficult part was getting into the looks in between shots. The video was shot very fast. So, I had 10-15 minutes to get into completely different looks. A lot of being a performer, or when I perform on stage, it’s always like this. There’s a lot of really fast-paced moments between moments that people get to see. Before I get on stage it’s me getting inside the venue, going backstage, getting the dances together, getting your outfit right then I go on stage when I’m called. It’s not the most difficult part of being an artist, but it’s definitely something people underestimate!

How many looks did you do for the video?

My stylist had maybe 30-35 looks. But we only got to do 7 or 8 looks. We had so many more looks. I was really upset we couldn’t keep them all.

Are you planning on releasing more music during the quarantine? How are you adapting your plans?

I feel very grateful to shoot this video before the quarantine. I also shot another one in that same week. It was very stressful. I was shooting so hard I wasn’t getting much sleep. Now that everything has panned out, I feel grateful for it. I do have more content coming out in the next month or so. A project that will be coming out very… well, actually everything is up in the air right now. Everything has changed but, two videos are ready to be put out for this project and I have my first project recorded right now. I’m also working right now, figuring out how to maybe shoot more videos in the space that I’m in. Hopefully, I’m able to create more content as long as this thing goes, regardless of the circumstances.

You’re a feminist rapper, that’s pretty amazing. What inspired you to become the voice for all these women?

I think I’m very lucky. Growing up in a generation which wants to advocate for women, and that we get the moment in time where women are coming together. Speaking out about circumstances in not only the present but the past. Felt I advocate for myself, and for other women I wanted to advocate for sexuality. Feminism, in general, is very important. Inclusivity is very important. I really hope it doesn’t stop in my generation. Women can be single and happy as well. What inspired M.B.M. ‘Money Before Men’ and ‘Magnetic Bitch Movement’?

It’s still my identity today. I came up with that when I was 16. I decided I wanted a dominant female voice that was about making money and supporting one another. I even have it tattooed on me, cause I’m that crazy.

How many tattoos do you have?

I have… I think five. [Proceeds to count them on herself] yeah, I have five.

Definitely. I follow that mantra for life. Even if I have a husband. He has to know that my happiness and my career is something that I’ve worked for. He has to know that this doesn’t come second. It will never come second. As women, we’re conditioned to think that if you have a husband who wants to be first, you have to put yourself second. Put yourself first. I think you can have everything you want and more. I don’t think you have to give up your career or making money.

You did a campaign for @allwomenproject about body diversity which was featured in Glamour Netherlands and Vogue back in 2016. What changes have you seen since then?

Yes! So many changes and I’m so so happy about it. From where we were before, the modeling industry has changed. We now have models with disabilities, skin pigmentations, all body types, heights. It feels really good to be a woman right now!

How else are you giving a voice to women? How can we help spread this same message?

If you’re a woman who aligns with these views, then you’re already living your best life. I would love to encourage all my females out here; it doesn’t matter what you do. As long as you are happy, and you’re spreading the message that all women can live the way they want to, and be the way they want to, and have bodies and the hair that they want to and feel as though they are supported. That is my biggest message. I just want everyone to know that they have a purpose, and their purpose is to show that women who are like them can be whoever they want!