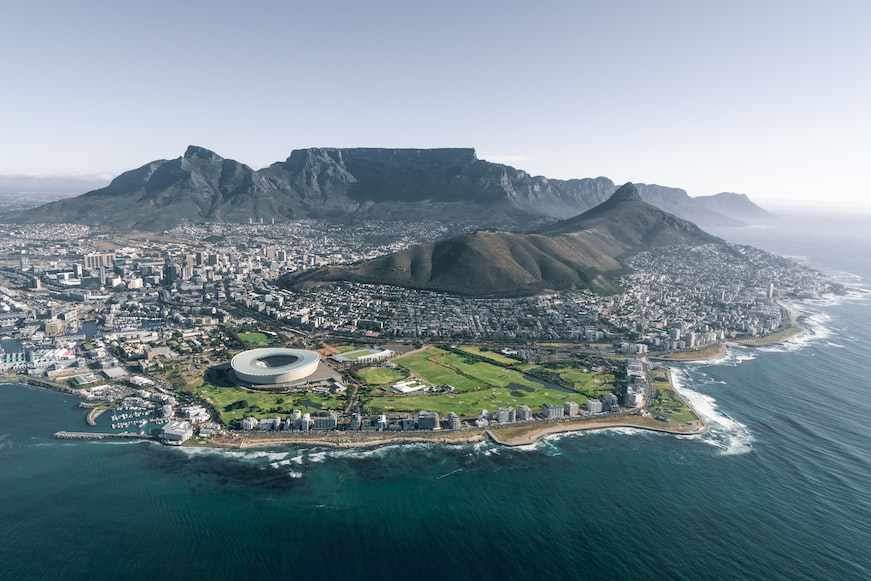 Cape Town in all its glory

There are few countries on Earth that can rival the stunning natural beauty of South Africa.

There’s the warm Indian Ocean, lapping against sandy beaches over on the east of the country. Or how about over on the western side of the Cape Peninsula, where the winding roads that run along the mountainous Chapman’s Peak allow you to look out over the sparkling blue water of the Atlantic Ocean. Not to mention all the varied wildlife that lives amongst its famous national parks, with 297 species of mammals being recorded in the country, and 858 species of birds, and incredibly over 20,000 species of plants.

Yet, what if you want to find a place in this country where you get to relish all the delights of its wondrous scenery, but also get to indulge in the cultural excitement of a city break? You might want to bar hop, eat at tantalising restaurants, or take in some of the local music scene. After all, South Africa is now teeming with talented musicians that are making a mark, not only in their own country, but starting to get recognition over here as well, such as the rapper A-REECE, who’s single ‘Morning Peace’ we positively reviewed recently.

Thankfully for those wanting such a place, South Africa truly delivers, with the majestic Cape Town. It is a buzzing city and seaport, located in the Western Cape province, at the northern part of the Cape Peninsula. It sits on the dazzling shore of Table Bay, and it is also home to the towering Table Mountain, which overlooks parts of the city. It’s both the second largest city in South Africa, with a population of just over four million people, and it’s also the oldest, with it being founded way back in 1652.

The easiest way to get to Cape Town is by flying direct from a number of airports, including London Heathrow and Gatwick, and for those further up north, Manchester. The flight takes just over eleven hours, and some of the airlines that fly there are, British Airways, Virgin Atlantic, and Turkish Airlines. All flights will fly into Cape Town Intl Airport, which is located only eleven miles from the centre of the city.

When it comes to choosing a place to stay, it’s worth noting that Cape Town is a city that is split up into different boroughs, each with their own marvellous personality. There’s the City Bowl, which is home to the oldest residential suburbs located in Cape Town. Or there’s the Atlantic seaboard suburbs which are located along the bottom of the Twelve Apostles, which is a large mountain range that looks out over some of the city’s most popular beaches. 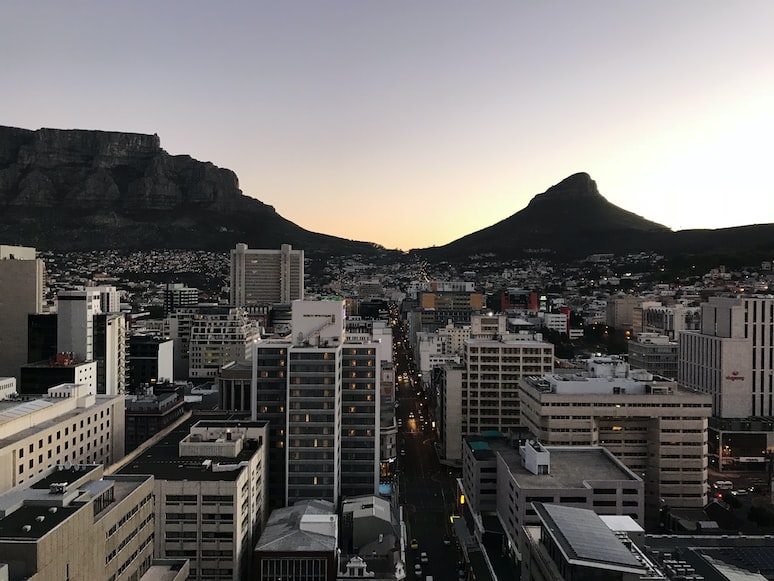 We recommend staying in the city centre though, as this allows you to be in the beating heart of the city. One hotel we think suits the bill perfectly is the Gorgeous George, which is a beautiful old building reconstructed into a wonderfully chic hotel, with a rooftop bar that has stunning views. It’s positioned on St George’s Mall, a pedestrianised area of the centre, that is within easy walking distance to all the surrounding delights. Double rooms begin from £118 a night in low season, and from £303 in high season.

There’s nothing grander than being able to stroll along the restaurants from your hotel, picking one that catches your eye. Then continuing the night by hopping over to drink in some of the bars in the surrounding area and when sleep beckons, just allowing yourself to drift back to your room. Places like Tjing Tjing Rooftop Bar, Chefs Warehouse & Canteen, and Yours Truly, are fantastic places to sink some brilliant beverages, such as local wines, and also chow down on some tasty gastro grub.

If you’re looking for entertainment of the more high roller variety, then just an hour’s drive from Cape Town is The Caledon Casino Hotel, which is a gaming delight to overwhelm the senses. It is set in the picturesque Overberg region, which allows you to enjoy majestic views whilst out on the casino floor. There’s even a spa, so you can wind down in sheer relaxation after an enjoyable day. If you can’t get there though, Casinos.co.za are also here to bring you all the best online casinos, wherever you are. Their team of experts bring you a great list of top-rated online casinos from South Africa that also have excellent VIP loyalty programs.

Once you’ve sampled the cultural delights, one of the things you must do in Cape Town to get your fill of nature, is get to the top of Table Mountain. It’s said that only from up there, looking out, are you able to stare into the soul of the city. The easiest way up is by the cable car that is stationed in the City Bowl, but we’d suggest, if you’ve got the legs for it, to meander up, as you’ll get to witness all the plant life. You can then easily take the cable car back down, smug in the knowledge that you’ve got your steps in for the day.