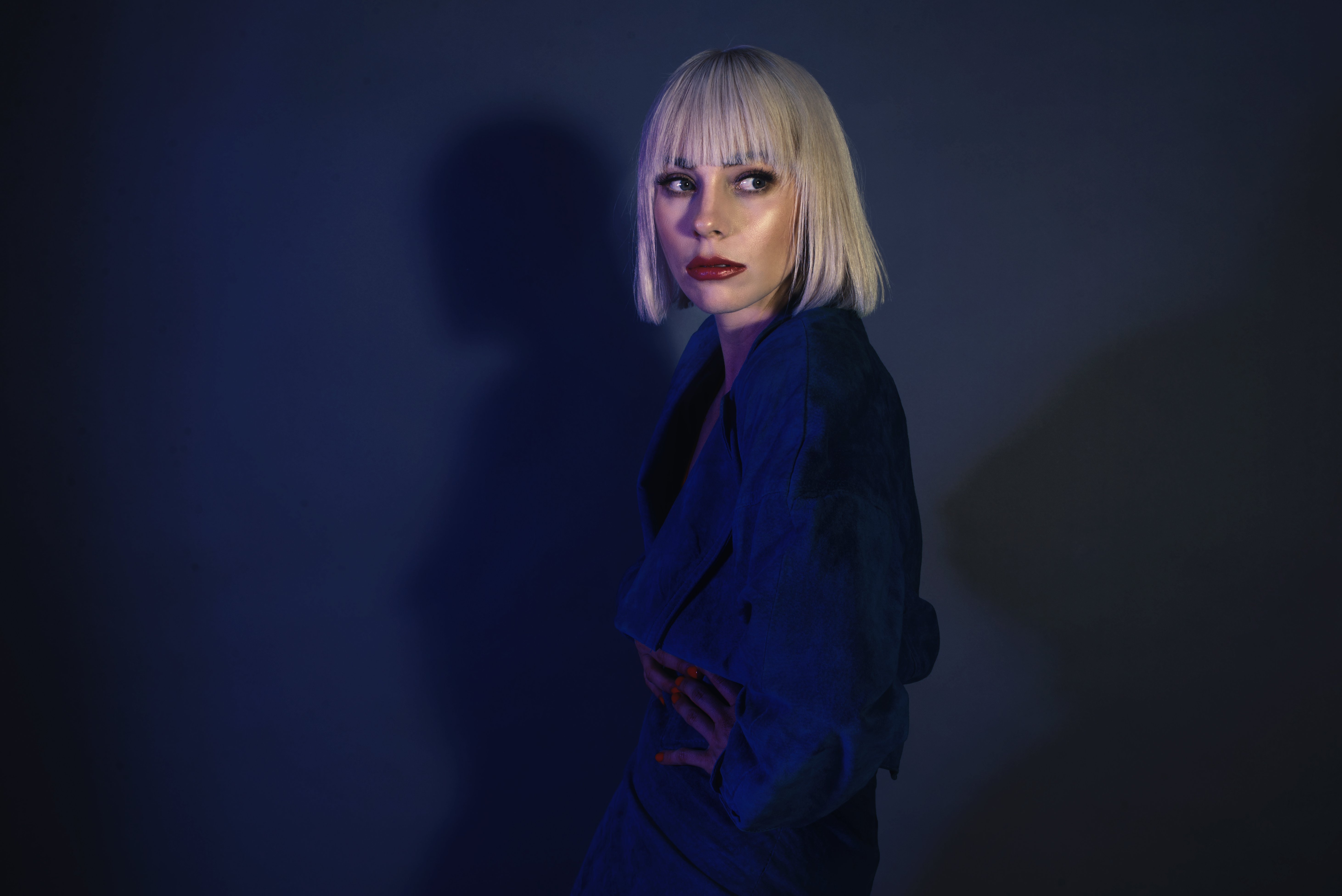 Olympia at The Great escape

A self-confessed obsessive left-field pop diva, Olympia has already gained a huge following in her native Australia. Naturally she was all over the Great Escape, but we managed to catch-up with her for a quick chat.

A self-confessed obsessive left-field pop diva, Olympia has already gained a huge following in her native Australia. Now she is travelling to our side of the planet, bringing her tales of TV show heroes and snippets of stolen conversations to life.

She views touring as one long sleepover, which is just as well, as she won’t be stopping anytime soon. Naturally she was all over the Great Escape, but we managed to catch-up with her for a quick chat. Have you been to Brighton before?

I came the other day and then went back to London – it was a great place, so wonderful. I love London and then Brighton is like an extension of it.

We call it London by the sea…

It’s so much more relaxed and creative. I saw the house with the Beastie Boys album cover painted on it. Have you seen that?  The airplane… not taking things too seriously – I love both sides of that coin.

You are from Melbourne, how are things going for you out there?

We have had an incredible year, we have toured the album twice nationally and Australia is so big geographically, that we are full of hemorrhoids from the airplane, which is a bit of a concern.  It’s been an incredible year and the album ‘Self Talk’ has had some great reviews. The album has been nominated for an Aria and was shortlisted for the Australian Music Prize, which is a bit like the Mercury Prize – critics choose it. What are you up to now?

I’ve started to write the next album. It is kind of like going back to school, playing gigs feels like going on a school excursion, maybe a sleepover one. It is so much fun.

What were you listening to on your way here?

Listening to on the way here, on the way to Brighton? Such a good question, I don’t often offer my phone up for music. Yeah, I feel like you are reading my soul. We played William Onyeabor. ‘My Melody’ by Rakim. I love that Ol’ Dirty Bastard too. All the beats on my album are sort of like that. The Slits as well, so similar to William Onyeabor.

Who would you compare yourself to?

Like when I meet my mum’s friends and they say ‘What do you play?’ and you say you play guitar and you are a lead singer in a band. I like to compare myself to a man as it is so obvious to compare yourself to a woman. It is not quite David Bowie, but I love innovation – like Brian Eno, David Lynch, David Byrne – that’s more aspiration. You have to think bigger than yourself. When I write I cut the music out, because it naturally happens that you sound like someone else – at least try to make it new. What is it like to work with Burke Reid (producer)?

It’s like boyfriends and girlfriends, the producers I work with are so yin and yang and for me the hardest thing is stopping the process, knowing when you have finished and when is enough. He’ll say ‘How about try this?’ and we will try it… we kind of have that respect for each other.

Where do you get your inspiration for your songs?

Reality TV, New Scientist magazine, podcasts, the best ideas are in areas where people talk and are not afraid of being heard, I keep diaries, I write everyday, photocopies and photocopies, I am a studio landlords nightmare!

The best ideas come from riding buses in areas that people talk and aren’t afraid of being overhead.  You know the kind of tumblr of public transport. You know that kind of uninhibited sort of, can you hear yourself you sound fucking ridiculous.

There is an Australian poet called Dorothy Porter…  She does these last lines of her poems that just really rip my heart out and I just try to make the first and last lines feel quite punchy.

The video to ‘Smoke Signals’ is really interesting, what’s that about?

It is quite a sad song and it’s about someone’s internal and unseen chaos.  Of course I am a very high functioning adult, you get that feeling, yeah?! (laughs)

I heard this interview with a guy from a Japanese reality TV show and this guy went into a room and was asked to do this footage. He went into an apartment in Tokyo, it was completely empty with a coffee table and sweepstake magazines. Then they said ‘take off all your clothes and you have to win two million yen worth of sweepstakes to get out of the apartment’ and he had to survive on supplementary prizes of food and clothing.  So for the first two weeks he is starving. Why would you do that?

He was a comedian and hadn’t really got anywhere, he had just auditioned for another show and not got it and he wanted to be famous.  He was in there for a very long time and he eventually won it, he became famous and he was national obsession in Japan.

It is about pushing yourself to that limit, how far do you push yourself?

It is like when you go out to a party and your friend is trying to climb on the roof, or dismantle the smoke alarms, we carry around these worlds and personally each song has a personal take and for me it is like watching friends suffer with this and you can’t touch what is wrong with them, let alone fix it. That is the serious side, but then there is also the fun but dark element, but I don’t know that’s Australian humour. I see that in English culture as well.

Writing is important to you, do you have a favorite lyric?

Uhm, for me the best song I’ve written is ‘Honey’, but it’s not that accessible, “every lover you turn your back on turns up new in someone else’s arms.”

“I don’t want to see who I am in you now.”  You know you run into an ex and it’s a bit weird and you think I can see parts of me in you or I’ve become parts of you. 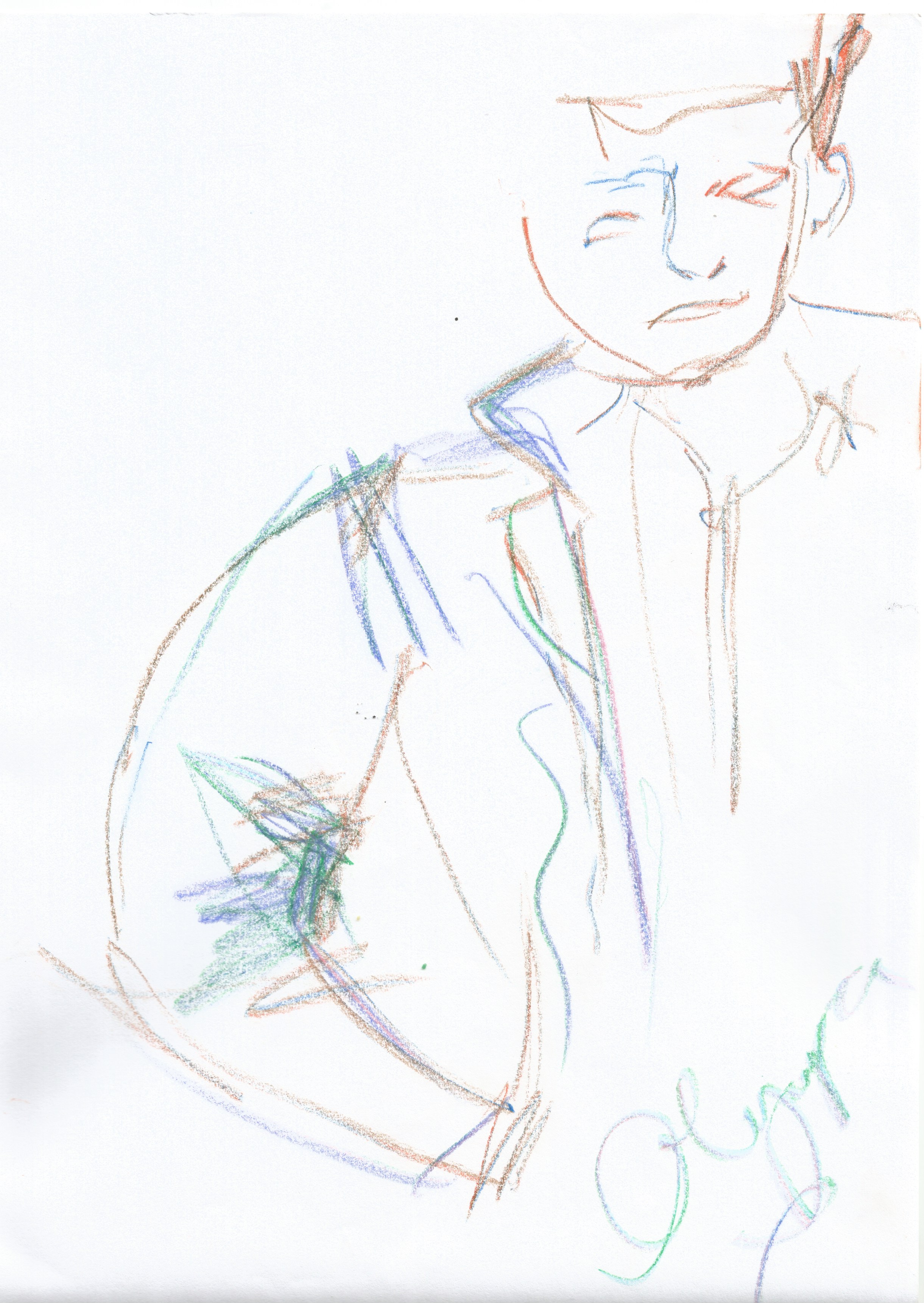 So back on the subject of Olympia, which is your favourite Olympian God?

Ah, that is such a good question, because I am called Olympia after a painting by Monet. I love the woman in that painting, I love how voluptuous she is, because I love sugar and ice cream and she has a bottom like mine, that’s what I always think.  Erm, whose an Olympic god, like Athena – oh Morpheus – the God of change right, he comes into your dreams.

What have you been trying to do sound-wise?

The biggest challenge is that each album will have a different sonic kick, so this one is just pop, but what happened was I had hated synthesisers. I wanted to be a guitar hero and we got access to this studio and we had the earliest synthesisers, you know synths that cost $50,000. I thought this is science kicks, wave forms and it was like a K-hole and I fell into it – there are peoples lives and legacies in these incredible instruments and so I did dive in, I need people to pull me out, but ‘Self Talk’ sonically is a result of having access to all these drums and 808’s and part of that creating and throwing mud at a wall.

Sounds like it was born out of an obsession

Yes, I do get obsessed by things, the challenge will be to take the audience with us when we try something different and that was part of the idea with the name.

What do you have coming up?

After The Great Escape, Liverpool Sound City, I head back to Australia and straight into two tours.  So, I won’t be doing my washing until August.

For the latest on Olympia head to www.olympiamusic.com.au