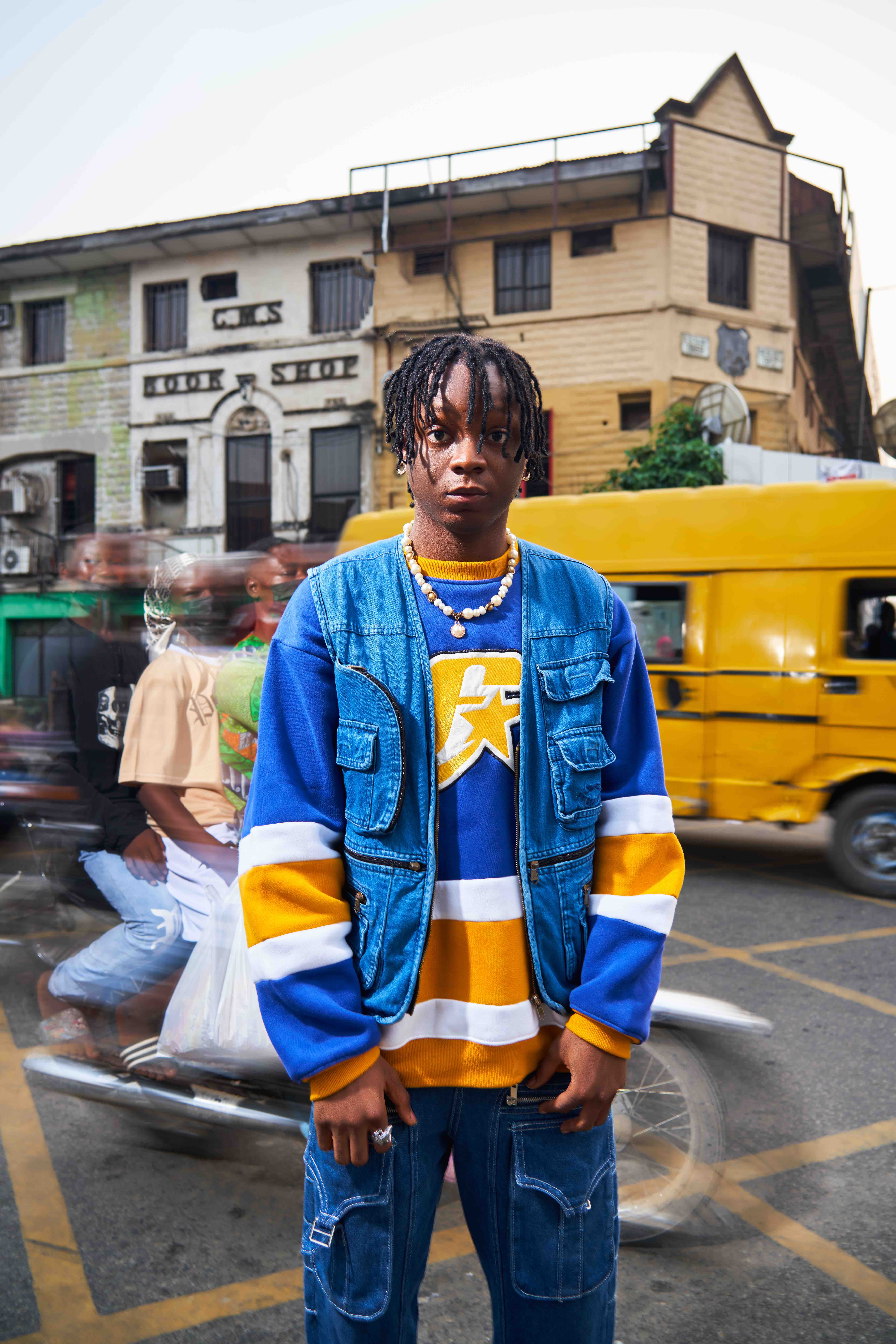 In Transit, and Right on Time

Hot off the high from his ’22 Grammy nomination for his appearance on Wiz Kid’s Made in Lagos, Nigerian Afrobeats artist Terri Akewe is days away from releasing In Transit, his long-awaited sophomore LP. If the lead single Danger is any implication of what’s to come, we’ll be binging on ear candy of soulful synths, irresistible baselines and calypso-infused melodies. Track after track he seamlessly dibs and dabs between English and his native Yoruba dialect, making it clear to us that he grooves to the beat of his own baseline with irrepressible agility.

Terri’s songwriting and performing skills were spotted by Wiz Kid in 2017, and in 2018 he became the first artist to sign with Wiz’s Star Boy Entertainment. Following the record deal, the two collaborated on the certified gold-selling hit single SOCO, which ushered in the release of Terri’s critically acclaimed debut EP Afro Series in 2020. Not only has he garnered 50 million streams, he’s also collaborated with Grammy Award-winning producer Walshy Fire (Major Lazer) and Ghanaian culture icon Smallgod, among others. Just in the middle of an off-the-cuff recording session, Terri breaks from the studio to chat with 1883 about the new album, his newly-evolved approach to music-making, and how he’s been spending his late nights in Lagos. 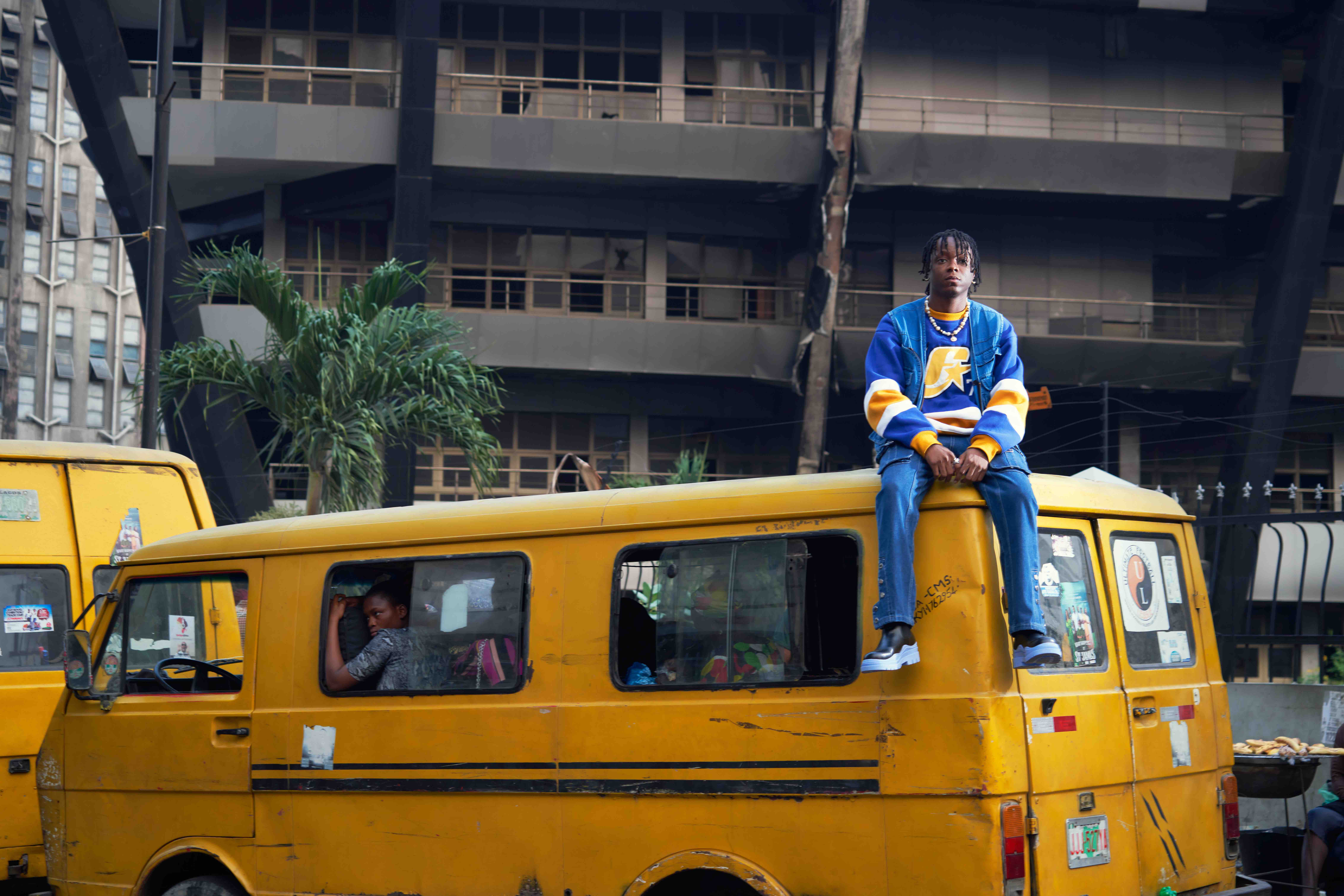 This is an exciting time for you— this week’s Grammy nomination for the work you did with Wiz Kid, the album drop on April 24th, and the new single, Danger. Where are you right now, in the midst of all of this?

I’m based in Lagos, Nigeria…I like your hair by the way.

Thank you, I like yours, too. Are the braids your signature?

I don’t know if it’s my signature, but I like to style it this way.

So you were the first artist signed by Wiz Kid to the Star Boy label. How did that come about?

I was just a regular kid min Lagos, Nigeria, making music. It was two years after I got out of high school, and I was trying to get into Uni, and I had to stay home a lot times, so I had a lot of time to do my music. I was just recording a lot of songs at the time, and I made an Instagram video and I tagged Legendary Beats and everyone that was close to Wiz Kid at that time.

That’s a cool success story. You’re based in Lagos, and I know every country has varying covid restrictions. Have you been able to perform, or tour in this time?

The restrictions in Nigeria are down a bit from the end of last year, till now. And recently the government announced that there are no more restrictions on gatherings and events, so for now on, we’re going to have full blown events. Before now, we had limited capacity, but now we’re free to do whatever.

So were you doing any performing when the restrictions were in effect?

Yeah, so I did a lot of performances in December, because in Lagos, December is the time for a lot of festivals and shows and every day there are a lot of shows. I was also at the Wiz Kid concert in Lagos, and that had the biggest population [concert attendance] in Lagos. That was amazing. And a couple of ones [shows] outside of Lagos, as well— Abuja, Calabar, etc.

Compliments to you on that, and on the success of your latest single Danger. The song has a smooth baseline, and the video has a wholesome, throwback-love feel to it. How involved were you in the concept?

Well, first of all the director is my friend [The Alien], so we have a good relationship…it was easy for him to understand where I was in my head, and it was easy for me to explain to him what I wanted to do. And it was simple— I just wanted it to feel really romantic and cozy and actually have that feel to it…It was awesome, and a great experience.

I notice the song has an easy reggae— almost calypso flow. What were your influences in doing the Danger track?

Basically, I listen to a lot of music snd everything that I hear ends up influencing everything that I do when I’m in the studio. When I’m in the studio, sometimes I make the music off the top of my head— like, I’ll start with the producer making the beat, and sometimes the producer plays the beat and I have to relate the lyrics to what the beat feels like, or what the beat is saying musically…For Danger, the producer played the beat and everything [feeling] that I could relate to when I heard the beat, is what I tried to put on the song.

Job well done. What would you say has been your greatest influence in the vein of writing and producing in this upcoming album that’s about to drop?

This album is a compilation of songs that I’ve been working on for a year and a half, and that period was really a time of reflection and growth for me, musically. There’s been a lot of new sounds as well, because Afrobeats is one feeling, but every other year—or quarterly— there’s a different type of style [in sound]. So I just try to stay tuned in with whatever is going on, and then I put myself and where I am into it. Danger was the last song recorded on the album; I recorded that about four months ago. And the oldest song is two years old…I learned a lot—I’ve been in the studio with a lot of great people, and have experienced a lot of music-making processes that have definitely added to my approach.

With Afrobeats being an up-to-the-moment evolving genre, and the album being written within a two year period, would you say that listeners can hear some of the changes or recent evolutions within Afrobeats on your album?

Something like that, but more specific to my sound. Afrobeats is a whole genre, but I’m speaking specifically to my sound— like from my last project till now. You can see the evolution of sounds from my writing and my approach to music now. 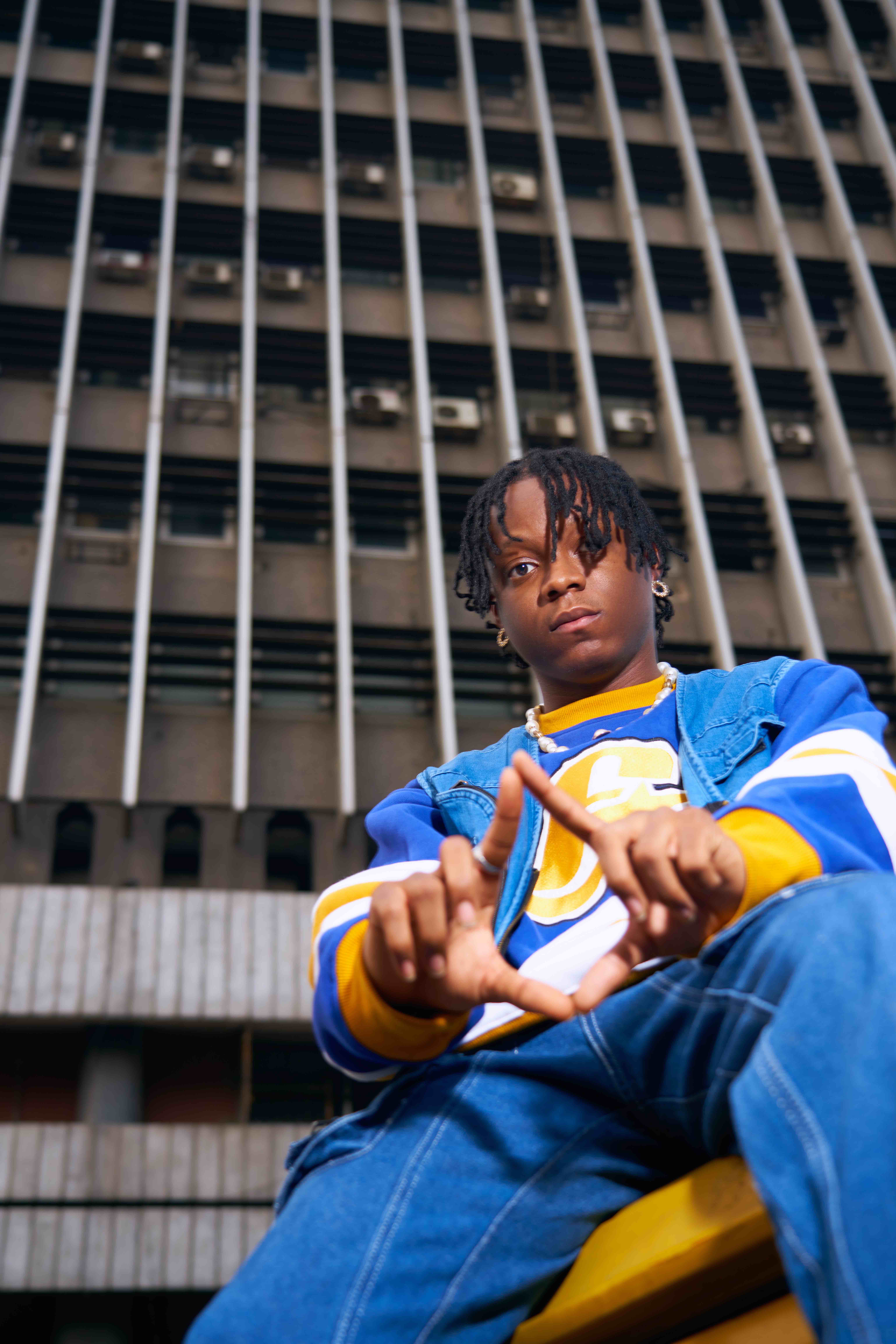 How would you say that your approach to music now had evolved from what it was on the first album?

Right now, I’m more focused on energy, whereas before I would just try to come up with melodies in my head. I’ve come to the realization that music is energy, so when I listen to the beat, I’m trying to think of the right mood, the right words, and the putting the energy that this gives me—this feeling— into the right words. On the first album I was just young and excited and wanted to go into the studio and do any type of song. Now, I take my time more on the music, and focus on the energy.

You collaborated with Wiz Kid on the Grammy-nominated album, Made in Lagos, and you’re his protege. Do you feel any extra weight of pressure when you go into the studio to perform with such a celebrated artist as Wiz Kid?

In the initial moment, yes. But when we start to make music, the pressure eases down. Like, let’s say it’s in your thoughts, “Wow! I’m going into the studio with one of the greats to ever do it”, it puts your mind in a bit of unease. But when the music process starts, you don’t feel any pressure because it’s just the music and the energy. And the energy in the room is important when you make music, so I always try to connect to it, even if I feel pressure. When we made the song [Roma] on Made In Lagos, it was a long studio day and we had made a lot of songs, and I think that was the last song that we made on that day. Wiz was about to leave the country, and he left a little bit [of the song] for me to finish and I worked on it here, and sent it back to him in London. And when he came back, we finalized it and it turned out to be amazing.

Is there a dream collaboration that you haven’t done yet?

I’d love to see that happen.

That’s definitely going to happen sometime in the future.

Speaking of other artists, what was the last song or album that you downloaded?

I know Lagos has a bustling nightlife, so, random question: what’d you do last night? It’s okay if you stayed home, no pressure. [Laughter].

[Laughter]. I stayed home and had friends over. We had some food, drinks, good times. And this morning we had great energy in the studio.

Oh, you’re in the studio today? For what project are you recording?…Since it’s not going to be on your upcoming album, right?

Every time I get the chance to make a record, or feel like making a record, I go to the studio. I don’t have to have a plan for it yet, but something always comes up for it.

Are you a Capricorn? They’re always on the go at work.

Are there any touring plans, or upcoming in the future that we should stay tuned for?

Yes, I’ll be headlining my first concert in Lagos. And I’ll be doing shows outside of Africa— in London, sometime towards the end of the year.

In Transit is out now, follow Terri via @starboyterri