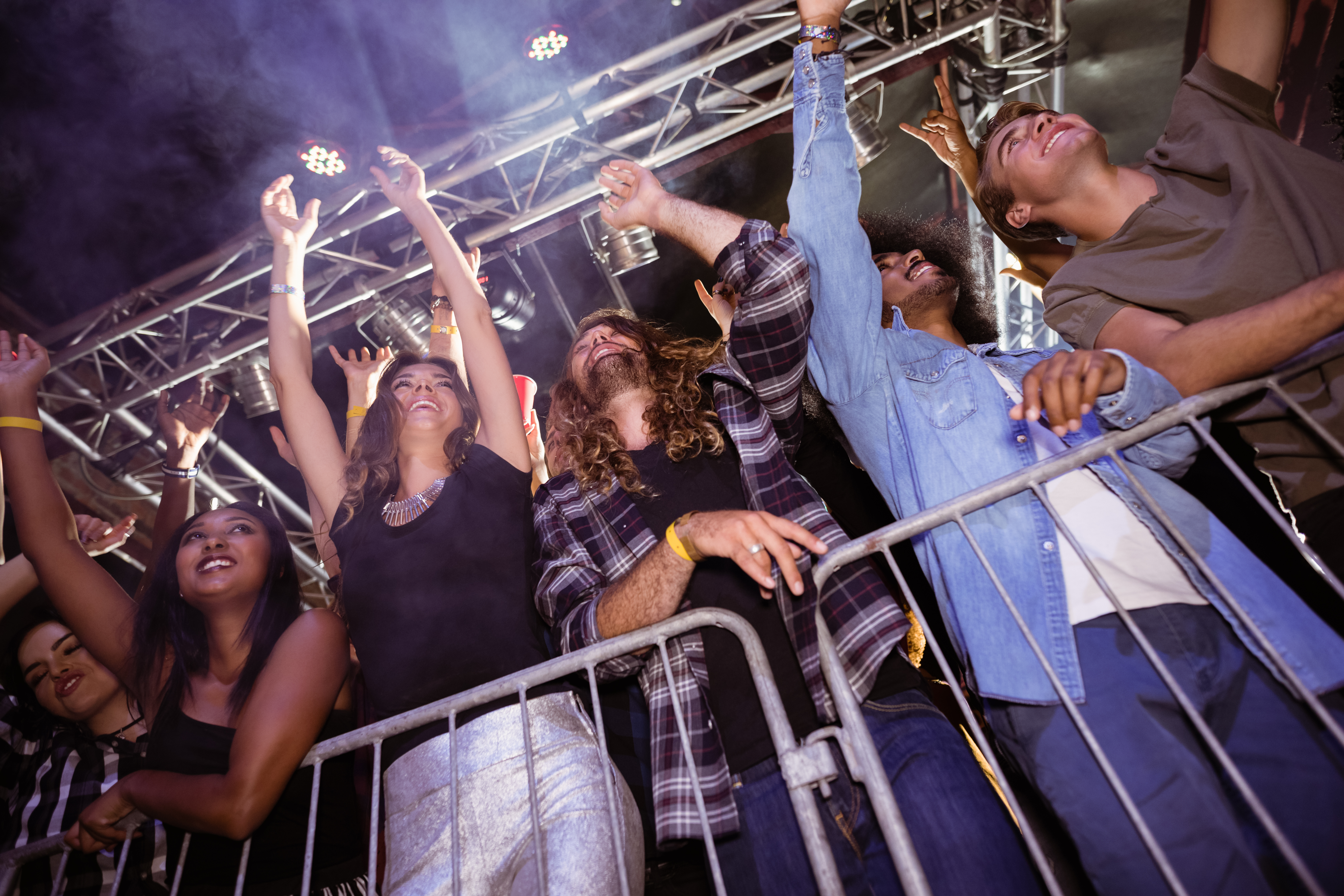 Why Creating Safe Spaces At Gigs Is Important

When I was in Chicago a few weeks ago to see Julia Michaels, the atmosphere felt different than other gigs. As a few crew members began setting up for Michaels, a large poster was unveiled in the middle of the stage. It read “Judgement Free Zone” and listed things Julia encourages at her shows: singing, dancing, jumping, feeling, laughing.

After a brief pause to read, the audience immediately cheered and it felt like walls were crumbling down. I heard a girl in front of me lean over to her girlfriend and say“this is why I love her—she creates such a safe space!”

Creating a safe environment for fans has rightfully become the job of the artist. The term safe space was first defined in 1970 as “a place intended to be free of bias, conflict, criticism, or potentially threatening actions, ideas, or conversations.” For fans, it’s used as a way to describe how they feel they interact with their favourite musicians’ work; anything from the lyrics they write, the tweets they send, or the gig atmosphere can all feel like a safe space for fans to retreat to when reality is too much.

For me, I find solace in the lyrics and how a songwriters’ ability can capture my own feelings and bring me into a safe space where I don’t feel alone. There have been many late nights where I’ve listened to Julia’s Nervous System on repeat listening to her lyrics that seem to explain my own experiences, struggles, and heartbreak. She makes you feel like it’s okay to be a bit messy with your life sometimes. Rather than choosing to stay silent about her ‘Issues’ she would rather open herself so others can know they aren’t alone. Multiple times throughout the show she reminded the audience that her gigs are a safe space, going so far as to get the audience to chant “This is our safe space” with her. It’s in those moments when listening to her songs playing through a speaker or seeing her live where fans find their safe space.

How can artists help their fans feel safe while at gigs? It can be done in a more abrupt approach, like Dave Grohl kicking out a bully for fighting others at his gig or like punk singer Frank Carter, a punk singer who sets aside a song where only women and non-binary individuals can crowdsurf with no male interference. When speaking with Dork, Carter explains how he wants to be proactive with his safe spaces by setting the standard immediately: if you don’t respect women and non-binary individuals, you aren’t welcome. He is aware of the responsibility he has every time he steps on-stage to make the gig experience as safe as possible. Carter is aware cis men can typically crowd surf without fear, so his aim is to wake them up to issues they might be ignorant to for their gig attendees.

In keeping with his motto of Treat People With Kindness Harry Styles uses an approach that is less but just as effective to ensure his fans feel supported by him. The first time I saw a beaming Styles travel around a stage with a pride flag in his hands was in 2015; by waving it proudly as he sang, he was letting the crowd of 70,000 know this was a safe space. A few years later on his solo tour in Singapore, a place where same-sex activity is illegal and LGBTQ+ relationships are not recognized under the law, Styles was told by security not to have any flag relating to the LGBTQ+ community. Despite this warning, he brought out his own pride flag as a rebellious sign of solidarity with any member of the LGBTQ+ community, but especially those who were in the venue that evening. By going out of his way to show his support, he’s telling each fan I support you, I’m with you, I’m in your corner. Not only is Styles creating an environment in which his fans feel free to be who they are, it also gives his fans the comfort in knowing he supports them even after they walk out the venue and back into their own reality.

In an effort to make fans feel more safe, artists are implement new gig ideas with the fans in mind. LiveLive, a new initiative by musician Lewis Capaldi, aims to support fans at his gigs who suffer from anxiety and panic attacks. This new endeavour is long overdue: more than 70% of young people feel that anxiety and depression are major issues with their friends and that number is still rising. Capaldi is clearly aware of this and responding to a growing need for safe spaces that help fans who might be apprehensive about going to gigs because of their anxiety. Fans of Capaldi, like Emily Linka, feel like this initiative could go even further and help autistic people as well. By having this extra support in the form of gig buddies, quiet rooms, qualified support officers, and designated help points throughout the venue, this will alleviate some of the stress that occurs with going to a gig. Accessibility is something many venues still fail at, but Capaldi is trying to ensure those with specific needs or struggles will have some comfort in knowing they will be supported when they attend. When gigs become more and more accessible for everyone—not just those who are able-bodied—they can become a safe space.

Thank you for your love and support!!! Please help us keep an open dialogue on fighting prejudice and #ableism at shows. Xoxo Lizzo— |L I Z Z O| (@lizzo) June 17, 2017

Lizzo, an American hip-hop and pop singer, has been increasingly vocal about safe spaces and how “any Lizzo concert is a safe space.” In 2017, Lizzo sent a thread of tweets discussing how she was responding to a member of audience who was mistreated at one of her gigs. “I wanted to share publicly that we are learning how to better ensure that a Lizzo concert experience leaves everyone feeling safe and happy,” Lizzo tweeted. To ease the mind of her fans, she encouraged everyone to continue to have an open dialogue with her to help continue “fighting prejudice and ableism at shows.” Further, in an interview with The Gentlewoman, Lizzo explains how she’s creating music that allows her “to be publicly vulnerable […] it’s a safe space I want people to be able to come into and relate to.” Lizzo knows black women are not afforded the same amount of space white women get to be vulnerable. By being open about her experiences, Lizzo is inviting everyone to step inside the space she’s created and share with one another in hopes we all can relate. She’s saying it’s okay for her to be who she is and encourages her followers to do the same.

Some naysayers may say artists have become too soft, too political, or too pandering. Others may question the importance of artists going out of their way to make fans feel safe. But for me and so many others, music is our own special language; it’s how we make sense of our own minds and where we go to seek comfort in shared experiences. By making gigs more inclusive and accessible, more fans will be able to feel comfortable and free with who they are just by stepping into that safe space.