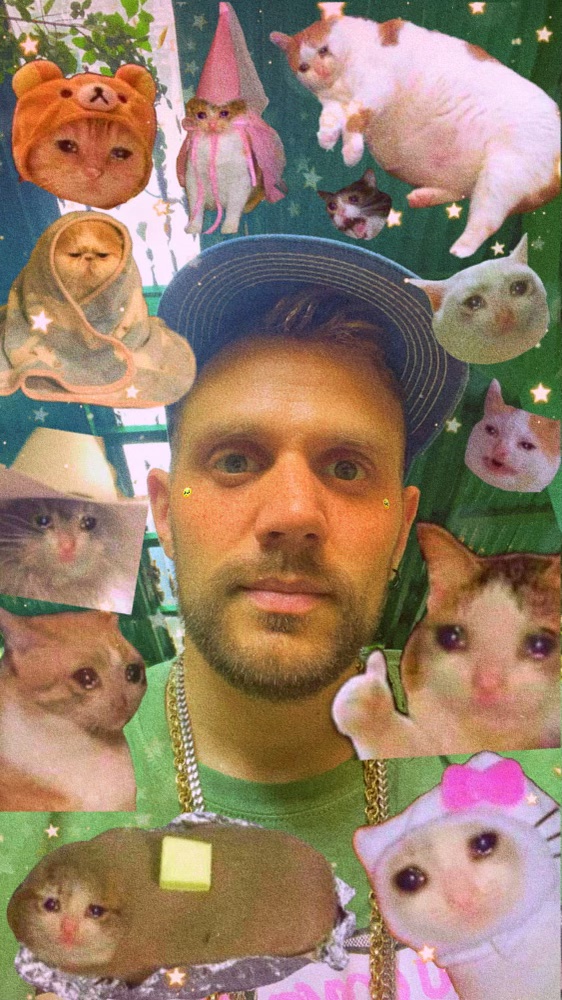 Dutch musician and visual artist Young & Sick – aka Nick van Hofwegen – new album BROTHER leads listeners through everything from the fear of separation to the joy of reunion, the personal themes rooted in sonic versatility.

Written and recorded in the self-imposed isolation of a Vermont cabin with Young & Sick’s bandmate and longtime music director Luke Woods, the album which explores the transiency of life was born out of transiency of life.

With healing and catharsis as its pillars, this album represents a sonic evolution that sees Young & Sick give his music the freedom to breathe and bloom as he weaves an enchanting journey where impressionist-era orchestration meets modern psychedelia. Having found himself a trailblazer in the increasingly popular audio/visual NFT space with his debut NFT project The-Last/Supper.NFT, he takes his evolution beyond music also dropping one to accompany the release of his album.

In conversation with 1883, the artist showcases his charm and eccentricities in equal amounts delving into themes of healing, why he chose to record in isolation, the highlight of working on the album and more. BROTHER is described as exploring the transience of life and working towards healing. What was the journey of working on this album and how do you believe it has led to healing for you?

Time and inscrutable biological mechanisms are how one heals (if one can be healed) We have control over neither, so in that respect this whole thing amounts to a big ol’ thumb twiddle.

Why did you choose to write and record this album in self-imposed isolation? How did the help your creative process?

It’s good to vacate. Such a lovely way to let go.

In terms of your sound, how would you say you have evolved? Where do you see your sound going from here?

A little more comfortable with giving sounds and motifs the space to breathe, a little less concerned with empty gesture and needless complication. But don’t mistake this as us ‘learning a lesson’ or anything. Most likely we found the extra effort draining, or boring, or both.

If listeners could take away one message from your music, what would you want that to be?

You’ve become very involved in the NFT space. What has drawn you to it and what’s next for you in terms of NFT’s?

It’s been great being able to say no to revamping the scientology logo, turning the Nike swoosh to the other side and coming up with a color palette for the 3042 Olympics because I’m too busy making cyber art for future squads.

You recently debuted a new NFT project entitled The-Last/Supper.NFT. What can you tell me about it?

Nick drew some apes and whatnot. They seem to be popular.

The album balances feelings of joy and fear equally, what was the highlight of working on this album for you?

The decision to make Dinner Party a contiguous, unbroken thought ( aka doing a ‘Lydia Davis’) really blew the whole album open for us- we laughed for a good four or five hours over the construction of “Throw yourself- * shitty trumpet solo*- out the window”

What is your personal favourite track from the album and why?

We love them all equally, and could never choose a favorite amongst our pride of half-formed and mewling whelps.

What’s been the most memorable moment of your career so far? What’s on your bucket list?

The catering at Osheaga. Not leaving Luke under that table in Mexico City or Nick on the baggage carousel in Berlin. As for ‘bucket-list’, we want to play a steamboat tour of the Mississippi River so, you know, get someone to arrange that for us?

Finally,what’s one question no one asks you in an interview you wish you were asked?

Why don’t you guys ever talk about Steve Bryant? He is clearly the most talented person in this band by like, a factor of forty. Or just, like you know, ask a question about what it’s like when his gorgeous flecked-amber eyes lock your gaze (the answer: you melt like a chocolate bar that a child has hidden in their pocket for a later date.)

BROTHER is out now, follow via @youngandsick and check out Young & Sick’s NFT project The-Last/Supper.NFT via OpenSea