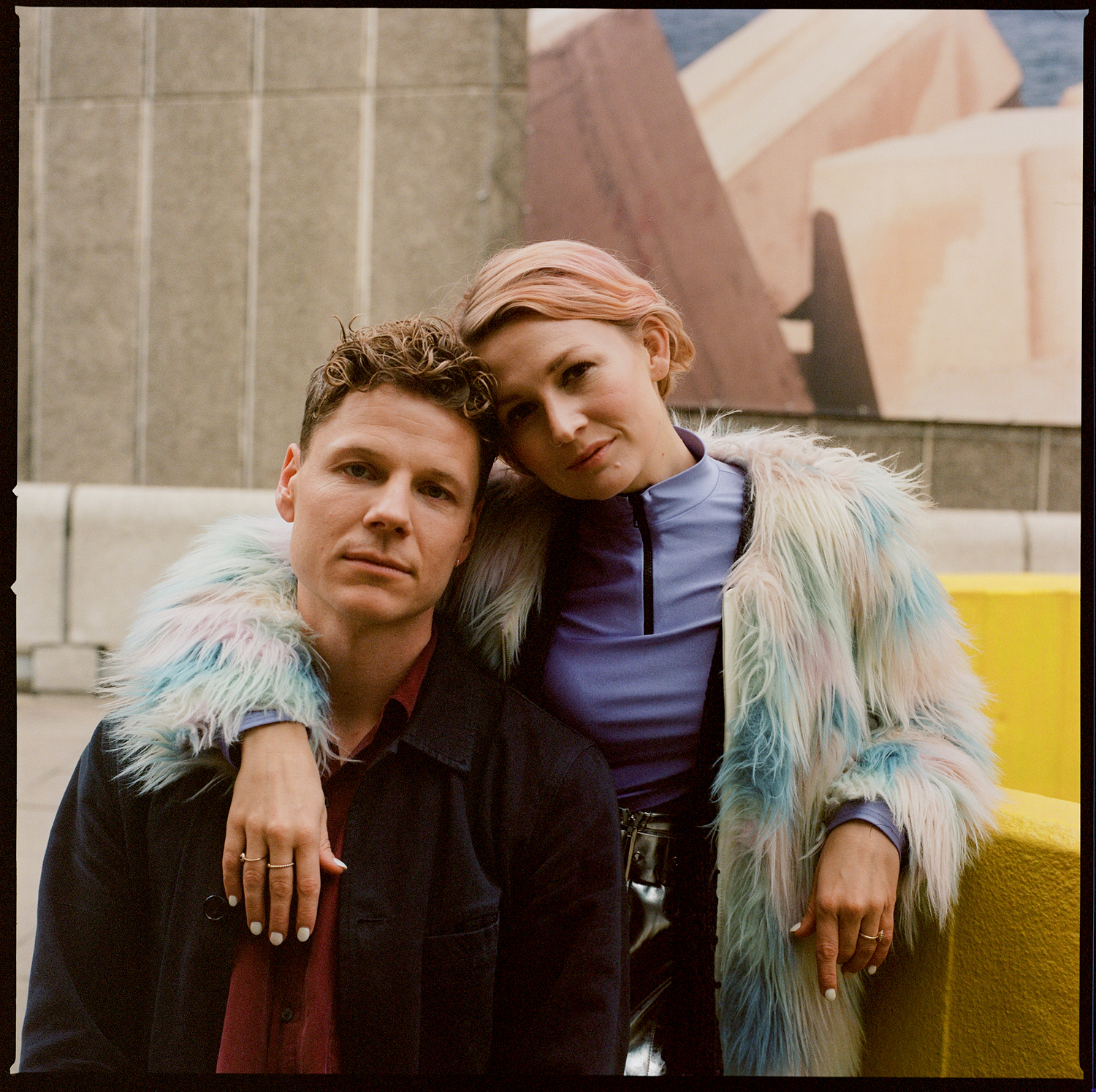 Danish pop megastars — and arguably the true pioneers of modern pop — Alphabeat have made a triumphant return after a 6-year hiatus.

Since their departure back in ‘14, the world of music has changed considerably — and attempting to navigate the new terrain can be tricky, even for the most established of artists. Though with the rules changed, it seems like some time away has treated Alphabeat — as well as the music world — some pure, sonic goodness. Their new album aptly titled, Don’t Know What’s Cool Anymore, welcomes the band back fiercer, and best of all, ready for anything.

Finding time during a field day’s worth of promo within London, Anders SG and Stine from the band chatted to 1883 about what it’s like to come back from a hiatus, their new album, and a couple of daydreams on those wonderful Fascination days. I guess I should probably start off by saying, Welcome back! We’ve missed you.

What was it like creating your third album in a landscape of pop that’s now so different to when you guys first debuted?

Stine:  Yeah, well we did our best to ignore that for a while. When we were making the album, we decided that it wouldn’t make sense for us to copy any trends or look to what was popular on streaming platforms or anything like that. We’ve always done our own thing and stayed true to ourselves. We really tried to talk a lot about what we’re good at and what our strengths are and our core, and just to go back to like writing songs on the guitar and making the songs. The melody and lyrics are there before we even think about production.

You can really notice that there’s a breadth of different styles, but it’s undoubtedly Alphabeat.

Where did the name of the album come from?

Anders SG:  We made the song ‘I Don’t Know What’s Cool Anymore’ and we knew this had to be the name of the album. And it’s kind of always been like this. We’ve never really known what’s cool, we just did what felt right in the band. Any time anyone in the band started to doubt what we were doing, we’d just turn to each other and stick to the plan and not look too much at other bands and what they’re doing.

I love that kind of self-assurance. We’re getting a lot more of these artists that aren’t afraid to go out there and make music for themselves rather than for other people, and I get that sense from you guys as well. You don’t give a shit, I guess?

Stine:  That’s one of the great things about being in a band. We are six people who can reassure each other that we’re on the right track. Being away for six years and then coming back with a new album, were you guys trying to make a statement at all with this album or trying to tell some new stories?

Stine:  I don’t think we were trying to make a statement with the album. We feel like we’ve grown since the last time and have really taken a bigger leap with the lyrics, and it feels more personal as they’re each a story that we’ve experienced either on our own or all together. And we’ve never really done that before, so it felt really good!

Do you think you’ve grown or developed in other ways within the 6-year gap?

Anders SG:  I think we definitely have. We started this band when we were really young and have experienced so many different things since then. Things got crazy and we started playing to bigger crowds and we didn’t appreciate it that much the first time around, but I think this break has really made us appreciate it a lot now again. We went back to London this summer and played a small gig to three-hundred people and honestly, it was one of the biggest experiences and emotional experiences I’ve had with this band. Every gig we play now, we play it like it’s the last night and with such a huge amount of energy.

Stine:  We’ve all had time to figure out who we really are apart from just being an Alphabeat member because, for a time, everything in our lives revolved around Alphabeat. And I think it was quite healthy for all of us to take a little break from that and figure out who we each are. So now we have six individuals who are much more you know, confident about who they are which actually makes the band even stronger. Was it tricky coming from that solo space of mind and coming back to working collaboratively, or was it more as if you’ve never been apart?

Stine:  For me, it was like a breath of air. I’ve been spending five years figuring everything out on my own which has been really healthy for me. I’ve grown so much, but it’s such a relief to be back in the band where we have people who can discuss everything together. So it was actually really easy for me to get back into the studio and have both Anders to write songs with.

Anders SG:  I guess it was easy for me and Stine because we didn’t leave the music business. Some of the other guys went off and had normal day jobs and started their own businesses, so it was a little bit more difficult for them to make the transition back.

Any major influences/inspirations for this album?

Anders SG:  We’d always play each other different kinds of music when we were in the studio that we thought would be liked. To name a few, the Kacey Musgraves album, the new Miley Cyrus stuff, and a lot of the new Harry Styles stuff as well. Mostly organic popular stuff and a bit of country! Music that had songwriting at the heart, which was most important to us.

Is there anyone you really wanted to work with?

Stine:  We were very focused on, you know, having the six of us and everyone feeling like an important part of the band, and so were very, very band focused, to begin with, but we also knew that it would be helpful to get a guy and produce some of the songs so it wasn’t just up to Anders B and Anders SG.

Anders SG:  We worked with a guy called Emil Falk who made this huge record in the last couple of years, and that worked really well. So we’d love to do that again in the future. Oh, and if Mark Ronson is reading this, please give us a call! We could make something really special! ‘Fascination’ was absolutely huge in the UK back in 2008. I mean, it was everywhere and people loved it. Do you look back fondly on those times and how well the song was received?

Stine:  Oh definitely! We have a huge love for ‘Fascination’. It’s the song that started everything for us and gave us a chance to come to the UK, to play gigs to loads of people, and to really build a career outside of Denmark. So, I still love that song and I still remember that time as being a really great time in my life. Everything was so fun and new. And that’s the kind of the energy that we’re coming back from at the moment.

You can definitely sense that energy in the new album where you’re tapping into when ‘Fascination’ was everywhere. I mean, I was fifteen or sixteen at the time and I was like, ‘Oh my god, nothing like this really existed like this’. At the time, everything was so guitar-driven or artists thought they were so cool, and nothing was ever as fun as ‘Fascination!’

Anders SG:  That was difficult for us because, in Denmark, everyone played guitar or played indie rock. It was difficult being a band like us, playing the music that we did. We really had to believe in ourselves and keep sticking to the plan. There weren’t many bands that we could look at and say we had something similar to, so we worked hard to create some kind of new movement. I saw on Twitter that your UK tour in April is almost sold out! How does it feel to have gone away for six years, yet still come back and your UK fans are still around?

Stine:  Yeah, we are so grateful and so happy, like we’ve got so many butterflies in our stomachs. We didn’t know what to expect, honestly. We were just hoping that making the kind of music that felt right for us would be enough for people to you know, want to join us again. And it feels like it is.

Anders SG:  It was a great experience playing in London last time and it feels like a second home because we lived there for so many years. After the last show, the band went out into the audience and just started talking to them. We heard stories like yours, of people growing up with the band, who have seen us so many times and are now getting married and having kids which for us is just amazing to hear.

Anything else fun lined up for 2020 and beyond?

Anders SG:  [Laughs] We can’t talk about anything just yet.

Stine:  We’d love to come back and play some UK festivals, but we’ll see! We’re just living in the present right now and we have no idea if Alphabeat will be a thing beyond 2010 — so if you want to come see us, you better do it now! 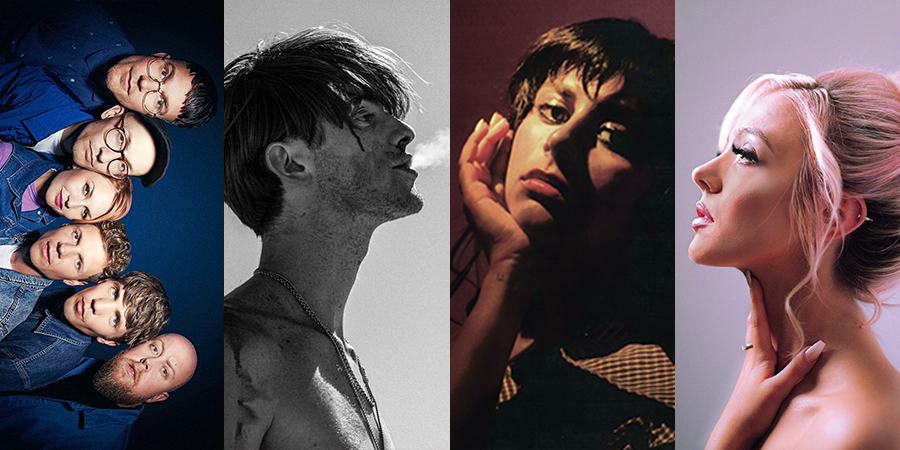 Check out new tracks from Greyson Chance, WENS, Ella Henderson and more in this week's 1883 playlist! This week's playlist gives you the best tracks we've discovered and loved this week. We're still obsessed with 'Adore You' by CANDID star Maisie