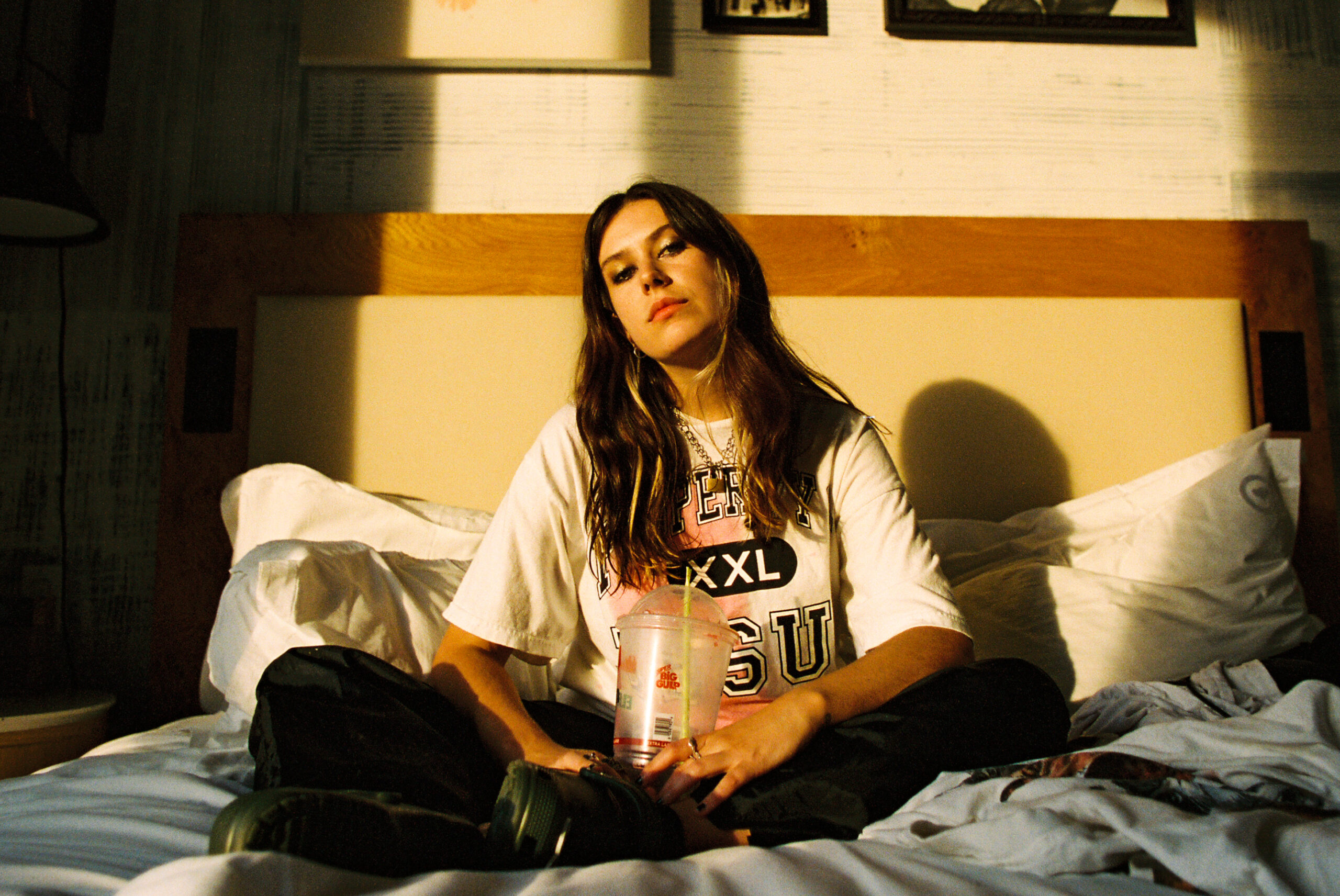 LA-based artist CARR sticks a middle finger up to past toxic relationships on the pop-punk anthem, Loser.

Carly McClellan AKA CARR is a singer-songwriter that crafts fun, relatable, and witty tracks. Raised on artists like Avril Lavigne and The All-American Reject, CARR’s sound distills the best aspects of alt-pop, indie-rock and pop-punk, whilst lyrically she traverses the perils of modern dating and growing up. Now, the rising artist is back with new single Loser which is taken from her forthcoming debut EP.

In discussion with 1883 Magazine CARR told us all about the origin of her name, the new single and her trip to London. Hey CARR, thanks for chatting with us. Can you please tell us about your new single, Loser?  What inspired you to write the song?

Loser was a song inspired by this guy I was seeing for a bit that really sucked. I would constantly catch him in these really dumb lies and he was overall just a super insecure waste of my time. Me and my two guy friends who made the song were really just drinking and laughing and talking shit on men for hours. It was honestly so much fun and all jokes and then when the song was finished we were like wait how the hell did we do this, this is actually a good song.

You’ve also just dropped the accompanying horror-inspired visuals for the single, how did the video shoot go? Hopefully no one thought you were actually covered in blood when you filmed the outside shots in the streets of New York!

The Loser film shoot was so fun. I love horror movies and I love acting so I was thriving haha. Everyone was staring for sure and parents were re-directing their kids away from me. One guy came up and asked for a pic at some point too, it was so funny

For anyone who might not know, can you tell us why you picked the moniker CARR?

I wish this was more exciting but my real name is Carly. Growing up my parents and close friends all called me Car. I went back and forth on choosing an artist name and my friend Graham was like go with CARR, it will look cool on tshirts. So I was sold from there.

Loser is taken from your forthcoming debut EP. Is there anything you can share with us about the project?

I think visually, lyrically and sonically this ep is 100% who I am and I can’t wait for people to hear it.

Alongside music, you’re really into film. Got any film recommendations for us?

I think a lot of my visuals are inspired by Wong Kar wai. So probably Fallen Angels.

How would you say living in LA has impacted your music career so far? It seems like LA is the American equivalent of London when it comes to ‘the place to be’ for music.

I mean the men here have influenced my entire career. I honestly don’t know if I would even be making music if I didn’t get dumped out of the blue by my boyfriend in 2019. So thank you to him.

Our readers need to know about your pet dog, Zeppelin, he’s so adorable!

Zeppy!! Thank you! He’s my whole world. He’s so awkward and happy and the best ever. I love him more than life.

You spent some time in London back in 2019, how did you find it and what did you get up to? Did you notice any funny culture differences when you were over here?

Oh my god I love London so much. It’s honestly one of my favorite places, I can’t wait to go back. I might be the only one that prefers London weather to LA weather, but the gloominess of London really gets me. I was surprised as to how much the people there felt like LA to me though, I didn’t notice that much of a cultural difference.

It’s great to see that having fun is a really central aspect to your artistry, what else would you like to be known for when people listen to your music and why?

Everything I write about is totally real and honest, and I think when people can relate to whatever is going on in my personal life – that’s the best feeling. Whether it’s a fun song they can blast in their car to get over someone, or a sad song that makes them miss someone. Everyone gets front row seats to my f’d up mind.

Finally, what’s next for CARR?

I’m just gonna keep having fun and making music with friends.. I’m really excited to work on a full length album and of course tour (with zeppelin of course), also hopefully dip into the acting and film world a bit too. I really wanna do it all.

Loser by CARR is out now. Follow CARR @carrmusic