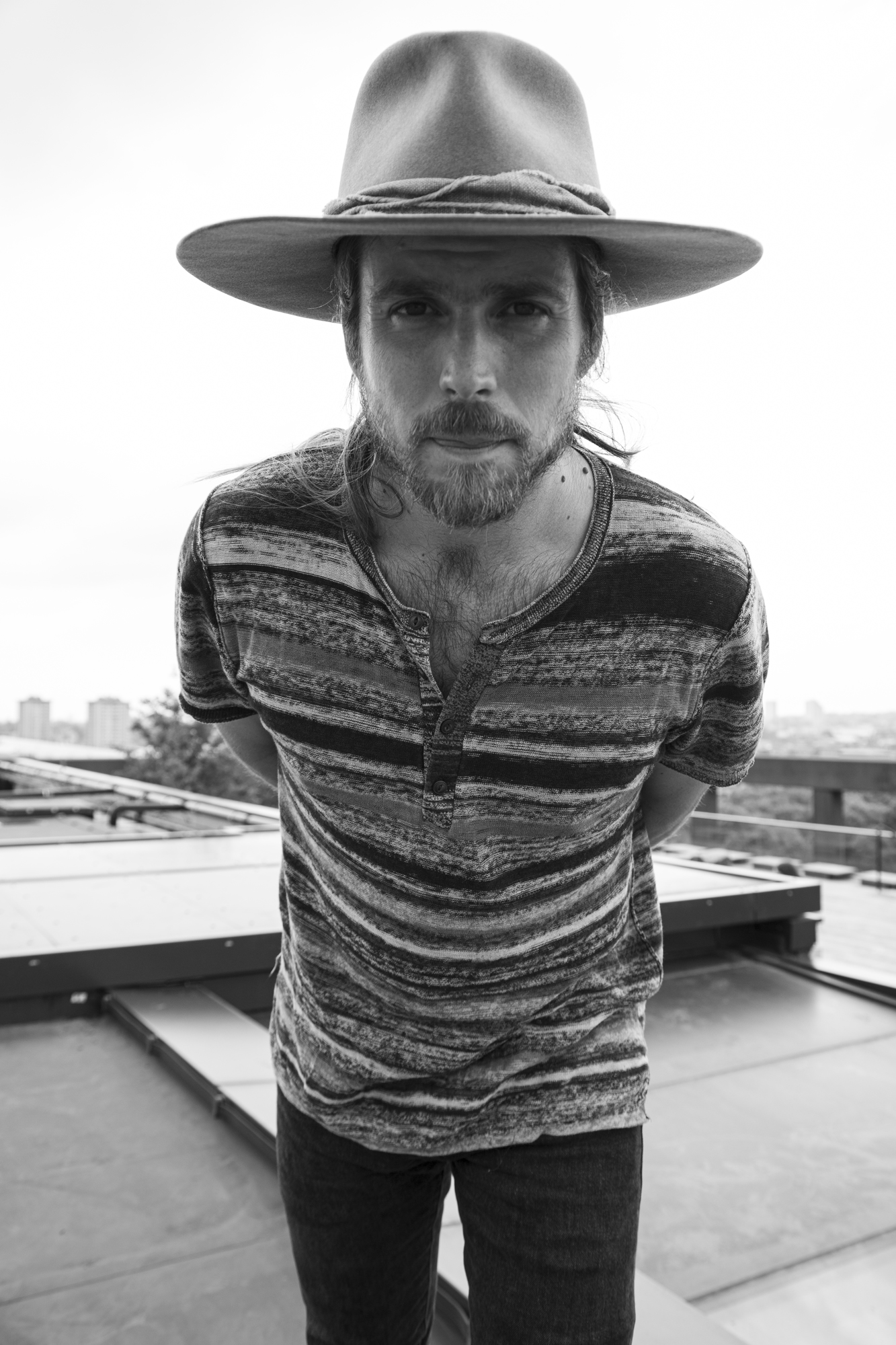 It seems almost prophetic that Lukas Nelson & Promise of the Real named last year’s album Turn Off The News (Build a Garden), for which they have recently followed up with a companion album, Naked Garden.

Although celebrating the album’s release has been difficult due to the ongoing pandemic, Lukas Nelson explains to 1883 how he has taken the opportunity to host a virtual festival in order to raise funds for Farm Aid —  a charity which his father, Willie Nelson, sits as President. Nelson also reveals to us his own philosophical musings and how it all feeds into his creativity.

Congratulations on the release of Naked Garden… You described it as a companion piece to last year’s Turn Off The News (Build a Garden), a very apt title for the times we’re living in. In what ways do the two albums complement one another?

We recorded all the songs [for both albums] in the same session, [but] the songs for Naked Garden didn’t quite make the release for the previous album. It’s not because they’re not great. In fact, I think in a lot of ways, they’re actually better, but we didn’t have the room to put them on. We were going to put a double record out, but it didn’t make logistical sense. I’m glad it happened the way it did because we have this opportunity to have something without having to go into the studio to do recordings, which is obviously difficult right now. It’s lucky that you didn’t have to worry about organising studio time for this release, but what about promoting the album? In what ways have you had to approach the album release differently?

Yeah, we can’t tour on it. That’s definitely a hindrance as you sell a lot of records when you go out on tour. It’s a whole other type of release but I have so many brand-new songs I can’t wait to go into the studio and work on them. I’ve written a lot since being quarantined here so I might even put out another record, not soon but next year.

So, can we expect a post-lockdown album?

Oh yeah, there will be and hopefully for years to come. I heard that you all wrote Naked Garden sat around a coffee table at Shangri-La and Village Studios?

What would happen is that I would come in with the songs written, and we would arrange the tunes together before each recording. We would sit at a coffee table outside the studio right before the recording of each song. Basically, the band hadn’t really heard the song so we would practice before on acoustic to get to know the structure of the song. We would then go in and do pre-takes, and if we didn’t get it in three takes, we would then move on. Most of the time we would get pretty good takes and that’s what we would use.

Did the recording process flow a lot better when you used that approach?

I’ve always been taught not to overdo it. The Beatles would take forty to fifty takes of a song before they got their track. Maybe we will do that one day, but my Dad [Willie Nelson] always taught me to just do a few takes and if you haven’t captured the magic already, you should probably move on and come back to it. There’s a looseness and a rawness which you miss if you over-practice it — you don’t want it to all be perfect. You’ve also previously spoken about your connection to Taoism?

I wouldn’t really say that I’m a Taoist; I would say that I have studied Taoism a lot. I’ve studied quite a few philosophies, but I think Taoism, like Buddhism, is more of a philosophical discourse than it is a religion. People have died at the hands of radical Buddhism as well so if there is ever a point where people are dying in the name of it, I would say it is pretty much a religion. I shy away from anything that I have to subscribe to or believe in as I heard this quote recently that ‘If you have to believe in something, it’s because a part of you already knows that you don’t actually know.’ Belief is a form of ignorance in a way as I don’t try and hold what is evident in my heart as reality itself. Something I know is that I have the ability to be happy and be at peace with myself regardless of how and why. That is just the journey.

Do these reflections feed into your songwriting?

I think all of us have a capacity to be extremely creative — except that most of us have too much going on in our heads to allow that creative energy to really flow. You have to clear your mind in order to make room for inspiration to flow; it comes when you’re quiet. This is just the way I am; everybody is different, but I cannot really write in the middle of a dramatic episode so to speak. It takes me a while to process the event before I can write about it. I have to arrive at a quiet place in order to be creative with it. When I’m going through it, everything is too muddied to write about how I’ve grown from it. So do people know to check in with you if you haven’t written anything in a while?

Oh yeah! I don’t mind solitude, but if I’m not being creative it doesn’t necessarily mean that something is wrong. It just means that I had a break-up or something and I’m right in the middle of feeling bad about it all. Sometimes I will write something that will pull me out of it which is a rare occurrence. For example, the song ‘Find Yourself’, was a direct antidote to my feelings. I got really excited after I wrote that years ago. I was going through it with somebody and it had already been a long time of feeling this way before and I sat down to write something which came very quickly. It made me feel way better like I had transformed inwardly — I had turned straw into gold. When you can do that, it can really help you let go.

You recently hosted a live stream of a concert to raise money for Farm Aid, which your father is president of. Why is this cause close to your family’s heart?

Well family farms, especially now, have been hit very hard because they rely on a lot of small businesses to survive, such as farm-to-table restaurants whereas corporate farms have the ability to waste food. Right now, farmers are still growing and having to throw away their crops; it is happening on a corporate level too, but they can afford it. We really need to make sure that family farms are taken care of because they are the backbone of this country and they grow our food in a sustainable way. Creating local economies through agriculture is very important. It is a huge project, but one of the most important. We did this special concert and raised a lot of money, but we need way much more. We would only make a small dent on what is needed. If these farms go under, we would not have any say in what goes into our food, especially as they [the corporate farms] are going to lobby the government to deregulate themselves. Although your fans weren’t physically there when you were doing the live stream, did you still manage to have an emotional connection with them like you would at a normal concert?

I mean look, it is very nice, and I think they managed to have an emotional connection but there is nothing in this world like that compares to a live show. I think that’s what my band and I are the best at. Our bread and butter is the ability to play live. I think my band is one of the best live bands in the world right now… I mean we were in A Star is Born and did the soundtrack. We’ve backed up Neil Young and Dad — they’re my band and they’re the greatest. They are the best band that any artist could ever hope for and what we do best is play live, so I am looking forward to getting back on the road again.

Check out Lukas Nelson & Promise of the Real’s latest album Naked Garden below!