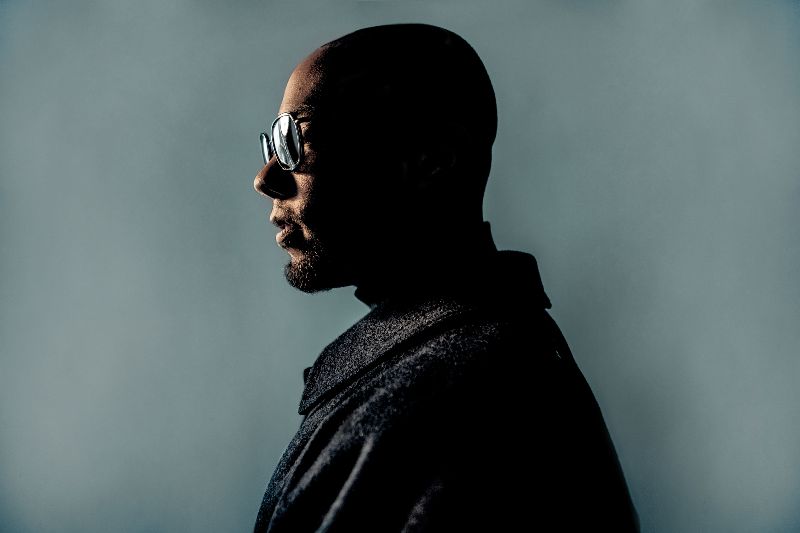 Born-and-raised in The Netherlands, rapper Maydien never even planned to get started in the music industry – he was aiming for a career in basketball instead. However, after trying out various beats and lyrics with his producer, they decided to take the leap and release one song after all.

Without much expectation they uploaded it online and immediately went viral with it. Ever since, Maydien has established himself within the Dutch music scene and beyond.

To this date he has opened up for some of the biggest acts worldwide, including Jay-Z and Frank Ocean, and released various successful singles that secured him his place in the music industry. We talked about all things music and touring.
So, for those who don’t know you – how and when did you get started in music?

I was making music with my producer since back in the day. It was just in the basement, just for fun. Someone from high school told me that I know about hip-hop, so why wouldn’t I get started in music as well. And I was like ‘nah, it’s not for me, I don’t know how to rhyme etc.’ And also, my English was the worst at that time, I was 17 and it was terrible. But then I started writing for fun and moved to Amsterdam and then at some point I got in contact with the artists out there and one time I send my music to another artist and got so much great feedback on and they told me to put it out. So one day I thought to put it on Facebook so there wouldn’t be too much backlash. But it blew up and the radio stations picked it up. We did not expect that, and ever since we got addicted to music.

Considering you moved to the States when you were 17 years old, did you make any connections to people in the music biz at all?

Back then I didn’t, now I do. Playing basketball was my dream, I played it at high school. I was not interested in making music at all, like at all. When I returned in 2011 I was releasing my first song, before then I was just playing around for nine years.

So would you ever listen back to your first song?

I didn’t even want to listen back to it after two months, haha. I made so many errors, when the song came out I was already thinking ‘shit, now I have to come up with other stuff’. I only had one song. And when people asked me about a second one I was like ‘Ain’t no next.’ So we continued. But I put the song behind me super fast, I don’t even have it no more.

Fast forward and you have supported the likes of Mick Jenkins, Jay-Z and many more on tour. How did that come about?

My first single came out in 2011 and my first big support show was for Frank Ocean, and a few months later I supported Jay-Z. I never met the guy but it was an amazing experience, even to be on the same flyer as him. It’s crazy, just crazy. Because of that, people started to book me more for support shows, and I got one for Anderson .Paak, for Snoop, Black Milk twice. It’s been dope.

Wow, not everyone gets to do that!

No, that’s a good thing. There aren’t many rappers in this country that rap in a foreign language. So when you rap in English you have higher chances for these opportunities here, rather than being a rapper in an actual English-speaking country.

What were the main things you learned from these big shows?

I learned a lot. Frank Ocean is amazing, he is one of the best in the game. The show was such more swing, you can dance to it. It’s got a different vibe. With Jay-Z it was different again as he just needs to start the mic and people start to sing his songs. I learned a lot from Paak, to be very honest. The way he stays humble, his energy is insane, he plays the drums, he can rap and sing and he is reachable in terms of the crowd. I learned from that.

Did you find it difficult to open up and warm up the crowd for these acts?

The Mick Jenkins crowd went at it, as well as the Anderson .Paak one. Dutch people are really listening. If I go to Asia they barely know me but they go crazy. But here they are stiff, which doesn’t mean they aren’t interesting.

It’s the same stiffness in London, haha. You also recently released a new single ‘Something Special’ ft. Ayelle. Is she Dutch too?

She is from Sweden actually. She lives in the UK. I never met her until the song got released, she did her part and I did mine. Our publisher connected us, they thought we were a good match. I didn’t even know she was on the song until I went to the studio. Only few months later we finally met.

Music connects. Do you have anything else planned for the rest of the year, music-wise?

Yeah, my EP is dropping on the 5th July. It’s called Maytrix and I used Maytrix because my name is Maydien, but everyone calls me May. I give the movie as a reference, because it’s diverse. The songs on the EP aren’t always easy to listen to and you gotta listen to it more than once.

Maytrix is out July 5th via Roche Musique