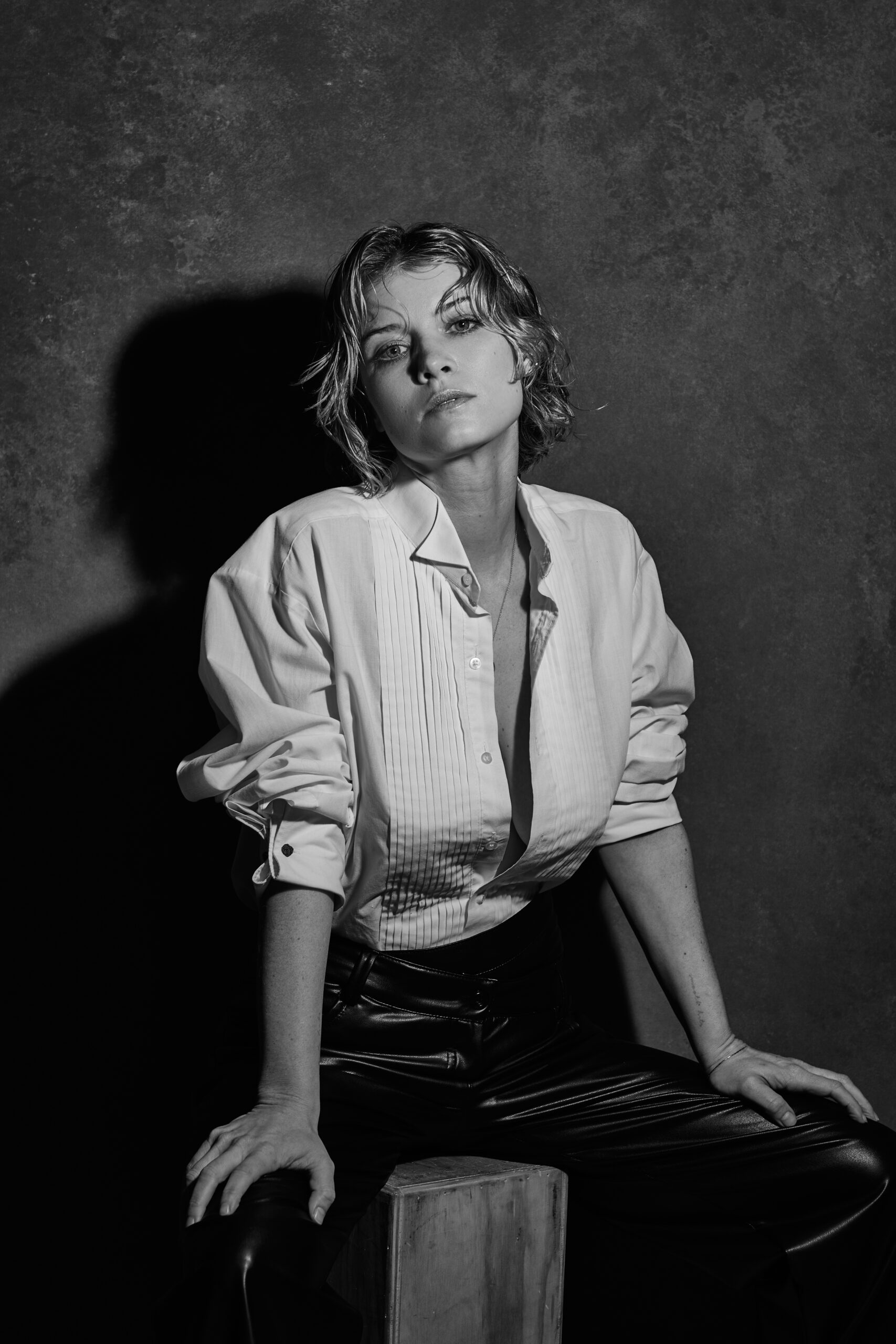 Sarah Jones is an actress best known for her leading roles in the FOX series Alcatraz, HULU’s The Path, and most recently, her stellar role in Apple TV+’s space-themed show, For All Mankind.

First beginning her career in 2004, the fast-rising actress has gone from strength to strength thanks to her ability for playing a varied range of characters across television and film. Now, her most recent role is on Apple TV’s alternate history 1960s space drama, For All Mankind, where Jones plays the character – Tracy Stevens, a prominent NASA scientist and astronaut.

With the second season of For All Mankind having kicked off last month, the enthralling show has already been receiving glowing reviews from an array of well-known publications. So with the buzz surrounding the show, Sarah Jones has been able to add another string to her acting bow, and hopefully it will lead her to be recognised as the forward-thinking and talented individual she is.

Chatting with 1883, Jones discussed For All Mankind, her career and issues within today’s American society. Let’s talk about the new season of For All Mankind, it has received glowing reviews from the likes of Rolling Stone and Vanity Fair among others, what is it about NASA/space-themed TV shows that audiences seem to love? And why do you think For All Mankind is responding so well with viewers?

(laughs) I have no idea why this show, or most shows for that matter, gain traction. I think the streaming platform provides a bit more freedom, but ultimately, I’d like to see studio/network executives let go of the constraints of creating content with some mystical formula under the guise of some business model that really doesn’t exist when it comes to the commitment of an audience. When it comes to storytelling, there’s just no way to predict how the story will hit. Maybe people ran out of shows to watch so they decided to watch For All Mankind, and realized it’s a solid series with characters worth investing in, maybe the escapism of the conception of space exploration took their minds out of their living rooms or bedrooms for a bit of time. Who knows. None of my business really (laughs), but it’s nice to know that the show is seemingly resonating on some level. Every single person in the cast and crew work their asses off to contribute to telling the most honest and compelling story we possibly can. We do the work. We give a shit.

You previously mentioned in an interview that you appreciate how the show takes its time with setting up the story and its characters, but what else led you to join the cast and play Tracy Stevens?

Ron Moore. (laughs) Really. At the time, when I signed on, no one else was cast so it just boiled down to Ron’s vision of the show and Tracy’s trajectory. It was a leap of faith because I was only given the first two episodes to read, and I really had no interest in playing an astronaut’s housewife – much like Tracy, in some ways. But, yeah, I’ve had the good fortune of working with some epic showrunners so how could I say no to the opportunity of working with one of the most epic storytellers of our time? For anyone who hasn’t seen For All Mankind yet, how would you describe the show and Tracy?

Well, if you’re familiar at all with Ron’s approach to storytelling, our show falls right in line in that under a tent of an extraordinary concept, the pulse of the show are the characters’ navigation of ordinary life experiences. How would I describe Tracy? I don’t know…I’d rather not project my experience of her onto the viewers, and let them have their own ideas, whatever that is.

Both seasons of the show focus on the alternate history scenarios of ‘What if the Space Race had never ended?’ And ‘What would happen if the Soviets landed on the moon first?’ If you could pick one moment from history to alter, what would you pick and why?

Oh, I don’t know where to start…’What if an Indigenous Nation from what is now known as North and South America had invented fire-arms and established trade throughout both continents before the European explorers washed up on their shores’?

Prior to working on For All Mankind, you also played lead roles in Damnation, HULU’s The Path, JJ Abram’s FOX series Alcatraz and more. What sort of lessons did you learn from your time working on these different shows? And what sort of roles would you like to take on in the future?

(laughs) Well. Uh, the lessons learned from those three series in particular sort of, um, coincided with personal life transitions and/or revelations. Some aspects of those lessons were more abstract than others. I guess that’s what happens though? Maybe it was because I was on location? But then again, For All Mankind shoots in LA, and at times became a complete mind warp in how Tracy and I related to each other. (laughs) God, that sounded like some ostentatious actor speak bullshit, but I don’t really know how to explain it. But yes, I learn lessons on every job, and they’re personal so I won’t bore you with the details. In terms of future roles? If the foundation of the character is written from a solid female perspective, I’m in. It’s great to see that you are vocal on social media and you use your platform to raise a discussion about important political and environmental topics, what is one topic you feel needs to be spoken about more in America today?

Well, to be clear, I don’t see my posting about something I care about as necessarily ‘using my platform’ since I’m not even close to being any sort of expert or authority on the topics I invest myself in. It’s just what’s consuming my thoughts, and I want to lend support towards the amplification of the leaders and educators that are participating in the day-to-day grind. So with that said, I hope that we aggressively call out and work to dismantle white supremacy and the dangerous practice of extreme capitalism that, in my humble opinion, is one of the many demon spawns that come from the structure of white supremacy. We do that, I think our path as a nation will become a hell of a lot more clear on the steps we need to take to commit to the vitality of the human race, not just its mere existence – the health of our planet, the collective physical and mental health of our citizens, how we educate our children, living wages for crying out loud, come on. It’s all related and connected. Also, the fact that I’m aware that what I just said might be considered controversial is absurd. I hope we normalize this discussion while continuing to put our words into action.

From your acting career so far, what have been your personal highlights so far? And have you got any cool mementos from the sets you’ve worked on?

Highlights? Wow, my mind just sort of went blank there. Um, I mean, anytime I get a job feels like some sort of a highlight (laughs). I guess knowing that I’ve been able to make a living as an actor, and that I have the privilege of participating in this unique lifestyle is a highlight in and of itself? I’ve worked with, and in some cases, established lasting friendships with some exceptional humans. That’s pretty cool. I don’t know, did I cover it? Oh, mementos, yes! I have one of my flight suits from For All Mankind.

Finally, what is one thing you would like to achieve in 2021 and why?

Receive a covid vaccination to do my part in building herd immunity, but also so I can dance all night with a bunch of people. (laughs) Just the thought of that sparks irrational joy.

For All Mankind is on Apple TV now 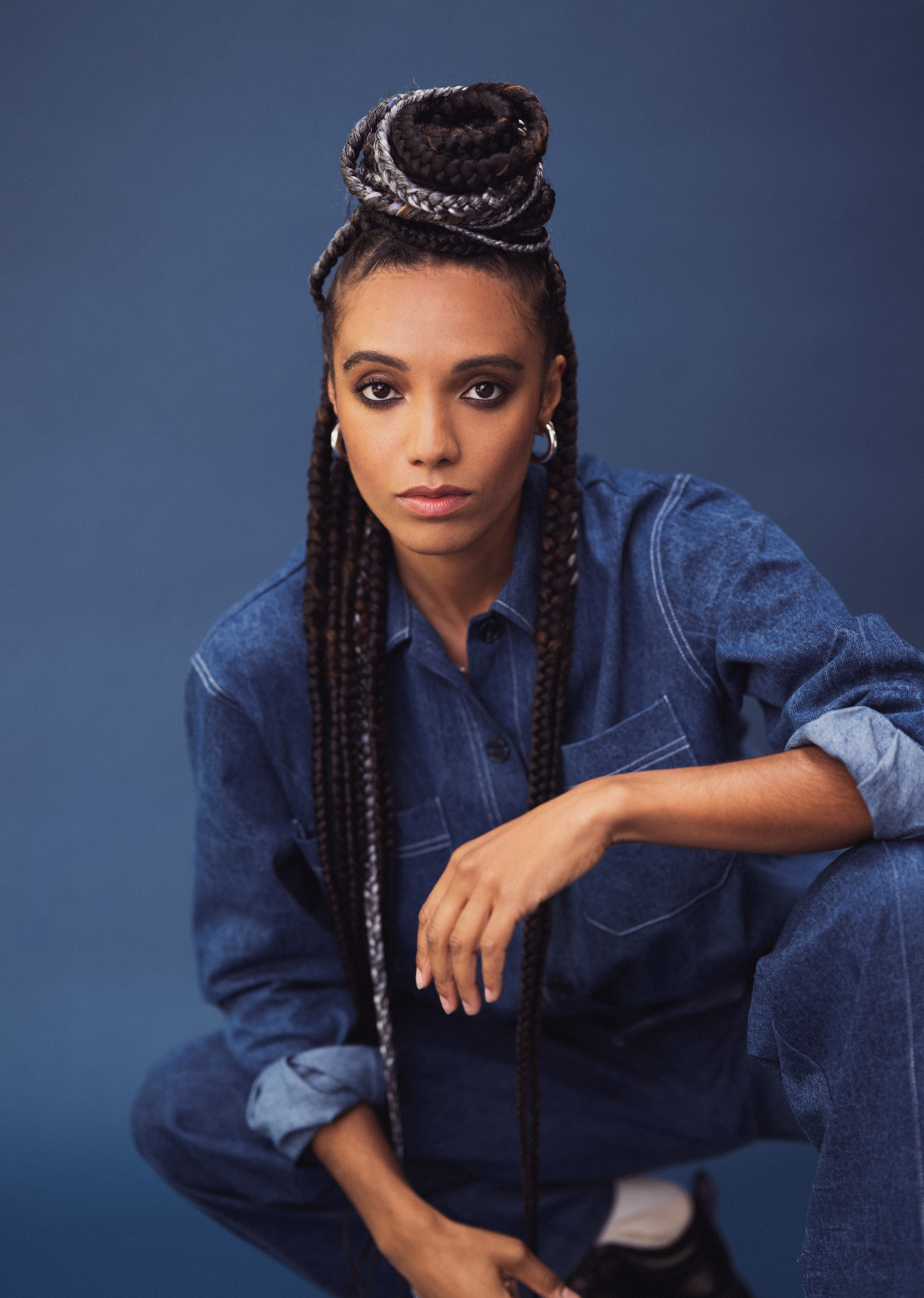 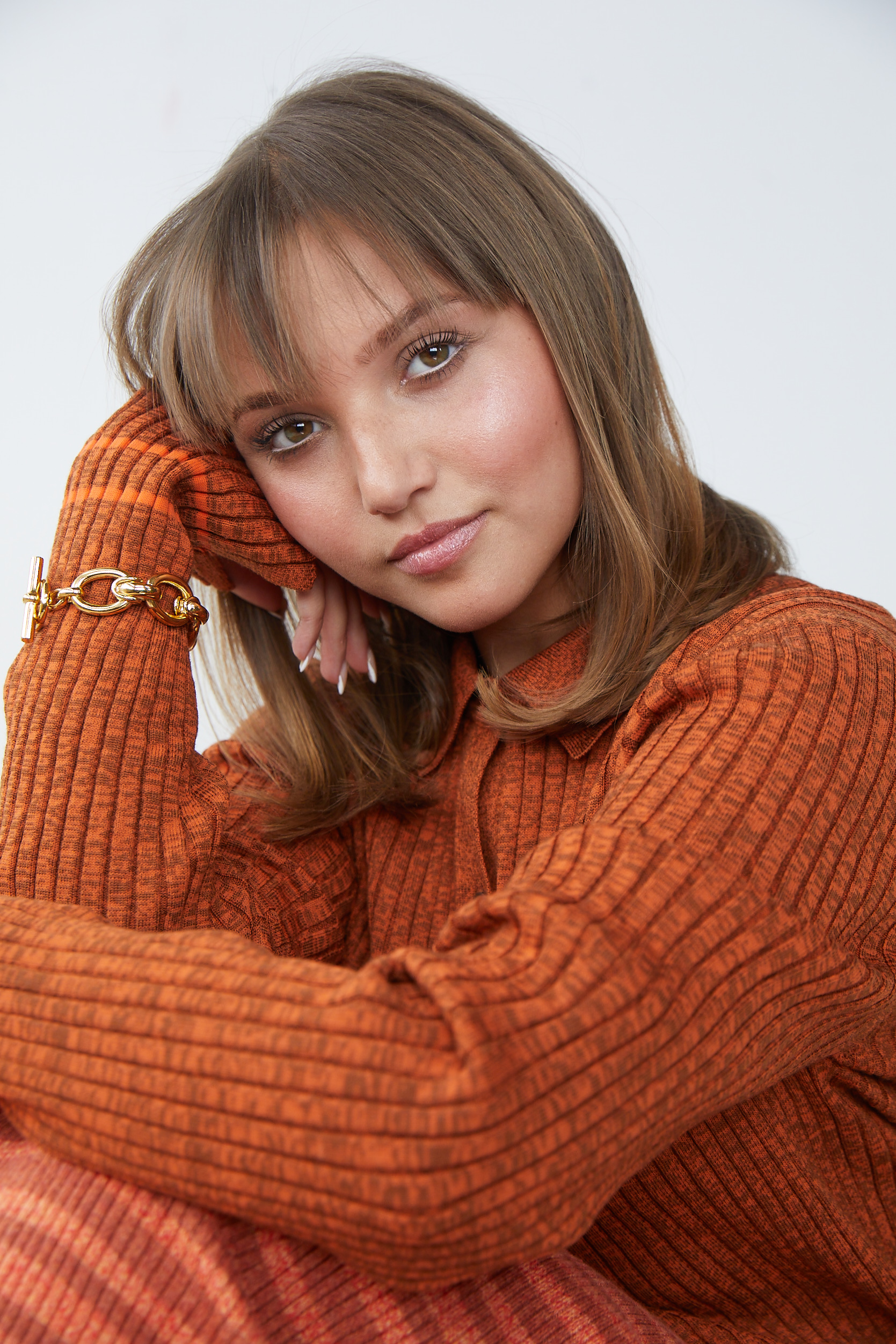 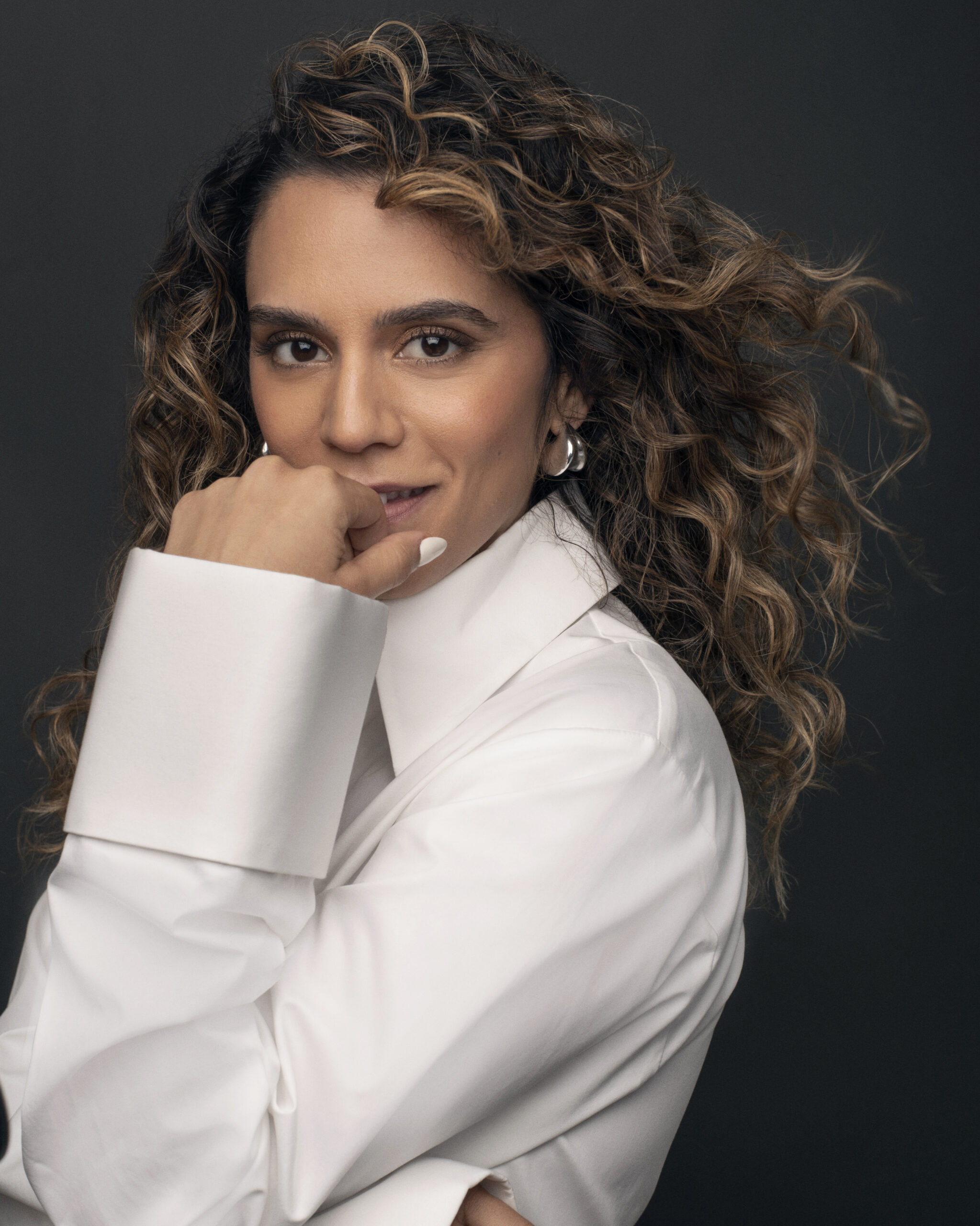