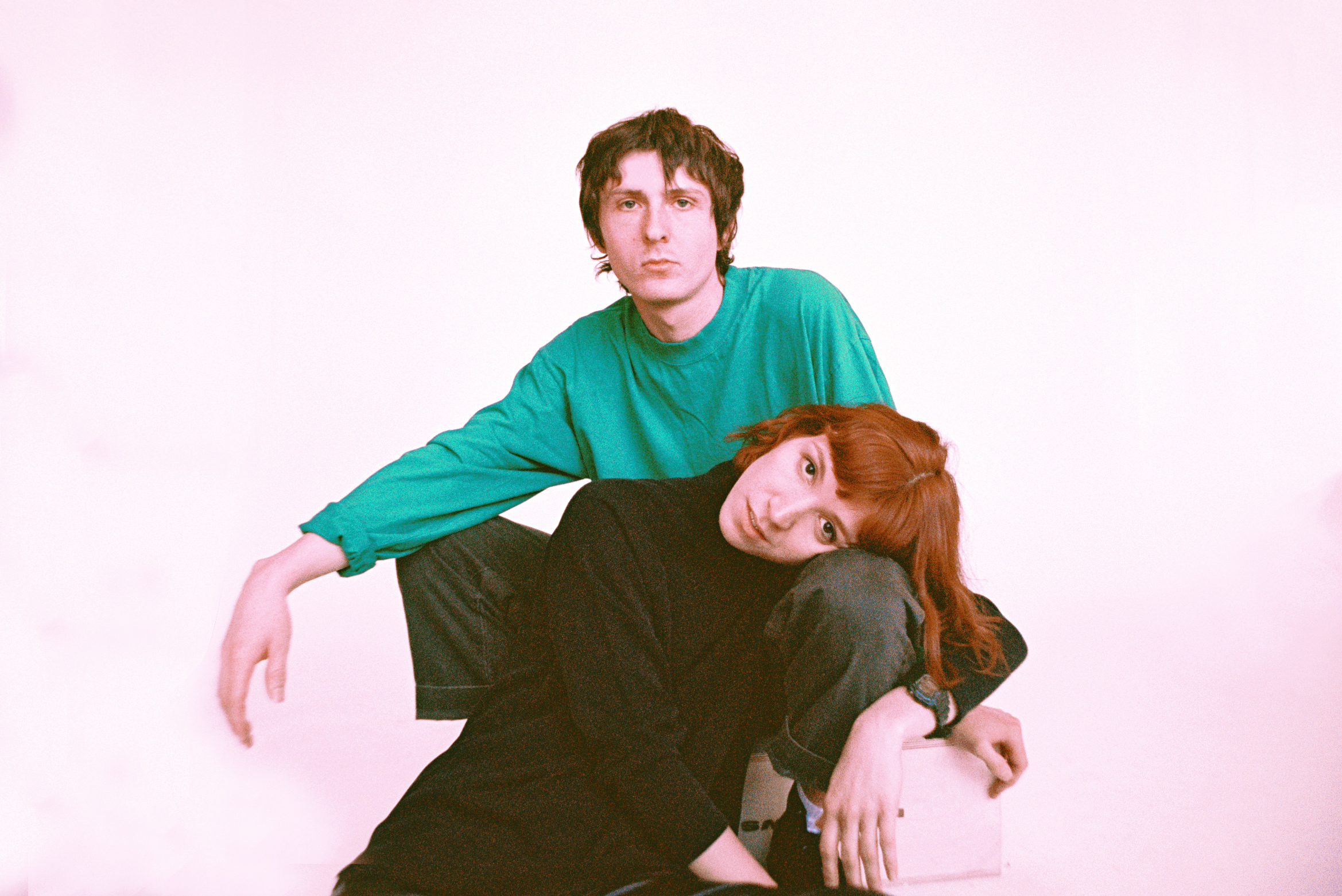 The ultra-talented duo Twen is hitting all the right notes with their catchy new single Make Hard and their debut album Awestruck.

Comprised of lead singer Jane Fitzsimmons and guitarist Ian Jones, this dazzling indie rock group tends to subvert norms. Up until now, they’ve only had live performances to go off of, offering audiences a unique look into their dynamic as a band. They initially toured without a record, a funny happenstance that’s become their calling card for dedicated fans. Their catchy new single, Make Hard, is out now and their debut album, Awestruck, is out on the 20th,

1883 had the chance to speak with the duo about their touring experience, the changing creative landscape and the importance of context within music. Read the interview below to learn more! How does “Baptism” represent your evolving sound and journey as a band?

Baptism was one of the first songs we wrote. Since we never try to write the same song twice, I wanted to try and write a song that was on one chord so most of that song is just written over an A chord. Giving yourself certain limitations or parameters to write within helps you to not repeat yourself or form patterns consciously or unconsciously. I guess this goes for everything in life too, so this exercise helps to keep things fresh.

What inspired you to tour without a record? How does it change or enhance the audience’s response?

We never meant to tour without a record, it just happened. As we started the band and immediately started traveling and playing shows, it was a pretty natural progression for us. It means you might have to work a little harder on stage because no one in the audience knows your songs, but maybe that makes it special for people because they discover us in real-time, in the flesh.

You’ve mentioned not wanting to tell people the lyrics—that they should go with what feels right to them. Why is that important to you?

In the beginning it wasn’t a conscious decision, it just felt right to us and we didn’t intellectualize it. As people have begun to ask us about it we’ve decided it’s cool to keep it on an intuitive level, where the lack of definition produces a more integrative and innocent listening experience. Kind of like when you are a kid and music just falls out of the sky. You don’t question it or analyse it, it just is, and you accept it. If we could learn to do this with everything in life maybe we would all be a little better off. I think there is a strong pull in our culture to analyse everything, but maybe in that process we fall out of touch with our gut instinct. So, Jane and I are always trying to strengthen our ties with our gut intuition and unlearn all of the worldly conditioning that makes us so crazy. Sometimes you just gotta notice what your gut is telling you. The second trick then, is to obey it.

What has been your favorite touring experience so far?

Playing Paris and getting to explore the city on scooters. Ineffable fun.

Do you have plans for this album on tour? How does your process work? Is it ever-evolving as you go along?

We’re always growing and changing, we can’t tell you anything for sure, you’ll just have to find out for yourself.

Tell us about your favorite songs on the album. Why do they resonate with you?

They resonate with us because we wrote them. Or maybe it’s the other way around;  we wrote them because they were resonating inside of us. I like all of the songs and we wouldn’t put them out if we didn’t think they were worth something. They definitely came from a place of experimentation, exploration and inner growth, when we were just starting on this journey so they are all near and dear to our hearts and we can’t pick favourites. It’s always changing anyway so no point in picking favourites.

This nomadic, move as you go along idea is a stark departure from the regular album/touring formula—why does this work for you in a time where streaming seems to reign?

Just because streaming is the most popular way to consume music right now doesn’t mean it’s the most fulfilling, or that it’s the future. So much of what music is about is context. We fall in love with songs when there’s a context in which we discover them. For the most part we can’t rely on tech companies to provide us with that context. Mybe live music and travelling is the best way to form a strong spiritual connection with music. Eventually the Pendulum will swing and people will find more meaningful ways to partake in the listening process.

Twen’s lead single Make Hard is out now and their debut album Awestruck is out September 20th.