Album: Gotta Get Some Tissue! 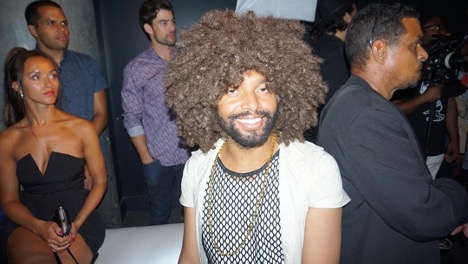 Pretend Michael Jackson and Prince had a baby together in the middle of a live performance. Later on, Lenny Kravitz ‘s genetics is later added to the gene pool of the baby. Thus you get Tyrone Evans Clark who is Jackson’s former protégé and Kravitz’s doppelganger with a hipster vibe.

Aside from his career in music, he appeared in several television shows and films such as Velvet Buzzsaw (2019), Netflix’s Magic for Humans (2007), BET’s Running Out of Time (2018), and Dating #NoFilter (2019) to name a few. In 2020, Tyrone starred in his own award winning television series and film Homeless Sam & Sally.

Today his music video “Gotta Get Some Tissue!” is an official selection of the 2021 Cult Movies International Film Festival for Best Short Comedy, Best Male Director, and Best Actor.

“Gotta Get Some Tissue!” allowed Tyrone to add in some pop with a taste of Hip-Hop/Rap. He began recording “GGST!” debut album during the US lockdown of COVID-19. A few issues are brought up in a few verses of the song such as the lack of tissue paper, but expressed in a playful comedy way.

From his song, “‎Gotta Get Some Tissue!,” Tyrone raps about “Gotta get some tissue to wipe my booty.

There’s no tissue to wipe my booty.

Sleeping Beauty wake up and watch out for your booty.

People in stores are taking all of the tissue that can be used for your booty.

Tissue friend I hate that you got caught up in a loose end while no one can comprehend.

Tissue I miss you. 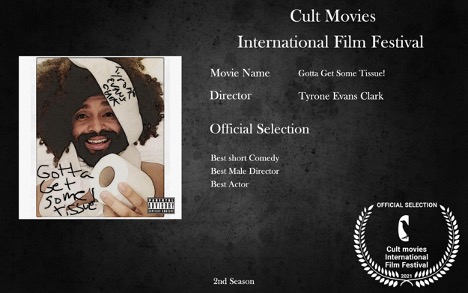 After the song was released, there were some cyber-attacks towards Tyrone on social media from fans. He knew before producing this song it was going to be a possibility that he might be turned down by some fans. In today’s society being sensitive to people’s feelings is a number one priority, especially if you’re a public figure like Tyrone.

“I can see how “GGST!” can be offensive to some people, but what I have learned living in this world is sometimes you have to make fun of painful situations in order to survive,” said Tyrone.

“GGST!” is uniquely different compared to the past music (Inside of Me!, Video Game, and etc.) that he has created since 2019. His genre is usually Pop/Rock or Dance, not rap. Again the lyrics are playful and it makes a light out of people buying excessive amounts of tissue/toilet paper.

Tyrone’s song might not be for everyone, but I commend him for being brave and bringing attention to COVID-19 in his own millennial creative way.