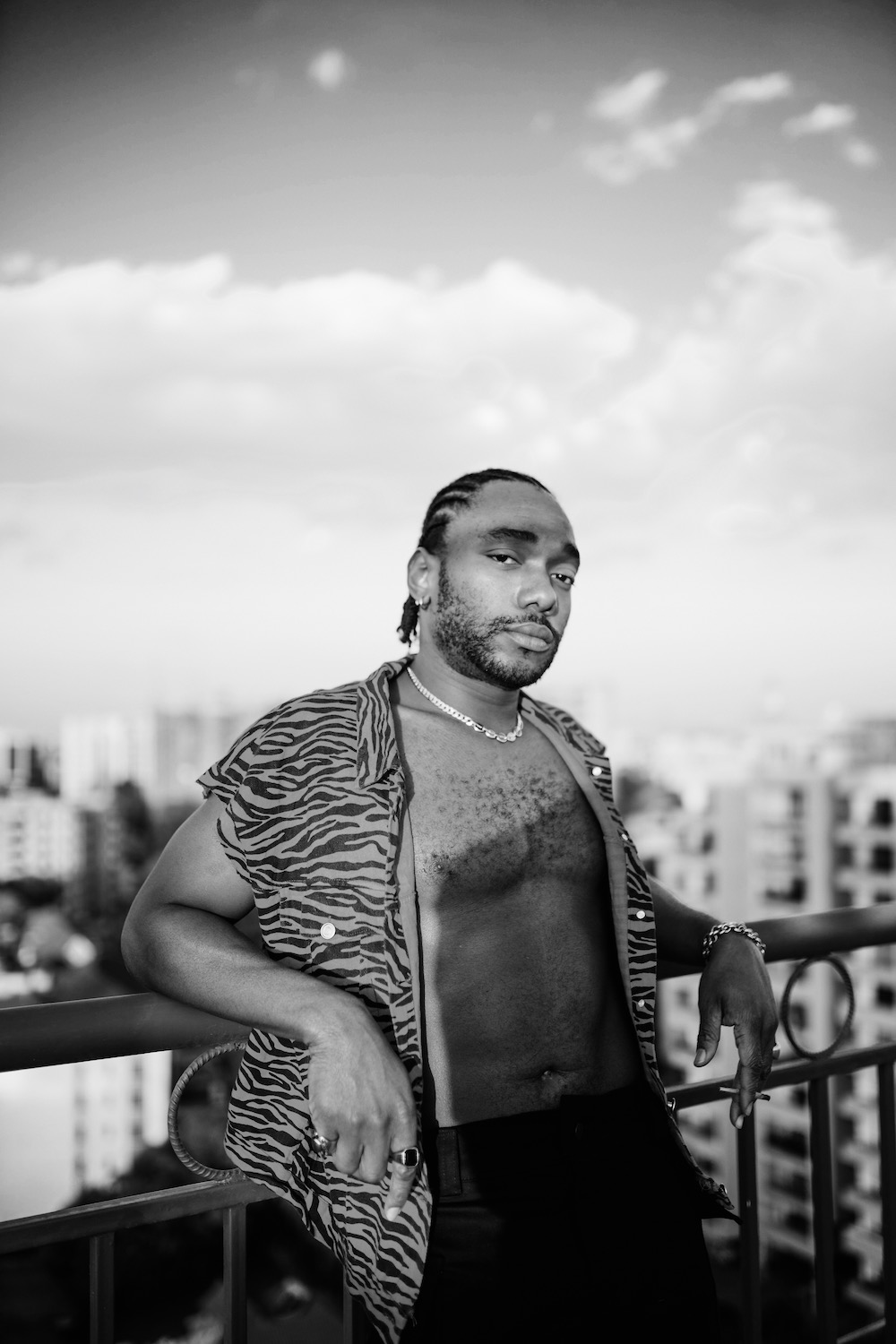 For Good Reasons is the latest offering from Nigerian artist AYLØ. Following the release of his 2020 EP Clairsentience AYLØ is back with a 10 track album that he describes as being darker and heavier than his previous material.

The project takes listeners on a sonical and lyrical journey that has AYLØ opening up like he hasn’t done before, speaking on the various trials and triumphs that we as humans face, the experiences we go through of love, friendships, losing ourselves, finding ourselves, and learning lessons.

The album displays a great diversity of sounds that are laced in RnB, neo-soul, Afropop and hip hop and display a strong elevation from his career so far, seeing a gradual growth over the last few years. Speaking with AYLØ we got a track by track breakdown of the album, getting a deeper understanding of some of the stories, memories and moments creating the album. 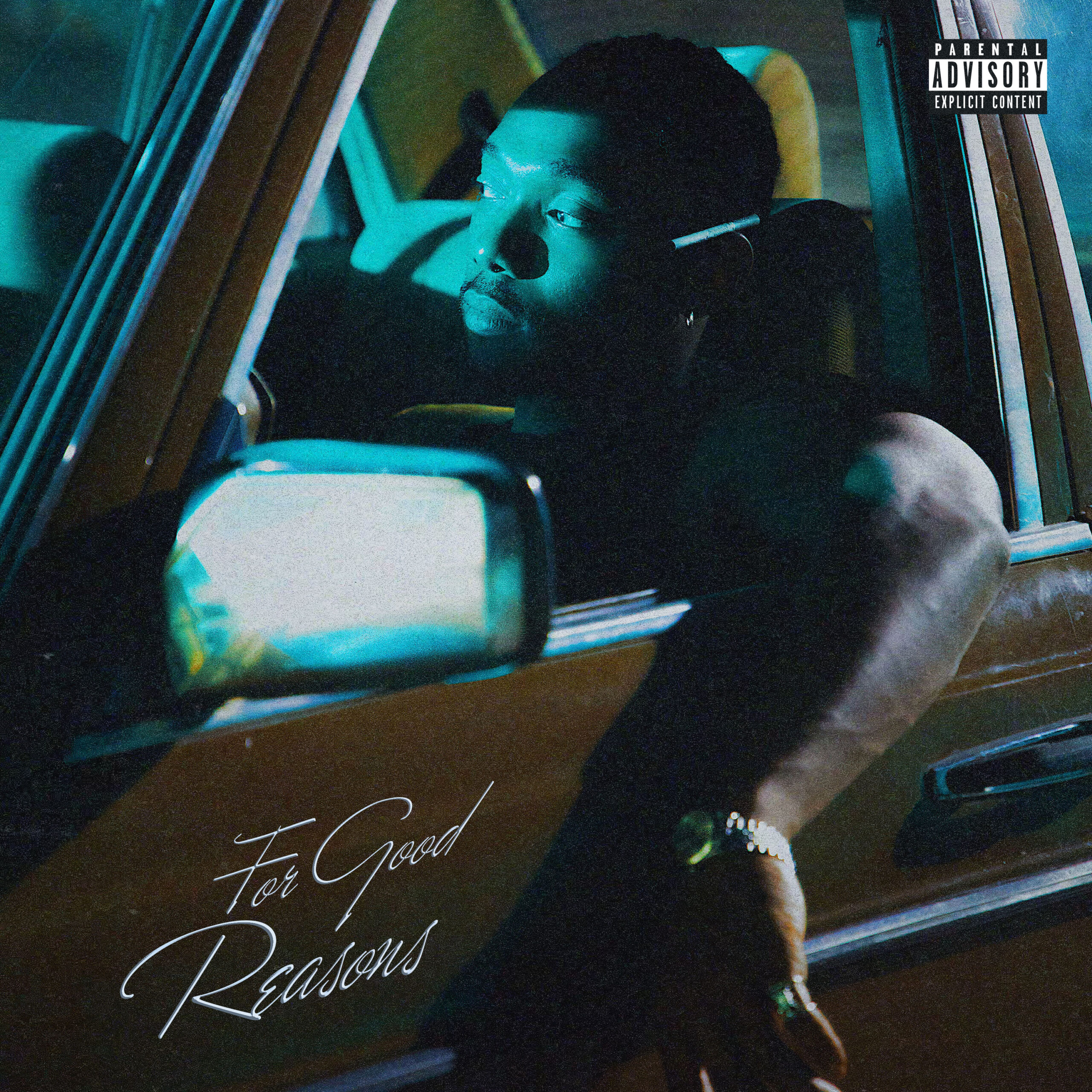 My understanding of the word Tekkers means skills. It is like a football thing, like people who play soccer at least in Nigeria when you say you have no Tekkers it’s like saying you have no technique or no skill when it comes to controlling the ball. So, for me, what I meant on this track, was me saying I want to showcase my skills, you know. Like in whatever rhythm I just want to show that like I’m I have, or I believe I have superior skills. And then to add the lyrics in I say something like “for the money I’ve been reckless” and in that, I was saying that at the end of the day, you know, this is music business. So there are certain decisions that I’m making, and I just hope I don’t regret them because there have been some that I have regretted and some that I haven’t, but all of them have led me to this point. So that’s what that song was about.

With DTRV2 it was produced by this guy called Sichangi, and that was, that was the title of the beat. So I do that sometimes where if you send me something and I just like it so much, I’m not gonna make any changes to the title. I take it as it is and I just go with it. The production had this Caribbean thing going on. And then I started thinking of darkening the rhythm in being part of the idea of what I was doing for like the project, like changing the sounds and making it more intense and much heavier overall. I make beats as well and I had this sample pack of like reggae and Rasta vocals with the whole Pull up Pull Up bit. So yeah, it just made me feel like a yardie that way.

I don’t live in the same city as my parents or my family. And I haven’t for a long time, like either cause of school or cause of, you know, my career I’ve always been far, far away from them. I see them for like a week, every year or every couple of years which is terrible. So, you know, I do miss home. You know they say home is where the heart is and how like charity begins at home and there’s all these like different like things about home. So it’s almost like if you are far from home you’re far from your being, you are far from your upbringing, you’re far from your lessons. You are far from some of your blessings. You know, just being that when you haven’t even had that homemade meal or your mom hasn’t cooked for you. You know, there’s energy being shared during that meal, that love, that taking care of you, you know. So Far From Home is like a mixture of all these things just trying to remind me of who I am.

BLVNK (pronounced blank) is very simple is just me once again, looking at my life and looking at all the rubbish that I’ve done in my career, in relationships, in friendships, in business and just wishing I could take it all back. Like if I had a second chance is it possible? But then at the same time, it’s like, you know, when everything happens for a reason if I could go back and do things over from like a couple of years ago, would everything happen the same way? Let’s say relationships, would that even meet this person? Would they even be the same? But you know sometimes have that feeling that I fucked this up though, but I wish I could amend some of my errors. And I would say that had been a theme for me over the past year. Like just wanting balance, I can be very stubborn. Like I just want what I want and that doesn’t always work out for me, especially with people. So yeah, BLVNK was just me looking at everything, like all cool I fucked up I wish I could take it back but I probably can’t.

So LXST (pronounced Lost) is I think the second oldest song I’ve had for the project. I made that beat for Santi in 2017/2018 somewhere in between those two years. When I was working on Insert Project Name my album I did in 2017 and I got the chance to work with Santi and Odunsi (The Engine) I just emailed them the same songs and they picked the ones that they wanted. I did the same thing with my production, and I sent the beat for LXST to Santi and the beat for Butter which is also on this project to Odunsi. And you know, you know how it is like it was like oh I like it But you know, things never got finished so that was. And then I think I was going through my hard drive, just working on the project and I wanted to just add stuff. LXST came into effect after I made James Bond because I wanted to fix a transition. You know when I’m working in music, there are different things. There’s the lyrics but then there’s also the production and the arrangement part. So sometimes it depends on which cap I’m wearing in the studio that day. Like what am I worried about today? Am I worried about what I’m saying? Or am I worried about the mixing, the engineering? Like what, what’s my worry today? So that time I felt like I needed something before James Bond and LXST was the thing that I needed.

So YP and Zilla live in Abuja. And Abuja is where my parents live and where my family lives, where I was raised for a reasonable amount of time. And I’m never really there. But I knew that I wanted a homecoming record, which is why I didn’t even have a verse on that, like I just knew I wanted a homecoming record and I wanted it to feel like Abuja, what the Abuja artists are doing, you know, heavy drill, heavy hip-hop, you know, like that’s what I wanted. So, when I got the instrumental from the producer, I was actually in Abuja so I just recorded my idea and then I created a group chat with two of them and I sent it to them and I was like, yo guys, I’m working on my project I need you on this. This is your record when can we make it happen? And we booked the session for like the next day and that was it the end. I just wanted a record that spoke to my time in Abuja and my love for Abuja for the fact that that’s where I’m from.

I think Denial was about that you never run away from yourself as a person. You know even as we’re making music and we’re doing what we’re doing, you do have certain thoughts that bring you back to that place. And for me writing music is also therapeutic, so sometimes when I’m writing stuff, I don’t even know what I want to write or how I’m feeling until I finish writing the song and then I’m like, oh shit that’s what I felt. So Denial is just when you are at that point, you know, we’re working hard but things are just not clicking the way I want them to. And it’s okay to blame everyone but at the end of the day, what did you do? It’s a recurring theme, which is also why the album is called For Good Reasons. Cause I’m hoping that everything that has happened to me has happened for a good reason. I’m hoping the mishaps, the good, the bad, the ugly, the lessons, the Ls, the wins, the choices that I’ve made. Everything is for good reasons.

So before I started working on this version of the project, there was like another version of the project that I was mostly produced by Tim Lyre cause we were staying together me, him and a bunch of other producers. This is like two years ago when we just entered the lockdown. And maybe I think it was a few months after there was a small break back home. So that’s when I moved with them and we just worked on tracks. We just worked on different tracks, like maybe 20 or 30 demos. And this was the one that worked from that time, Tim mixed the whole project and so as we were working and flipping through what we had I said ‘Why don’t we just finish this one up, you’re not gonna just be my engineer on this project.’ We’d worked on hundreds of songs, so I said lets just put this one in.

So I recorded this in Abuja as well. I recorded this in the same studio I recorded James Bond maybe a couple of days after. And so the original version I sent to this girl SUTRA who is just amazing and I said to her ‘Can you just do something?’ This is years ago, she did something real quick and sent it to me and I’ve had this since, you know, 2017, 2018. And once again, it was just one of the records that were sitting there. So, I was working on a few things, and I opened my hard drive and I see that song. So yeah, that was one of the records I was working on in Abuja and I remember when I was working I was just inviting people over to the studio. I recorded the saxophone and the guest features before I recorded my part, I was rounding off my project and anybody who wanted to could come in and give me what they had. When everyone had recorded their parts that’s when I sat down and just recorded my 8 -bar verse.

I think if you listen to the lyrics, I’m saying that I know I’m unique. I know I may not be the best but whatever state I’m in, in my life, I think if I can maintain my confidence and continue to do what I’m doing, then you can never replicate me. So I’m good, you know, it’s just about how to establish myself better. And always saying to people I’m not going to let you make me feel like I’m less than, cause I’m not. If anything it is that I have probably not made the best decisions.

For Good Reasons is out now, follow AYLØ via @aylo.sol